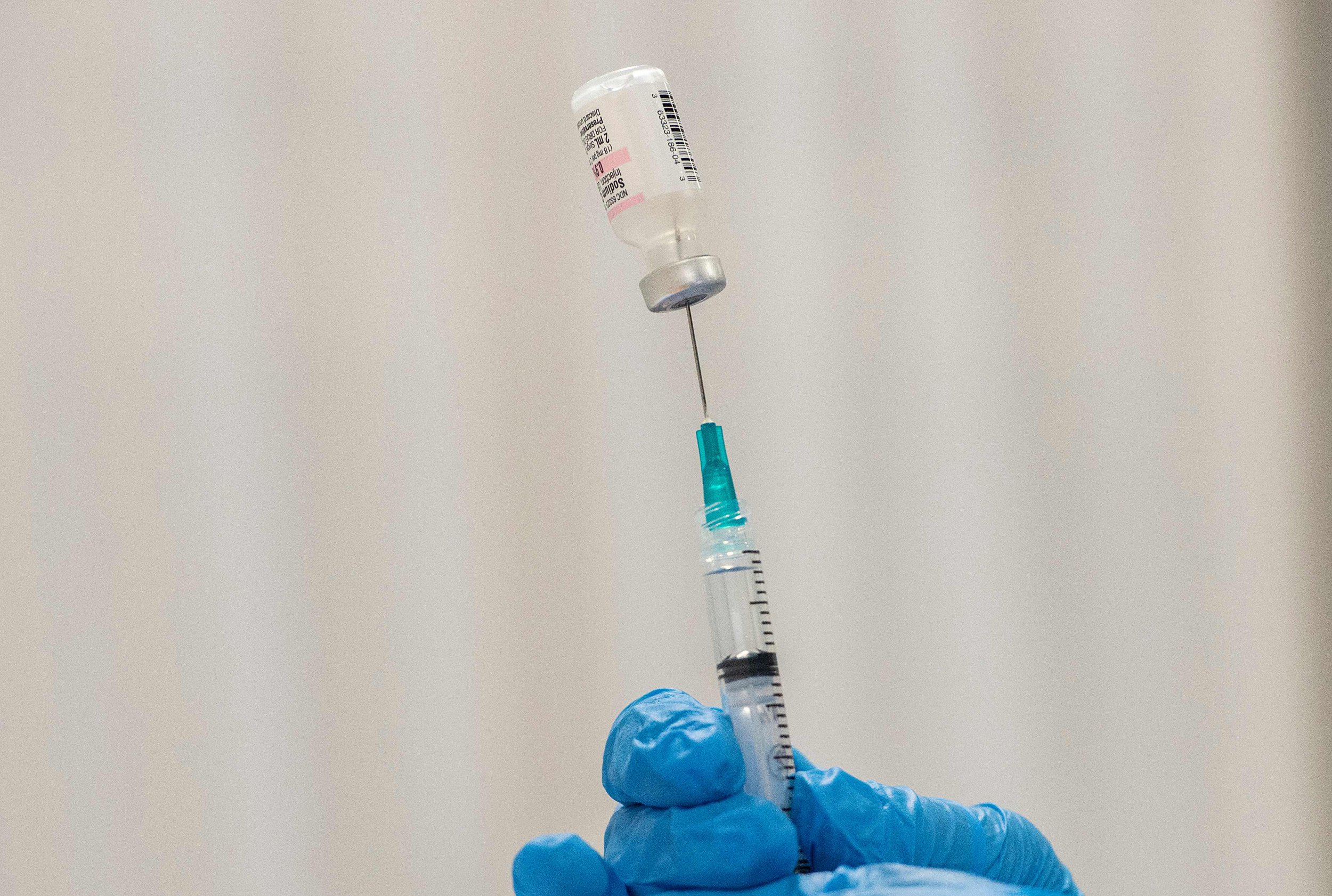 New research into the Pfizer jab supports the UK’s decision to narrow the gap between vaccine doses from 12 to eight weeks, scientists have said.

The interval offers a ‘sweet spot’ for both a strong immune response and protecting the public against the fast-spreading Delta variant, they said.

The ‘Pitch’ study, funded by the Government, found a 10-week gap offers a better immune response than the four-week one recommended by the jab’s makers, but given the Delta variant, the lead investigator said that eight weeks is a good balance as it will speed up second jabs.

Scientists found higher levels of both antibodies and T-cells, which help the body fight disease, in people who had a wider gap between their doses.

But their research has not yet been published in a peer-reviewed journal.

Chief study investigator and Oxford University professor Susanna Duanchie described an eight-week gap between the jabs as a ‘sweet spot’.

Getting both doses is particularly important for protection against the Delta variant, as existing research shows one dose of either the Pfizer or Oxford/AstraZeneca jabs is significantly less effective than two.

But both vaccines offer good protection against the variant after two doses.

Prof Duanchie said: ‘The decision to put [the dosing interval] to eight weeks is really balancing all the wider issues, the pros and cons – two doses is better than one overall.

‘Also, other factors need to be balanced, [such as] vaccine supply, the desire to open up, and so on.’

She added: ‘I think that eight weeks is about the sweet spot for me, because people do want to get the two vaccine [doses] and there is a lot of Delta out there right now.

‘Unfortunately, I can’t see this virus disappearing so you want to balance that against getting the best protection that you can.’

Prof Duanchie’s team recruited 503 healthcare workers who had the Pfizer jab with either a three to four-week or ten-week dosing gap.

Both intervals resulted in strong antibody and T-cell responses. But the scientists observed higher levels of both in people who had a wider gap between doses.

They also found higher levels of antibodies that could neutralise variants including the Delta variant in the longer interval group.

But they also noted these antibody levels dipped between the doses, potentially leaving participants vulnerable during this period.

The Joint Committee on Vaccination and Immunisation (JCVI) previously advised that first and second doses for all two-dose jabs should be given 12 weeks apart — eight weeks longer than Pfizer-BioNTech recommended.

At the time, the UK’s vaccine supplies were in short supply, and prevailing vaccine wisdom, coupled with early scientific evidence, suggested a longer gap between doses might boost immune response.

Vaccines minister Nadhim Zahawi said: ‘As we raced to offer a vaccine to all adults, we took the JCVI’s advice to shorten the dosing interval from 12 to eight weeks to help protect more people against the Delta variant.

‘This latest study provides further evidence that this interval results in a strong immune response and supports our decision.

‘I urge every adult to get both doses of the vaccine to protect yourself and those around you and we are looking to offer millions of the most vulnerable a booster jab from September to ensure this protection is maintained.’