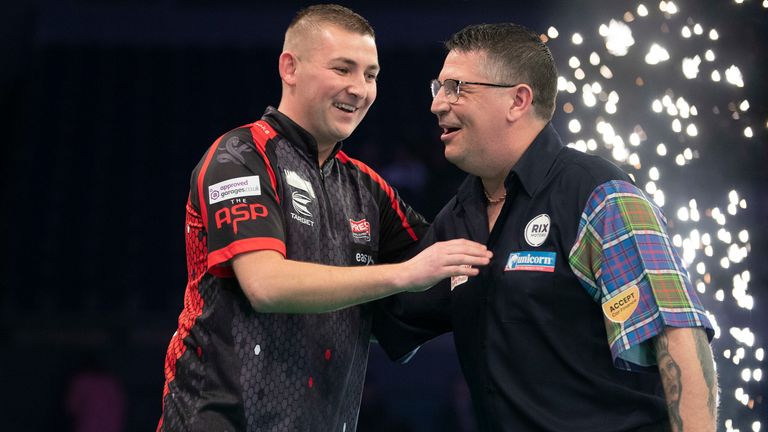 Michael van Gerwen prevailed in the darting world’s most explosive duel as he edged out Gerwyn Price 7-5 less than a week after beating the Welshman in the final of the UK Open.

Glen Durrant retained his spot at the top of the table with a 7-5 victory over winless Daryl Gurney and Peter Wright beat Michael Smith 7-4 following a decisive 10-dart leg to wrap up the points.

Hometown challenger Stephen Bunting salvaged a draw against Rob Cross having let a 4-1 lead slip, while Nathan Aspinall produced a superb comeback to rescue a point against Gary Anderson after finding himself 5-1 down. 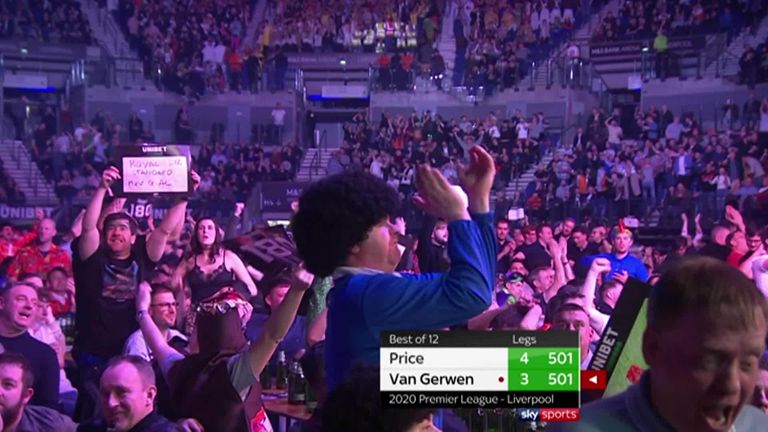 The result didn’t go in Price’s favour on the night but the Ice Man proved why he is among the world’s elite with a stunning 157 checkout while under pressure from Van Gerwen, who required 36 on his next visit for a break of throw.

In a response that summed up the contest, Van Gerwen returned to kick off the next leg with a maximum. 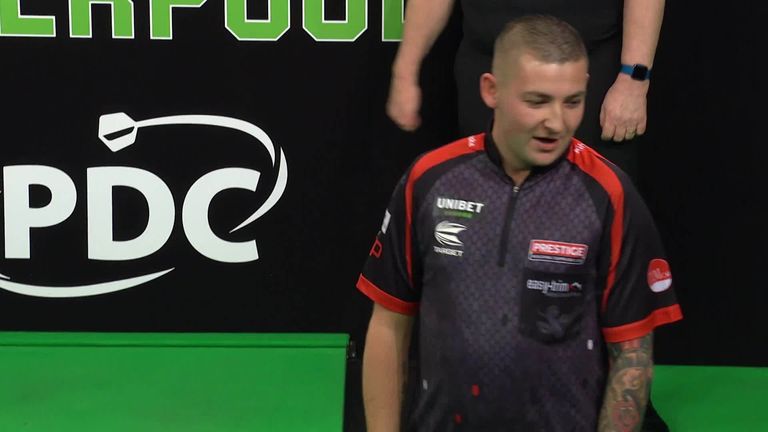 Aspinall reminded all of what a talent he is as he produced a ton-plus average from leg seven onwards to pick up a point against Anderson.

The 2019 UK Open champion had been the superior scorer earlier in the match but had struggled to take advantage, allowing Anderson to build what looked like an unassailable 5-1 lead.

Back came The Asp though, keeping his calm to take out 88 for a draw.

Very happy with my victory this evening in Liverpool, against a very good player in @Gezzyprice ??

Love a battle on that stage, as now I’m getting close to my best again. But there is still more to come.

Thank you Liverpool, and for all the amazing message ?? pic.twitter.com/rJpqs8MAMP

Van Gerwen took to Twitter after his win over Price to explain he feels ‘close’ to his best again. Close?!

Are we about to witness another dominant spell from the Dutchman? 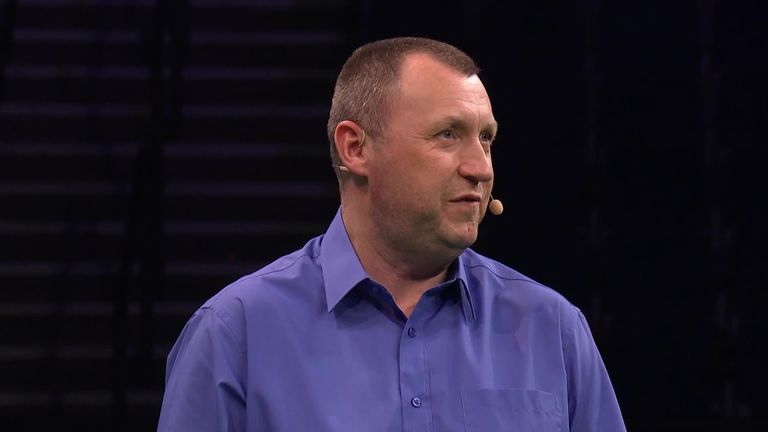 “He’s a winner,” said Mardle of Aspinall after his show of resilience to come from behind to secure a thoroughly-deserved draw against Anderson.

Mardle also touched on the level of respect among this year’s Premier League competitors as they continue to produce one of the tightest seasons in recent years. 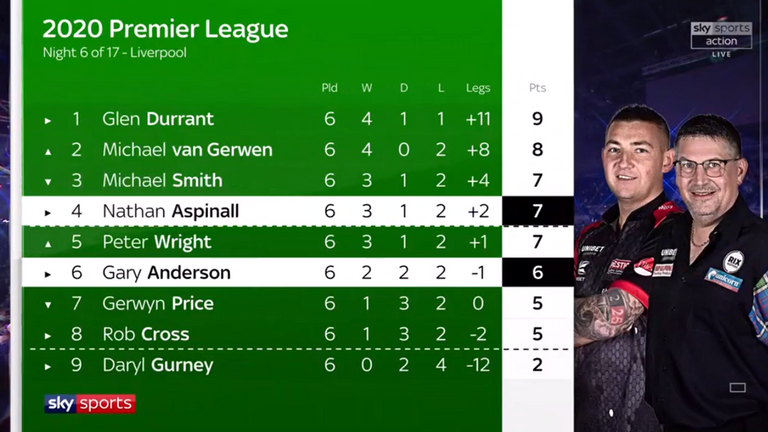 Durrant remains top of the pile thanks to his win over Gurney, but finds himself under pressure from a rampant Van Gerwen following his victory against Price.

Smith, Aspinall and Wright find themselves with seven points apiece, followed by Anderson on six.

World Champion Wright comes up against league leader Durrant, while Van Gerwen faces Cross as Voltage strives to put some breathing space between himself and Gurney at the bottom.