A FINAL Premier League table determined by MATHS could be the fairest way to decide how the season ends.

The Times have published completed standings for the English top-flight that predicts how many points each club are likely to end up with after every game is played. 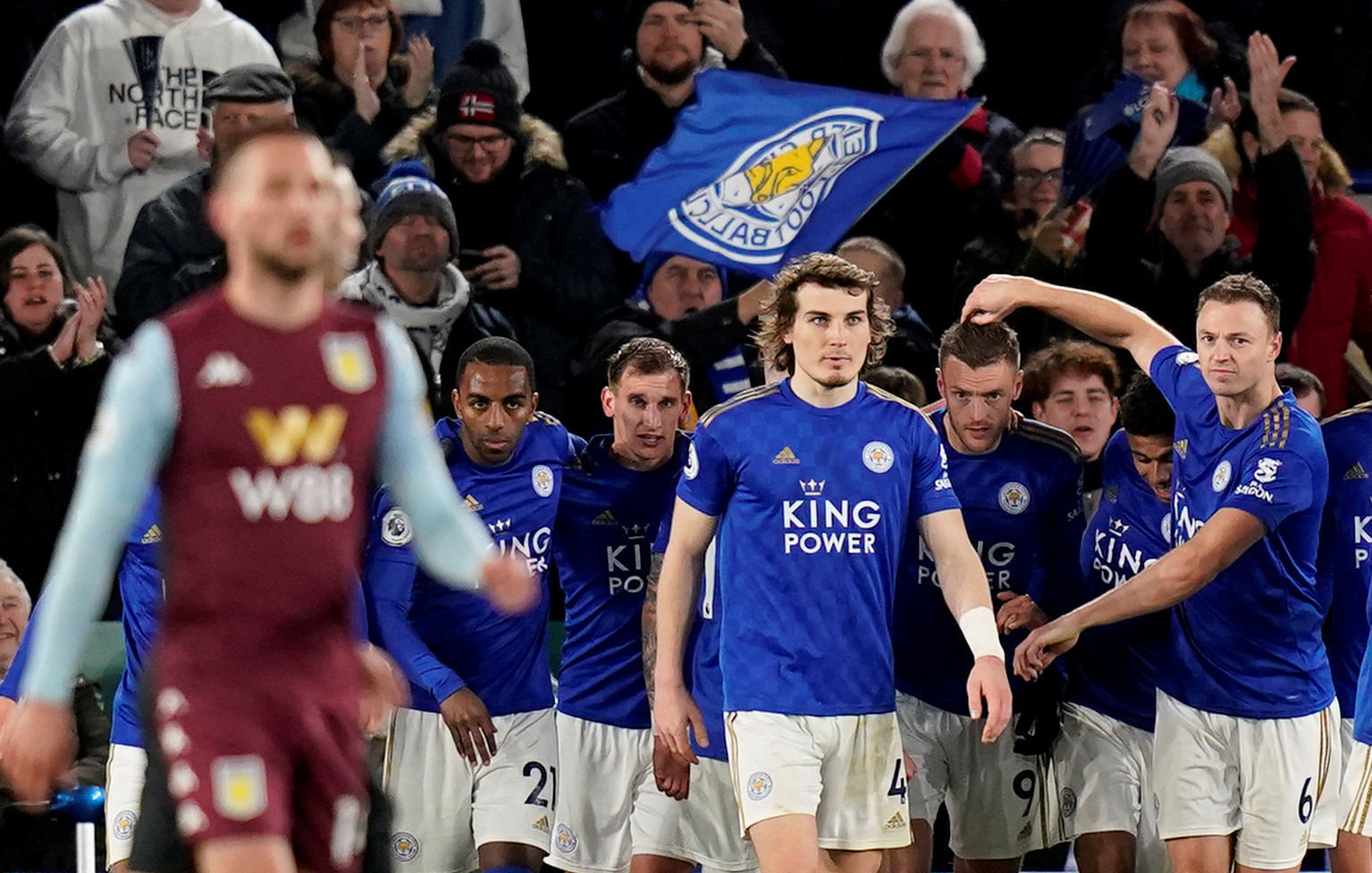 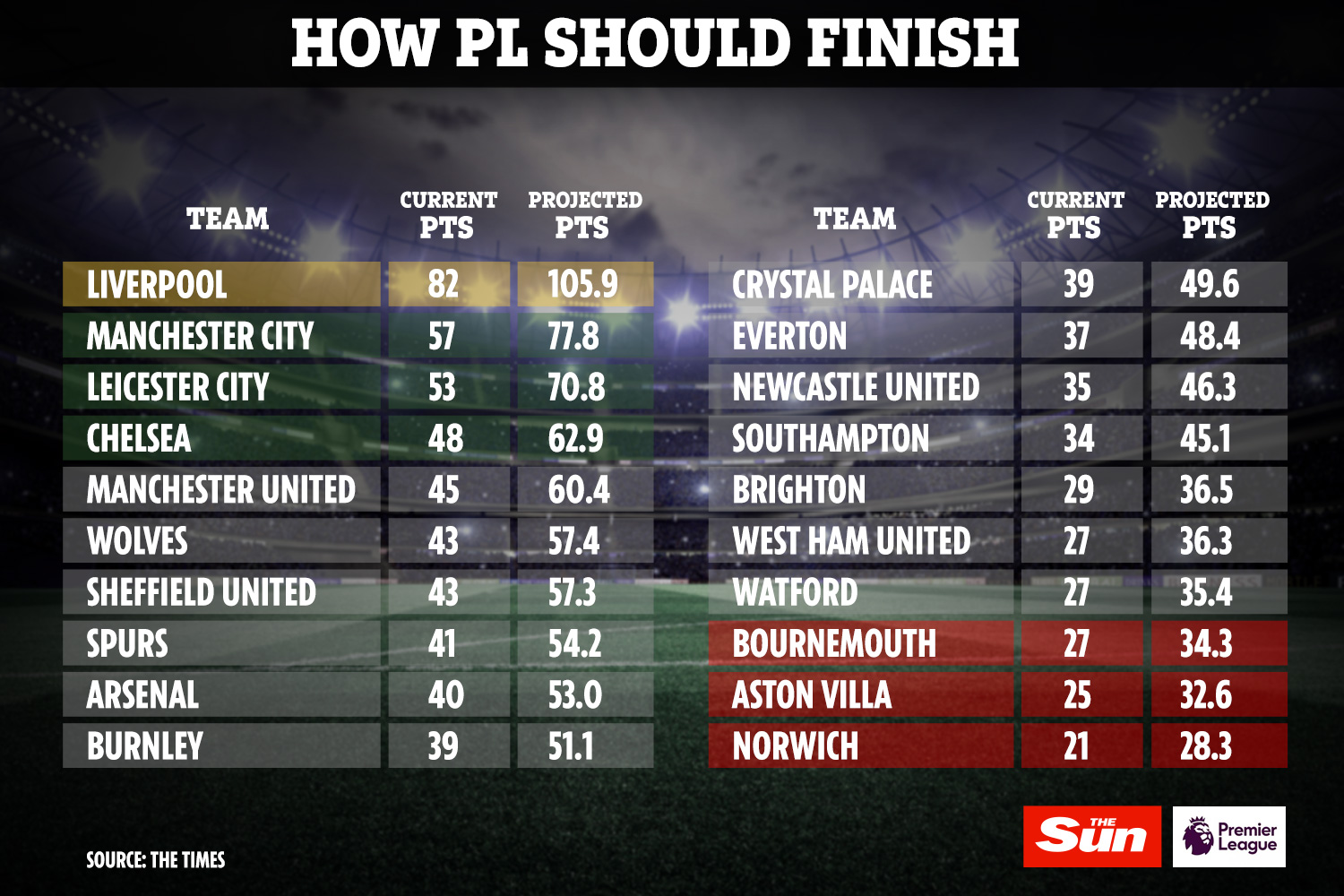 The sophisticated maths model takes into account the difficulty of matches left.

The model, which was inspired by the Elo calculation method, is now used by Fifa to rank men's and women’s national teams.

The prediction is based on the average number of points that the teams would have earned in the remaining nine or ten fixtures, factoring in home advantage as well as the strength of remaining opponents.

The completed model actually shows no changes in the position of the Premier League table now, despite some teams having games in hand.

AND THE WINNER IS…

As expected, Liverpool are crowned champions and as well as taking the title from Manchester City, they will also smash their record for most points amassed in a Premier League season.

Yet should City's Euro ban hold-up then it's good news for rivals Manchester United, who ultimately place fifth with a projected 60 points.

At the bottom of the table, Norwich pick up just seven more points from their remaining nine fixtures and finish rock-bottom of the league.

But West Ham's easier run-in helps them beat the drop and send Watford and Bournemouth down to the Championship with a better goal difference. 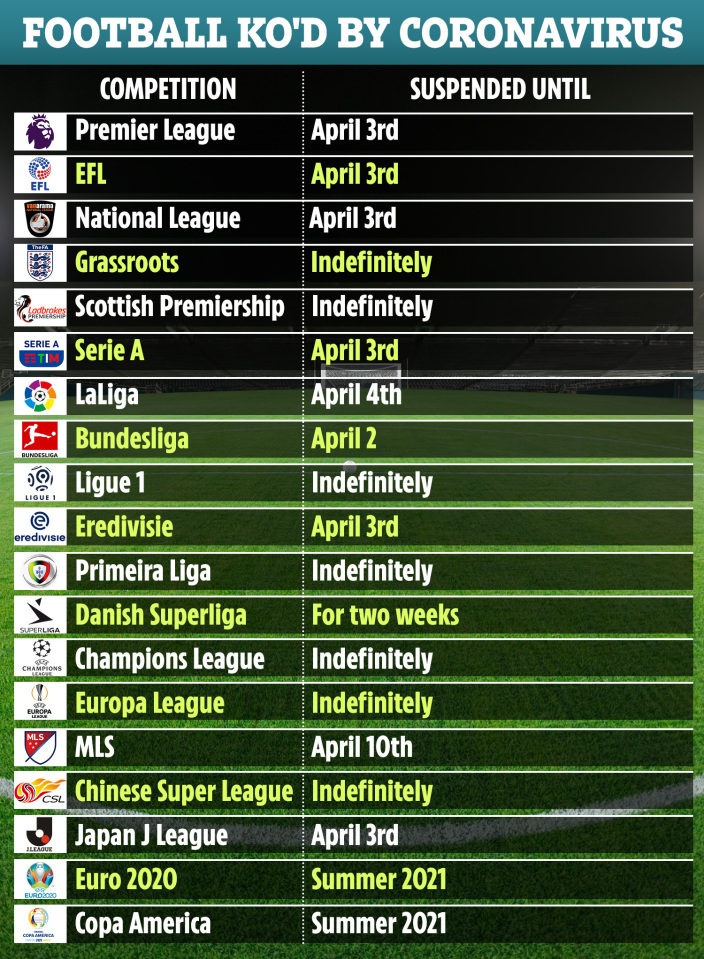 Yet SunSport previously revealed that worried Premier League club chiefs radical plan to save the season is to play all of the remaining 92 games BEHIND CLOSED DOORS with every game in neutral venues at a separate time,  live on TV.

Euro 2020 was postponed for 12 months on Tuesday due to the coronavirus in a desperate bid to allow nations to complete their domestic leagues.

But Prem clubs fear England could be the one country unable to fulfil their fixtures.