In December 2019, China noticed that there were an unusuallyhigh number of patients with flu-like symptoms in Wuhan, located in the HubeiProvince. It was quickly realized that there was a new disease causing thetrouble: It was a new strain of coronavirus.

Fast forward three months later, and the entire world is essentially on lockdown, as the virus has made its way to every continent except Antarctica. And recently, Prince Charles, the heir to the British throne, tested positive. One silver lining to the prince’s illness, though, is that it could be the key to improving his sons’ relationship. 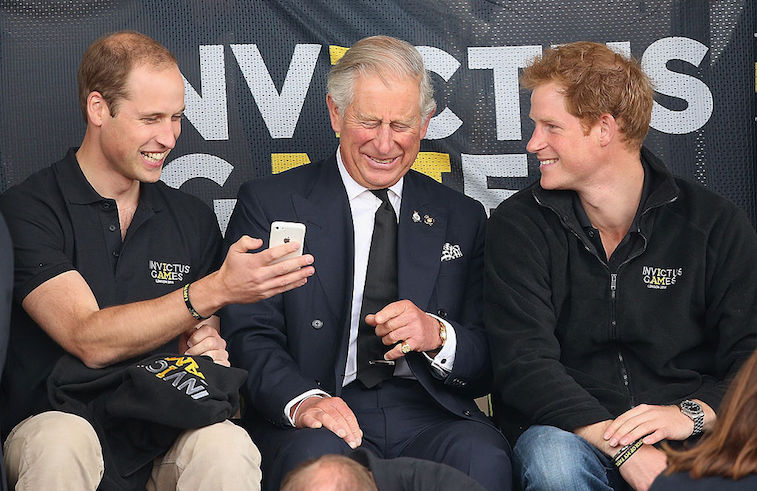 The tension between Prince William and Prince Harryreportedly started back when Harry met Meghan Markle. Though William wascertainly happy to see his brother so happy, there were rumors that he feltHarry was rushing into marriage. (Harry proposed to Meghan after only a yearand a half, whereas William waited nearly seven years before proposing to KateMiddleton).

Harry seemingly confirmed the tension in an interview he did while on his trip to Africa with Meghan last fall. He said the brothers would always love each other but suggested that they were on different pages. It’s unclear if Harry’s tensions with William played a part in his and Meghan’s decision to leave the royal family.

Wishing a very happy birthday to The Duke of Sussex today! ?

The two are reportedly trying to smooth things over

Now that Harry and Meghan have returned to the U.K. after completing their final royal engagements, there have been additional reports that the couple is trying their best to smooth things over with the rest of the family. It’s possible that spending some time away from royal life has made them want to fix things with the other royals.

“Things are in a better space now between the couple and the royal family,” a source told ET. “While of course there have been tensions, the family is getting through it.” Harry and Meghan seem to have always gotten along with Queen Elizabeth and Prince Charles, but the tensions between them and the Cambridges have supposedly been rising for a while.

Charles recently learned that he has become one of more than half a million people diagnosed with coronavirus, or COVID-19, the disease that has created widespread panic and forced the World Health Organization to declare a global pandemic. Charles, who is 71, is at especially high risk with the disease because of his age.

Coronavirus affects those over 65 more than any other age group, and it has no cure. Though Charles has been in good health throughout his life, his sons are undoubtedly worried about him. And the thought of losing their father might just be enough to help Harry and William get over their tensions. Charles will likely recover since he doesn’t have any underlying health conditions, but even the mere thought of tragedy is often enough to bring people together — especially family.

When Harry received the news about his father’s illness, hereportedly wanted to drop everything and head right to the U.K., which showsthat he ultimately still makes his family a major priority. Will the thought oflosing their father help Harry and William patch things up for good? It’s tooearly to tell, but we can only hope.