Fast learner! Prince Charles looks like a pro as he’s taught to operate machinery during his visit to a clothing company’s warehouse in Cornwall

The Prince of Wales looked in high spirits as he arrived to carry out engagements in Newquay, Cornwall today.

Prince Charles, 71, who is the patron of the Campaign for Wool, visited clothing brand Celtic Sheepskin and Co – whose products are sustainably made from material including wool, sheepskin and linen – to mark the firm’s 30th anniversary.

During his visit, the royal met with staff and was shown products – before learning how to operate a piece of machinery himself.

Later, he will attend a reception to celebrate the 30th anniversary of Cornish based charity Surfers Against Sewage. 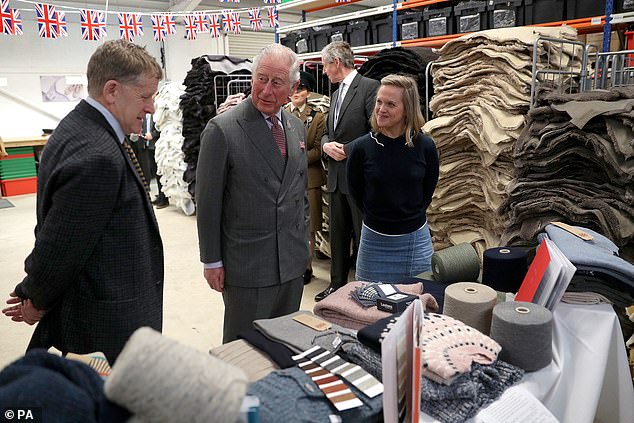 Prince Charles, 71, took a tour of Celtic & Co’s warehouse in Newquay to mark the firm’s 30th anniversary on Friday 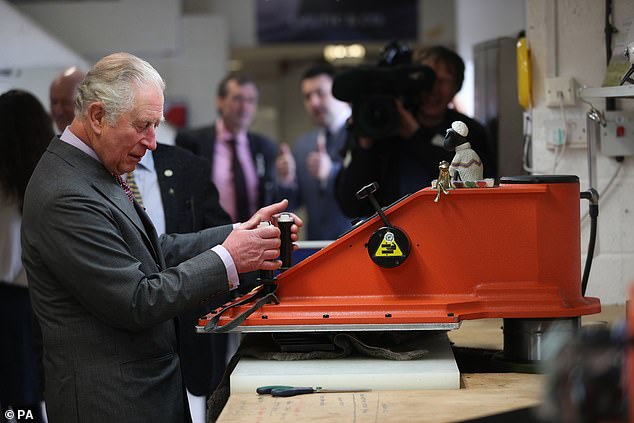 The royal, who is the patron of the Campaign for Wool, could be seen operating a machine during a visit to the clothing company

Charles, who was given a tour of the warehouse, learned of the production process of the company’s slippers from raw sheepskin to complete items ready for sale.

He then joined a reception for long-standing employees, company stakeholders and representatives from the Campaign for Wool in the shop.

To complete his visit, the future king unveiled a plaque to mark the company’s 30th anniversary.

Celtic & Co was initially started by Nick and Kath Whitworth as a small boot-making business in 1990. 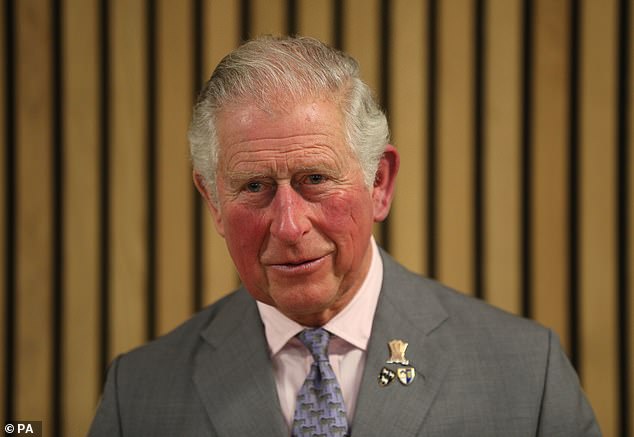 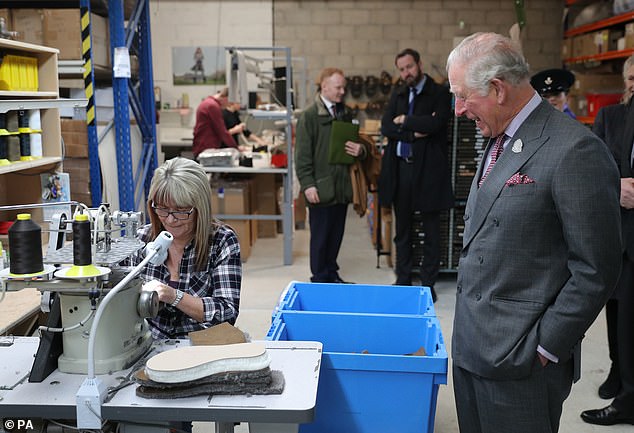 Charles, who was given a tour of the warehouse, learned of the production process of the company’s slippers from raw sheepskin to complete items ready for sale

Today, it sells to customers across over 60 countries, boasts 52 members of staff and had an impressive £8.9 million annual turnover last year.

And it is set to be a busy day of engagements for the royal, who will then participate in a workshop with Surfers Against Sewage at Nansledan School.

The Cornwall-based charity was founded in 1990 with the aim of protecting oceans, waves, beaches and wildlife.

Nansledan School, or Skol Nansledan, was opened in September and has 14 classrooms.

The Prince will undertake a tour of the school, before joining a reception for the charity.

To mark the occasion, the prince will sign a specially-commissioned wooden surfboard made by Cornish craftsman James Otter. 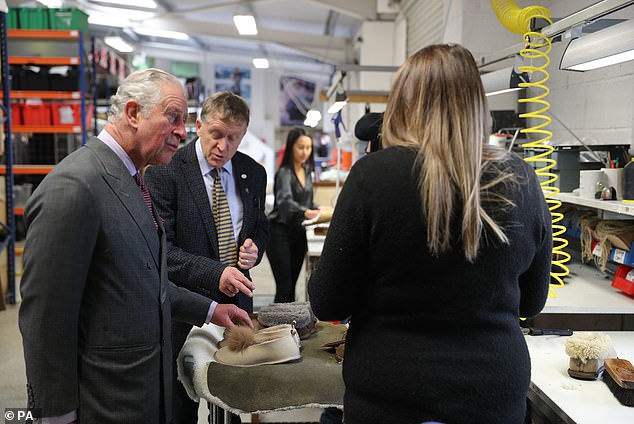 The Prince of Wales, as the patron of the Campaign for Wool, is shown products during a visit to Celtic Sheepskin & Co. Pictured, speaking with a member of staff 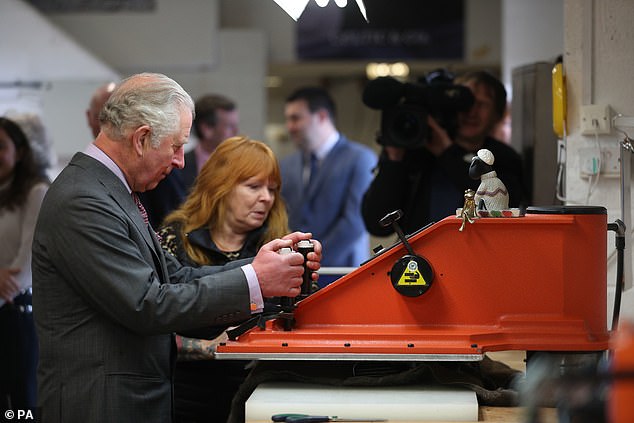 The company’s products are sustainably made from material including wool, sheepskin and linen. Pictured, Charles operating a piece of machinery