Prince Harry and Meghan Markle have had a difficultrelationship with the public ever since they started dating back in 2016.Meghan, who is American, was never well-received by much of Britain, and it ledto a lot of negative press and plenty of bullying.

For various reasons, the two announced their royal departure back in January 2020, hoping it would bring them a reprieve from the intense scrutiny. However, the couple’s Instagram account makes it clear that some people have less respect for them now than ever. 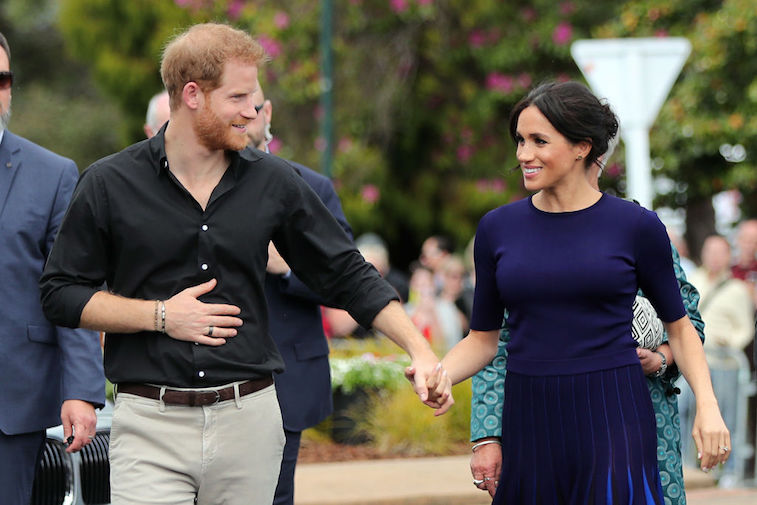 Meghan had a hard time developing a relationship with the public

When Meghan and Harry first started dating, the press almostimmediately began digging into her life. They created negative story afternegative story, which made it difficult for Meghan to win over the public. Thepublic started buying into the idea that the duchess had a bad attitude, and itmade it very hard for her to get on top of the negativity.

Rumors have swirled ever since Meghan met Harry, with outlets reporting that she is a social climber and that she didn’t treat Kate Middleton well. All of the bad press led Meghan and Harry to exit the royal family.

Earlier this week The Duchess of Sussex, in her role as Patron of the Association of Commonwealth Universities (ACU), met with the bright minds from across the Commonwealth to hear about their commitment to tackling the global challenges we all face. The Duchess spoke with Scholars studying and researching important areas surrounding; cleaning up plastic pollution in our oceans, helping to build more sustainable cities, improving health outcomes for citizens, and supporting decent work and economic growth. Paving the way as the next generation of leaders, these inspirational scholars, are spread far across the Commonwealth from Malawi to Malaysia, Ghana to Sri Lanka – all of whom will use the skills and knowledge they gain while studying in the UK to make a difference when they return to their home countries. The Duchess, who also attended university with support of a scholarship, is a strong advocate of accessible education for all. As the Royal Patron of The Association of Commonwealth Universities (@The_ACU_Official) since January 2019, The Duchess has met and engaged with students, academics, and staff from ACU member universities across the Commonwealth to learn more about the vital work they do to address global challenges. As President and Vice President of The @Queens_Commonwealth_Trust, The Duke and Duchess thank all those who are working to give access to education for all.

The two were hoping their royal exit would bring them peace

When Harry and Meghan announced their royal departure, theywere hoping it would bring them some sought-after peace. The two had dealt witha lot since marrying, and starting a new life in North America seemed like theonly way theycould escape it.

The two have seemingly enjoyed their time in Canada, which is where they’ve been since January (they did return to the U.K. for a while at the beginning of March, though). Meghan has been spotted walking the dogs with Archie, and the two are reportedly getting in touch with nature. However, the public is still able to express their distaste for the two via social media.

The public leaves brutal comments on the couple’s Instagram posts

Meghan and Harry have continued to post on Instagram underthe name “Sussex Royal,” despite that the queen would not let the two trademarkthe name. And though they try their best to invoke positivity through theirInstagram account, the comments are anything but positive.

The two posted a “Happy Mother’s Day” tribute on March 22, which was Mother’s Day in the United Kingdom. And almost all of the most-liked comments completely bashed the duchess. “You are irrelevant,” one comment read. “Please remove this Instagram and go underground and remain in your privy world,” another person wrote. “Please stop using this name. It’s shameful,” one user added.

No matter what you call your mum, this Mother’s Day in the UK, we honour the mums all over the world who do so much every single day, and now more than ever. Thank you ❤️

The couple’s previous post about mental health was also very poorly received. They saw massive backlash for suggesting that people could “digitally train” to become counselors rather than going to school for the profession. “This post is misleading and irresponsible,” someone wrote. “All those thousands I spent to train as a counsellor for 3 years, and now I learn that you can simply ‘digitally train.’ Get real!” someone else commented.

The duke and duchess have relied on Instagram to communicate with their fans and with the public. But now, almost all of the top comments on every post are negative. Though there has been no talk of the two deleting their account, it might be the only way they can escape the scathing remarks of the public. Perhaps they will launch a new account for their charity down the road and leave Sussex Royal behind. Unfortunately, having the account doesn’t seem to be doing them any favors.