‘I stand here ready to help you:’ Prince William reconnects with members of the Christchurch Muslim community that he met last year in the aftermath of the mosque terrorist attacks

The Duke of Cambridge joined a video call to reconnect with members of the Christchurch Muslim community that he met last year in the aftermath of the Al-Noor and Linwood mosque terrorist attacks.

During the call, Prince William, 37, talked to Imams and representatives from the Al-Noor and Linwood mosques, and the Muslim Association of Canterbury, about how their community is doing 14 months on from the attacks.

In April last year, the father-of-three visited New Zealand on behalf of Her Majesty The Queen to pay tribute to those affected by the Christchurch mosques terrorist attack, which killed 51 people during Friday Prayer on March 15, 2019.

The Duke met Imam Alani Lateef, Imam Gamal Fouda and Farid Ahmad, all of whom joined him on today’s call. 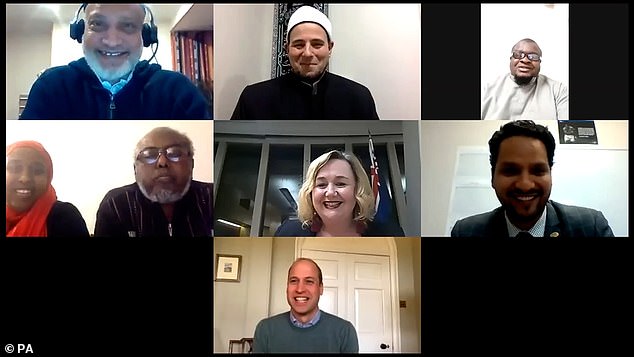 This comes as the gunman, Australian white supremacist Brenton Tarrant, 29, is due to be sentenced after pleading guilty to 51 counts of murder, 40 counts of attempted murder and one count of terrorism.

The shooting was the deadliest in New Zealand’s modern history, and the government responded by banning most semi-automatic weapons.

Prince William spoke about grief and healing with Imam Alani Lateef and Imam Gamal Fouda from the mosques, members of the community including Farid Ahmad who lost his wife Husna in the attack, and representatives from the Muslim Association of Canterbury.

He said: ‘As-Salam-u-Alaikum,’, meaning ‘Peace be unto you’, before asking about how the killings were still being felt by the community today. 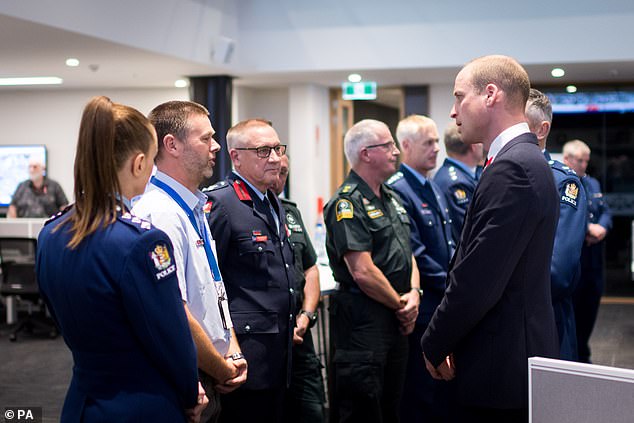 During his two-day visit to New Zealand last year, Prince William headed to the Justice and Emergency Services Precinct, where he met with the police and St John’s Ambulance staff, the first responders on the scene of the Christchurch terrorist attack 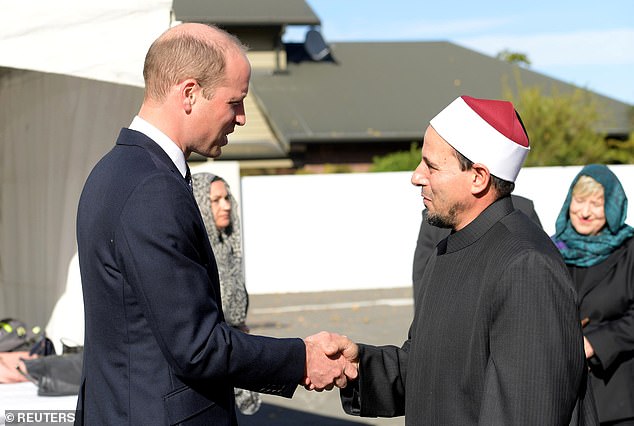 Community member Dahabo Ali told the duke she knows some families who are ‘still in shock’ and raw emotions have resurfaced following the guilty plea.

When the duke asked about the impact of the shootings on the younger generation, she said: ‘The youth are making Islamic identity normal so Islamophobia is something of the past rather than something continuing to fight every single day.

‘People are continuing to not only feel safe but have their voices heard and being seen in New Zealand.

‘I think with everything that happened we are being heard and seen and things are changing.’

Prince William told them: ‘I’m really proud of all of you, the whole community and the New Zealand Government for how you have all dealt with such an atrocity. 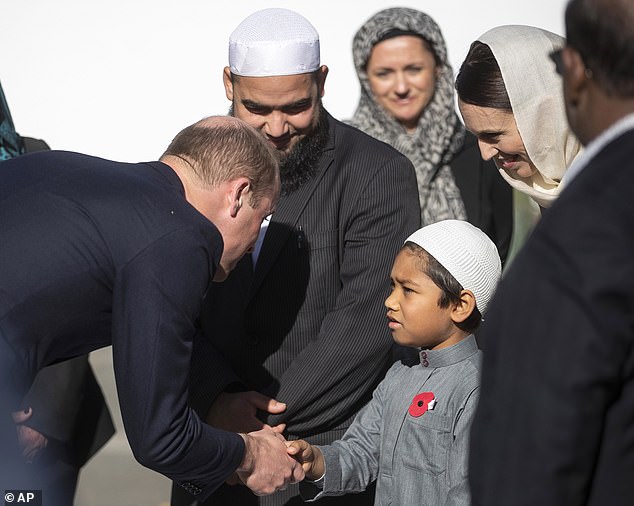 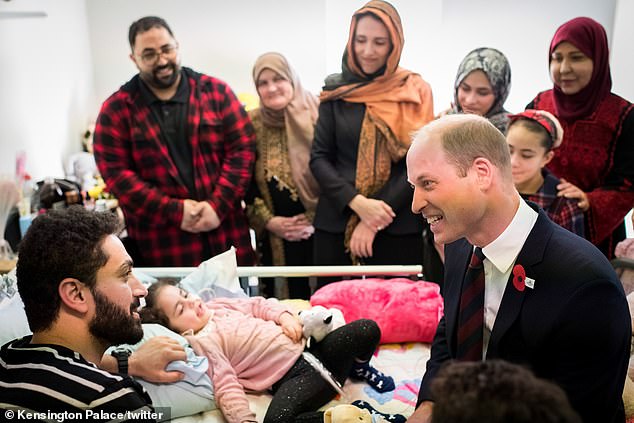 William also met with the family of five-year-old Alen Alsati and her father Wasseim, who were among the people who had been wounded in the attack, and were recovering at the Starship Children’s Hospital in Auckland

‘You are a role model for how something so tragic can be negotiated with the utmost grace and dignity.

‘I only hope that it’s been a year now and acknowledgement memorial of attacks go on at some point that Covid-19 has delayed and I only hope that brings further healing for all of you.

‘But I stand here ready to help in any way I can. If there is more than needs to be done don’t hesitate to reach out.’

Currently, Muslim communities around the world are observing Ramadan – which this year began on April 23 and will end on May 23.

Prince William spoke with the community following Iftar – the evening meal that breaks the fast.

Faisal Sayed, general secretary of Linwood Islamic Centre, told him the community has ‘rallied together’ to deliver food to families during the ‘very unique Ramadan’ and Imams have been using social media to connect with their flock.