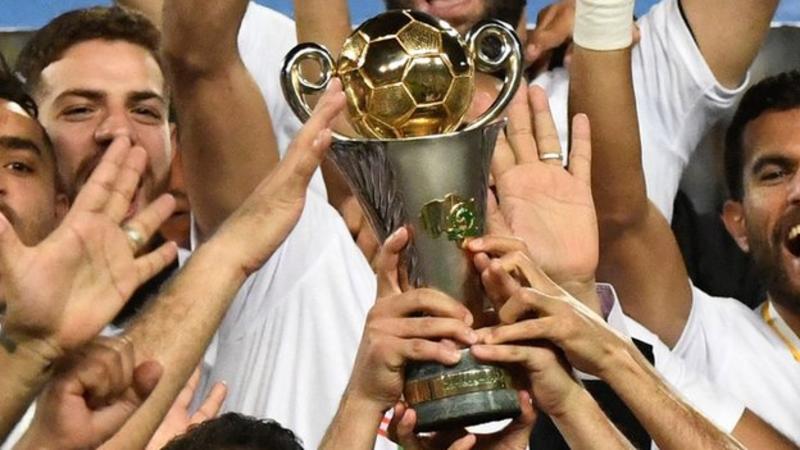 Debutants Pyramids FC reached the semi-finals of the Confederation Cup when beating Zambians Zanaco 3-1 on aggregate on Sunday.

Cruising through their maiden appearance in a continental club championship, the Egyptians lost 1-0 at home on Sunday after Rodgers Kola’s first-half winner but advanced courtesy of their impressive first-leg display.

In the next round, the cash-rich club will meet Guinea’s Horoya, who beat Nigerians Enyimba 2-0 at home to also win through 3-1 on aggregate.

Simeon Bolaji and Boubacar Samassekou both scored for the only unbeaten team left in the competition.

The other semi-final will pit Hassania Agadir against the victor of fellow Moroccan side RS Berkane against Egypt’s Al Masry on Sunday evening.

Hassania Agadir defeated Al Nasr of Libya 2-0, thanks to a penalty from Karim El Berkaoui and a last-gasp goal from Redah Atassi, to advance as comprehensive 7-0 aggregate winners.

Following requests by Moroccan health authorities, the game was played behind closed doors as Agadir reached the semi-finals of the competition for the first time in their history.

Agadir thorugh to semis for first time in their history.

(Karim El Berkaoui who scored a hat-trick in the first leg proved once again to be Agadir’s hero when he scored his side’s opener after 68 minutes from the spot. Redah Atassi scored four minutes into injury time with literally the game’s last kick as his side eased this way to the semifinals… The game was played behind closed doors in Adrar Stadium of Agadir, as requested by health authorities in Morocco.)

They will meet either compatriots RS Berkane or Egypt’s Al Masry in the semi-finals. Those two teams have just kicked off.