Rachel Johnson has insisted her brother is doing an ‘incredible job’ amid the coronavirus crisis, but admitted it is ‘hard’ to see him carry such responsibility in these ‘dark times’.

Appearing on Loose Women today with her new puppy, which she has adopted in a bid to comfort herself during the crisis, Rachel, 54, told that while it’s ‘really hard to know’ whether her brother is making the right choice, she ‘supports him’.

The journalist went on to defend her father Stanley, 79, who insisted during a TV appearance this week that he would be ignoring official advice from his son, and going to the pub that evening – with Rachel suggesting he was ‘supporting the hospitality trade’. 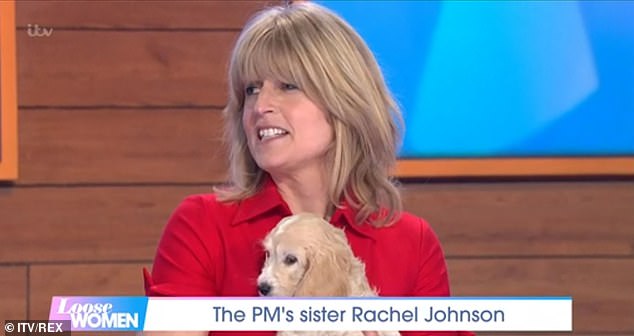 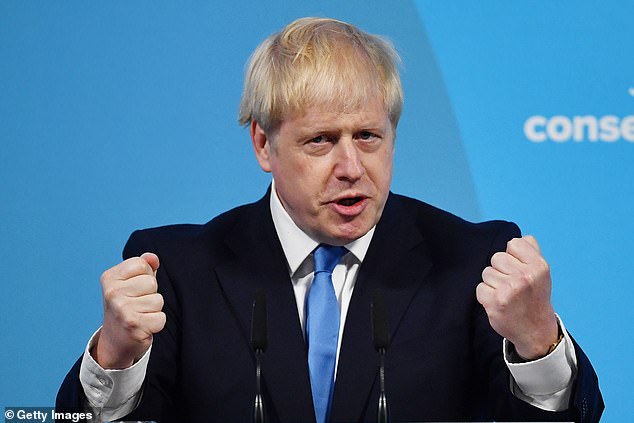 Rachel, 54, told that while it’s ‘really hard to know’ whether her brother (pictured)  is making the right choice, she ‘supports him’

Paying tribute to her brother, she said: ‘I do support him, I think he’s doing an incredible job. It’s hard to see someone carrying such a responsibility and I can’t imagine the strain he’s under.

‘But he is strong, he has a great team around him and he has the best experts and it’s really hard up there to know if they’re taking the right decision.

‘This could crash the economy, the collateral of the economy – all these shops are shut, these are really, really dark times. Which is why I thought the puppy was a good idea.’

The journalist went on to defend her father, who on Tuesday claimed he would ignore government advice on how to avoid coronavirus by staying indoors, and would instead go to the pub that night. 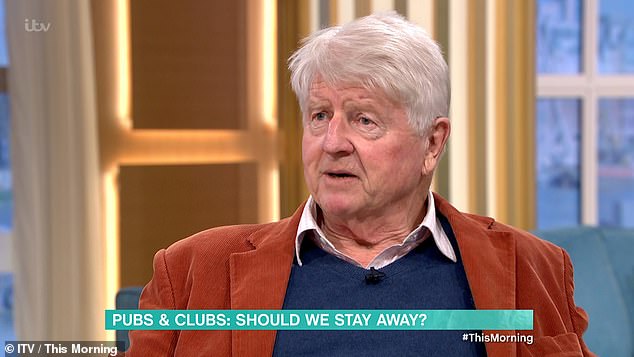 Stanley (pictured) , who is 79 and therefore among some of the country’s most vulnerable to Covid-19, defied official advice on This Morning

She said: ‘I think he was probably thinking about the hospitality trade, a million people have already lost their jobs.’

This comes after Stanley , who is 79 and therefore among some of the country’s most vulnerable to Covid-19, defied official advice on This Morning.

Holly Willoughby and Phillip Schofield were discussing the Prime Minister’s advice for the public to avoid pubs, restaurants and theatres to avoid spreading the virus.

But when he was asked whether he’d go to the pub, Stanley said: ‘Yes of course I’ll go to the pub if I need to go to a pub.’

When Phillip asked what his son would think of that because he’d told people not to go, Stanley said: ‘No, he told people should avoid going to pubs but if I had to go to a pub I’d go to a pub.’ 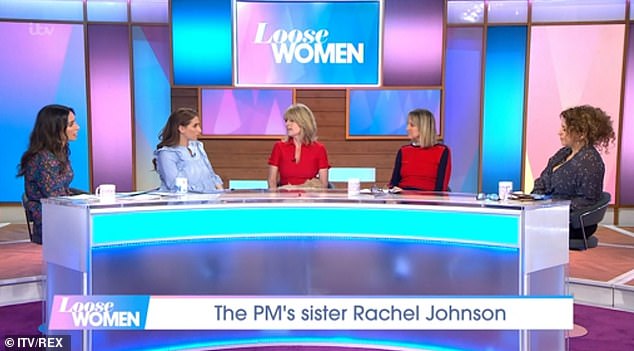 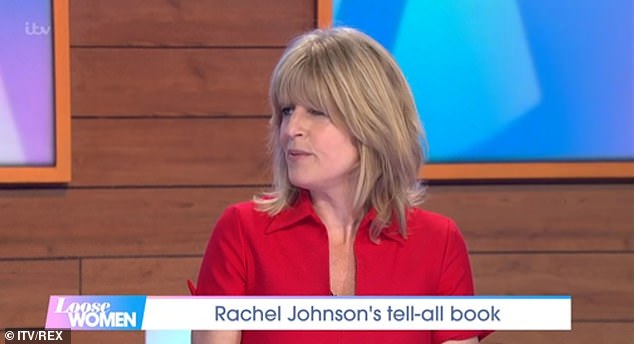 Rachel appeared on Loose Women today with her new puppy, which she has adopted in a bid to comfort herself during self isolation

It comes after Boris Johnson yesterday announced that people should stop socialising, work from home, avoid travelling and that whole households should stay in isolation if one person becomes ill.

Rachel has  already recently heaped praise on her big brother and compared his mammoth task in firefighting coronavirus to the challenges faced by his political hero, Winston Churchill, in steering the nation through the Second World War.

She specifically singled out the daily Number 10 press briefings as a major step to keeping the public abreast of all the latest developments as the public thirst for information and reassurance during the accelerating pandemic.

Yet despite Rachel throwing her support behind her brother’s handling of the health crisis, politics has divided the two siblings in recent years. 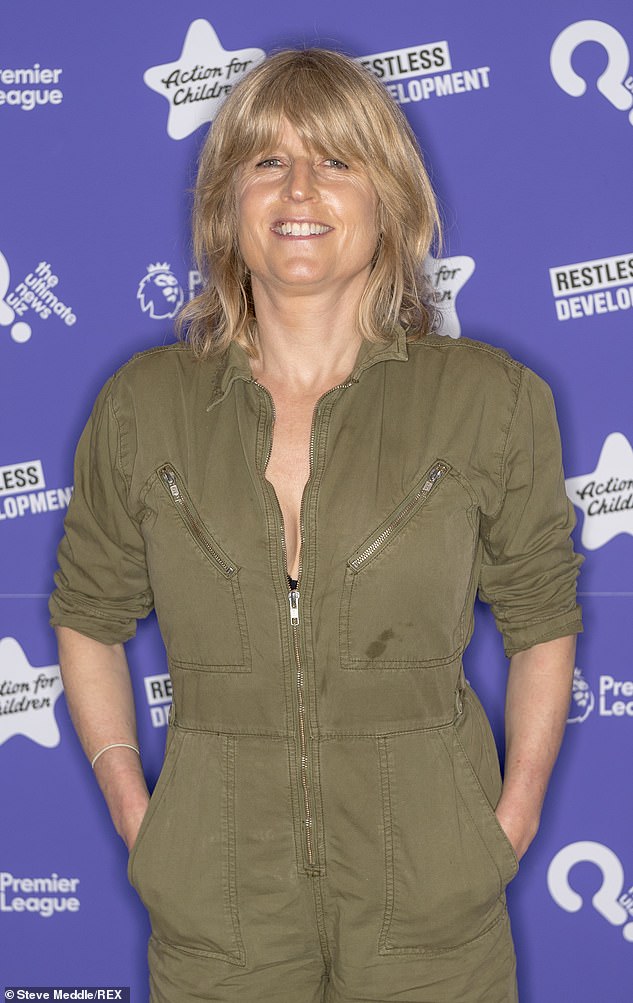 Rachel had already heaped praise on her big brother earlier in the day and compared his mammoth task in firefighting coronavirus to the challenges faced by his political hero, Winston Churchill

They found themselves on opposing sides in the EU referendum, with Remainer Rachel later joining the newly formed, and now defunct, party Change UK, which was used as a vehicle to campaign against Brexit.

Their brother-sister rivalry manifested itself as far back as childhood, with Rachel claiming joking in the past that Boris was livid when his younger sister overtook his level of reading proficiency.

In the same documentary, she revealed that Boris’s ambition from a young age was to be ‘World King’.

But Rachel, who calls Boris ‘Al’ – his first name is Alexander – said all four Johnson siblings grew close in the aftermath of their parents divorce.