NO MORE Mr Nicey-Nicey, then.

Raheem Sterling had called it right in the build-up to this astonishing night in Andalucia. 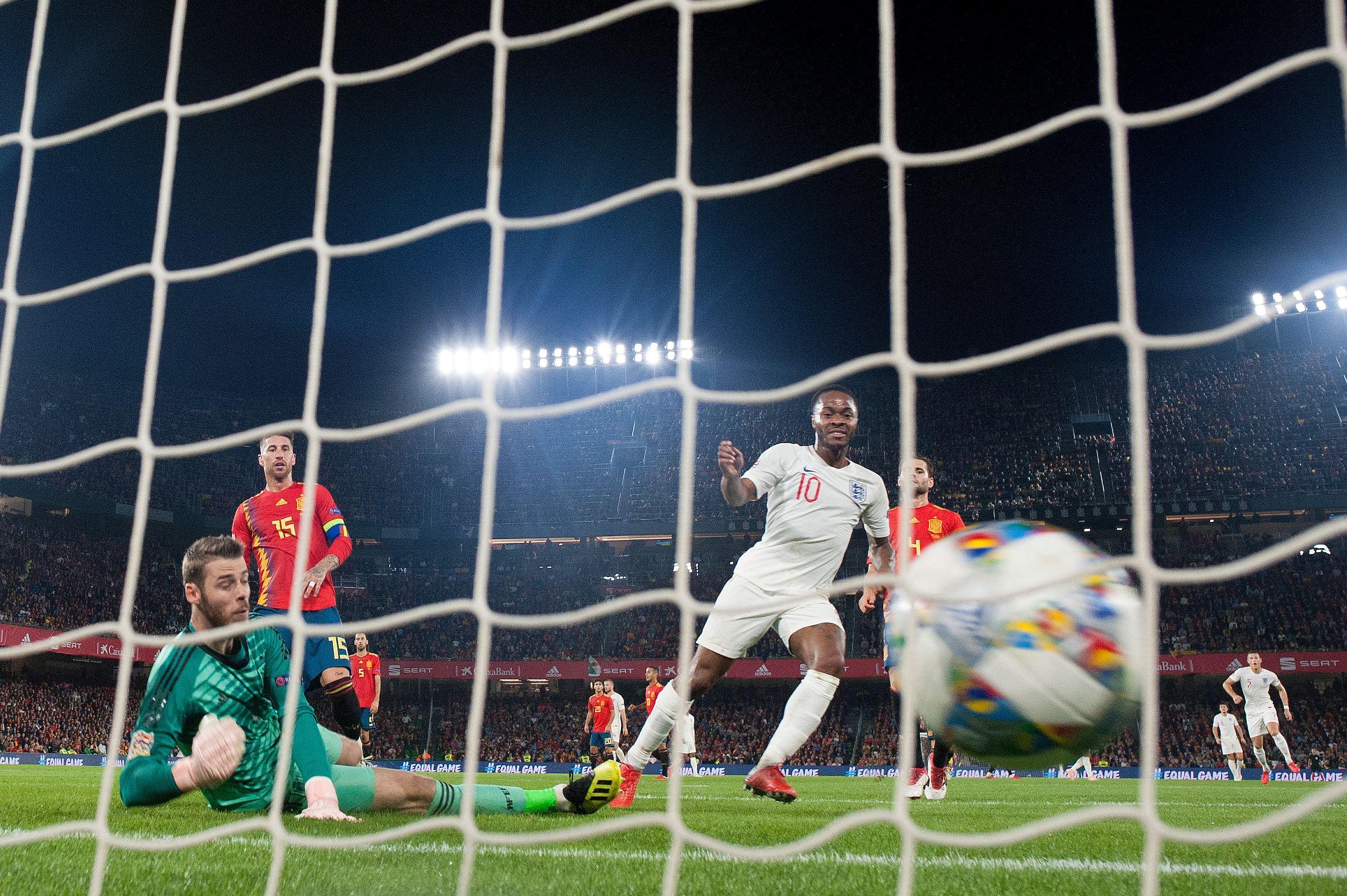 “When I was younger, it was all about trying to look nice,” he’d said.

“But nobody remembers the nice stuff. I’ve come to realise that it is all about being effective for the team.”

And those were no empty words from a player who has matured into a top-class Premier League performer under Pep Guardiola at Manchester City, yet one who had failed to score for England in three years.

A patient Gareth Southgate has had unswerving faith in Sterling’s ability, despite this Saharan 27-game goal drought. 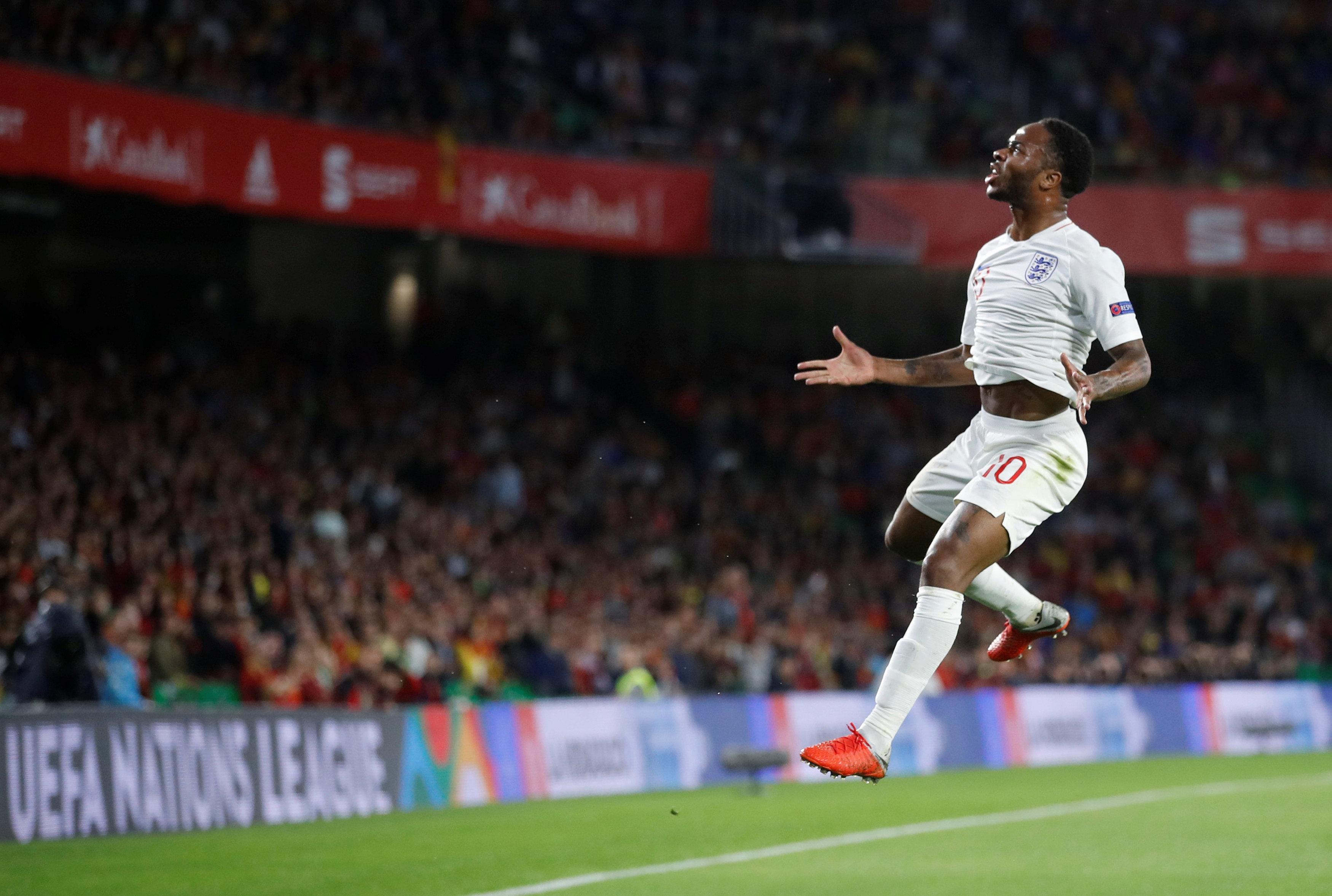 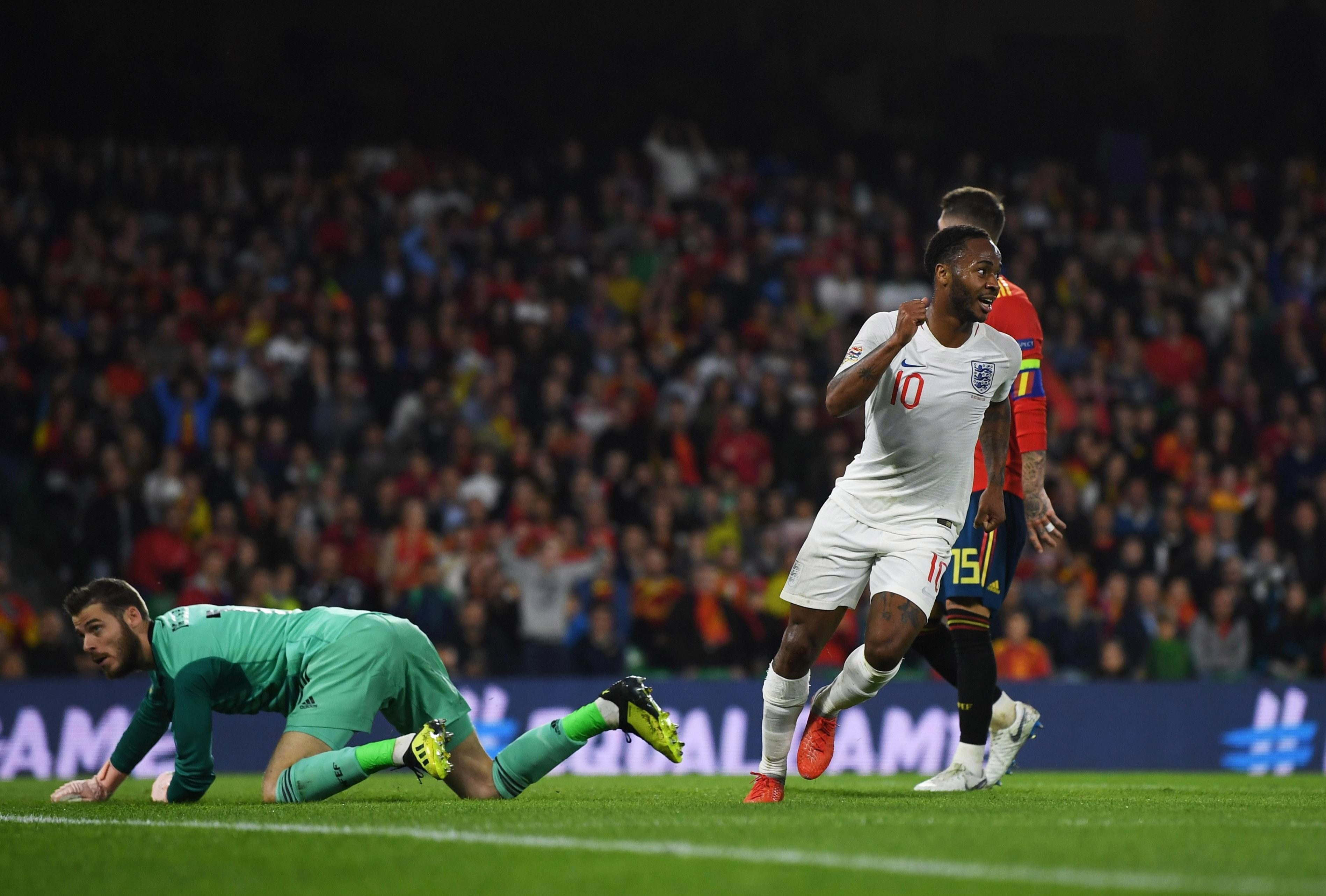 He’s always imagined that once he’d started scoring for England, the goals would come in torrents.

And within 22 minutes of breaking his barren stretch, with a thumping finish to seal one of the finest team goals ever scored by England, Sterling was finding the net again to give Southgate’s men a scarcely-believable 3-0 half-time lead.

Sterling’s goals are like buses. They can bloody flatten you.

This was England’s youngest starting line-up of the 21st century and Sterling, aged just 23, was its most-capped member — this his 46th appearance. 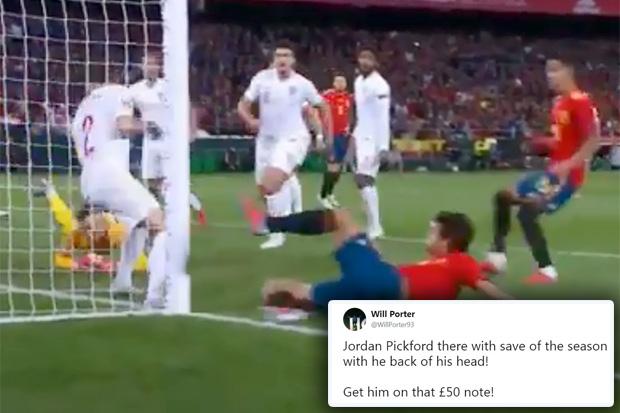 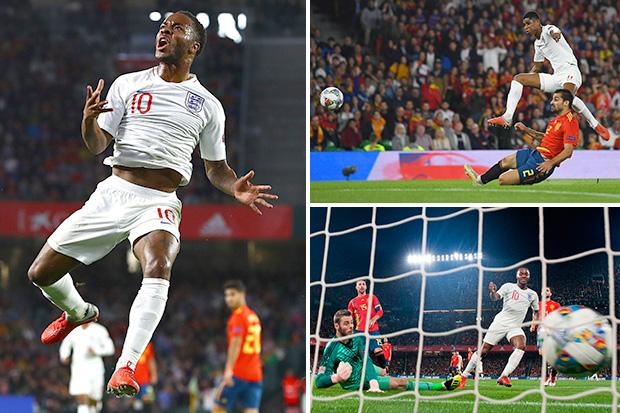 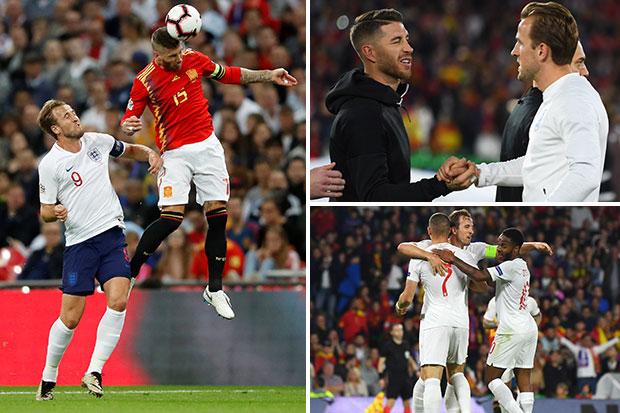 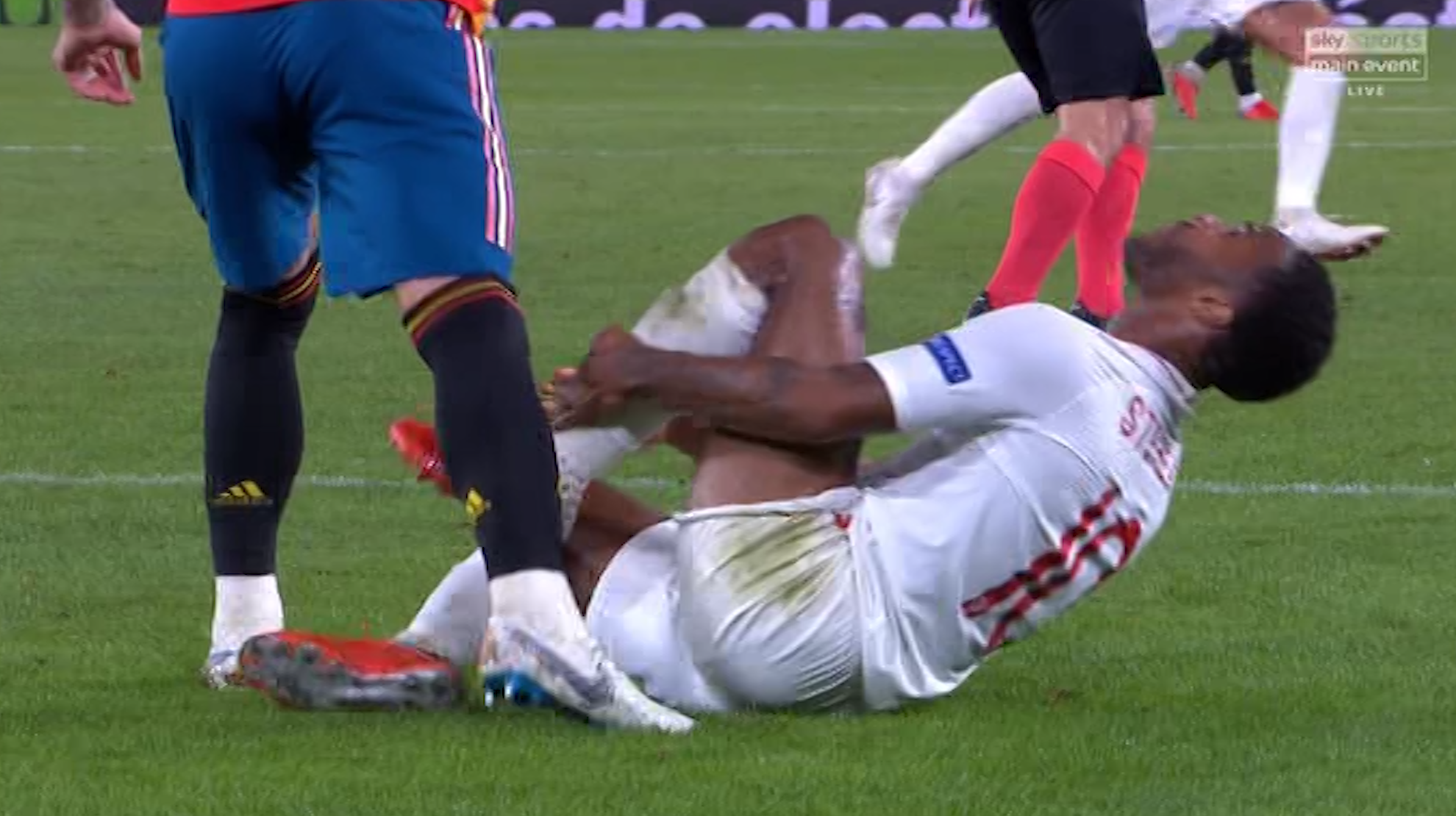 'SHOULD'VE HAD A RED'

Twenty-seven per cent possession and three goals to the good against one of the powerhouses of world football.

Leicester City won a Premier League title playing like this. Perhaps England can win a Uefa Nations League, whatever the hell this thing actually is. 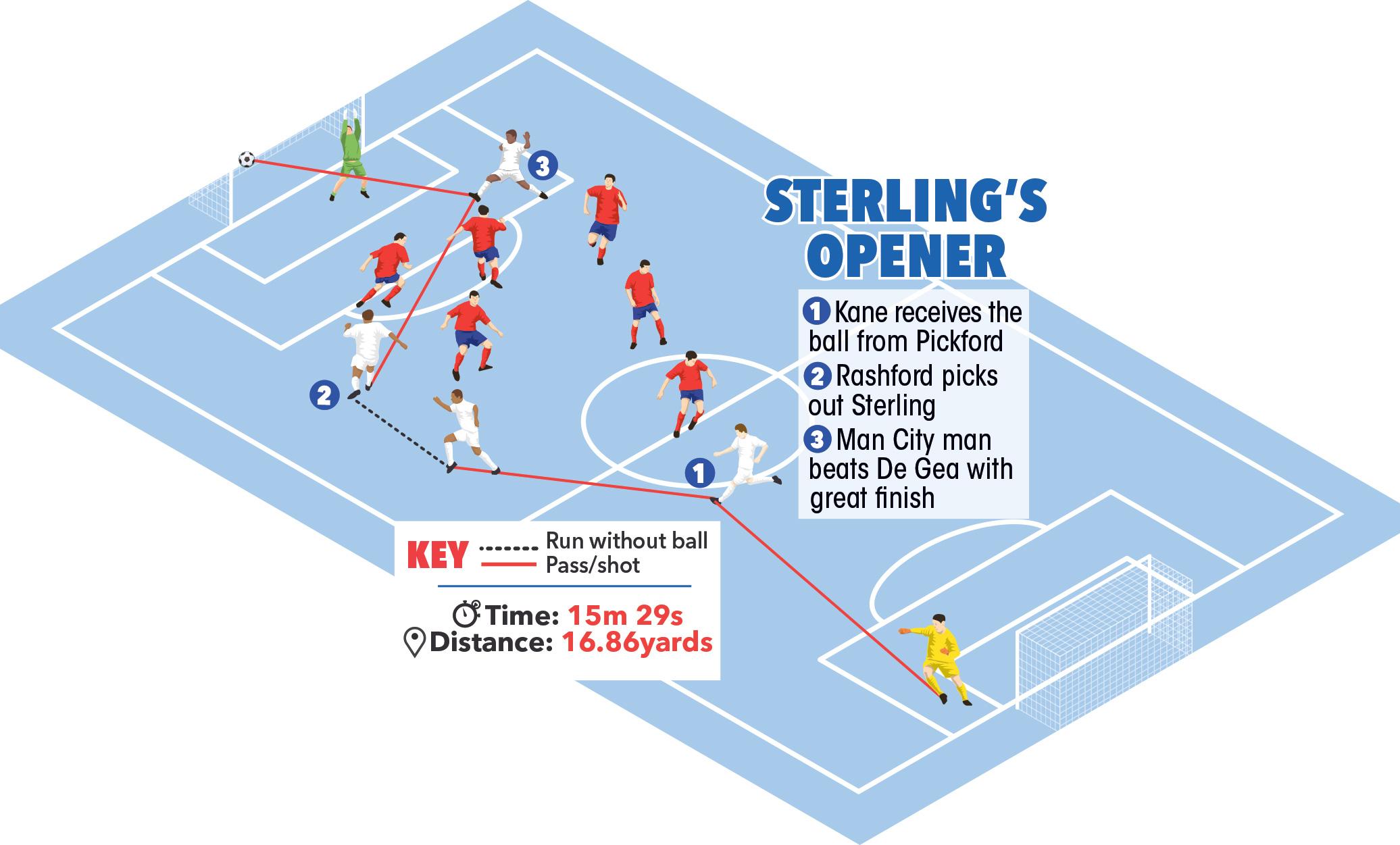 That first goal was dreamy. Everything that Southgate has worked for.

He’d chosen Jordan Pickford chiefly because of his ball- playing ability and the Everton keeper found Harry Kane with the sort of visionary long pass David Beckham would have been proud of.

Southgate chose Kane as his captain and the Tottenham man was at his magnificent best here, leading by example, feeding Rashford — another Southgate has shown great faith in.

The Manchester United wideman curled a pass in for Sterling who leathered it into the roof of the net.

They often say that when you can’t seem to buy a goal, you just need one to bounce in off your backside.

Well, this was the opposite of all that. After the Pickford- Kane-Rashford combo had added a second goal, Sterling applied the killer blow before the break. 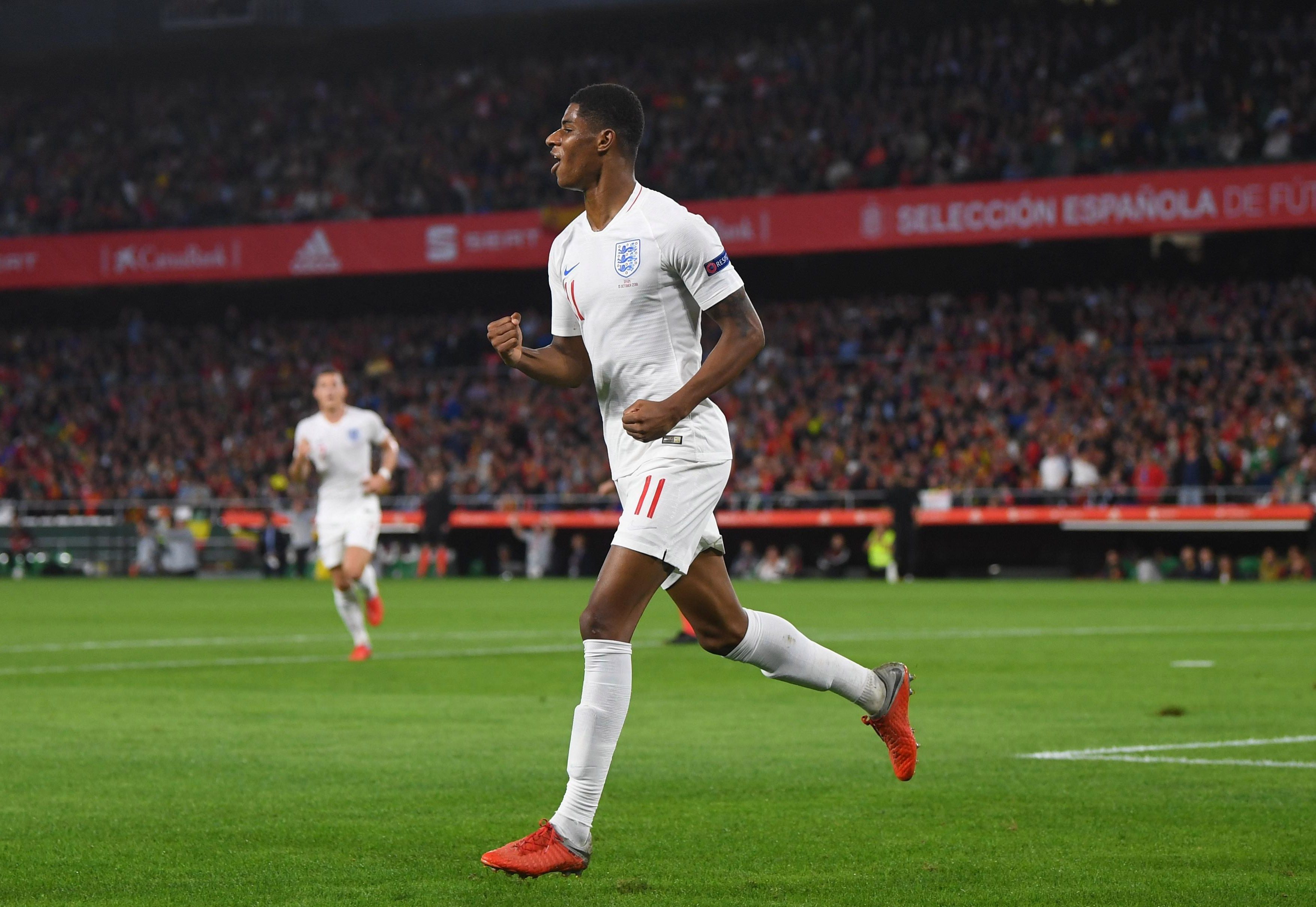 This was a simpler finish from Kane’s cut-back, this one was all about a peachy lofted pass from Ross Barkley.

Sterling, the little wriggler, is an immensely popular man in this England squad.

Coach Southgate had indulged him at times, especially when he turned for England’s pre-World Cup training camp a whole day late.

But he indulged him because he always believed he was capable of nights like this.

And this was some night on which to do it.

The ear-splitting racket made by the passionate locals at Real Betis' Estadio Benito Villamarin made the atmosphere almost as hostile as the night of Moscow mayhem when England finally won a penalty shootout against Colombia. It is not as if Sterling has lacked self-belief until now.

It’s simply that the England shirt has tended to weigh heavily and that there has not been a lot of love for him from media or public.

He divides opinion like few other players — especially at the World Cup —  where he was far better than most punters seemed to think.

Yet he still lacked that all- important effectiveness of which he had spoken.

England’s victory charge had been sparked by another of Southgate’s ‘veterans’, the 24-year-old 36-cap Eric Dier.

His old-school demolition job tackle on Sergio Ramos earned him a booking but shook Spain’s villain-in-chief to his boots.

It sent the tone for the exquisite spell of counter- attacking football which was to follow from England.

We’d had torrential rain all afternoon here. Now a deluge of English goals. Spain had started dominantly and roared back in the second half in similar fashion, scoring through Paco Alcacer’s header and a last-gasp Ramos effort.

But England held firm with a performance to put hairs on young chests. A rites-of-passage movie with a deafening soundtrack.