Rare 1,300-year-old coin featuring the face of an obscure Saxon king sells for £48,000 at auction after the owner spent three years trying to prove its historical importance

A rare 1,300-year-old coin featuring the face of a little known Saxon King sells for £48,000 after the owner spent three years trying to prove its historical importance.

The antique find was discovered by metal detectorist Andy Hall while searching a muddy field in Wiltshire for buried treasure.

When he tried to get it valued he had trouble proving it was real due to the barely known depiction of Ludica, the Saxon king of Mercia in the 9th century AD.

The silver penny find was dismissed by experts as a fake as the king was virtually unknown and the date – 826AD – didn’t match with historical records.

He set out to prove them wrong before putting it up for auction this month – and helped to re-write the history books in the process. 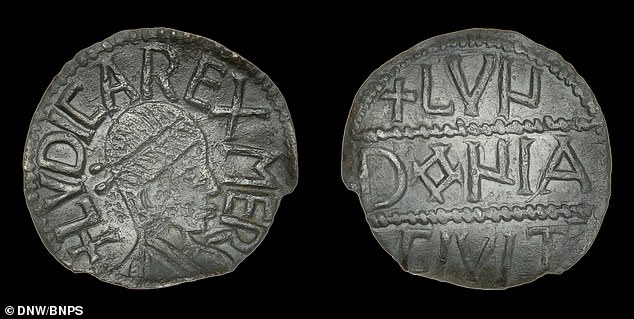 Mercia included London in the 9th century and the record books state that the city fell to the Wessex King Ecgberht at the Battle of Ellandun in 825AD.

Hall’s find proved Mercia still retained London in 826AD and that it didn’t fall under Ecgberht’s control until after Ludica was killed a year later.

He was determined to prove the experts wrong and had his coin examined and subject to metallurgical analysis – confirming it was the real deal.

With auction house fees added on the total price paid by the buyer was £41,200.

Hall will split the money with the owner of the land he found it on but he intends to take his family to Disney World, Florida, with his share.

Coin expert Nigel Mills said the Ludica coin could have been lost forever had Hall not been so determined to prove it was genuine. 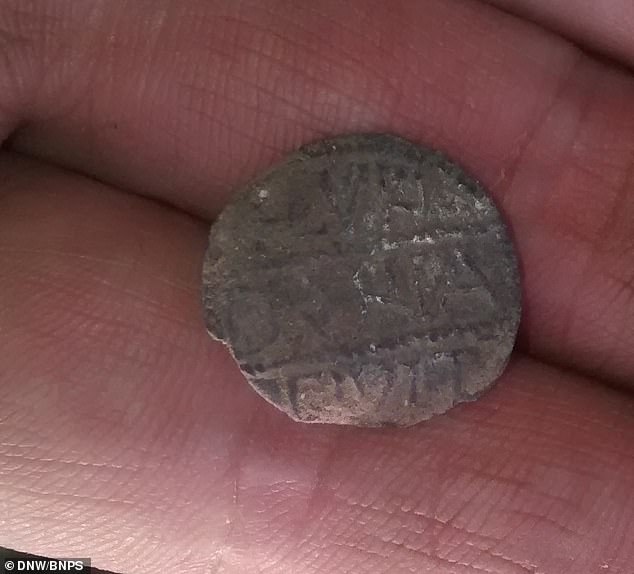 This history-changing 1,300 year old coin sold for over £42,000 after owner Andy Hall proved the silver penny was real

‘The view from eminent experts at the time was ‘this coin cannot exist because Mercia did not have London in 826AD and therefore the coin must be a fabrication.’

‘The problem when something as new and radically different as this coin comes to the market is that one naturally questions its authenticity and it comes down to the person who found it to prove it is genuine,’ said Mills.

‘Andy was given the coin back and he had to go to several museums to find out where he could have it tested.

‘When the result came back that it was irrefutably right, those same experts had to hold up their hands and acknowledge it.

‘It is a tremendous result and we are glad that all of Andy’s hard work has paid off. The price the coin achieved reflects its uniqueness and historical rarity.’

Mr Mills explained that coin was a piece of propaganda at the time it was struck.

He added: ‘These coins would have the name on the moneyer on the reverse but this unique example has the city of London on it.

‘What it is telling is that although Wessex was expanding, London was still ruled by King Ludica of Mercia. It is proclaiming that he still retained London.’

Hall unearthed the coin in four inches of soil on farmland in Coombe Bissett, Wiltsshire and said he knew it was a Saxon silvery penny straight away.

‘I had to Google Ludica to find out who the monarch was,’ he said.

‘I then sent photos and details to the Fitzwilliam Museum in Cambridge as that is where new discoveries of early medieval coins are registered.

‘I organised a meeting at the Fitzwilliam Museum and received a positive reception although the issue was still concern over its authenticity so I agreed to take the coin back and approach specialists myself.’

According to the historical record, London fell to the Wessex King Ecgberht (pictured) as a result of the outcome of the Battle of Ellendun in 825 AD. However, Mr Hall’s coin proves that Mercia still retained London in 826 AD

He said he has a love for history and so wanted the historical important of the coin recorded so had the scientific surveys completed on the metal.

‘I was over the moon when I first read the analysis results, I re-read them about five times,’ said Hall. ‘Even though I was expecting a positive result I felt enormous relief.’

‘I knew I had dug it up, but there is always the thought that it may have been a contemporary forgery or a 19th century fantasy piece.

‘I felt that at last my patience and determination over the last three years had paid off, even though it seemed impossible at times.

‘It’s very satisfying to have made a very tiny contribution to our knowledge of the period.’ 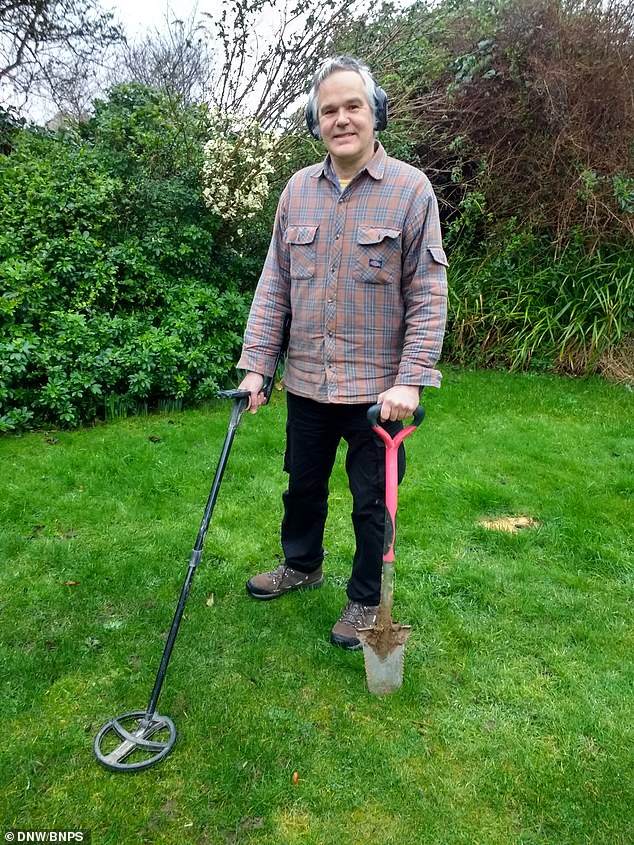 Experts and scholars dismissed the silver penny Andy Hall, (pictured) unearthed in a muddy field, as it featured the head of a virtually-unknown Saxon king

The coin has the bust of Ludica facing right with the legend LUDICA REX MER while the reverse features the inscription LUN/DONIA/CIVIT in three lines.

TV historian Michael Wood said: ‘It is a really fascinating discovery and paints a fascinating picture of a ‘very shadowy figure’.

‘Ludica was a former dux or ealdorman in Mercia who became king of the Mercians after the death of King Beornwulf in battle with the East Angles,’ he said. 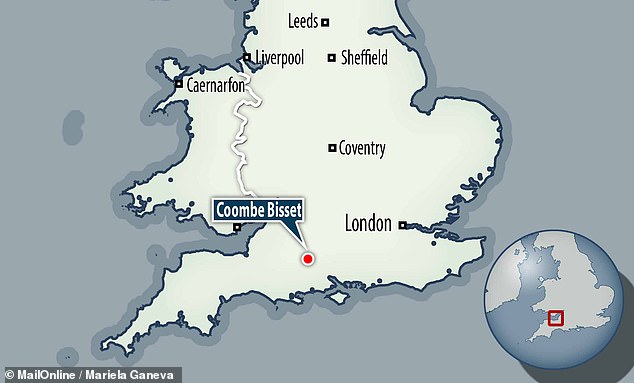 Hall found the penny buried around four inches deep in the mud during a one-off visit to farmland at Coombe Bisset, Wiltshire, in the January of 2016

‘Very few coins have ever been found with his name on and none like this. It is unique and a really remarkable find – especially with the London moneyer,’ said Wood

‘London became the richest centre of trade in the ninth century, but it was a Mercian city coveted by the West Saxons.’

He said what is fascinating about the period in time is the warface between the once great Mercian kingdom and the rising power of West Saxons.

‘There was a whole series of battles in the 820s as the Mercians attempt to keep their overlordship alive,’ said Wood.

‘It’s the start of the struggles that will lead to the creation of a single kingdom of England a century later. We would all love to have found that – it’s a real rarity.’