Restaurants and cafes are closed amid lockdown and many Britons have turned to making their favourite dishes at home. Strawberries and raspberries are almost in season and are the perfect ingredient to any British summer dessert.

Former royal chef Darren McGrady worked in palace kitchens for over a decade and over the years was a private chef to Queen Elizabeth II, Princess Diana, Prince Harry and Prince William.

If anyone knows how to cater to the Queen’s tastes its Mr McGrady and he regularly shares some of the most popular royal recipes on his food blog (www.theroyalchef.com.)

St George’s Day is celebrated on April 23 in Britain every year and while the special date has been and gone, Darren McGrady shared a delicious St George’s dessert recipe which can be enjoyed throughout the summer.

Mr McGrady shared his recipe for Frambroises St Georges – delicious dessert made from raspberries, sugar and a lot of cream. 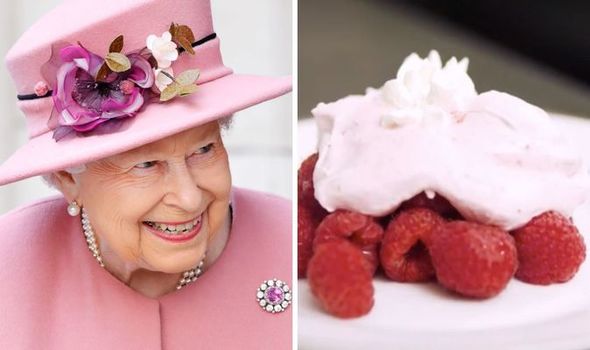 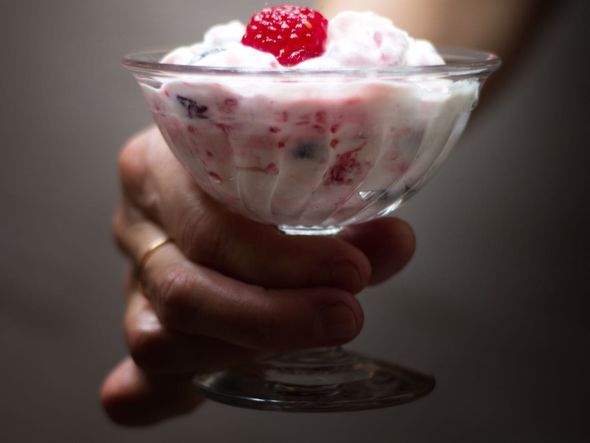 He wrote: “To make an authentic Raspberries St George you will need a rectangular dish like the one shown in the picture.

“This will make it easier for your guests to identify the Cross of Saint George.

“By the way, the Cross of St George is the true flag of England, not the Union flag (Jack) as most everyone supposes.

“Of course, if you are not feeling compelled to create the English flag, you can assemble the fools in individual balloon wine glasses topped with fresh raspberries, fresh mint and whipped cream.” 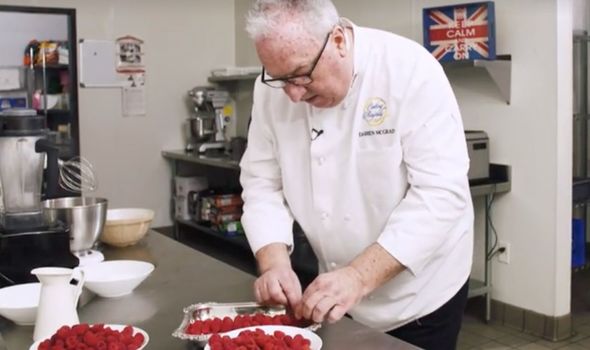 How to make the Queen’s favourite raspberry dessert

Puree half (2 cups) of the fresh raspberries to a pulp. Strain them through a fine sieve to remove all seeds.

In a large bowl whip the heavy cream with the granulated sugar and vanilla extract until stiff.

Without over beating, carefully fold the raspberry puree into the whipped cream mix and set aside.

In the rectangular serving dish arrange the remaining fresh raspberries side by side so as to make a large red cross in the dish.

Lay another layer of raspberries on top. 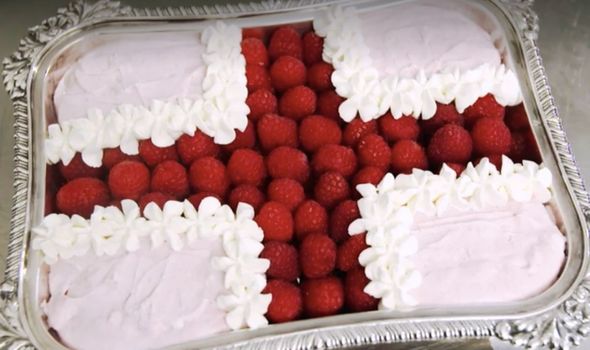 Using a spatula smooth the fool until each of the four quarters are flat.

Place additional whipped cream in a piping bag with a star tube.

Highlight the whole raspberry cross by piping small rosettes of cream along each side of the cross.