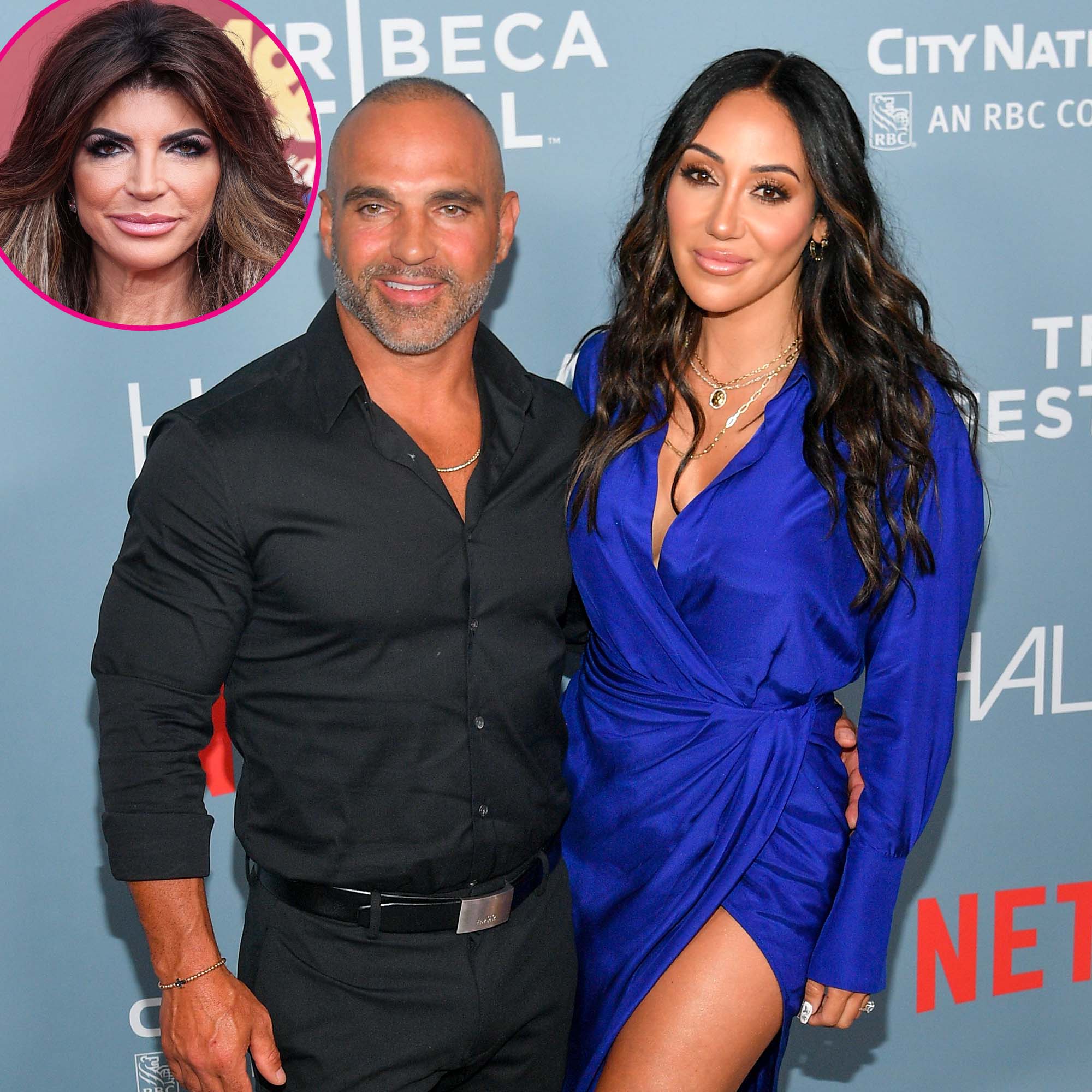 “Joe and Melissa made a last-minute decision to not attend Teresa’s wedding after a blowout fight,” the insider says, noting that the couple “planned on attending” the nuptials before things went sideways.

The 50-year-old bride “was part of this fight,” per the source who explained that “Melissa was blindsided by the ‘rumor’ that was revealed [at the time]. That’s when things escalated and got out of control.”

Melissa, 43, and her husband Joe, 42, were noticeably absent from Teresa’s Saturday, August 6, ceremony in New Jersey, after the Real Housewives of New Jersey star previously attended her sister-in-law’s bridal shower on July 30.

“Teresa may not forgive Joe after this and vice versa,” the insider tells Us of the slight, explaining that the Turning the Tables author “continues to attack Melissa, and Joe isn’t standing for it anymore.”

The pre-wedding fallout resulted in “both sides having to pay the price,” but the source notes that when it comes to Melissa and Joe’s side, they’ve decided “they’re not going to fake their relationship from here on out.”

Rumors of trouble between the Gorgas and Teresa — who was previously married to Joe Giudice for 20 years before their December 2019 split — began earlier this month when Melissa didn’t attend her bachelorette party on Thursday, August 4.

One day later, Teresa’s brother made it clear that something was wrong between them when he revealed he was not at the rehearsal dinner. “Blood doesn’t make you family,” he wrote in a since-deleted Instagram Story snap on Friday, August 5, while parting with friends.

Us confirmed earlier that day that neither Melissa nor Joe would be there to witness Teresa say, “I do.” While the snub came as a shock to many RHONJ fans, the mother of four was given a little heads up, the source tells Us. (Teresa shares daughters Gia, 21, Gabriella, 18, Milania, 16, and Audriana, 13, with her former spouse.)

“Teresa was given a day’s notice about them not attending, so it wasn’t like she was blindsided the day of,” the insider says. “She moved on with her wedding and didn’t let it ruin her happy day.”

They Do! RHONJ’s Teresa Giudice and Luis Ruelas Are Married: Wedding Photos

The Bravo personality, however, seemed to shade her missing family members during her reception. “At the wedding Louie was making a speech and thanking the family that was at the wedding,” the insider explains, pointing out, “Teresa chimed in and said, ‘Chosen family.’”

The rift has yet to be remedied, per the source, who tells Us, “Teresa, and Melissa and Joe haven’t spoken” since the altercation.

“The Gorgas felt they made the right decision. They just want to be at peace with Teresa,” the insider adds. “She said a lot of hurtful things about their marriage.”

Melissa and Joe — who wed in 2004 and share three children — are choosing to “take some space” from Teresa following their latest fight, the source tells Us, noting, “At this point, their relationship is not repairable, but never say never.”

With reporting by Diana Cooper