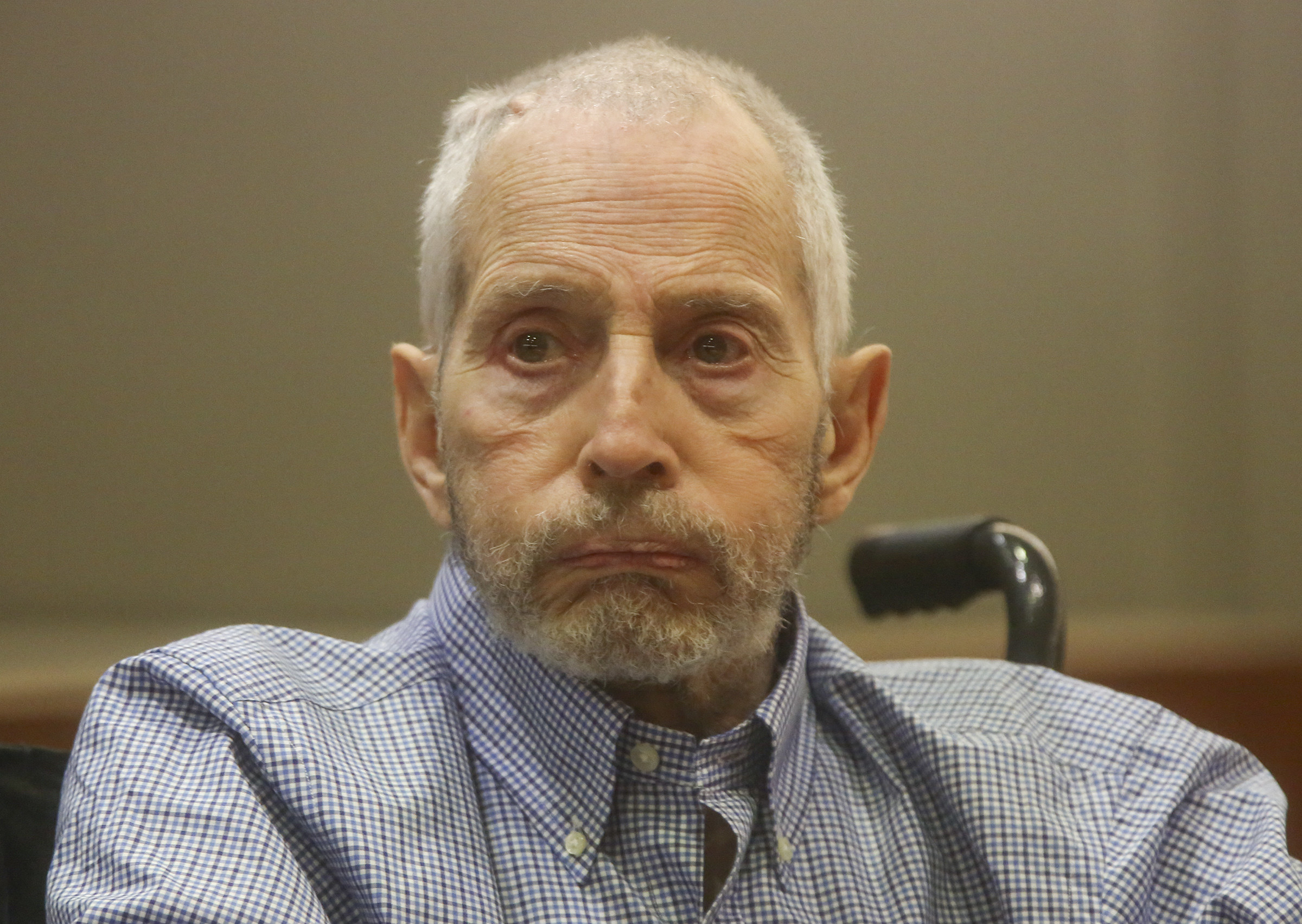 Opening statements are set to begin Wednesday in the murder trial of Robert Durst, the eccentric 76-year-old New York real estate heir whose life and alleged crimes were the subject of decades of tabloid coverage as well as the HBO documentary The Jinx.

And crimes, according to police, he’s done a few. Durst is being tried for the 2000 murder of his longtime friend Susan Berman, whom prosecutors say he killed because she was about to implicate him in the 1982 death of his first wife, Kathleen McCormack Durst. Police believe Durst killed his wife, whose body has never been found, and that Berman helped him cover it up. In the years before her death, Berman, a freelance writer, had been struggling financially, and Durst had helped by mailing her checks — which some have interpreted as blackmail payments. 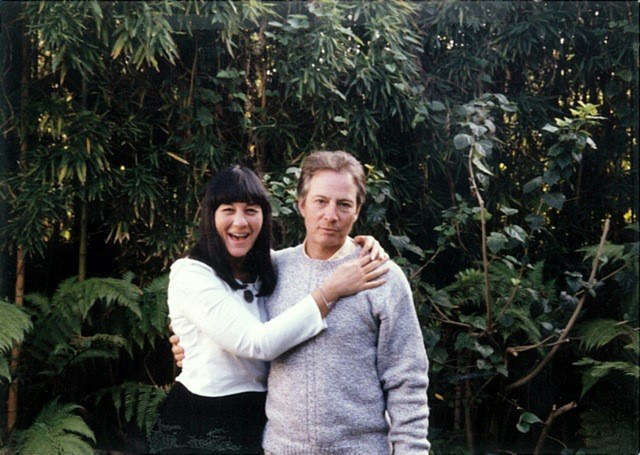 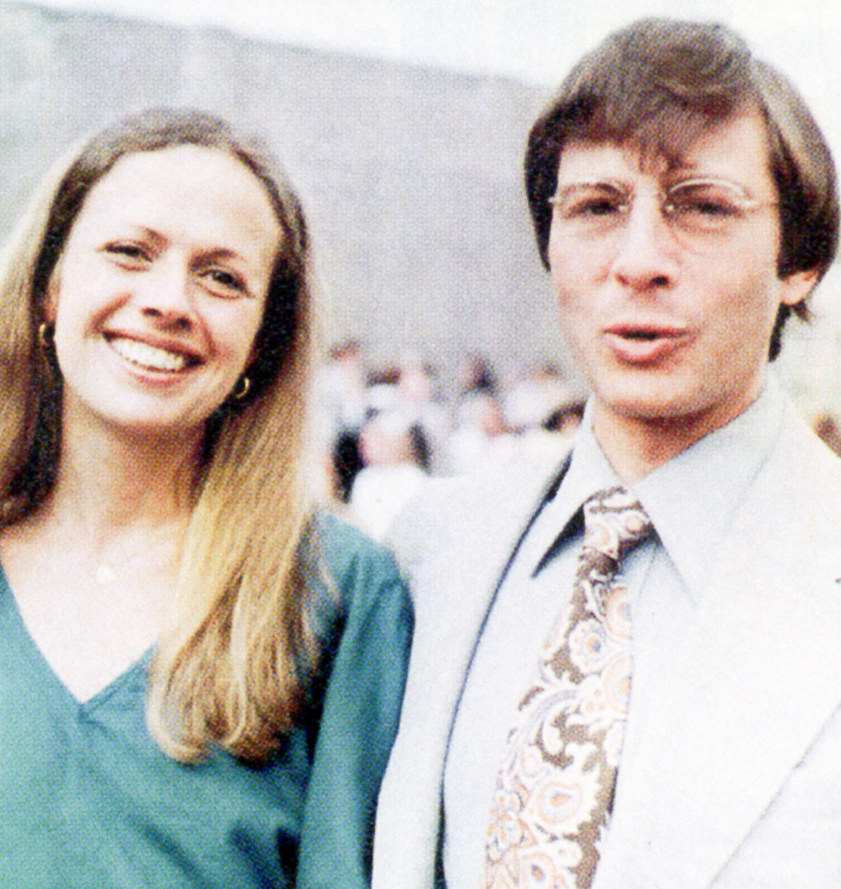 This is Durst’s second trial. In 2003, a Galveston, Texas, jury found him not guilty of murder in the 2001 killing of his elderly neighbor, Morris Black, whom Durst admitted fatally shooting before dismembering his corpse and dumping the body parts in garbage bags in Galveston Bay. Durst ultimately pleaded guilty to bail jumping and evidence tampering.

Houston lawyers Dick DeGuerin and Chip Lewis — who both wear cowboy hats outside the courtroom — managed to convince a Texas jury that Durst was actually acting in self-defense, and they’re part of his current defense team.

Durst was never charged in the disappearance of his first wife, who went by Kathie and was finally declared dead in 2017. But in the current trial, much of the testimony will relate to that case since prosecutors say he killed Berman to stop her from sharing what she knew about Kathie’s death.

Didn’t Durst already confess to killing “them all”?

Durst was arrested in New Orleans on March 14, 2015, the day before the explosive finale of The Jinx aired. In the documentary, Durst seems to be caught on a hot mic in the bathroom admitting to the killings.

“There it is. You’re caught,” Durst says to himself in the audio, punctuated by an astonishing symphony of groans, burps, and squeaks. “What the hell did I do? Killed them all, of course.”

However, the transcript of Durst’s panicked mutterings — it was not unusual for him to talk to himself — obtained by the New York Times reveals that the bombshell “confession” was edited by Jinx filmmakers Andrew Jarecki and Marc Smerling, reversing the order of his comments: “Killed them all, of course” preceded “What the hell did I do?” by six or seven remarks. The Jinx filmmakers have also come under fire for manipulating the timeline of the documentary — so much so that Durst’s defense attorneys have objected to it being called a “documentary” — and being cagey about how long it took them to discover the bathroom audio and hand over evidence to police.

The other gotcha moment of the Jinx finale was when filmmaker Jarecki presented Durst with an envelope Durst had addressed to Berman using his office stationery, written in block-letter handwriting virtually identical to the infamous “cadaver note.” In 2000, Berman’s presumed killer sent police an anonymous letter informing them of a dead body at Berman’s address. 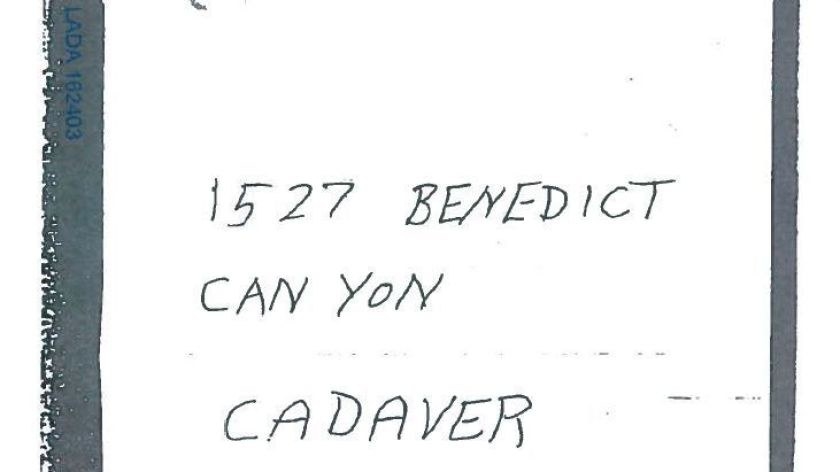 It’s a damning piece of evidence. Beverly Hills is misspelled as “Beverley” on both envelopes, and Berman’s street address seems to be written by the same hand.

In the Jinx finale, Durst repeatedly denies — when he’s not burping — having written the cadaver note, which he tells Jarecki must have been penned by the killer.

“Somebody has planned to do this. They had to go to her house and do what they did. And you’re taking this big risk,” Durst says. “You’re writing a note to the police that only the killer could have written.”

But when Jarecki shows him an image of the two versions of “Beverley Hills” stacked atop each other and asks Durst if he can tell him which one he didn’t write, Durst responds: “No.” 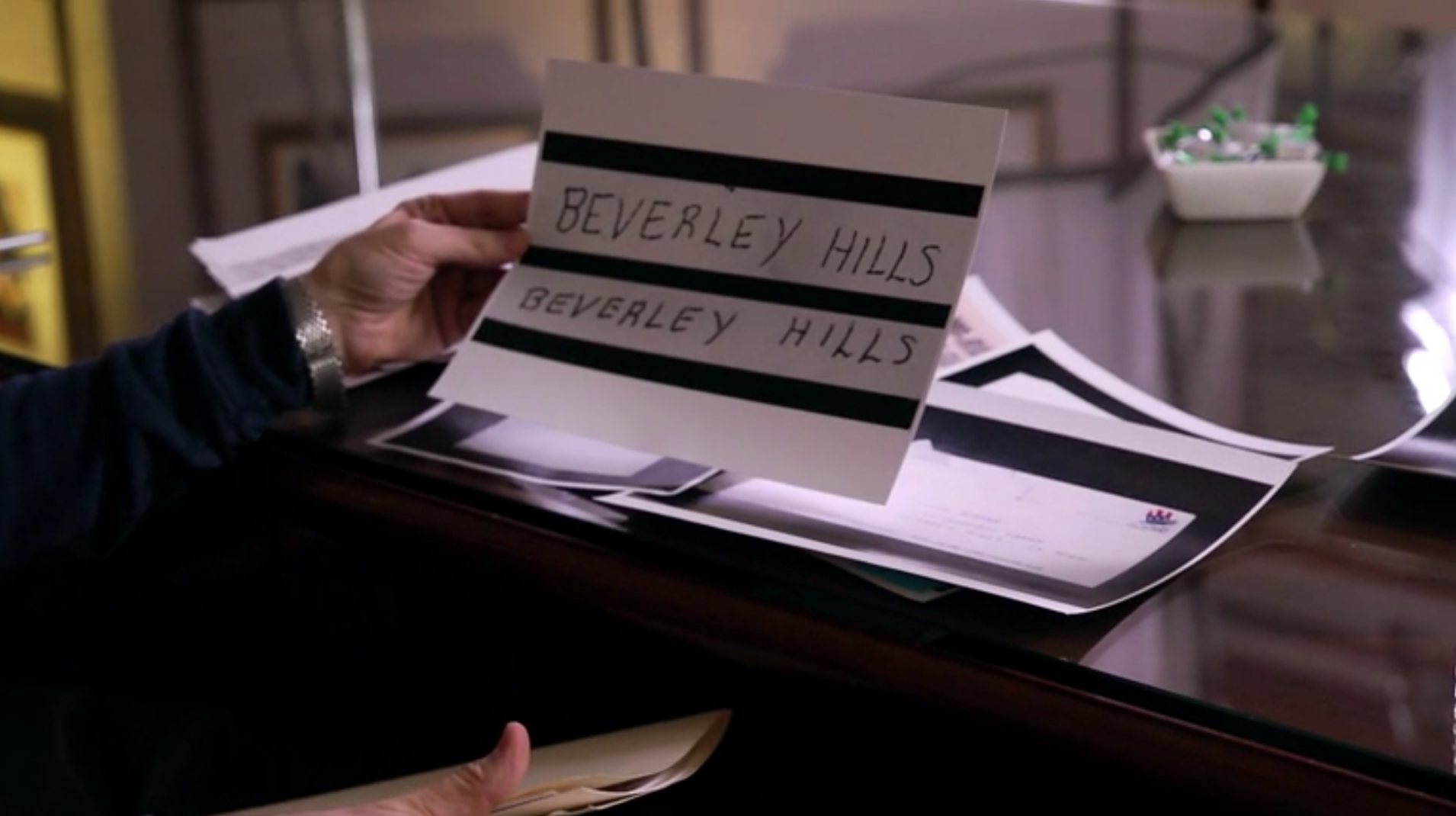 But in another huge plot twist, this past Christmas Eve — 19 years to the day after Berman’s body was found and years after The Jinx aired — Durst’s lawyers filed a court document acknowledging that he had written the cadaver note himself.

It’s a shocking reversal, but not unlike the strategy attorney DeGuerin used the last time he defended Durst in a murder trial. Let’s dive in.

Who is Morris Black, and where is his head?

Durst’s defense team did not deny that he had killed Morris Black, his cantankerous 71-year-old neighbor, on Sept. 28, 2001 — nine months after Berman was killed. But, they argued, he had a good reason.

Durst, in uncharacteristically lively testimony, told a Galveston jury that he shot Black in the head accidentally during a struggle with a handgun, and then butchered his corpse in a drunken panic, tossing the body parts in garbage bags that were later discovered floating in Galveston Bay. Black’s head has never been found. 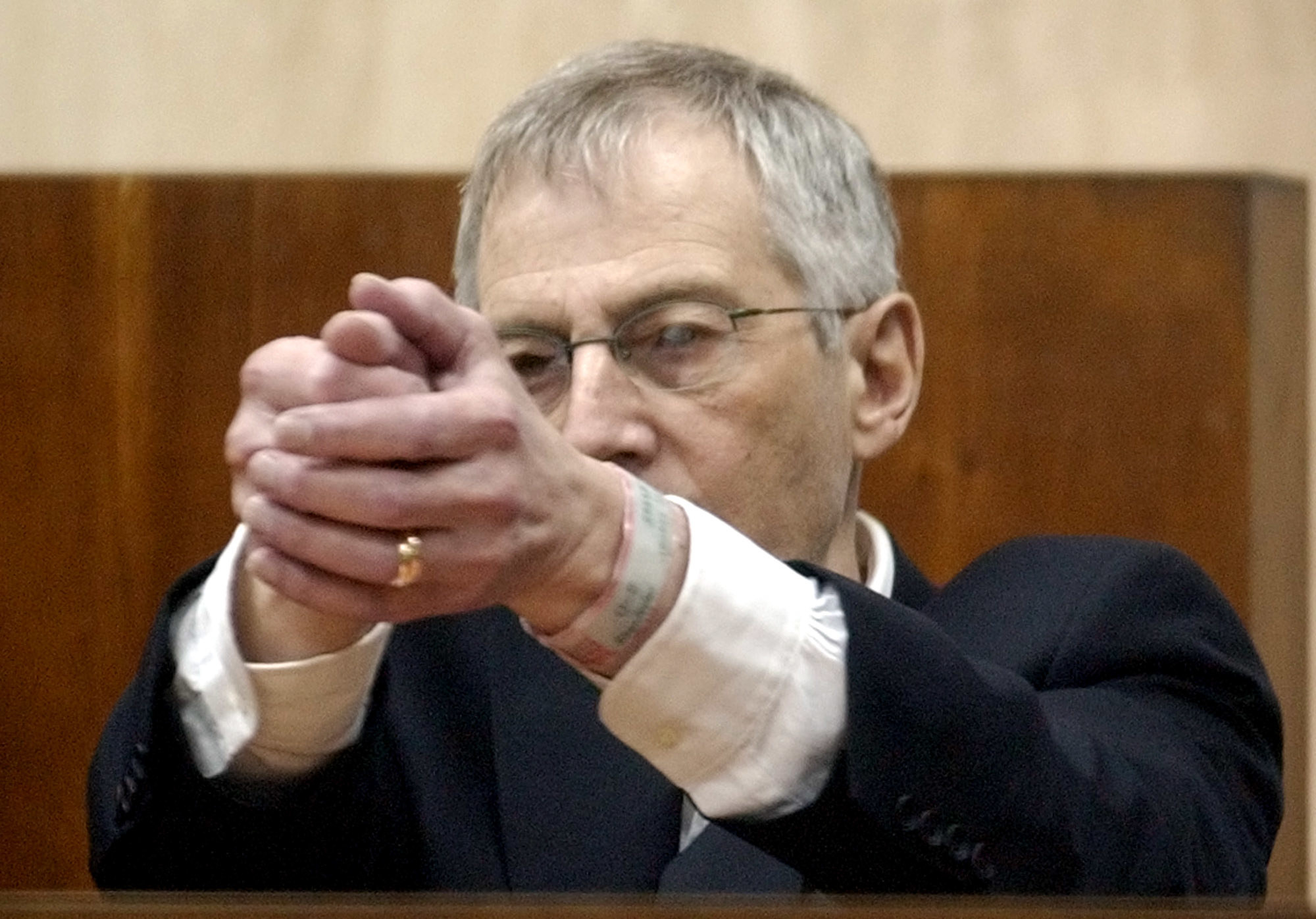 Prosecutors, however, argued that Durst moved to Texas because authorities in New York were reopening the investigation into Kathie’s death. In Galveston, Durst lived in disguise, sometimes even pretending to be a woman. According to prosecutors, Durst killed Black in a scheme to steal his identity and hide more easily from any tough questions from New York cops.

The eight women and four men of the jury believed Durst and declared him not guilty of murder on Nov. 13, 2003.

Durst did plead guilty, however, to two other crimes: evidence tampering (the aforementioned butchering and tossing of Black’s body wrapped in garbage bags into the Galveston Bay) and jumping bail. About that…

The case of the shoplifted sandwich

After leaving behind a laughable series of clues (including a newspaper labeled with Durst and Black’s address inside a garbage bag containing parts of Black’s body), Durst was arrested on Oct. 9, 2001. But with the help of his second wife, Debrah Charatan — a successful NYC real estate broker whom Durst had conveniently married two weeks before Berman’s death, after secretly divorcing his missing (but not yet legally dead) wife Kathie — Durst posted $300,000 bail and fled. After a nationwide hunt, he was taken into custody two months later at a Pennsylvania grocery store, where he had stolen a Band-Aid, a newspaper, and a chicken salad sandwich. He had $500 in his pocket, $37,000 in the trunk of his rental car (which was rented in Morris Black’s name), but no hair or eyebrows. (He’d shaved them off to…avoid detection?) 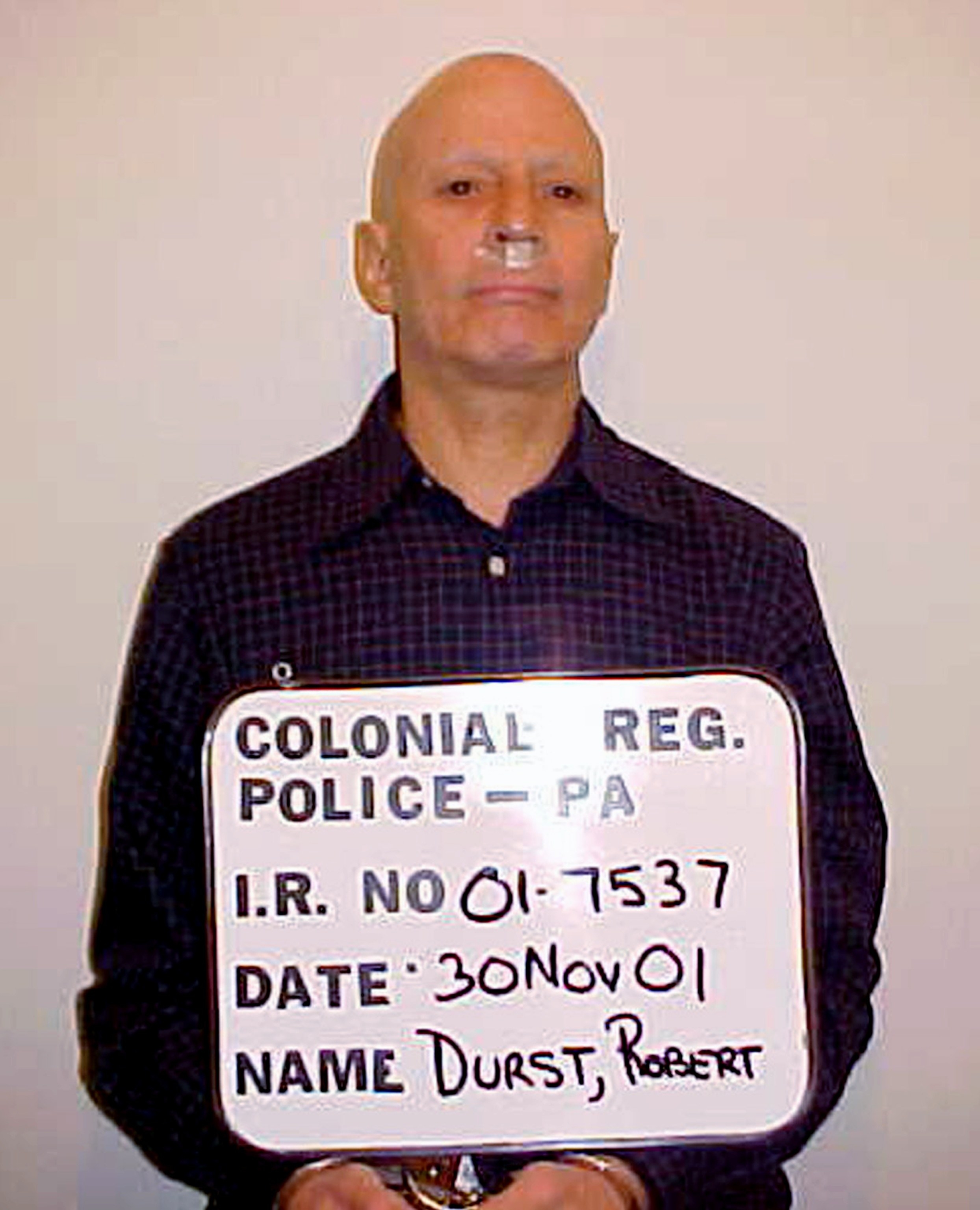 Durst is still married to Charatan, who can’t be forced to testify against him and still manages his money. She has not shown up to any of the proceedings.

Following his plea deal for bail jumping, Durst served just over a year in jail. When he violated his parole — returning to the boarding house where he killed Morris Black — he was thrown back behind bars for a few months.

Durst was arrested again in 2014 for urinating on the cash register candy display at a Texas CVS store, which his lawyer Chip Lewis described as a “medical mishap.”

This is an old, cold case, and no one’s getting any younger

Robert Durst’s last interview on The Jinx took place eight years ago, in April 2012, and he turns 77 on April 12. He is visibly frail and has experienced serious health problems, including esophageal cancer, and undergone a number of surgeries. Five years ago, in his March 2015 New Orleans jailhouse interview with Los Angeles prosecutor John Lewin — the day the Jinx finale aired — Durst said his doctors told him he had a five-year life expectancy, which…well, you do the math! (He was arrested almost exactly five years ago.) 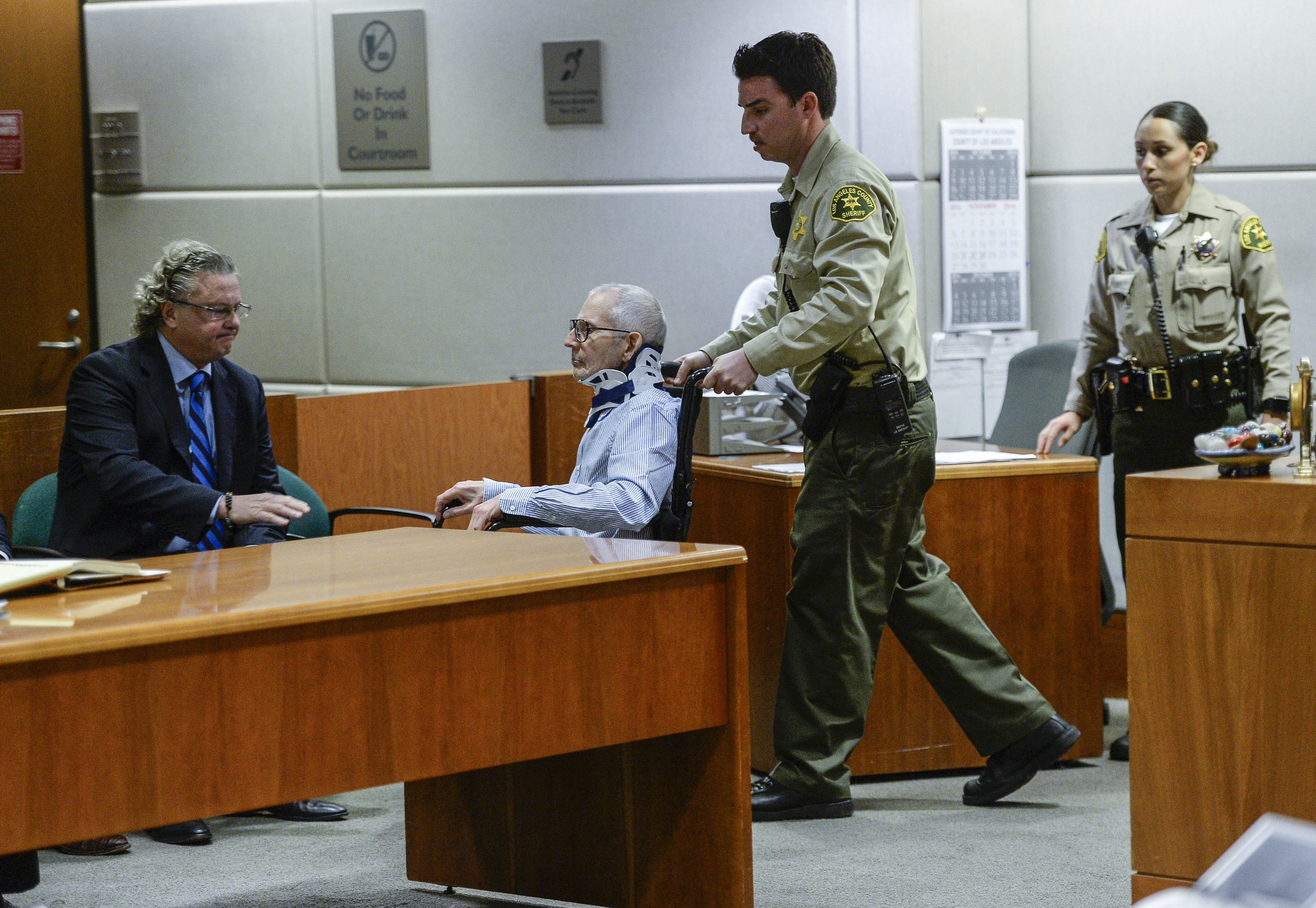 Life expectancy factored into Judge Mark E. Windham’s decision to hear pretrial testimony from a number of witnesses, under a California state law that permits “conditional examinations” of people who are at risk of dying (or disappearing!) before a trial. A number of bombshells were dropped by these witnesses, who variously testified that Durst had confessed to killing Berman; that Berman herself said Durst had killed his wife Kathie; that Berman had placed a phone call pretending to be Kathie after she knew she was dead; that Durst violently attacked a partygoer at his home, kicking him in the face and fracturing a bone; and that during a fight with Durst, Kathie was so terrified that she crawled out of their 16th-floor apartment window wearing only pajamas, climbed around a parapet of their terrace, begged their neighbors to let her in, and told them Durst had assaulted and threatened to kill her.

Whew! There’s a lot to cover, and Windham — a personality in his own right — told jurors the trial could last five months. That’s a big time commitment, but as the judge pointed out, they’ll never see a more interesting case.