BARRING an absolute miracle, or an unforecast hurricane, Rory McIlroy will complete seven straight seasons without a Major title this weekend.

And when asked whether he wanted to win another one too much, Britain’s most gifted golfer gave an interesting answer. 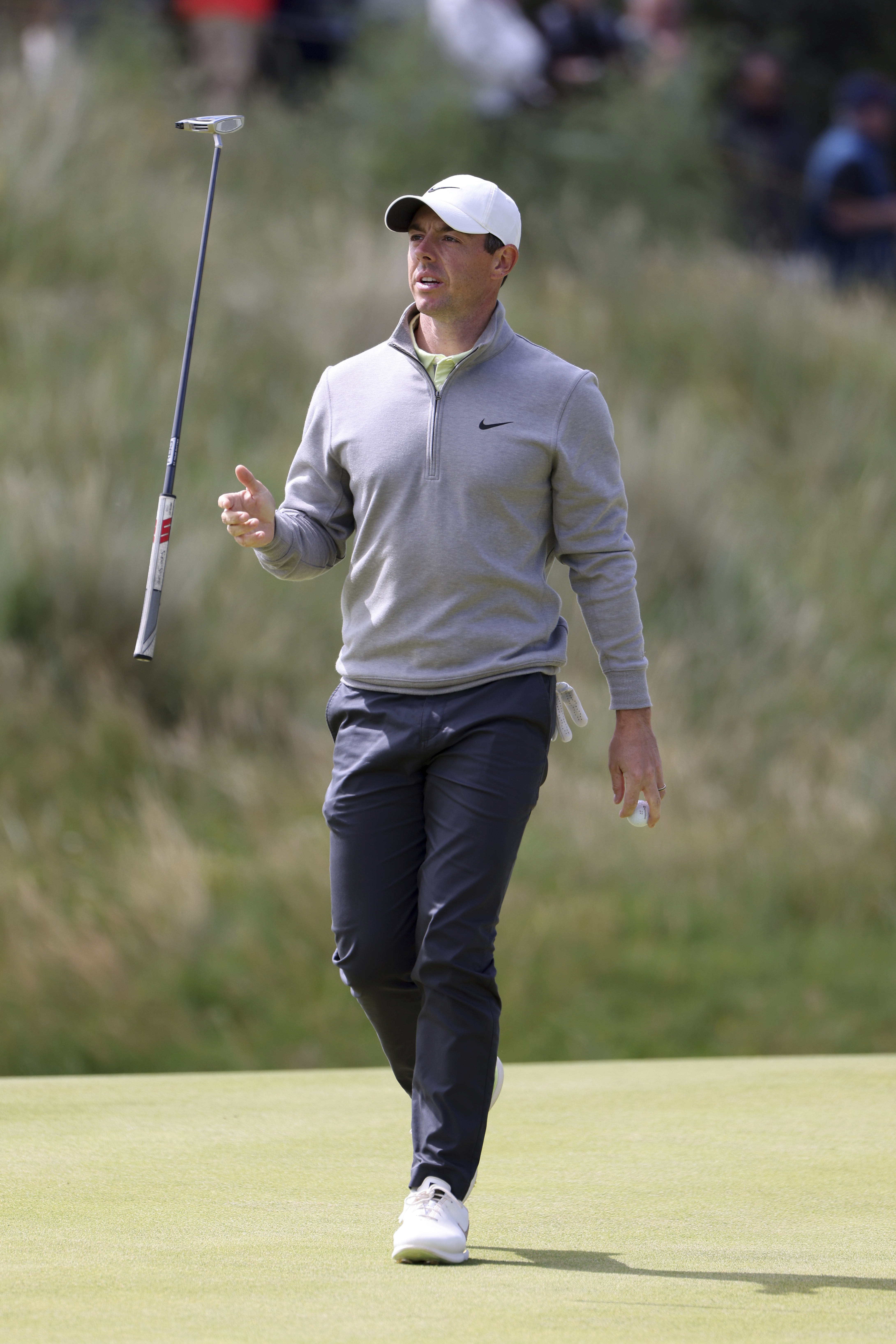 “Not at all,” said McIlroy. “I’ve got four of them. Geez, look, I’m the luckiest guy in the world.

“I get to do what I love for a living. I have a beautiful family. My life is absolutely perfect at the minute.

“I want for nothing, so it’s not a case of trying too hard for sure.”

Which ultimately begged the question, does the 32-year-old want it enough anymore?

This is one of only three golfers to have won four Majors by the age of 25 – along with those two old GOAT contenders, Jack Nicklaus and Tiger Woods.

Plenty of sportsmen have burnt brightly and fizzled out at a young age – George Best, Bjorn Borg, Barry John and Prince Naseem Hamed.

And neither would McIlroy, 32, be the first great sportsman to see his professional standards dip after finding domestic bliss.

There is no shame in that but there is certainly a feeling that a great talent is allowing some of his peak years to slip by.

McIlroy, married to Erika and father to a baby daughter Poppy, certainly hasn’t given up the ghost – he contended at last month’s U.S Open until a final-round blow-up.

COMPETITION: SPOT THE BALL TO WIN A CAR AND CASH 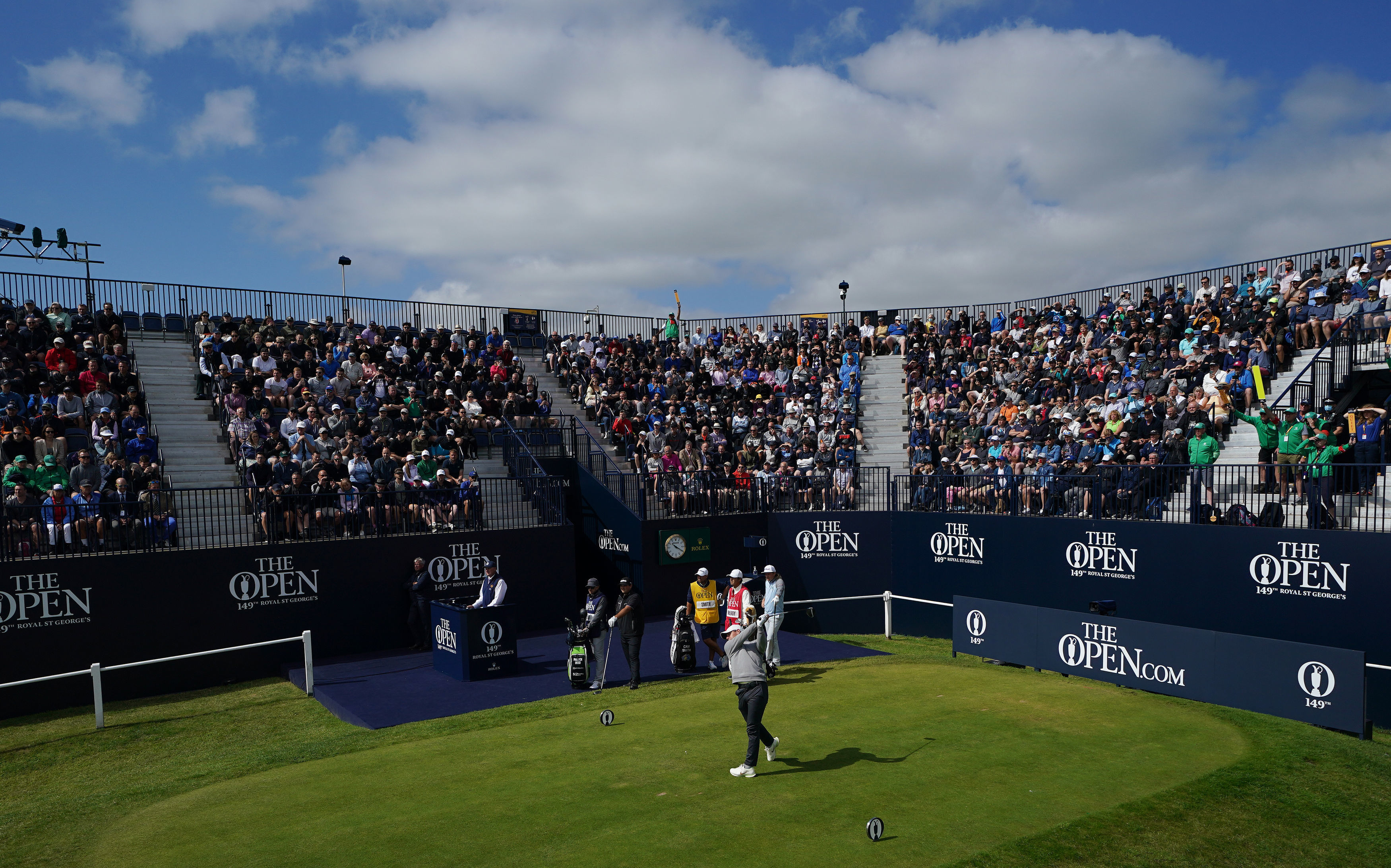 But his Major struggles in recent years have often been caused by disastrous opening rounds – only Jordan Spieth and Brooks Koepka have better records over rounds two to four over these past seven years.

So when he carded a 70 in tough conditions on Thursday, it felt as if he was set up to challenge for a second Claret Jug.

Yet McIlroy admits he ended up relieved simply to make the cut.

He began his second round with two three-putts for bogey, then after three birdies, there back-to-back bogeys at 16 and 17 – a bunkered tee shot followed by a missed tiddler – before he salvaged something with a birdie at the last.

McIlroy said: “It's tough to be here and just say I'm glad to be here for the weekend, but the position I find myself in on the 18th tee, that's the reality.

“But it was nice to birdie the last and guarantee some weekend golf, and just got to try to make the most of that.

“I go back two years (to the last Open at Portrush) and I was walking away after Friday in this tournament.”

Walking around Royal St George’s with McIlroy, he does not look like a man who is just going through the motions.

There were some extraordinary yoga poses whenever he hit a stray approach shot – a near-horizontal one when he found sand after nailing his tee shot on the par-five seventh, then a full-on head-in-hands Basil Fawlty routine on the tee at the short 16th.

“That was a mental error on 16,” he said. “I was trying to get it too close and ended up in the bunker.

“Now I need to go out and play really well (in the third round) and then I need to pray for a bit of wind later in the afternoon and see where that gets me.

“Right now I'm just trying to play my own game and not even look at the board, just try to play a good solid round of golf.

“But it’s sort of been this way for the last couple months. It's felt close, but it just hasn't quite been close enough. I’ve just got to keep working on it and persist with it and keep my head down and keep going.”