Royal fans have suspected there may be something strange when it comes to Prince Harry and Meghan, Duchess of Sussex and Prince William and Catherine, Duchess of Cambridge‘s Instagram accounts. The New York Times did a deep dive into the conspiracy theory, as fans believe that the Sussex Royal Instagram account should have more followers than the Kensington Royal account. 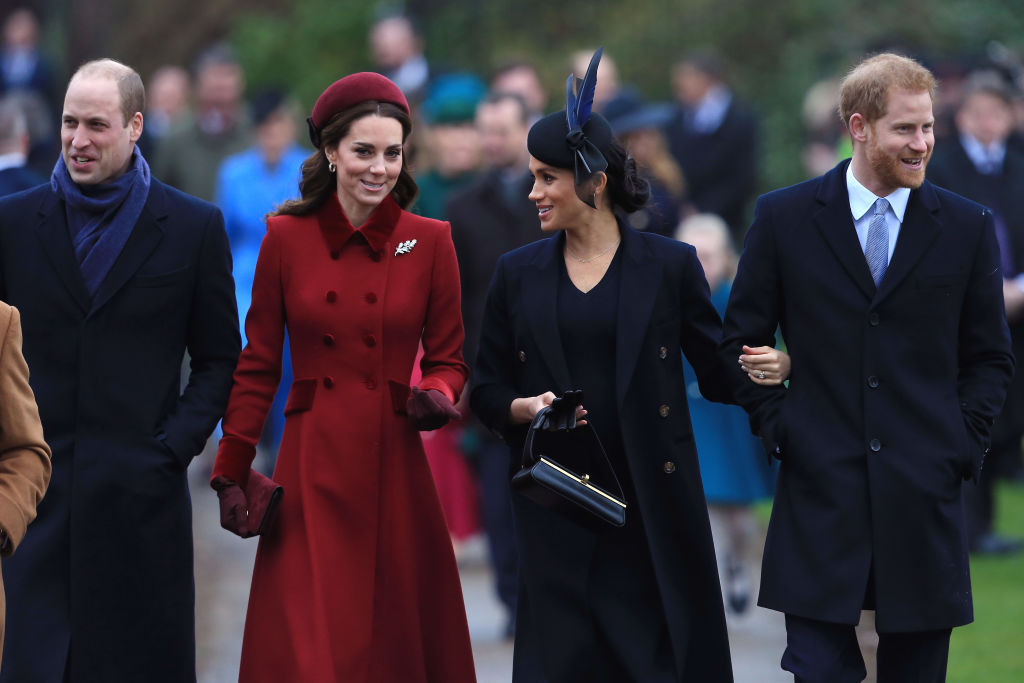 Should Prince Harry and Meghan have more followers?

The Sussex Royal Instagram account burst onto the social media scene in 2019 and immediately racked up followers. The Kensington Royal account had a healthy following too, but there was an expectation that the Sussexes’ account would surpass the Cambridges’ account. It hasn’t happened, however.

Caity Weaver wrote a piece for the New York Times, in which she breaks down the data about the social media accounts. “Tabloid writers and royal reporters began to forecast the moment that @SussexRoyal’s follower count would overtake @KensingtonRoyal’s, thus crowning Harry and Meghan the definitive winners of an unofficial couples’ popularity contest,” Weaver noted.

She shared that it seemed “inevitable” that the Sussex Royal account would forge ahead with followers as the Sussexes “towered over William and Kate” in Google searches and set a Guinness world record for reaching 1 million followers faster than any account on Instagram.

Both accounts are currently at 11.2m followers, with the KensingtonRoyal account taking five years to reach that number.

This morning, The Duke and Duchess of Sussex’s son, Archie Harrison Mountbatten-Windsor was christened in the Private Chapel at Windsor Castle at an intimate service officiated by the Archbishop of Canterbury, Justin Welby. The Duke and Duchess of Sussex are so happy to share the joy of this day with members of the public who have been incredibly supportive since the birth of their son. They thank you for your kindness in welcoming their first born and celebrating this special moment. Their Royal Highnesses feel fortunate to have enjoyed this day with family and the godparents of Archie. Their son, Archie, was baptised wearing the handmade replica of the royal christening gown which has been worn by royal infants for the last 11 years. The original Royal Christening Robe, made of fine Honiton lace lined with white satin, was commissioned by Queen Victoria in 1841 and first worn by her eldest daughter. It was subsequently worn for generations of Royal christenings, including The Queen, her children and her grandchildren until 2004, when The Queen commissioned this handmade replica, in order for the fragile historic outfit to be preserved, and for the tradition to continue. Photo credit: Chris Allerton ©️SussexRoyal

She writes that the Cambridges’ account might have gained followersas the “beneficiary of a concentrated fan-driven campaign to keep its numbershigh,” adding, “that Sussex Royal’s success may have been initiallysupplemented with bots, or that Kensington Royal has been receiving followerboosts in the form of bots.”

? Wishing a very Happy 70th Birthday to The Prince of Wales! #HappyBirthdayHRH Two new photographs of The Prince of Wales and his family, taken by @ChrisJacksonGetty in the garden of Clarence House, have been released to celebrate HRH’s 70th birthday — visit @ClarenceHouse for more ?

Royal fans think something shady is going on

In response to Weaver’s investigative reporting, royal fans had plenty to say, with one person commenting: “Well done, Caity! It’s about time the world knew what was going on” and “Kensington royal is clearly manipulating the numbers. We’ve been saying that for months.”

“They’ve been doing disgusting things to gain popularity, but sabotaging the Sussexes IG was a low,” tweeted another person.

Another Twitter user noted: “Thank u! Finally someone looked into this with data analysis! We’ve all looked at KP with a shady side eye at their little ‘leaps’ every time SR surges after a post. If it’s not KP inflating the numbers with bought bots, someone else is helping them. Far right? Tabloids?”