The RSPCA found the young seagull caught in a disposable face covering in South End on Sunday. They rushed the helpless bird, which had its legs trapped, to South Essex Wildlife Hospital.

The seagull was treated at the hospital for swelling to its limbs and joints.

“A young gull with a disposable face mask tangled round its legs.

“As it has been there a while the poor bird’s limbs and joints are swollen. 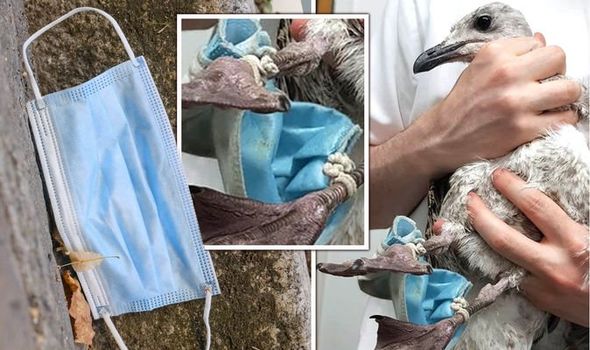 “Hopefully with the corrected veterinary care he will soon recover.”

The post prompted a string of comments from animal lovers.

One Facebook user said: “Humans are the worst virus there is in my opinion. Speedy recovery little fella.”

Another wrote: “Poor little soul why are some people so disgusting? 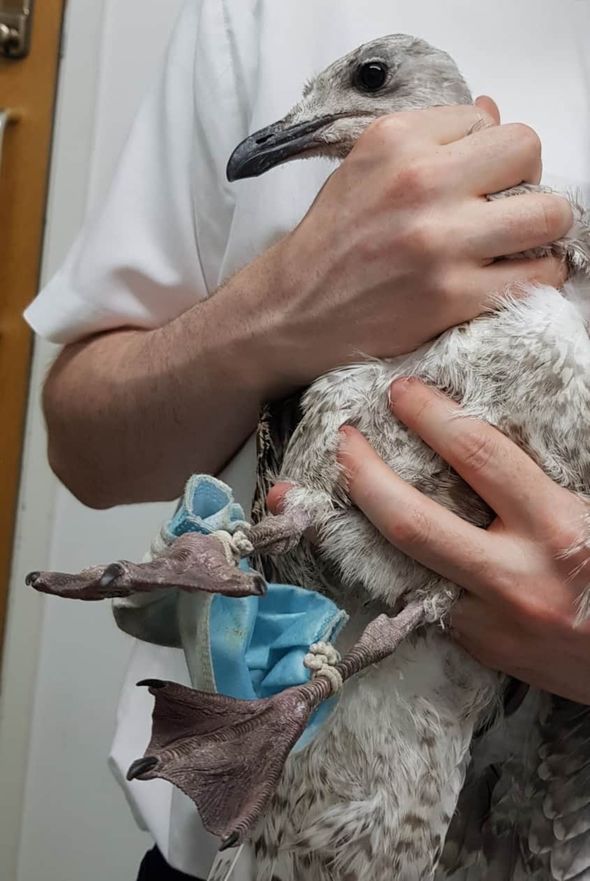 “Do they not think that throwing away their garbage will end up in the sea killing beautiful birds that get caught up in them, of course they don’t, because they are lowlife and only care about themselves!!”

A third commented: “All it took was for that person to put their mask in their bag or pocket and take it home to put in the bin, it’s really not that much to ask. Thank you for helping the little guy.”

Another added: “Poor bird – thank goodness he/she managed to get to you guys.”

A fifth said: “It’s so difficult for some so called people to do the most basic simple things.

“Put rubbish in bins or take it home & dispose it. Surely not rocket science. Or is it for some!”

South Essex Wildlife Hospital said the bird is recovering and will eventually be released back into the wild.

The charity helps around 10,000 animals a year including birds, badgers, foxes, deer, rabbits and mice.

It was founded in 1995 by Sue Schwar at her home but as demand soared the hospital was set up in Orsett, Essex.

South Essex Wildlife Hospital receives up to 100 phone calls a day and can have more than 300 animals in its care at any time.

The charity, which covers most of Essex, east London and north Kent, never turns a sick or injured animal away.

It relies on donations for costs including food, equipment and veterinary bills.