A ‘clever’ homeowner has told how she couldn’t find a dining table she liked, so she decided to make her own using scaffolding planks – costing just £90.

Samantha Turner, from Bradford, took to Facebook group DIY On A Budget Official and penned: ‘When you can’t find the table you want so you make your own from scaffolding planks….’

And it wasn’t long before DIY fans across the nation took to the comments section to praise the savvy woman’s handiwork.

‘Looks lovely. Well done! commended one, while a second similarly enthused: ‘This is lush!’ 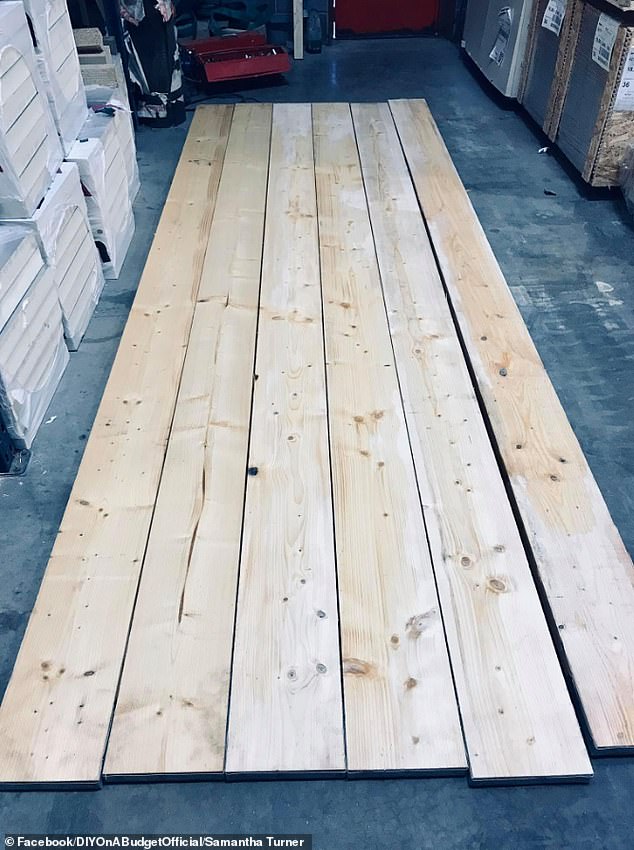 Samantha Turner, from Bradford, took to Facebook group DIY On A Budget Official and told how she couldn’t find a table that she wanted 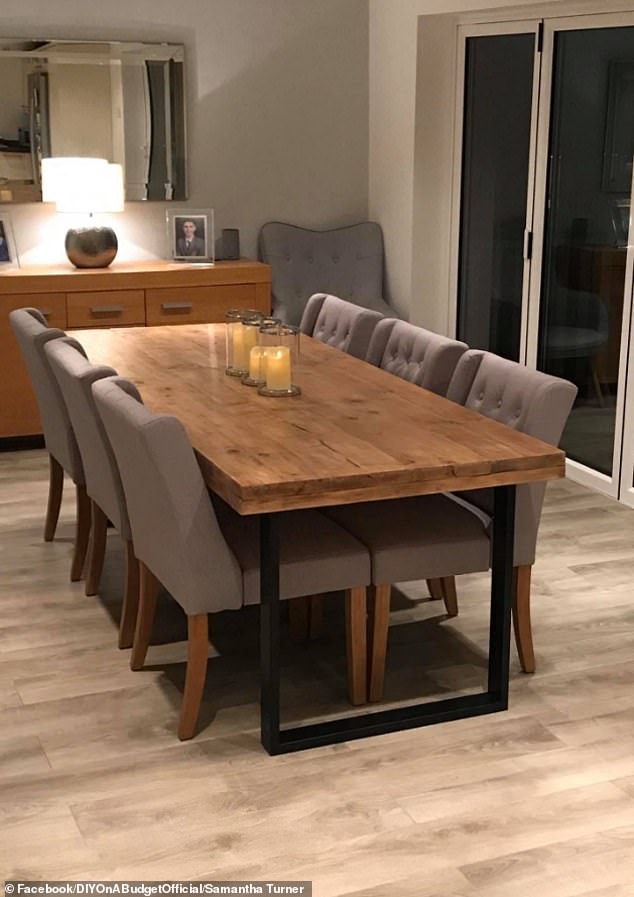 Taking to the DIY group, she penned: ‘When you can’t find the table you want so you make your own from scaffolding planks…’ (pictured)

A third added: ‘It cost £90?? Ridiculously cheap! I’ve got to go wherever you got those planks ASAP,’ while a fourth praised: ‘I’m so in love with this.’

Samantha went on to explain that her clever hack helped her save hundreds of pounds in the process.

‘£90 to create this amazing natural and simple oak look dining table,’ she revealed, much to the amazement of members of the group.

Amongst the praise included one who wrote: ‘This is real nice!’ and another who branded the end result ‘stunning.’

A further commented: ‘Samantha you have done an amazing job on your table. I love it!’ 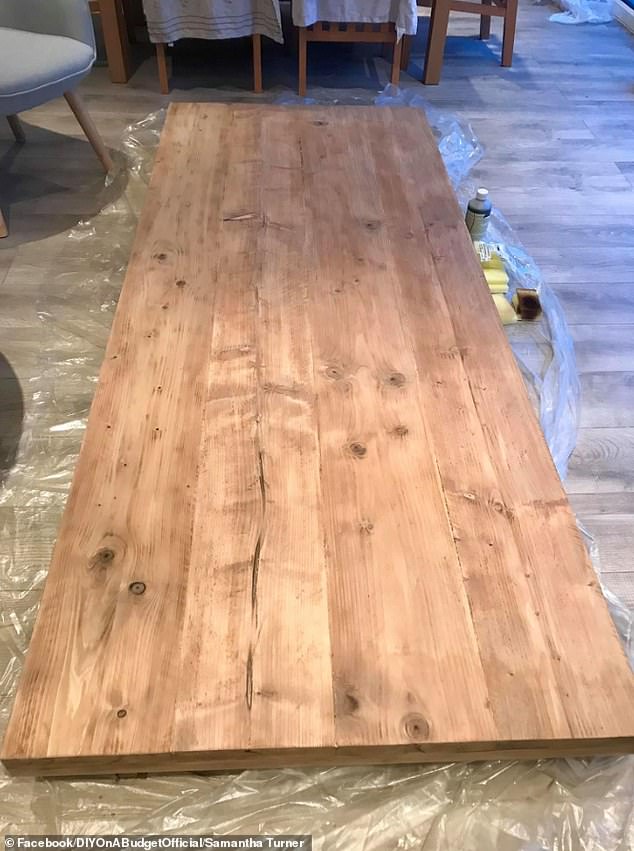 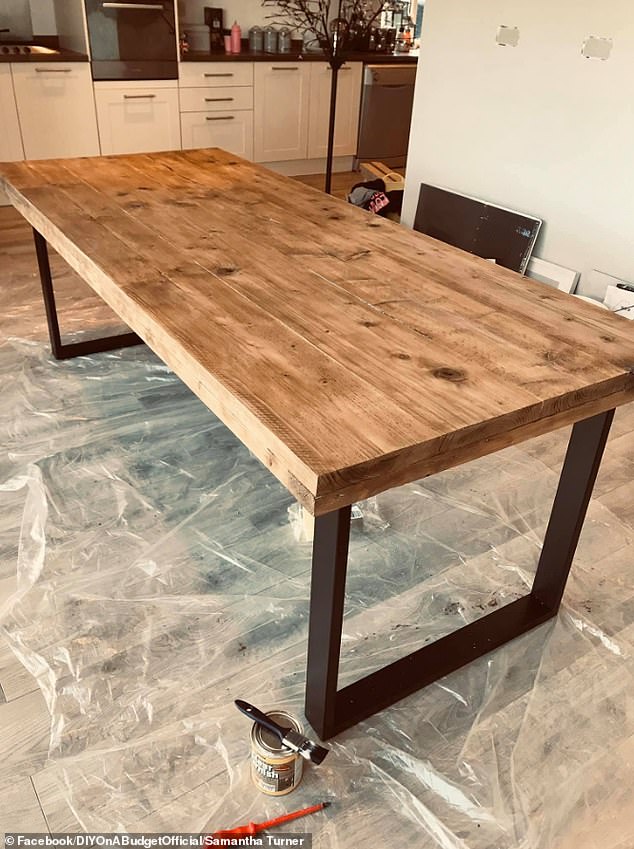 Samantha encouraged those who were keen to find out how she made the legs for the table to drop her a message. Pictured, the table after having a lick of varnish

Amongst the praise included one person who wrote: ‘Wow love this,’ and another who commented: ‘This is clever’ (pictured)

Meanwhile, some decided to drop subtle hints to their other halves in the hope they could follow in Samantha’s footsteps and save a small fortune, too.

‘Can you make this for me, please?’ pleaded one, while a second simply tagged a friend and wrote: ‘HINT HINT.’

A third commented: ‘See this I what I asked for years ago! Amazing!’ while a further proposed the idea as a matter of instruction and penned: ‘Get on it. Want one.’

Another who had previously attempted to make her own table offered words of advise and explained: ‘I done the same but stained all the cut and dents with a grey undercoat first before sanding and used scaffold poles as well.’