Scientists have developed a method to convert fish scales into bendable screens that could be used in a range of portable electronics.

The process was developed by a team of researchers from Nanjing Tech University, who were interested in finding uses for the 70.5 million metric tons of fish waste produced every year by the fishing industry.

To produce the miniature screens, the fish scales are processed to extract their natural gelatins. 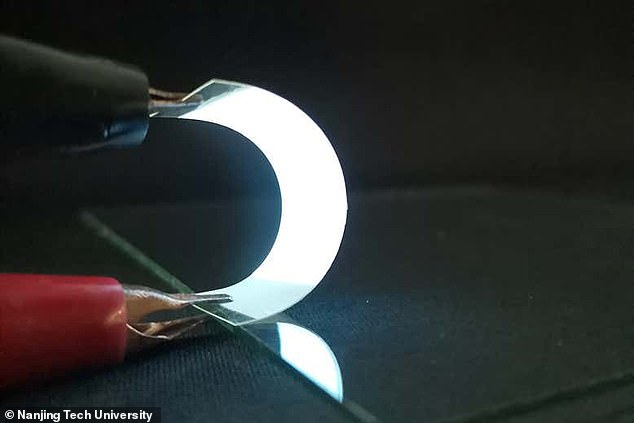 Researchers from Nanjing Tech University have developed a new kind of electric screen made from recycled fish scales, something they hope will help minimize toxic e-waste

The gelatins are spread out into a thin film and mixed with a light-emitting zinc sulphide and copper material, according to a report in New Scientist.

A dense of mesh of small nanowires is then set into the film to act as electrodes that activate the light emitting material in the gelatin.

While traditional electronic displays are made with plastics that can take hundreds of years to break down, the scale-derived screens are fully biodegradable and will break down in just 24 days.

They can also be dissolved in just a little hot water, making them easy to recycle.

The Nanjing team hopes that their new screen technology could help encourage others to focus on developing biodegradable components for electronics. 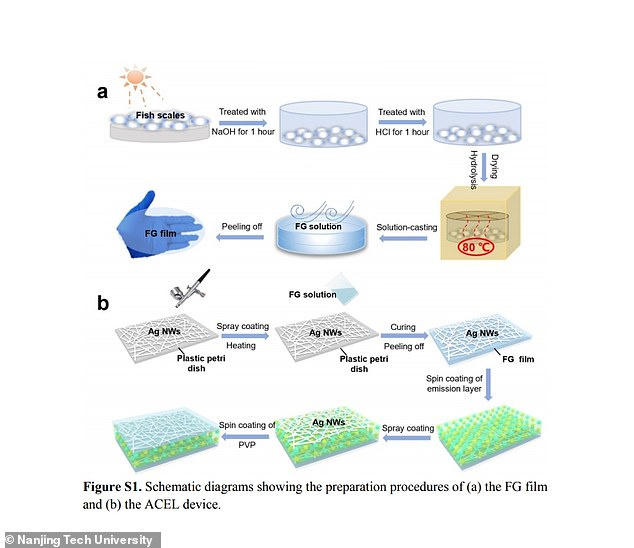 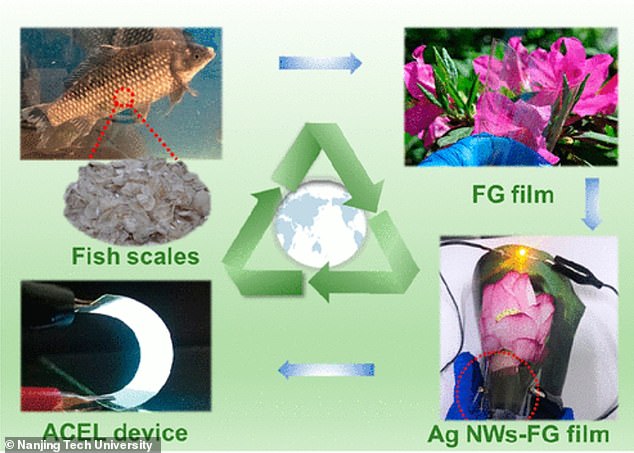 E-waste-connected health risks can result from direct contact with harmful materials such as lead, cadmium, chromium, or brominated flame retardants.

They are also triggered by inhalation of toxic fumes, as well as from accumulation of chemicals in soil, water and food.

In addition to its hazardous components, being processed, e-waste can give rise to a number of toxic by-products likely to affect human health, according to the World Health Organization.

Each year there is an estimated 100 million pounds of toxic e-waste added to landfills.

Around 70 percent of all the toxic waste contained in landfills comes from electronics.

While some companies run recycling programs for e-waste, it’s often cheaper to buy new minerals and components than it is to dismantle older devices for small amounts of material.

With a greater focus on making electronics biodegradable and easily recyclable, the Nanjing team believe a new era in portable and disposable computers could arrive.

‘We are excited about boosting the development of green flexible electronics, which may drive a paradigm shift in our daily life,’ Nanjing Tech University’s Hai-Dong Yu said.