Simone Biles made her much-anticipated return to the Tokyo Olympics in the balance beam final, and won a bronze medal as Chinese 16-year-old Chenchen Guan clinched gold and her teammate Tang Xijing won silver.

There was plenty of fanfare for Biles’ appearance after she had pulled out of her five other events in Tokyo to protect her mental health. The stand behind the beam was half full with various members of the so-called ‘Olympic family’, comprised of many officials and guests of the International Olympic Committee all desperate to see her perform, and they gave her vocal support.

On leaving the floor she was greeted by IOC president Thomas Bach, and as she left the Ariake Arena she was applauded by teammates and staff of USA Gymnastics.

Her performance included minor wobbles before dismounting with double pike, avoiding the twisting with which she has struggled most this week. Bronze was the same medal she won on the beam in Rio five years ago, in what is not her preferred event.

Biles had arrived in Tokyo with the expectation of equalling or even surpassing her historic quadruple gold medal haul from Rio in 2016. But despite successfully qualifying for all four individual finals, she seemed far from her all-conquering best, and left the floor after one rotation of the team final after failing to land a vault.

Biles later confirmed she had pulled out due to ‘twisting’, explaining in a social media quote: “It has never transferred to bars and beam for me. This time it’s literally in every event which sucks. “(You) literally cannot tell up from down. It’s the craziest feeling ever, not having an inch of control over your body.” 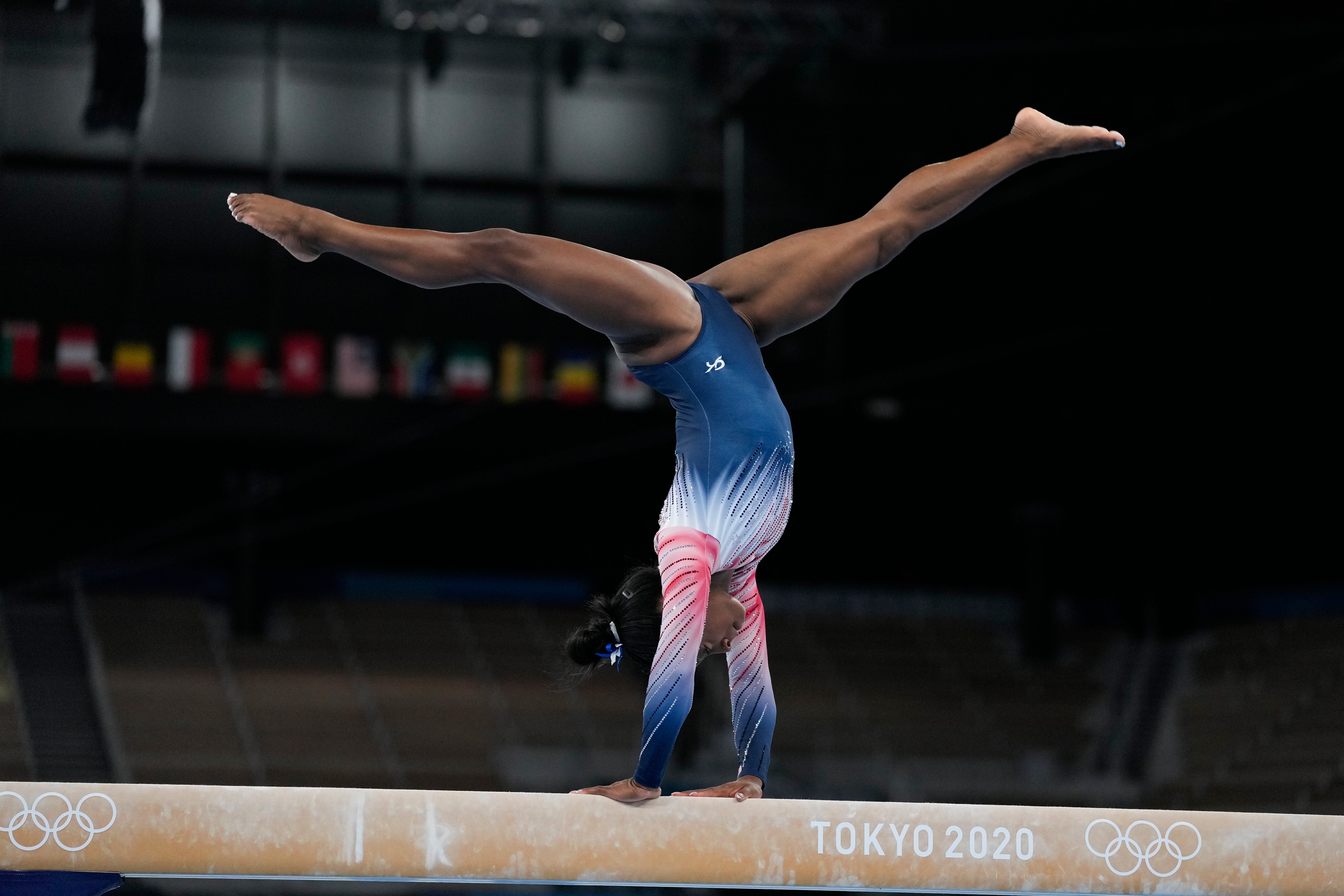 Despite beam not being regarded as Biles’ greatest strength, she has won three world titles on the apparatus, including in Stuttgart in 2019. She booked her place in the final as the seventh out of eight qualifiers, but was only 0.134 behind her US teammate Sunisa Lee, who qualified in third, whilst one of those who out-scored her, Romania’s Larisa Iordache, subsequently withdrew.

Ironically Biles’ bronze medal-winning total of 14.0 was lower than her heat score of 14.066, with a series of minor wobbles in a routine of otherwise exceptional difficulty.

Competing second, she immediately ranked behind Tang, but held onto second place until Yuan, the highest qualifier, delivered a routine which scored 14.633 to take gold away from her compatriot.