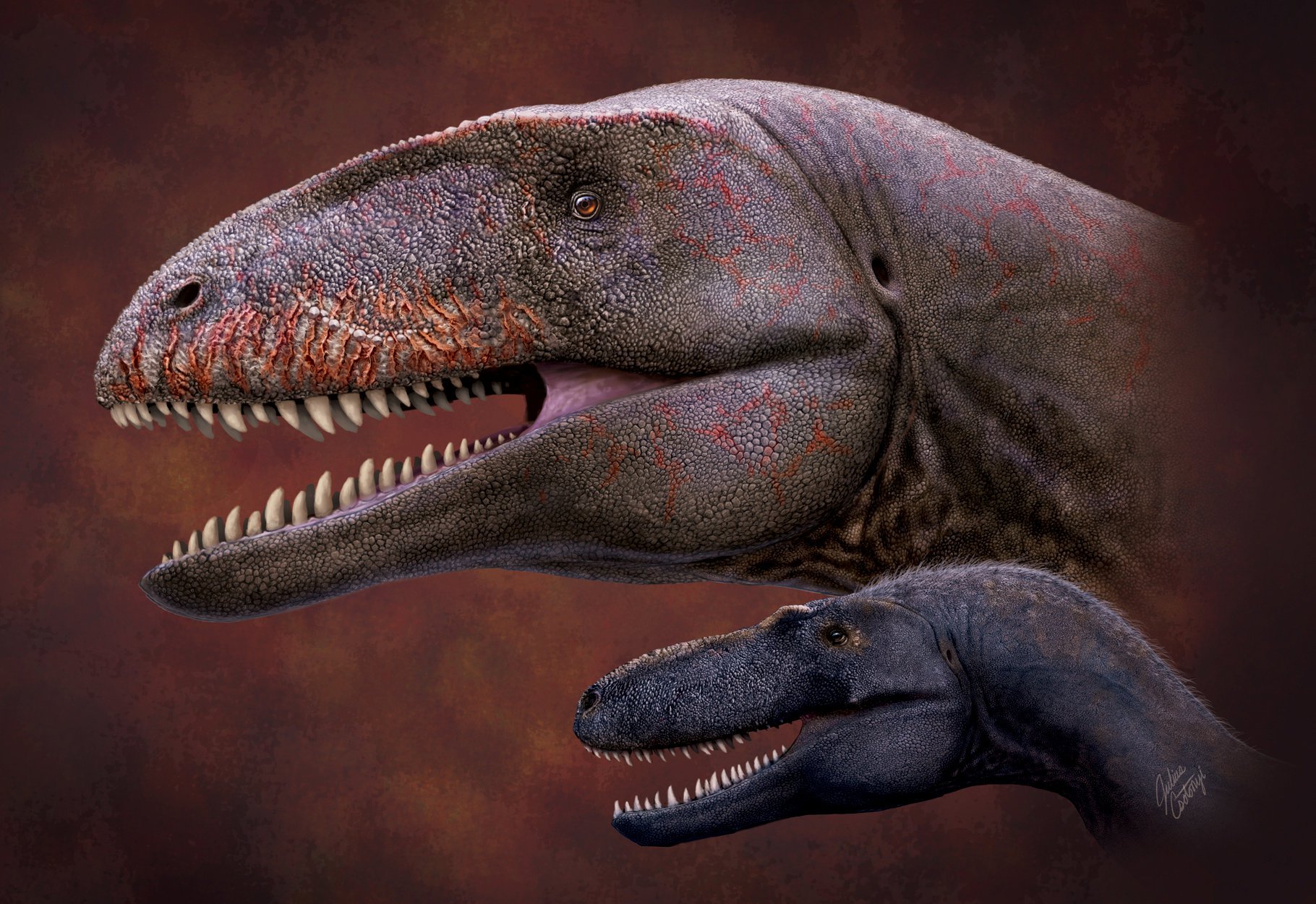 A giant dinosaur that rivalled T-Rex in size and ferocity has been dug up by scientists.

The terrifying beast, as big as a school bus, was one of the mightiest land killers that ever lived.

Its powerful jaws housed serrated, blade-like teeth up to six inches long – similar to those of a Great white shark.

The creature, named Ulughbegsaurus uzbekistanensis, reached 26 feet in length – and weighed over a ton. It strode the plains of central Asia at least 90 million years ago – long before T-Rex walked the Earth.

Ulughbegsaurus may even have eaten the ancestors of the ‘king of the dinosaurs.’ Its hunting grounds spanned hundreds of miles – and included smaller tyrannosaurs.

Lead author Dr Kohei Tanaka, of Nagoya University, Japan, said: ‘Ulughbegsaurus was 8 metres (26ft) in length and over a tonne in weight, based on the size of the jaw bone.

‘The skull would have measured about a metre (3ft 3inches). It had knife-like sharp teeth – and was a meat-eater.’

It belonged to a group known as Carcharodontosaurs, or ‘shark-toothed dinosaurs’.

Dr Tanaka went on: ‘It closely resembled Neovenator – which was actually discovered in the UK.’

Ulughbegsaurus was identified by its left jaw bone and teeth entombed in rocks at a donosaur graveyard known as the Bissekty Formation in Uzbekistan in Asia.

It crops out in the Kyzylkum desert and has yielded a vast number of exquisitely preserved prehistoric vertebrates.

The frightening animal inhabited a coastal plain at the westernmost point of the Asian landmass when Earth’s continents were still bunched close.

‘Ulughbegsaurus, as the apex predator of the ecosystem, hunted these dinosaurs. The Bissekty Formation also includes other animals such as various birds, pterosaurs and mammals. It must have been a fabulously rich environment.’

Carcharodontosaurs are even known to have fought each other – sometimes to the death.

Face and head bites – including tooth punctures and gouges – have been found in the fossil record.

They were almost certainly inflicted during territorial battles – in the same way animals claim rights today.

‘The discovery also provides evidence predatory carcharodontosaurs and tyrannosaurs co-existed in the region at that time.

‘The former were the dominant predators over smaller tyrannosaurs which became larger later in the Cretaceous – and included T-Rex.’

Ulughbegsaurus, described in Royal Society Open Science, sheds light on a peculiar time in history when the world was warm and wet – and covered in shallow seas.

It may have evolved becuase the oceans divided up the land and led to different groups of dinosaurs in different places.

The phenomenon has implications for global warming today as it shows how life may reacts to changes in temperatures – and sea levels.