The shows come on a seven-strong slate at the Edinburgh Television Festival, which also includes Whales with Steve Backshall, a follow-up to the nature presenter’s Shark series, along with Secret World of Sound [working title] about animal behavior.

Intrusion: Stasi FC uses personal testimony from survivors and an extensive archive to tell the compelling story of how The Stasi, East Germany’s secret service, abused football to destabilize the last oasis of free speech in the country, meanwhile. Finally, The Good Fight Club will follow a dynamic, young team of mixed martial arts fighters from South East London in training.

The slate, which is led by Matthew Lorenzo Productions’ Hurst: The First and Only, telling off the life of the man who scored a hat-trick in England’s 1966 World Cup winning side, will be spread across Sky Documentaries, Sky Nature and Sky Crime.

Sky Director of Documentaries and Factual Poppy Dixon said: “From celebrating talented, young, underrepresented voices in an exciting growth sport, to asking uneasy questions about one of Britain’s most notorious killers, to using cutting-edge technology to listen to the natural world with new ears, we are thrilled to be showcasing such an innovative, thought-provoking and entertaining range of true stories on our factual slate.”

Sky Documentaries and streaming service NOW. A Sky Original documentary produced by Lightbox in association with Showtime. Endeavor Content handles rights outside of the UK and US.

In the early hours of February 3rd, 2003, a 911 call was placed to the Alhambra, California Police Department reporting the fatal shooting of a woman. The location, an eccentric French chateau style mansion known as The Pyrenees Castle, was the home of legendary music producer Phil Spector. The woman was Lana Clarkson, a charismatic and once prolific film actress who he had met just that night.

How did the destinies of these two people become intertwined? And what actually happened on that fateful night? Through the lens of this notorious crime and the hysterical media circus that followed, this major four-part documentary series peels back the layers to tell the story both of Clarkson and the man who was convicted of her murder. In doing so, the film re-examines the life and career of one of the most important yet enigmatic cultural figures of the 20th century, a man responsible for countless hit records, including Be My Baby and You’ve Lost that Lovin’ Feeling.

Geoff Hurst’s life is about so much more than scoring the only hat trick in a World Cup Final.

Hurst: The First and Only charts some incredible highs and little-known lows as the sporting legend talks for the first time about the tragedies which have mirrored his remarkable achievements. Hitting football’s highest heights compares little to losing a brother to suicide and a daughter to a brain tumour. And six years after Hurst’s glittering career came to an end, he found himself on the dole.

This is a life shaped by glory and tragedy, fame and normality. The story is told by friends and peers, from Harry Redknapp to Harry Kane, Gareth Southgate, Gary Lineker and Alan Shearer, and more.

And it is much more than a football documentary: at heart this is a very human story, revealing the man behind the statues (there are four) and the accolades.

A return for Ron Scalpello and Matthew Lorenzo, the team behind Bobby, this is the definitive portrayal of a hero for our times.

Intrusion: Stasi FC is the gripping true-crime story of how, in the late 70’s, East Germany’s secret service (The Stasi) attempted to subvert the last remaining oasis of free speech in the country – football.

Living under the Iron Curtain, your choice of football club was essentially a political statement and the stadium the only area in which you could openly express your opposition.

Football thus became a prime target for the authorities. Bribery, intimidation, surveillance, forced transfers and even murder ensued as the Stasi engineered a decade of uninterrupted success for their preferred team, BFC Dynamo, before it all came crashing down with the fall of the Berlin Wall.

The film is told through personal testimony from survivors of the era and an unprecedented deep dive into the “Stasi Files”, 111 linear kilometres of corridors containing previously buried Stasi memoranda – an absolute treasure trove for enquirers into life under the Communists.

Intrustion: Stasi FC is directed by Daniel Gordon and Arne Birkenstock and produced by Erik Winker.

From Bafta-award winning Century Films, The Good Fight Club follows the fortunes of a group of young Mixed Martial Arts (MMA) athletes fighting to make it from their South London gym to the glittering home of MMA: Las Vegas.

One of the fastest growing sports in the world, MMA is also one of the most lucrative, with its stars earning some of the highest salaries in sports – and the fighters of Team Underground want in on the action.

Each has a different reason for coming to the cage – Thomas dreams of being a role model for the deaf community, Shanelle hopes to create a better life for her 5 siblings, and for Aidan, fighting has helped him recover from anorexia – but in Team Underground they have found a community. Head coach Steve – whose kids are some of the most talented fighters in the gym – welcomes anyone willing to train hard, creating a family on and off the mat.

This dynamic and determined group have found camaraderie in the gym, but once they step into the cage, they leave their team behind and must face the ultimate battle alone.

The Good Fight Club is directed by Jack Retallack and Liz Biggs, who also serves as series producer. Brian Hill is the executive producer.

Following on from the success of Sky Nature’s Shark with Steve Backshall, Steve sets out to reveal that whales are ‘mightier than myth’.

In this brand-new series, Steve takes us deeper and closer to the most iconic, mysterious and threatened whales and their dolphin cousins. As a naturalist, conservationist and Sky Ocean Hero Ambassador, Steve will free dive alongside whales in the world’s greatest oceans. We’ll meet mighty sperm whales, caring humpback whales, intelligent killer whales and ingenious bottlenosed dolphins, exploring their complex social relationships, revealing their surprising hunting techniques, and discovering that just like us, many whales have close family units.

Teaming up with world-leading scientists and conservationists, Steve will uncover the secret lives of whales and dolphins, and confront the uncomfortable and urgent truths of overfishing and pollution. Joining whale advocates across the globe, he will discover why whales are essential for the health of our oceans, what we can do to ensure their survival, and reveal the most remarkable conservation story of all.

Whale with Steve Backshall is produced by Ellen Husain and Tom Whitworth. Wendy Darke is the executive producer and Simon Nash is series producer.

Secret World of Sound (w/t) journeys into a realm beyond our senses to discover a world hidden from us – until now. From birth to surviving adulthood, to finding a mate, this innovative series will reveal – in some cases for the first time — a startling new perspective on animal behaviour. Sound is the vocabulary of nature. It plays a crucial role in the lives, evolution and everyday struggle of animals around the planet. Using cutting edge audio technology, this blue-chip documentary series will place sound at centre stage. Nature has an incredible story to tell. All you have to do is listen.

A three-part documentary series unravelling the untold story of the years Fred West spent living in Glasgow in the early 1960s. Uncovering the hidden lives and experiences of his first three victims – his first wife, Rena Costello, her daughter Charmaine and her friend Anne McFall – Fred West: The Glasgow Girls (w/t) investigates how his life of crime began in Scotland and how this period shaped the serial killer he would become.

Led by a female creative team, this distinctive crime series poses questions that haven’t been asked before on this subject. Why were repeated warnings about Fred West’s abusive behaviour ignored? Why were these victims never reported missing? And crucially, how many lives could have been saved if Fred West had been stopped sooner, before he met Rosemary, before the horrors at Cromwell St? 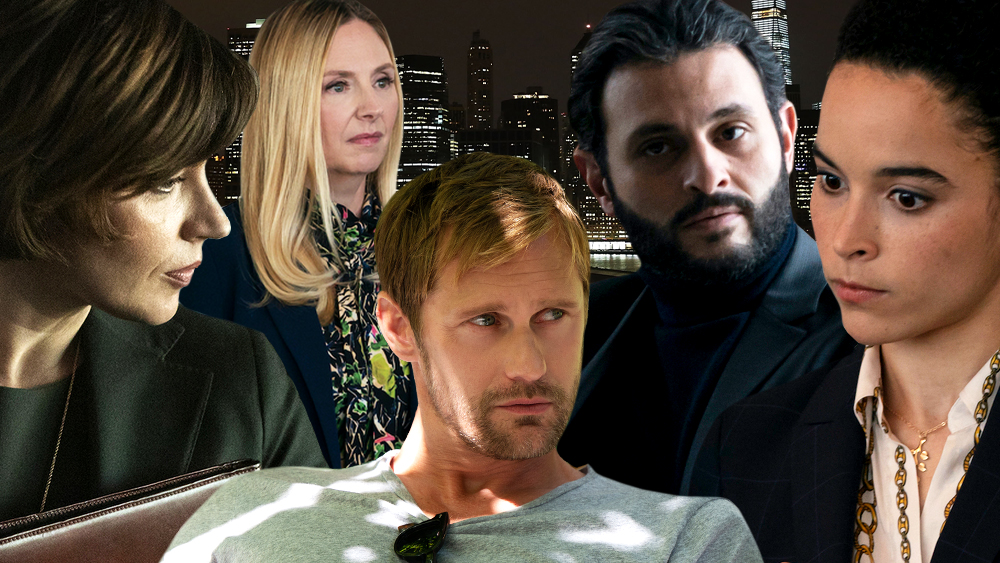