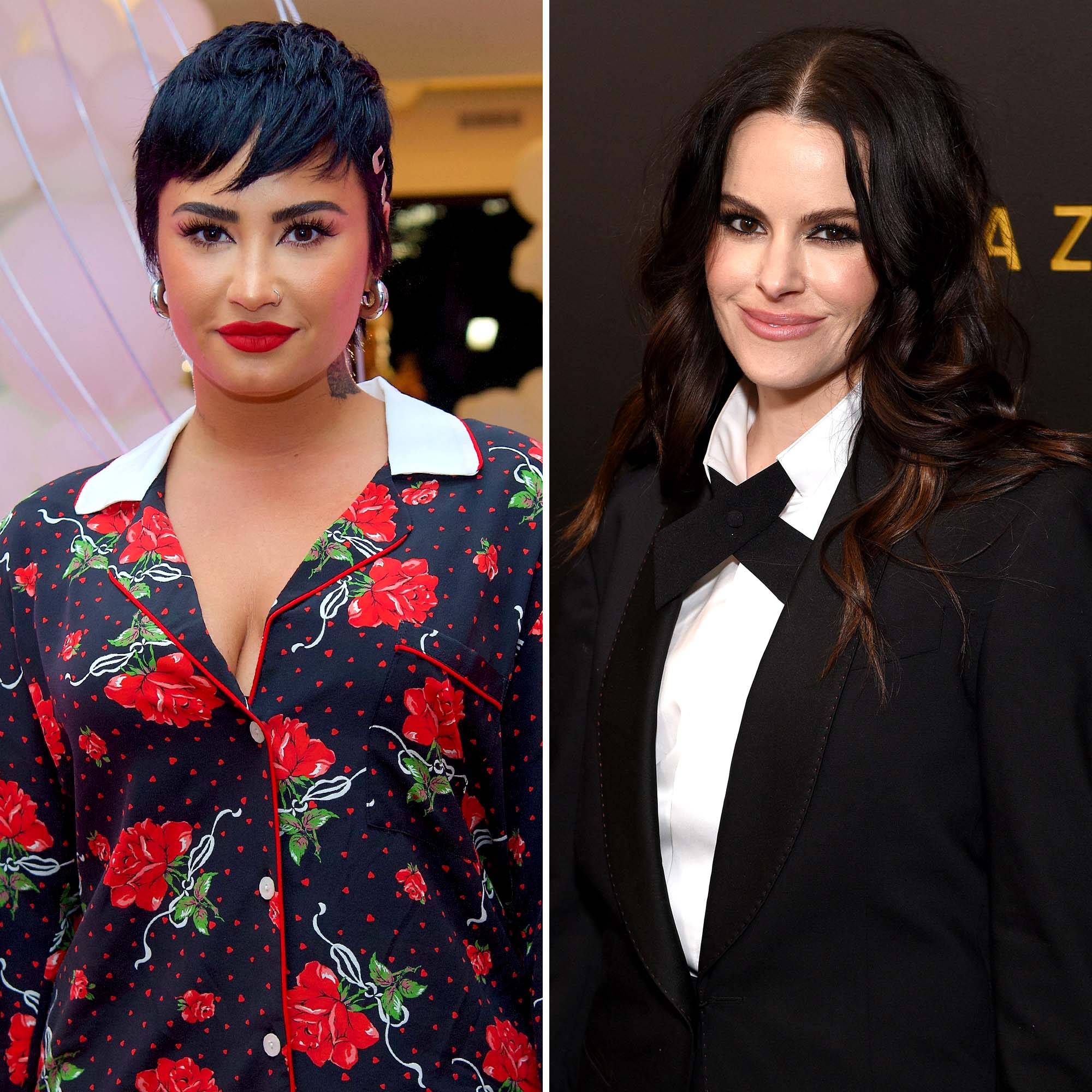 Shooting their shot! Even celebrities can’t resist sliding into someone’s DMs every once in a while, and Demi Lovato is no exception.

Demi Lovato Through the Years

During the Wednesday, September 1, episode of the “4D With Demi Lovato” podcast, guest Emily Hampshire revealed that she first met the “Cool for the Summer” singer, 29, when Lovato messaged her via Instagram.

“I did, I slid in those DMs,” the former Disney star joked. The 40-year-old Schitt’s Creek alum, however, confessed that there was more to the story.

“You slid in my DMs and you said, ‘Hey, I like you on the show. We should kick it sometime,’” the Canada native recalled. “And then you said, below it, ‘And by kick it, I mean go on a date. I find you attractive.’ You made it clear it was a date. And I loved that because sometimes that’s confusing. I’m decades older than you, so ‘kick it,’ I was looking it up.”

The musician then suggested they could be like Hollywood couple Sarah Paulson and Holland Taylor, but quickly realized the comparison implied Hampshire would be Taylor, who is 78. (Paulson is 46.)

“I thought it was the funniest thing in the whole world because I was a Holland Taylor in that situation,” Hampshire recalled. “Proud to be.”

Lovato admitted that her Paulson/Taylor mention was “not my smoothest move,” but added they were happy the exchange led to a friendship.

“A non-binary person can dream,” the “Confident” singer said. “And they, she — I was a ‘she’ at the time — she was dreaming big. I was like, ‘What’s the worst that could happen?’ And I made a really good friend. You’re a dope friend, and I’m happy we became friends.”

Earlier this year, Lovato came out as nonbinary. “Today is a day I’m so happy to share more of my life with you all — I am proud to let you know that I identify as non-binary and will officially be changing my pronouns to they/them moving forward,” they wrote via Instagram in May. “This has come after a lot of healing and self-reflective work. I’m still learning and coming into myself, and I don’t claim to be an expert or a spokesperson.”

In an earlier interview, the “Anyone” singer revealed that their brief engagement to Max Ehrich in 2020 helped them better understand their identity.

“This past year I was engaged to a man, and when it didn’t work, I was like, ‘This is a huge sign,’” Lovato told Glamour in March. “I thought I was going to spend my life with someone. Now that I wasn’t going to, I felt this sense of relief that I could live my truth.”