Elon Musk’s SpaceX has been gathering impressive momentum in recent weeks with a series of successful launches, including taking NASA astronauts to the International Space Station (ISS). The latest launch saw another batch of Starlink satellites sent into Earth’s orbit, taking the total number of SpaceX satellites to more than 500.

SpaceX has released the footage from the latest launch, stating on its website: “On Saturday, June 13 at 5:21 a.m. EDT, 9:21 UTC, SpaceX successfully launched its ninth Starlink mission, carrying 58 Starlink satellites and three of Planet’s SkySats. 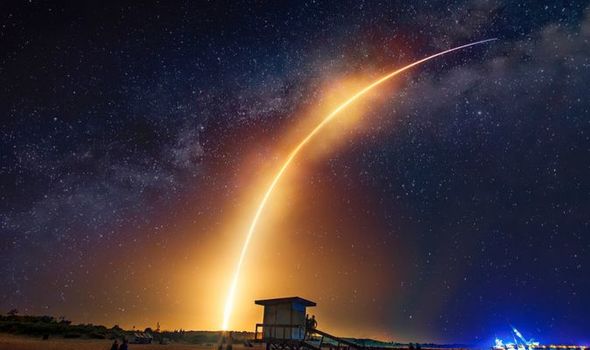 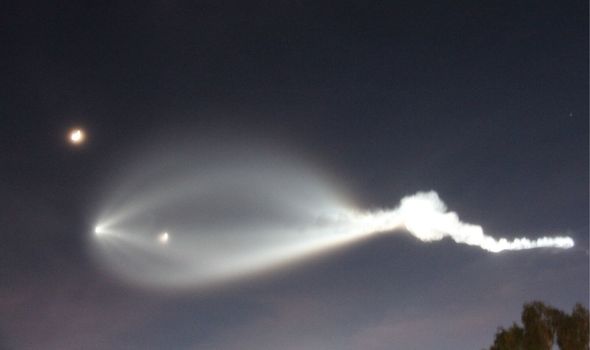 Starlink is SpaceX’s ambitious yet controversial plan to launch 12,000 satellites into Earth’s orbit, with the aim of supplying internet to every corner of the globe.

The first of the 12,000 satellites were launched in May 2019, and month by month Elon Musk’s firm has steadily been increasing its numbers in the skies.

The plans were met with criticism from astronomers who claimed satellite constellations were obscuring the view of the cosmos. 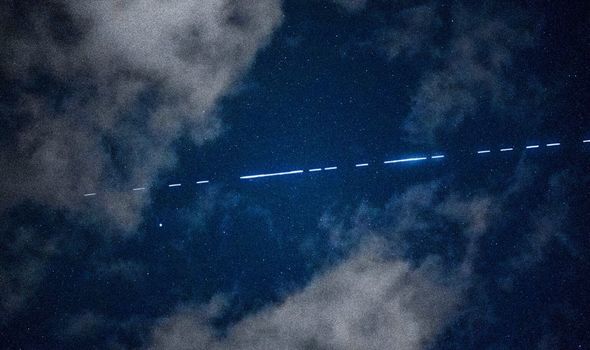 Despite conceding Mr Musk’s Starlink project came with “good intentions”, astronomers are concerned about how it will affect their understanding of the universe and what it contains.

Last year, the International Astronomical Union (IAU) said in a statement: “The scientific concerns are twofold.

“Firstly, the surfaces of these satellites are often made of highly reflective metal, and reflections from the Sun in the hours after sunset and before sunrise make them appear as slow-moving dots in the night sky. 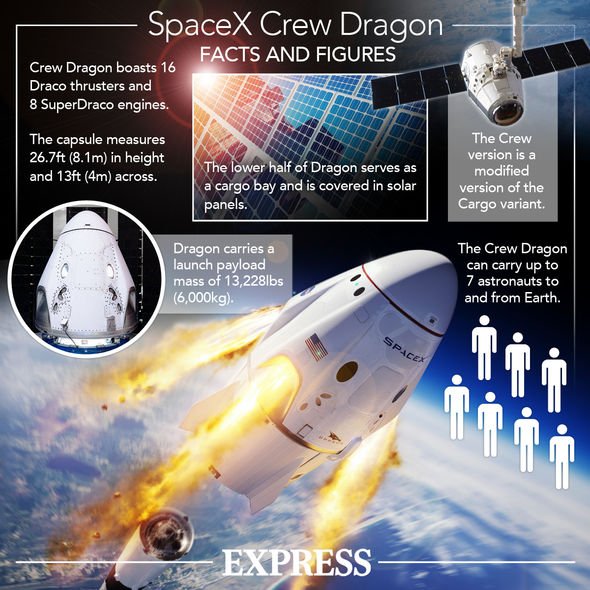 “Although most of these reflections may be so faint that they are hard to pick out with the naked eye, they can be detrimental to the sensitive capabilities of large ground-based astronomical telescopes, including the extreme wide-angle survey telescopes currently under construction.

“Recent advances in radio astronomy, such as producing the first image of a black hole or understanding more about the formation of planetary systems, were only possible through concerted efforts in safeguarding the radio sky from interference.”