The all too familiar sneer that follows after I misunderstand a sarcastic comment or can’t process a string of sentences fast enough has followed me throughout my life.

I grew up knowing I was different but could never quite put my finger on why.

Throughout school, most of my teachers were kind and patient. Some, however, simply couldn’t wrap their heads around why I could read and write well but failed to understand ‘simple’ maths or ‘basic’ instructions.

I spent a lot of my childhood being shouted at or punished but never quite understanding what it was I’d done wrong. If felt so unfair.

My family have always made me feel accepted and provided me with a safe place to be myself. They only became actively concerned about my ‘differences’ when they began to hinder my education as a child.

I couldn’t make sense of times tables no matter how often they were explained to me, and instructions often seemed too simplistic to follow. Where others could read between the lines, I became lost.

When I was nine, a teacher picked up on my strong aversion to numbers and I was diagnosed with dyscalculia. It’s a condition most have never heard of and I received little to no support for it.

Year after year, my confidence would wane. I internalised this low self-esteem because I couldn’t comprehend what was causing it or how to articulate it.

Life became a strange kind of game in which I never seemed to know the rules. Even when I did learn one or two, they would often change without warning: while getting up to sharpen a pencil was fine to one teacher, it would get me shouted at by another.

Secondary school was a shock. Going from the small and familiar classrooms I knew as a child to sharing a school with hundreds of loud, unpredictable teenagers took its toll on me. I was overwhelmed and exhausted.

I developed severe social anxiety and would have regular panic attacks throughout the week.

The building itself was huge and I would frequently get lost, showing up late to lessons. I would often be humiliated by teachers in front of the class because of this and so, at times, would skip crucial lessons altogether. 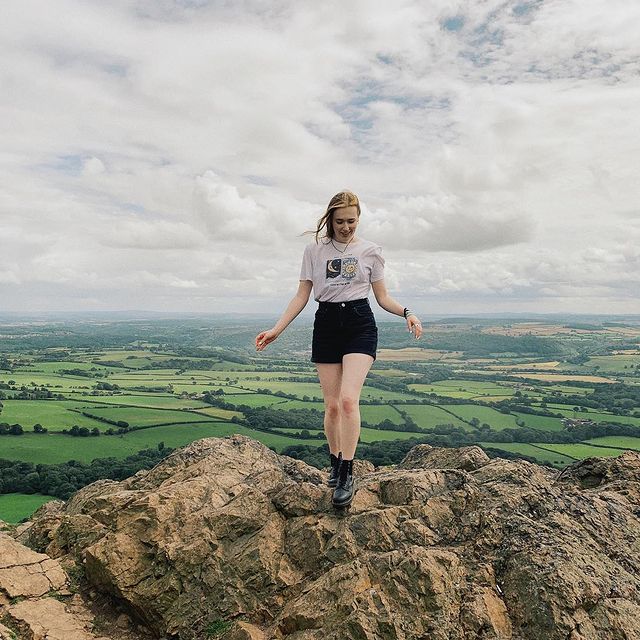 I watched as my peers progressed without me. They became ever-more independent while I fumbled with change at the lunch till as people laughed and hurled insults behind me, calling me ‘slow’, ‘stupid’ and even shouting the R-word.

I managed to make a group of friends who I would sit with at lunch and sometimes go shopping with at weekends. But no matter how hard I tried to fit in with them, I couldn’t keep up with the trends or TV shows they followed. Our friendship lacked depth and meaning.

I became the perfect target for bullies. Girls at school would take advantage, knowing that I couldn’t pick up on their sarcastic and cruel jokes.

For instance, I would spend hours straightening my hair and ensuring I looked ‘neat’ every morning. To others, it must have seemed obsessive.

People began picking me apart over minor imperfections just to watch me panic and become distressed. They even hid clothes, makeup and hairbrushes from me in the PE changing rooms.

My supportive family had been trying to get answers since I was five or six, but with no success. We saw seven professionals over the years but all of them found me to be absolutely fine, just a little ‘quirky’, ‘clumsy’ or ‘ditzy’.

Thankfully, our fight was picked up and continued a year into secondary school by a teacher who spotted how much I was struggling. The school’s paediatric nurse referred me to Child and Adolescent Mental Health Services (CAMHS), run by the NHS.

It was at CAMHS that I would tell a psychologist how loud the world was to me, how out of place I felt all the time. But over the next seven years, they became none the wiser as to what made me so ‘different’.

Then one day, like magic, I found the answer. I’d become curious about a particular word that was mentioned in my Social Studies class, so searched for it on Google.

I read the symptoms and recognised myself in every one of them. I could rarely make eye contact with strangers, had intense – and often unusual – interests and had an incredibly heightened sensitivity to sound and small visual details.

I felt a rush of self-awareness and anger – I had felt alien-like for so long when the answer was right in front of us all the whole time.

I was diagnosed privately – a privilege not everyone has – at 19, after being met with reluctance and disbelief from CAMHS and GPs. My parents and I collectively saved the money to pay for it after being told it would take two years to get an NHS diagnosis.

CAMHS did, however, also diagnose me with ADHD and mild dyspraxia – conditions that both frequently coincide with autism.

Having spent almost 20 years of my life feeling lost and alone, these sudden diagnoses should have given me clarity but, instead, filled me with so many conflicting feelings it seemed like my body couldn’t contain them all.

My family were supportive of the news but, having lost touch with my school friends and been discharged from CAMHS because of my age, I felt incredibly isolated. I spent most weeks alone, attempting to understand myself as an autistic person.

Feeling that I’d never be free of negative judgment, I attempted to take my own life several years ago.

Thankfully I had a change of heart and shouted for help, and I was given medical intervention, and have never attempted it again.

I find large groups really hard to deal with, so often leave social events deflated and upset. I feel as though I have to perfect my sentences or add something smart and witty to counteract my ‘slowness’. I can never just be.

When I reveal to people that I’m disabled, I’m either met with polite understanding or the head tilt and high-pitched voice of someone speaking to a small child. It’s understandable to an extent, but having to bear the upsetting weight of others’ ignorance every day is emotionally draining.

I’ve noticed that people often look for physical signs of disability and, when they can’t see any, they find it hard to fathom that any disability even exists. It’s much easier for people to think of me as clumsy than to understand the complexities of my disabilities.

I didn’t know Disability Pride Month existed until I noticed people referring to it on social media. I think a lot of non-disabled people associate it with the idea of ‘overcoming’ an impairment – but, for me, there is nothing to overcome, because autism is not a flaw, it’s simply a state of being.

I am proud to exist as I am.

As a society, we pick apart young women – and this habit finds its way into the education system and medical fields too. This means disabled girls can grow up feeling inadequate and alone and, in many cases, don’t get a diagnosis.

Recent studies suggest that the ratio of autistic males to females is 3:1. This is not because autism is more prevalent in males: some think it’s because the typical symptoms that females exhibit are more likely to go unnoticed because of their gender or the way they display them.

Receiving my diagnosis put me on a path toward self-love and acceptance that I wouldn’t have been able to access otherwise.

Now, at 25, I have just finished my degree, am surrounded by great friends, family and a supportive boyfriend, and instead of fearing the future, I welcome it with open arms.

I often wish I had discovered that I was autistic earlier and wonder how it might have changed my life.

Charities and organisations such as The National Autistic Society, Ambitious About Autism and Autistic Girls Network aided my self-discovery. They offer invaluable knowledge and support for autistic children and adults across the UK.

If you think you or someone close to you could be autistic, seek help and know that you don’t have to face it alone – I spent too long doing that.

Metro.co.uk’s weekly The Truth Is… series seeks to explore anything and everything when it comes to life’s unspoken truths and long-held secrets. Contributors will challenge popular misconceptions on a topic close to their hearts, confess to a deeply personal secret, or reveal their wisdom from experience – good and bad – when it comes to romance or family relationships.