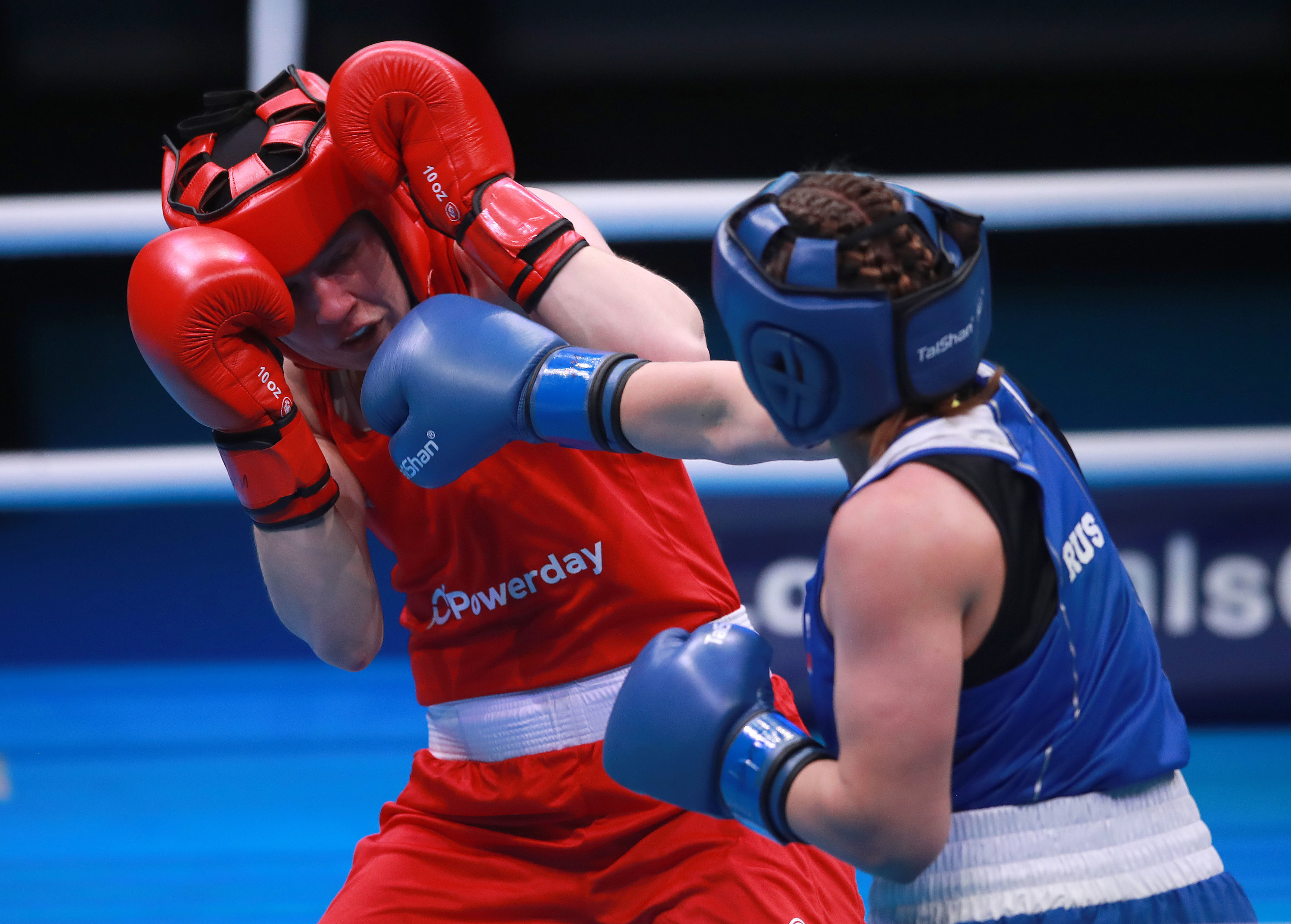 The 23-year-old made a fine start to the CopperBox bout, using her height and reach advantages to score from distance.

But the 31-year-old Soviet slugger dragged her into a dog fight and a split 4-1 decision broke the Brit’s heart.

The crushed hero said: "“It wasn’t a nice fight to be in.

The former Deliveroo cyclist looked like serving up a perfect opening round, scoring with a string of crisp straight shots that stumpier Dalgatova could not live with.

But, in the second half of the session, Eccles engaged far too much and the experienced Russian managed to catch her with a handful of short shots.

In the second round, when the former cleaner listened to her corner’s advice and stuck to straight shots, she wiped the floor with Dalgatova.

But too many times her bravery took her into dangerous pockets where she was tagged.

After more scrappy exchanges in the third, Dalgatova needed a break, with a minute of the fight left, to fix her headguard.

But she lost all her momentum in the reshuffle and Eccles scored with a handful of power punches.

But the late flourish was not enough to save the flame-haired fighter whose burning Olympic dream was extinguished by the judges.