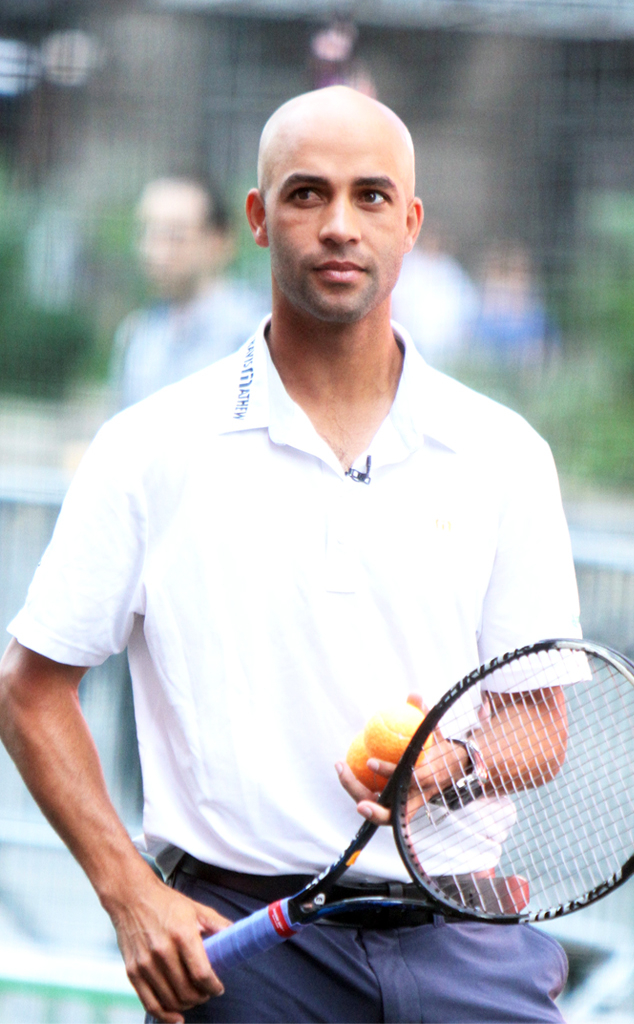 James Blake is opening up.

During his virtual visit to The Tonight Show Starring Jimmy Fallon, the tennis pro recalled a past experience with police brutality that occurred while he in was in New York for the 2015 U.S. Open.

“I was waiting for the car to take me to the Open and just waiting outside my hotel when an officer ran up and just ran into me, slammed me into the wall and threw me on the ground, and cuffed me and had me in custody for about 10 to 15 minutes without me doing anything,” he told host Jimmy Fallon. “And I was standing there just ready to get to the Open and they said I looked like a suspect. Turns out, the suspect was for a credit card scam they were running. Nothing violent. No reason, in my opinion, to necessarily tackle someone.”

As he continued, Blake remembered everything changing in a split second. “He had me down with my face in the pavement and he put his knee in my back and was cuffing me,” he said. “And the first thing he said was, you know, ‘Shut your mouth. Put your arms back.'”

While being detained, the athlete shared that his mind went to conversations he’d have with his father about what to do when interacting with police.

“At that point, it’s 2015, there were still already plenty of signs in the media—plenty of cases of police violence of Black men and women being killed or harmed by the police,” Blake said. “So, my first thought is back to the conversation I had with my dad, back to all those instances and my first statement was, ‘I’m complying 100%. Whatever you say, I’m complying 100%.’ Because I know I don’t want to be a stat and everything else can be figured out afterwards—you know, any legal battles, their mistake in identity. Whatever it is, it can be figured out later. But, you just comply.”

Despite the police officer’s mistake, Blake said that he never received an apology from him.

“And, in terms of, like, trying to get justice, I tried so hard,” he continued. “I mean, this is why I’m so encouraged right now by today’s events is that I screamed and yelled for two years, it took, for me to get any sort of an internal trial against this police officer, to try to get any sort of accountability. And all he lost was five vacation days for this and it was his fifth incident.”

“He’d had four others, all against African American men—one when he broke a guy’s jaw—and he lost five vacation days,” he continued. “And they said he couldn’t be fired because it’s just not fair because the precedent before this for cases like this weren’t that strict. That’s where it just needs to be changed.”

Blake went to the media that same day to share what had happened in hopes of change. “It just made sense that I had to say something,” he explained. “And I went to the media and it opened by eyes to a lot of things because, if I hadn’t gone to the media, I realized that none of those officers filed a report. So, nothing would have happened. They never would have said anything, there was any sort of incident. Any sort of occurrence.”

“And if I wasn’t who I was and had the ability to go to the media—if I’m James Blake the accountant going off to my 9 to 5 and I didn’t have the wherewithal to get their badge numbers, their names—which I didn’t do and I think of myself as someone who is pretty calm and collected under pressure. I didn’t think to do that,” he continued. “So, the only way I was able to do that was going to the media. And so, I realized I had to do something that’s gonna help others in this situation and not just me because I’m lucky enough to have the voice that I have.”

E! News has reached out to the NYPD for comment and have not yet received a response.

“E! stands in solidarity with the black community against systemic racism and oppression experienced every day in America,” the network said in a statement on May 31. “We owe it to our black staff, talent, production partners and viewers to demand change and accountability. To be silent is to be complicit. #BlackLivesMatter.”