The Boys Season 3 hits Prime Video this June, and the trailer teases an outing more thrilling than the previous two. There’s so much happening in the footage, fans will need to watch it a few times to catch all the details. But one thing stands out: the trailer shows Billy Butcher (Karl Urban) using laser vision. What does that mean for his character?

Prime Video dropped a trailer for ‘The Boys’ Season 3

Prime Video released the first official teaser trailer for The Boys Season 3 on March 12, promising an outing full of violence — something fans have grown accustomed to.

The footage sees all our favorite Supes back in action — from members of the Seven, like Homelander (Antony Starr) and Starlight (Erin Moriarty), to those operating on the outskirts, like The Deep (Chace Crawford) and A-Train (Jessie T. Usher). It also teases the arrival of Jensen Ackles’ Soldier Boy.

Surprisingly, Soldier Boy isn’t the most interesting part of the trailer. The first look also brings back The Boys team, and there’s something noticeably different about their leader. Billy Butcher appears to be using laser vision in the new episodes.

Billy Butcher is using laser vision in the season 3 trailer 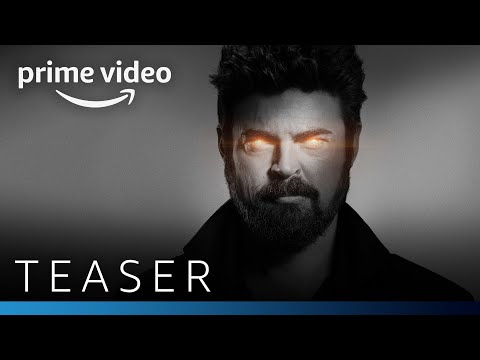 A recently released poster for The Boys Season 3 suggested fans might see Karl Urban’s character using laser vision in the new episodes. This is an unexpected development, but the new teaser trailer confirms it.

The trailer for The Boys Season 3 shows Butcher using the same power as Homelander multiple times during its almost two-minute run. It’s jarring, to say the least.

This raises questions about where the series plans to take Butcher’s character and the other members of his team. Could they become Supes in the next outing? Or is there something else at play here?

What does this mean for ‘The Boys’ character going forward?

The Boys Season 3 will definitely feature some shots of Billy Butcher using laser vision, but is this happening in his head or does it tease the character actually getting powers?

The shots of Butcher looking in the mirror suggest he might be imagining this newfound ability. It’s possible Butcher is experiencing PTSD after watching Becca (Shantel VanSanten) die during the season 2 finale. Since her son accidentally killed her using laser vision, Butcher could be having nightmares about the event. His obsession with getting revenge on Homelander might be growing as well.

Of course, there’s also a chance the trailer is actually teasing a plot where the team takes Compound V. The Boys comics see them doing this, though they never gain abilities like laser vision. Prime Video’s adaptation could take liberties while bringing this storyline to life. Given its recent Twitter tease about “leveling the playing field,” we could see Butcher and his friends taking a new approach to dealing with Supes.

Only time will tell if Butcher really has superpowers, but the trailer leaves plenty to speculate about in the meantime.