From Open All Hours to Gavin and Stacey: The filming locations for Britain’s favourite TV shows mapped and pictured

It’s a tour of Britain with a TV twist.

UKTV Play has produced a fascinating map of the filming locations of some of Britain’s most-loved TV shows.

And for a bonus, MailOnline Travel has matched some of the shows’ scenes with pictures of the real-life filming locations, which you can see below. 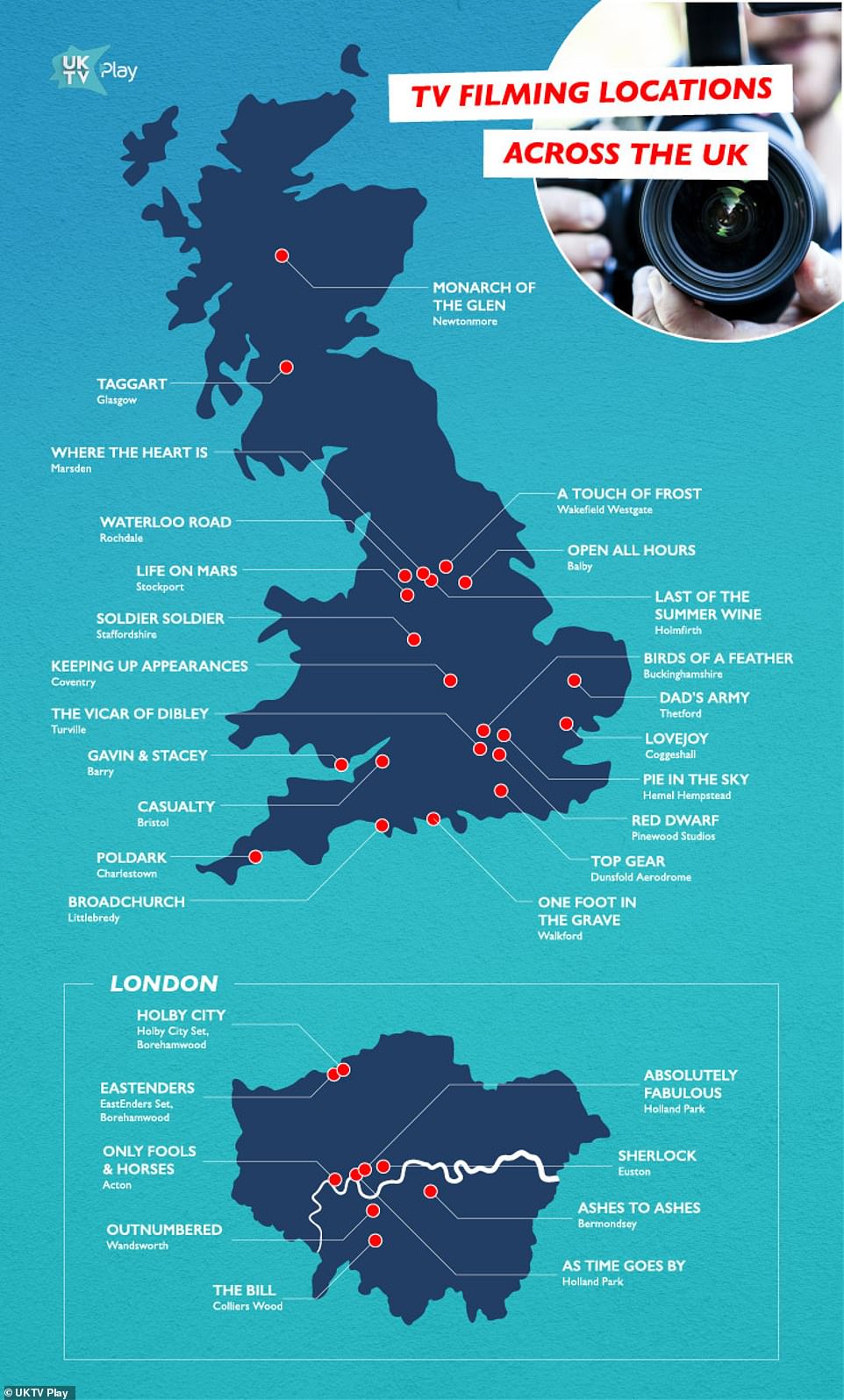 We bring you the Doncaster street where the sitcom Open All Hours was filmed, the row of terraced houses in Barry, Wales, which feature on Gavin and Stacey – and the tower block in Acton that was Nelson Mandela House in Only Fools and Horses.

Scroll down to explore them all… 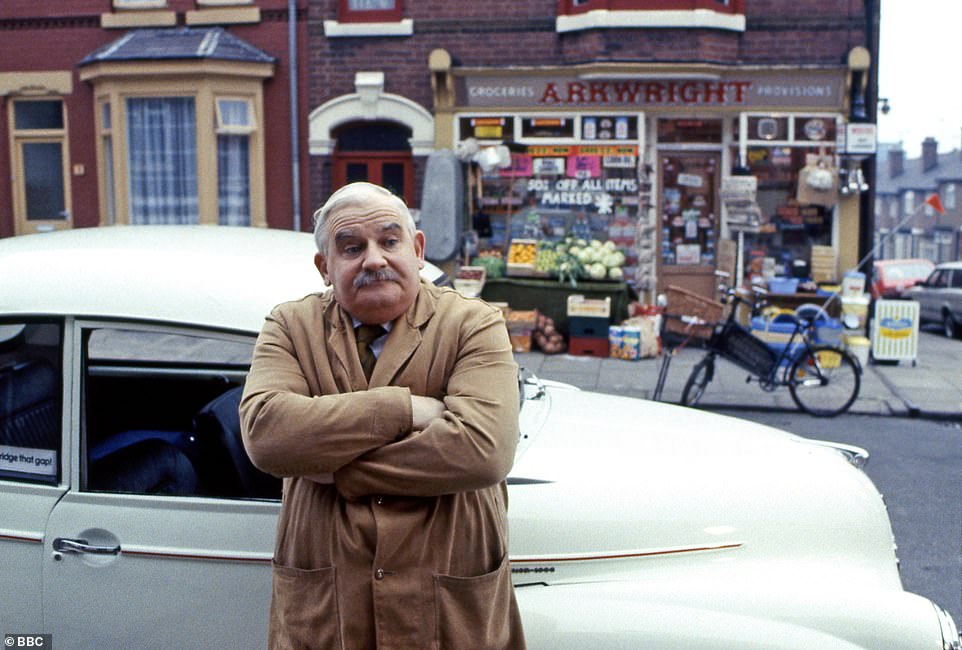 Open All Hours, the 1970’s sitcom starring Ronnie Barker and David Jason, was set in Balby in Doncaster, South Yorkshire 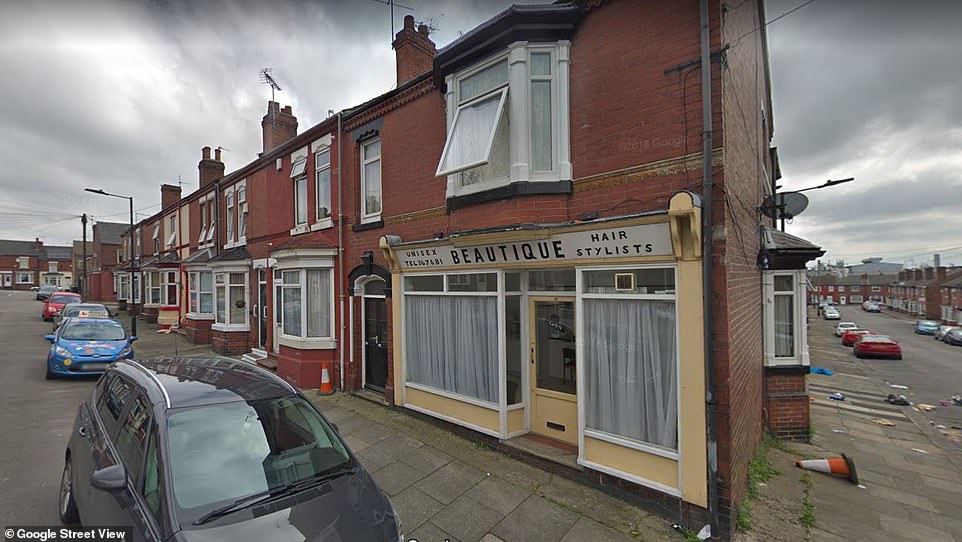 The street in Balby today, where exterior shots of the shop for the hit TV show were filmed

The hit 1970’s sitcom starring Ronnie Barker and David Jason was set in Balby, Doncaster, and many of the exterior shots were actually filmed in the South Yorkshire town.

For example, the exterior shots for Arkwright’s shop were filmed on Lister Avenue in Balby.

You can view the location on Google Maps by clicking here. 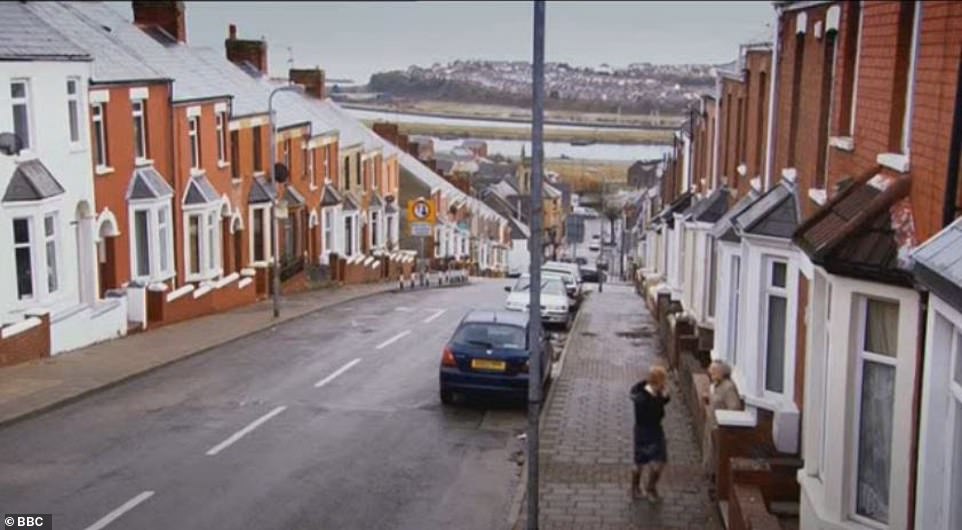 The street in Barry that was used for filming exterior shots for the houses belonging to Gwen, Doris and Uncle Bryn – as seen on Google Street View 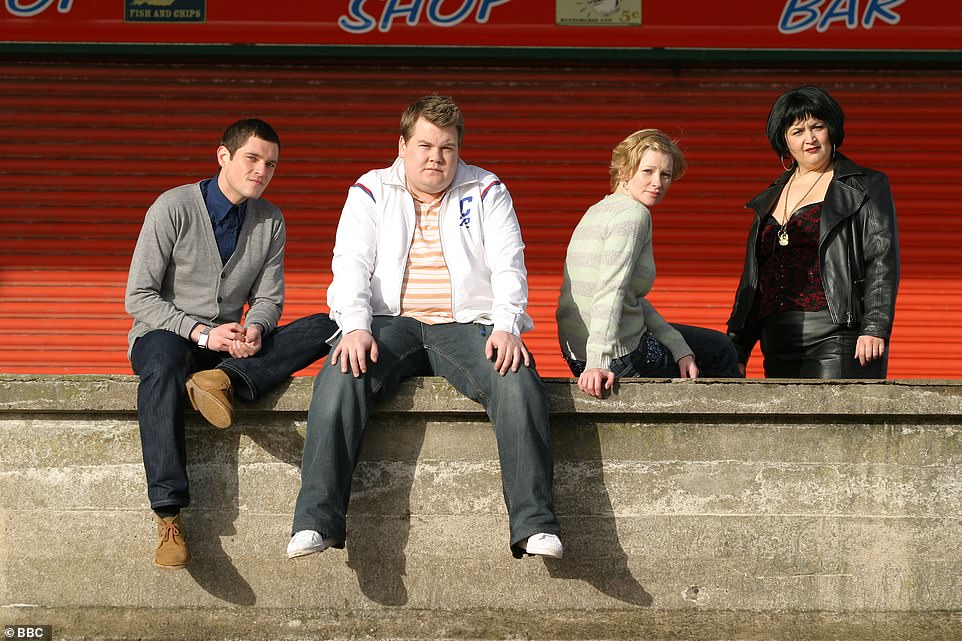 Gavin and Stacey, written by James Corden and Ruth Jones, ran for three series and was largely set in South Wales

Gavin and Stacey, written by James Corden and Ruth Jones, ran for three series and was set largely in the Welsh town of Barry.

And one of the streets in the town was used for exterior shots of the houses that Stacey and Gwen, Doris and Uncle Bryn lived in.

To explore the street on Google Maps, click here.

Only Fools and Horses – filmed in Acton 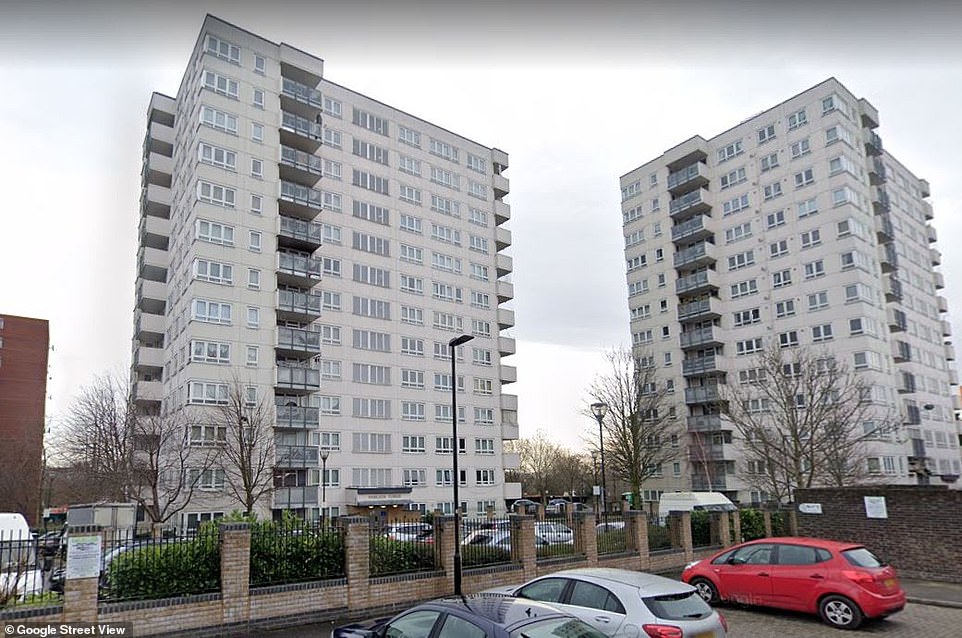 These two tower blocks in Acton, west London, featured in the opening credits of every episode of Only Fools and Horses – posing as towers in Peckham, where the show was set 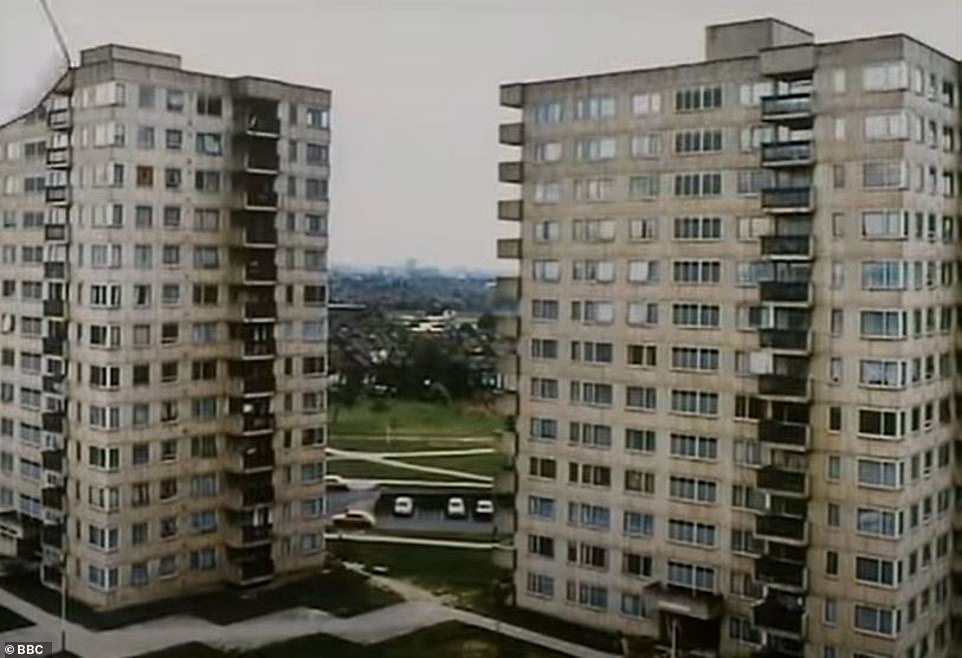 Characters Del Boy (David Jason) and Rodney (Nicholas Lyndhurst) lived in the fictional Nelson Mandela House. This is a still from the show 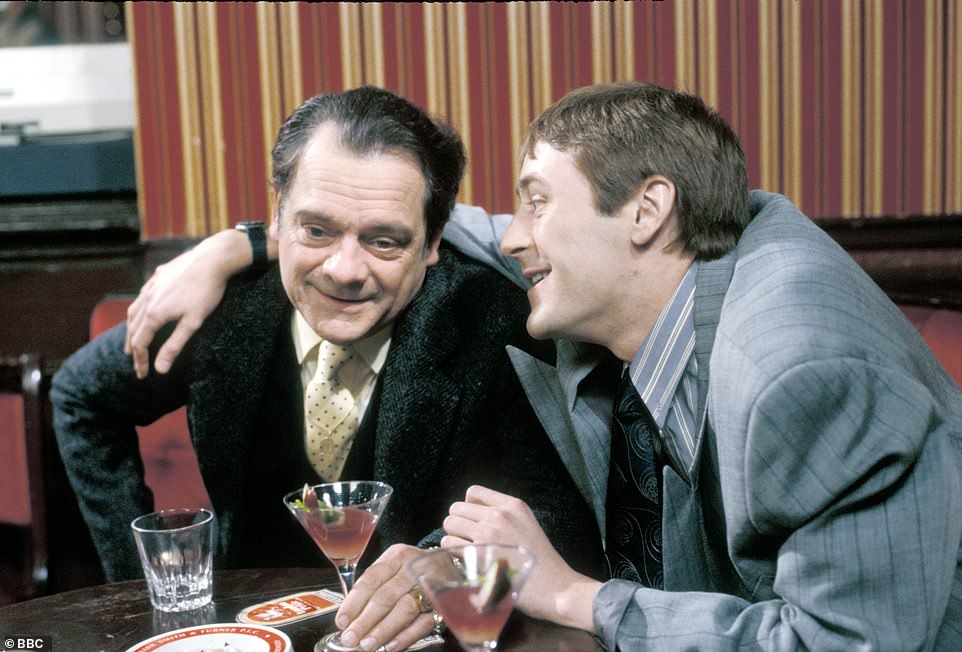 Classic comedy: Pictured are the stars of the show – David Jason and Nicholas Lyndhurst

Two lofty tower blocks appear in the opening credits of every episode of Only Fools and Horses, which is set in South London’s Peckham area.

Characters Del Boy (David Jason) and Rodney (Nicholas Lyndhurst) live in one of them – the fictional Nelson Mandela House. But the tower blocks filmed for the credits were actually in Acton, 13 miles away in West London.

Last year, it was reported that the tower in Acton specifically used as the characters’ home – Harlech Tower – was to be demolished. Fans of the show can visit it virtually using Google Maps. 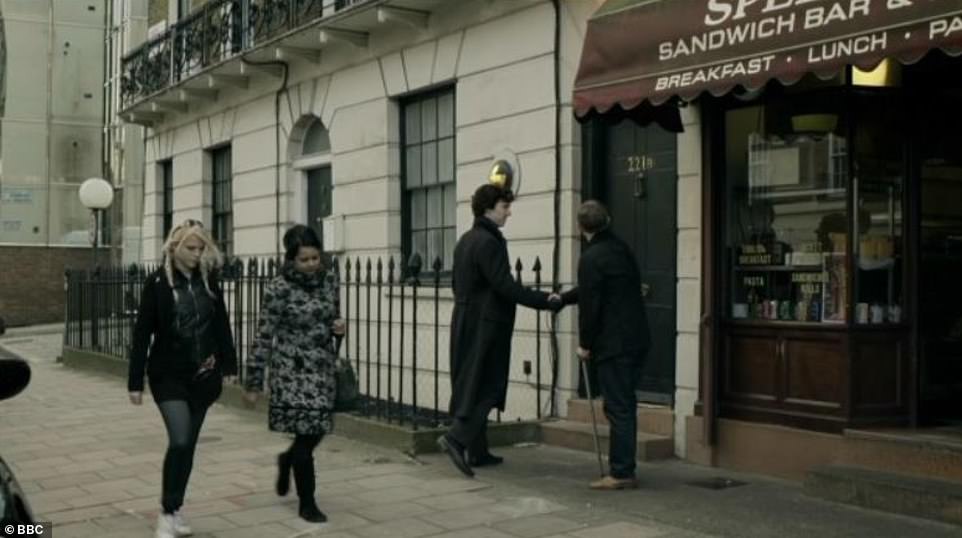 The fictional address of Sherlock Holmes is well known as 221B Baker Street. Benedict Cumberbatch stars as Sherlock in the hit BBC show (above) 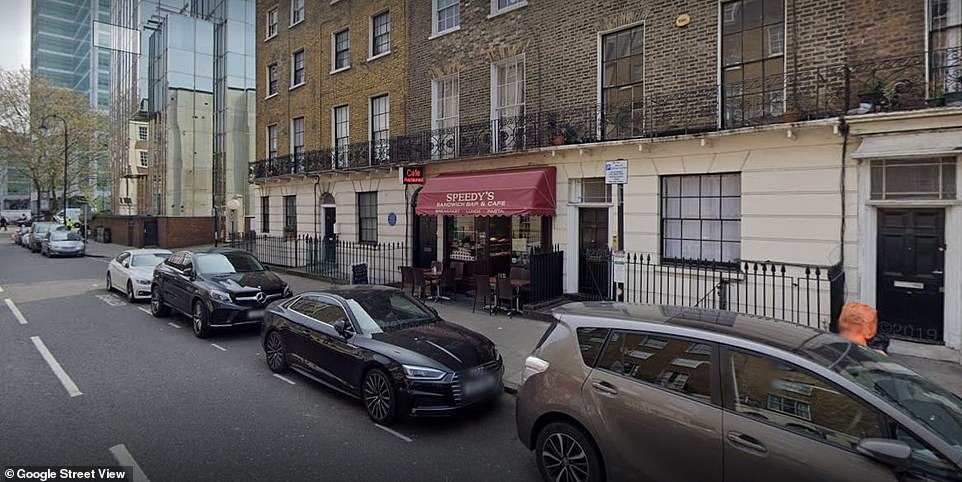 The actual filming location of Sherlock’s address is near Euston Square, and not in Baker Street

The fictional address of Sherlock Holmes is well known as 221B Baker Street.

But in the hit BBC series, the exterior shots were actually filmed near Euston Square.

To take a tour of the familiar exterior buildings fans can explore the area using Google Maps.

The Vicar of Dibley – filmed in Turville, High Wycombe 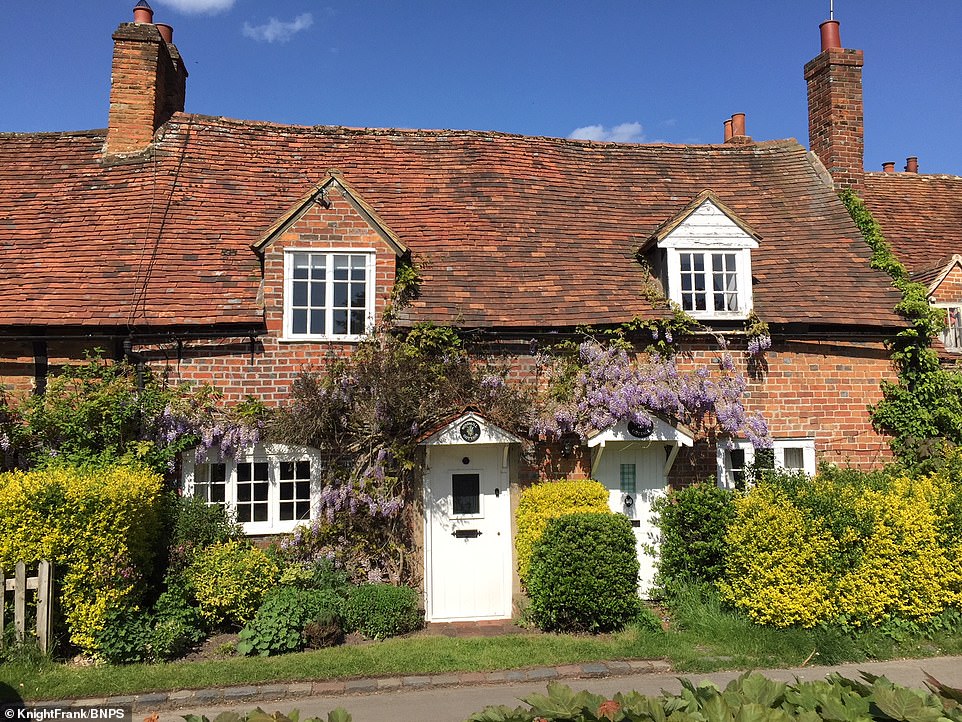 The Vicar of Dibley was filmed in Turville, a small village in Buckinghamshire near High Wycombe 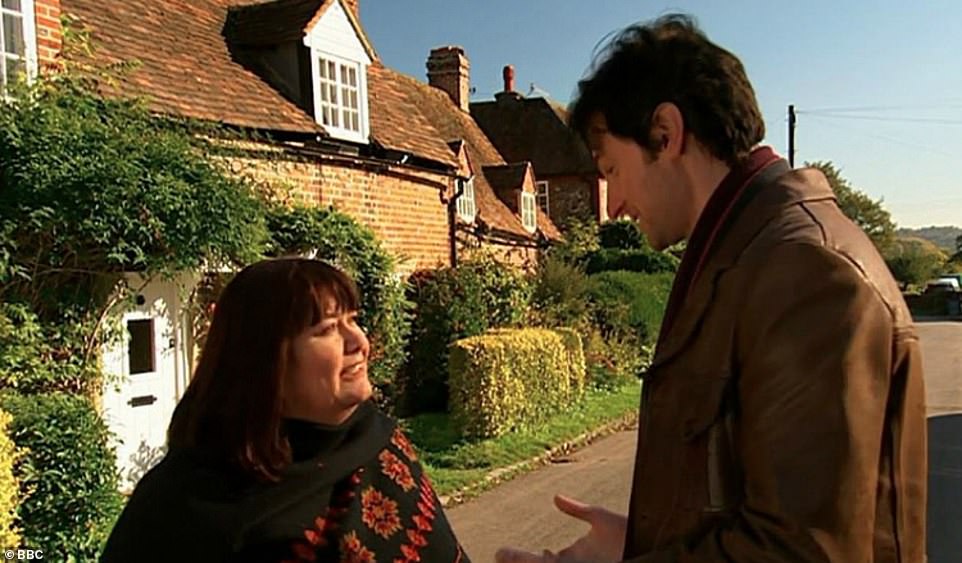 Although filmed in Turville, the sitcom, starring Dawn French, pictured, is actually set in a small village in Oxfordshire

Although The Vicar of Dibley is set in a small village in Oxfordshire, the show was actually filmed in the small village of Turville, in Buckinghamshire, near High Wycombe.

The location has been widely used in British TV, including for Midsomer Murders and Goodnight Mister Tom.

You can take a tour around the locations using Google Maps here.

Last of the Summer Wine – filmed in Holmfirth, Huddersfield 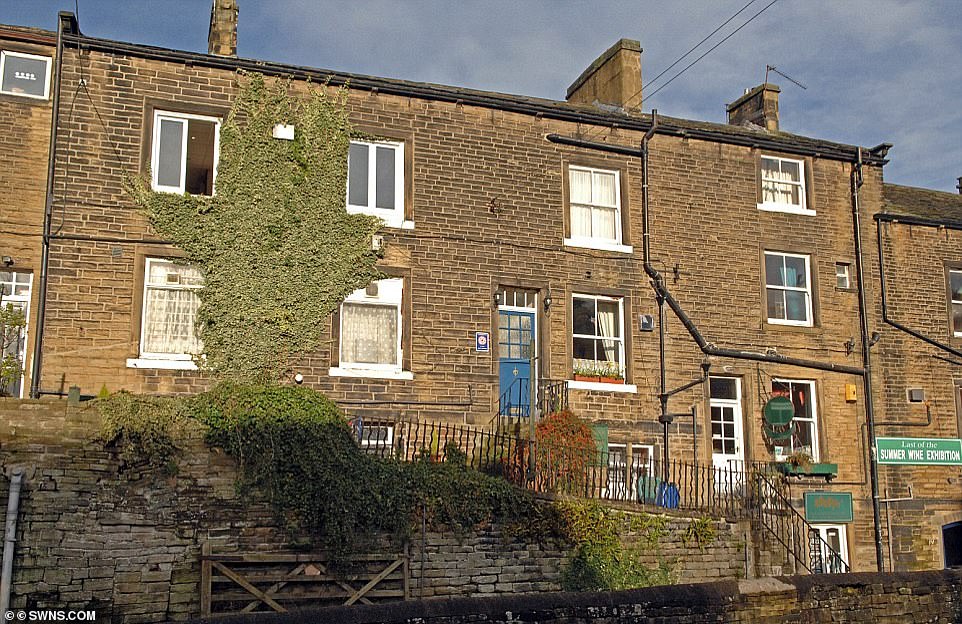 The real-life filming location of the exterior shots of Nora’s house in Holmfirth, Huddersfield 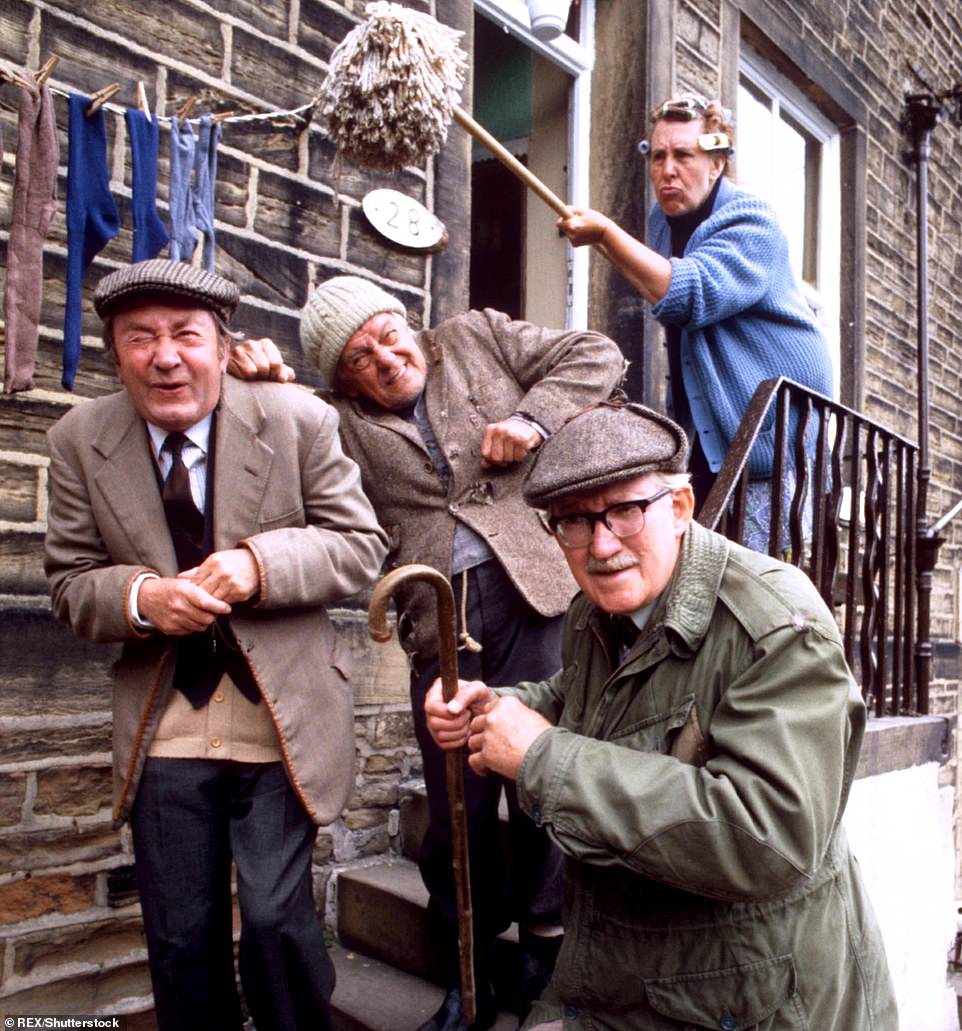 This long-running sitcom, written by Roy Clarke, was originally broadcast on the BBC from 1970 to 2010.

And it was set and filmed in Holmfirth, a small town near Huddersfield, West Yorkshire.

Fans of the show can explore the different filming locations across the town here. 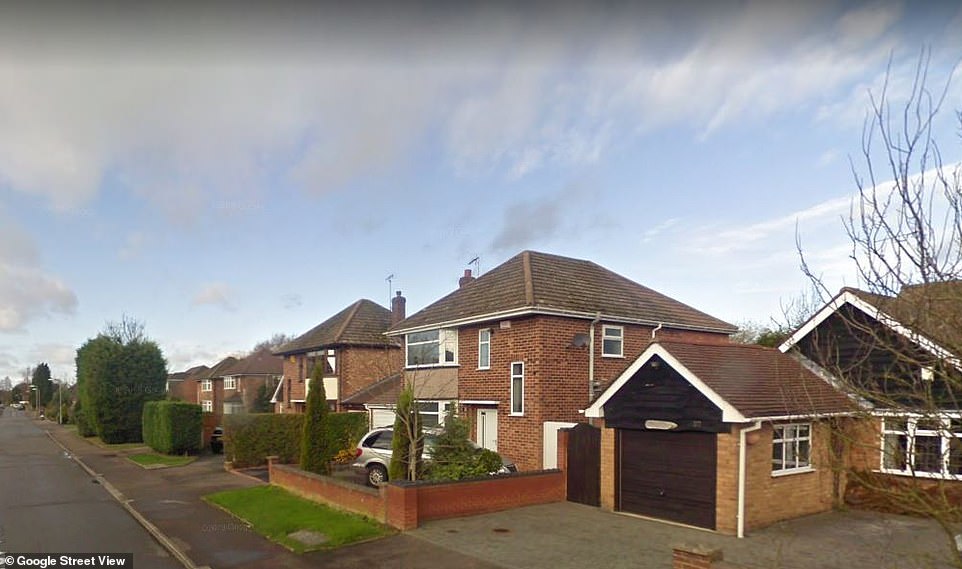 The exterior shots of Hyacinth’s house in Keeping Up Appearances were filmed in this street in Binley Wood, Coventry 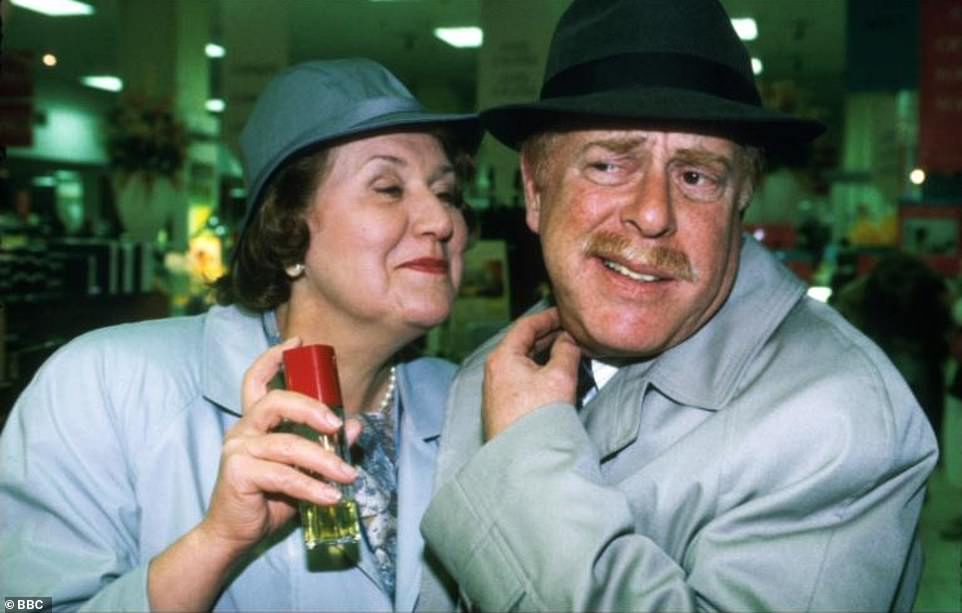 Another sitcom by Roy Clarke, Keeping Up Appearances, earns a place on the map.

The British classic featured Hyacinth Bucket (Patricia Routledge) as a middle-class social climber and was filmed in Warwickshire and Coventry.

You can explore where some of the exterior shots for her house were filmed here.

Monarch Of The Glen – filmed in Newtonmore, Scotland 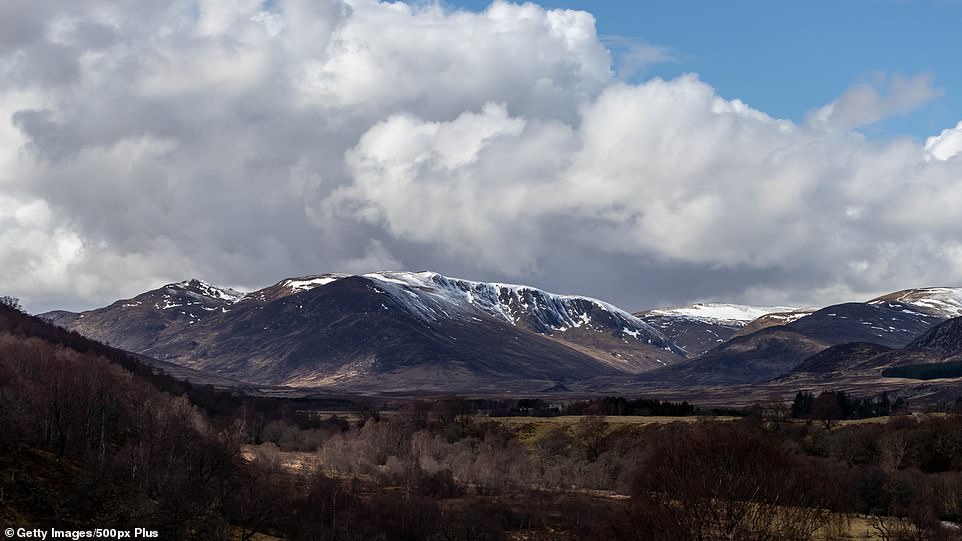 Monarch of the Glen was set in the Scottish Highlands and was filmed on location at Newtonmore, Scotland, pictured 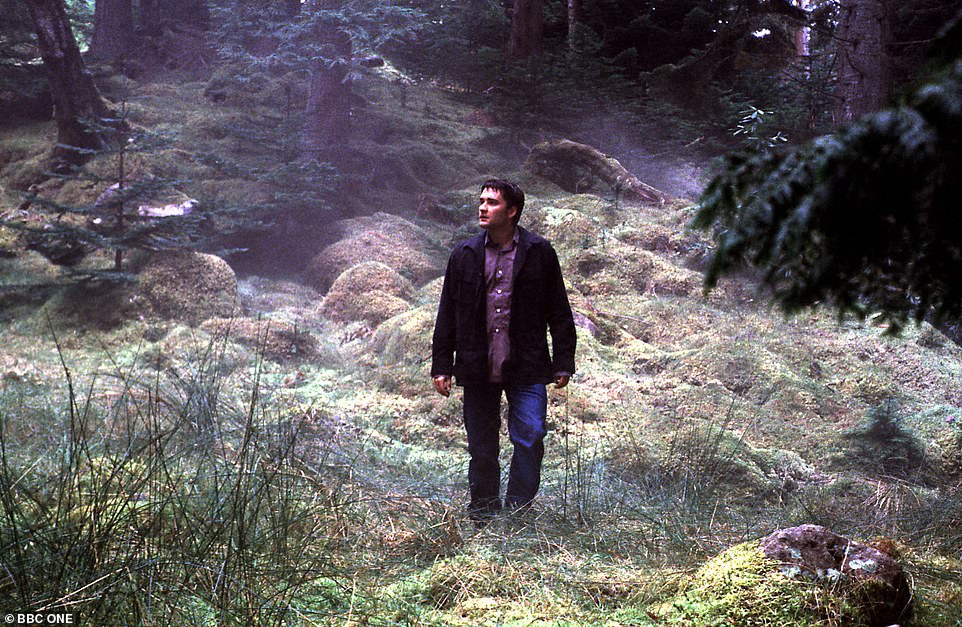 The BBC drama ran from 2000 to 2005 and pictured is the main character, restaurateur Archie MacDonald

The drama series, which ran from 2000 to 2005, was set in the Scottish Highlands and was filmed on location at Newtonmore, Scotland.

It charted the story of restaurateur Archie MacDonald, who tries to restore his childhood home in the Scottish wilderness.

You can view live webcams of Newtonmore here and feel just like you’re on the croft yourself. 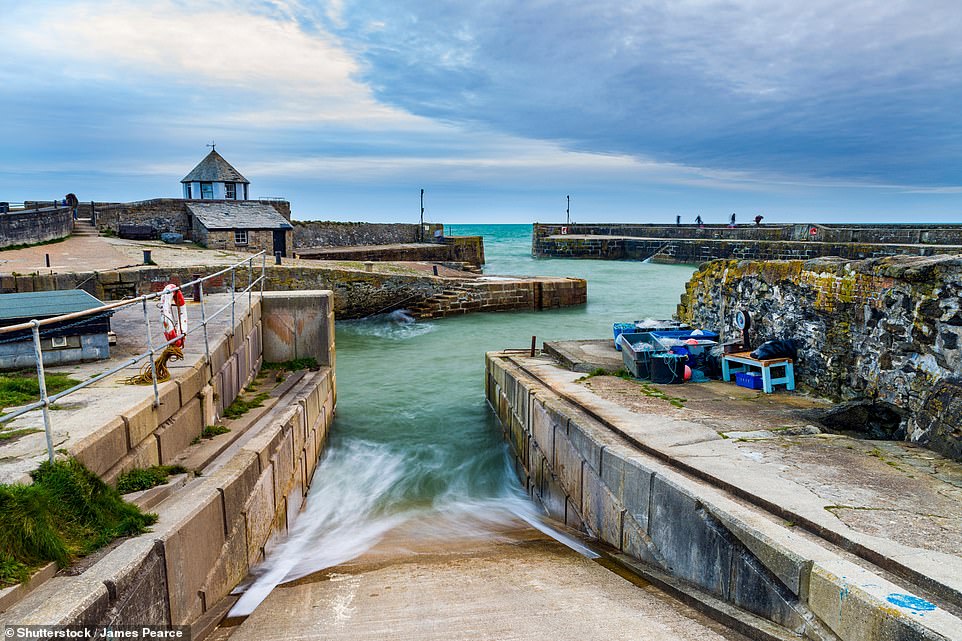 One of the eye-catching locations the Poldark team used for filming in Cornwall was Charlestown Harbour, pictured 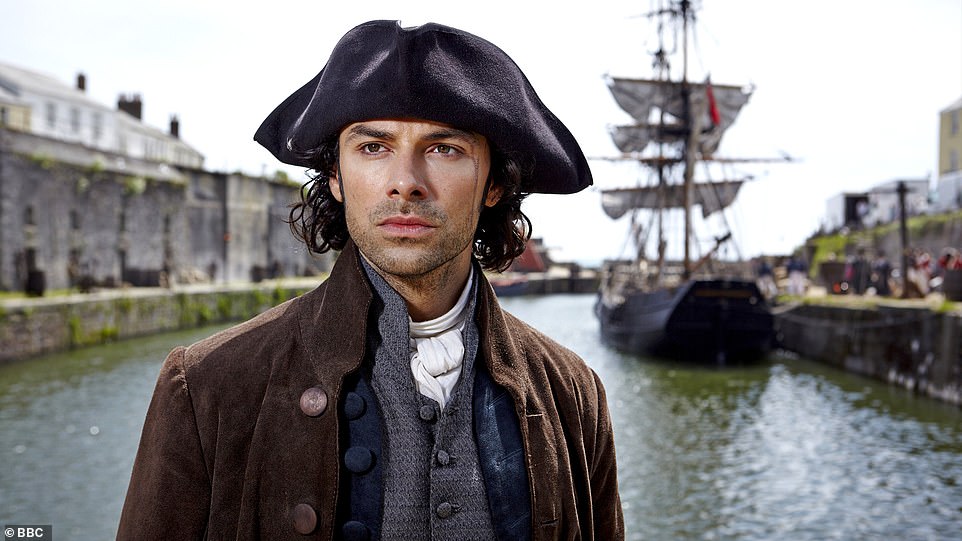 Poldark was filmed across Cornwall, with Charlestown standing in for Cornwall’s city of Truro in the series

The Poldark team used many locations across the great landscape of Cornwall to film the series.

However, one of the main locations was Charlestown, near St Austell, famed for its collection of ships and traditional looks. It stood in for Cornwall’s city of Truro in the series.

You can visit Charlestown via a live webcam here. 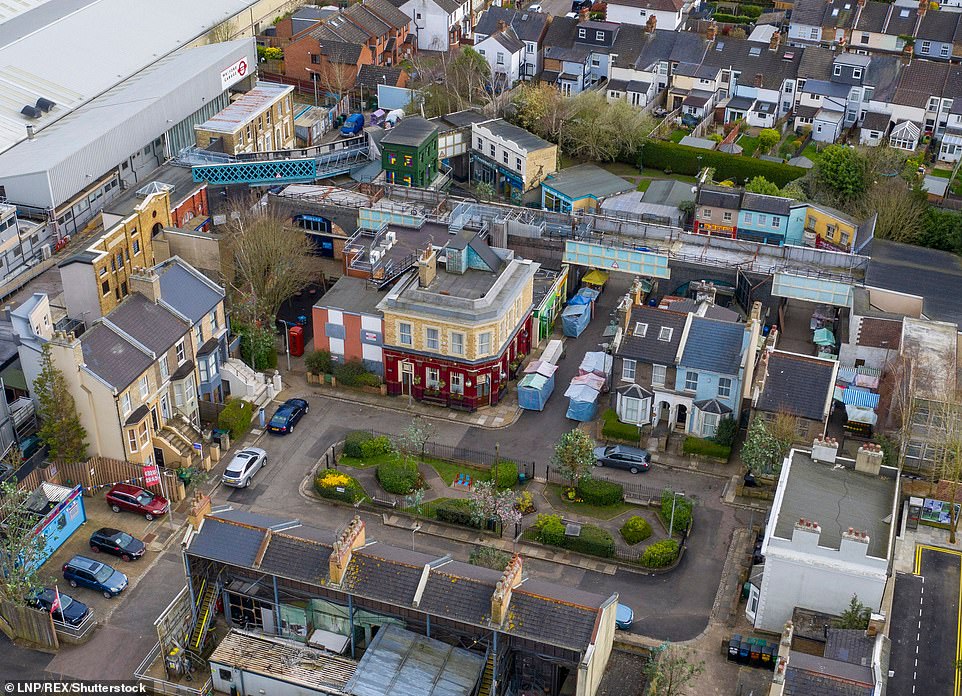 The Eastenders set in Elstree Studios in Hertfordshire, where the long-running soap is filmed 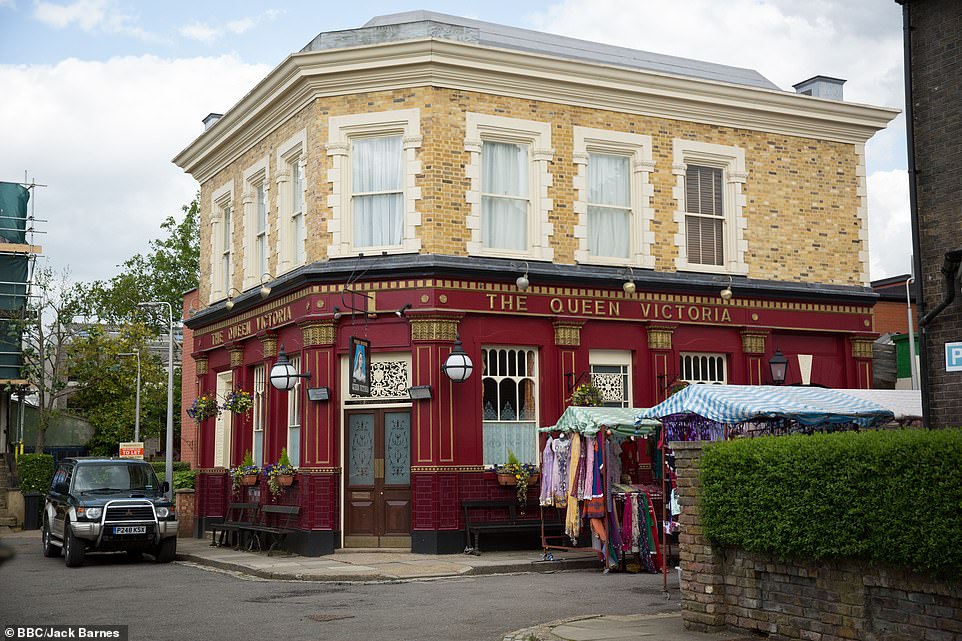 Eastenders is set in the fictional London borough of Walford with the pub, the Queen Vic, pictured, at the heart of the show

The long-running soap is set in the fictional London borough of Walford.

But the show is actually filmed on a sound stage at Elstree Studios in Borehamwood, Hertfordshire, and currently, a brand new, bigger set is under construction.

You can take a nosy around the set on Google Maps here and also visit the set via a virtual guided tour on YouTube. 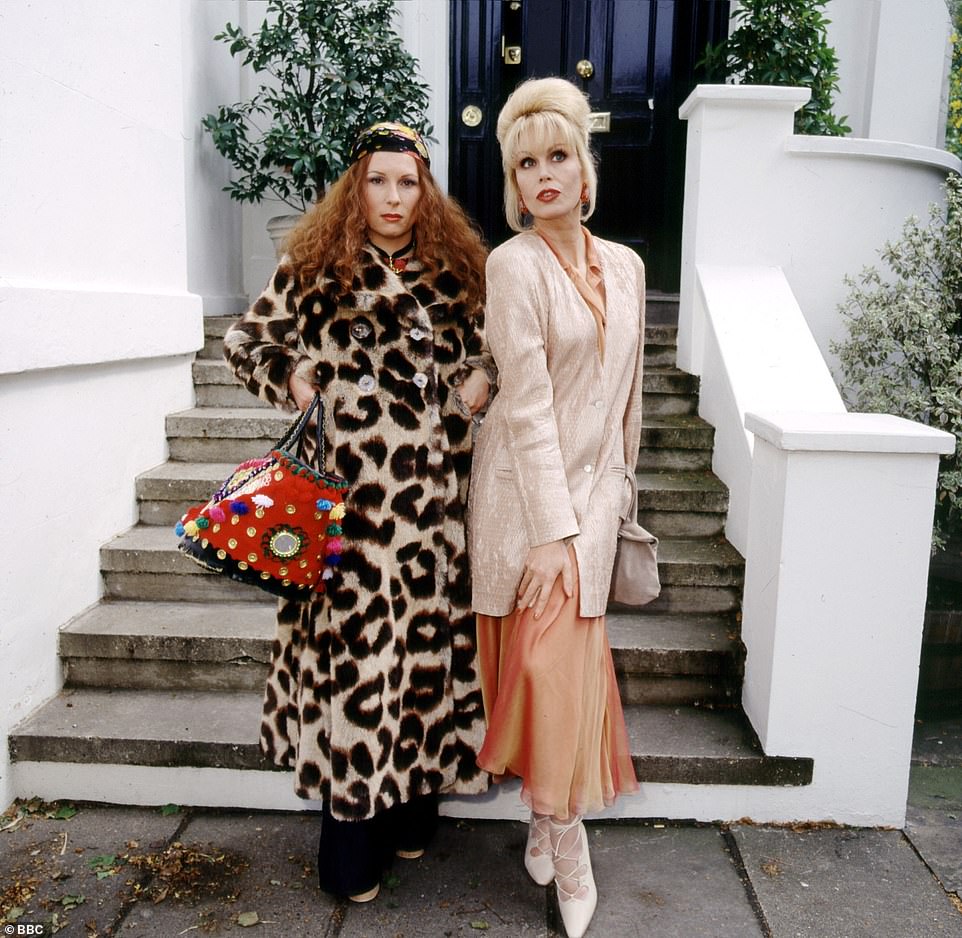 Exterior shots for the programme were also filmed in the same area. These were different locations to the ones used in the film, which were in Hampstead.

You can explore the Ab Fab house here on Google Maps.

As Times Goes By – filmed in Holland Park 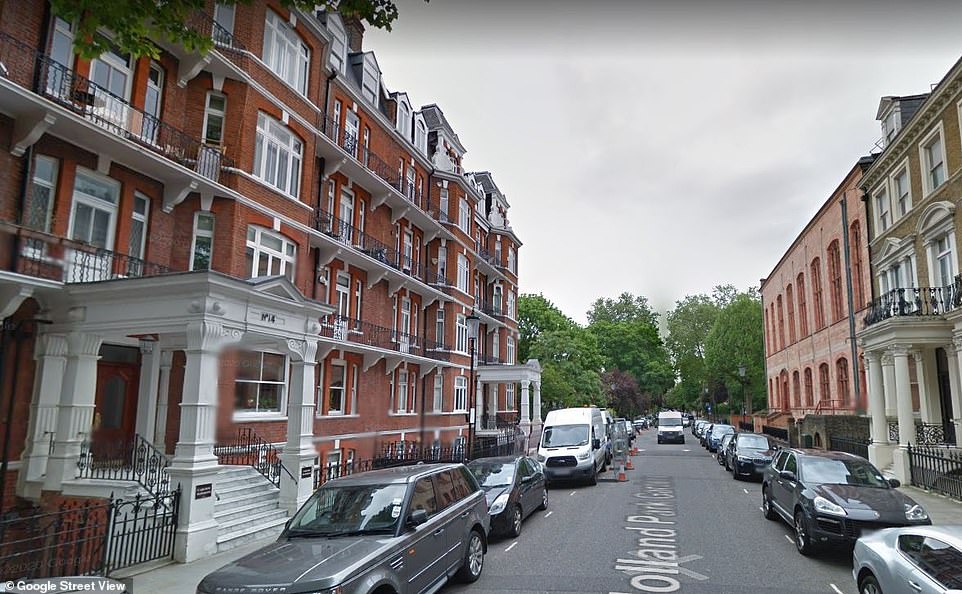 Romantic comedy As Time Goes By was filmed in and around Holland Park, London. Pictured is the street used for the exterior of Lionel’s flat 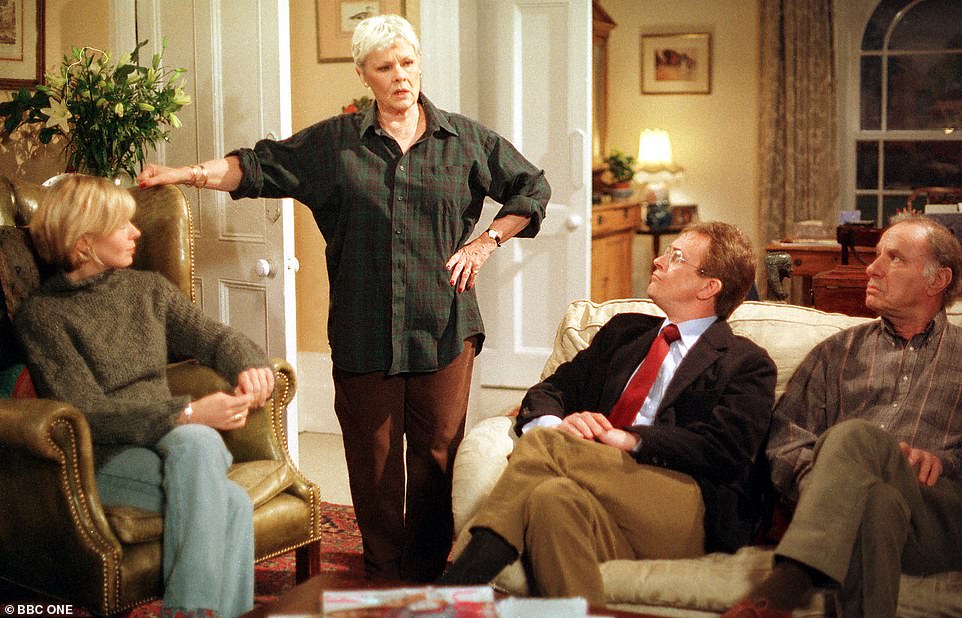 As Time Goes By, featuring Judi Dench and Geoffrey Palmer, ran on the BBC from 1992 to 2005

The romantic sitcom, which aired from 1992 to 2005, was also filmed and set in and around London.

Most of the exterior shots were filmed in Holland Park, London.

You can explore the exterior location used for Lionel’s flat here. 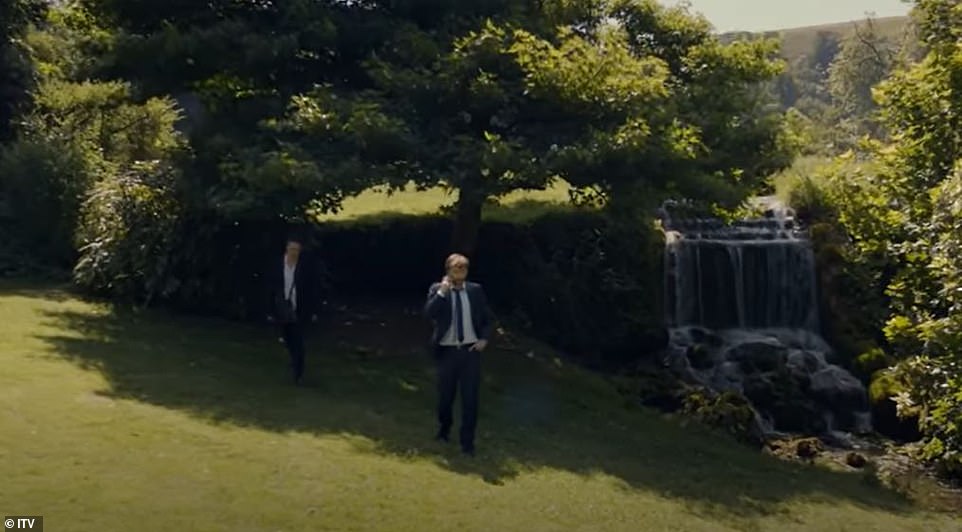 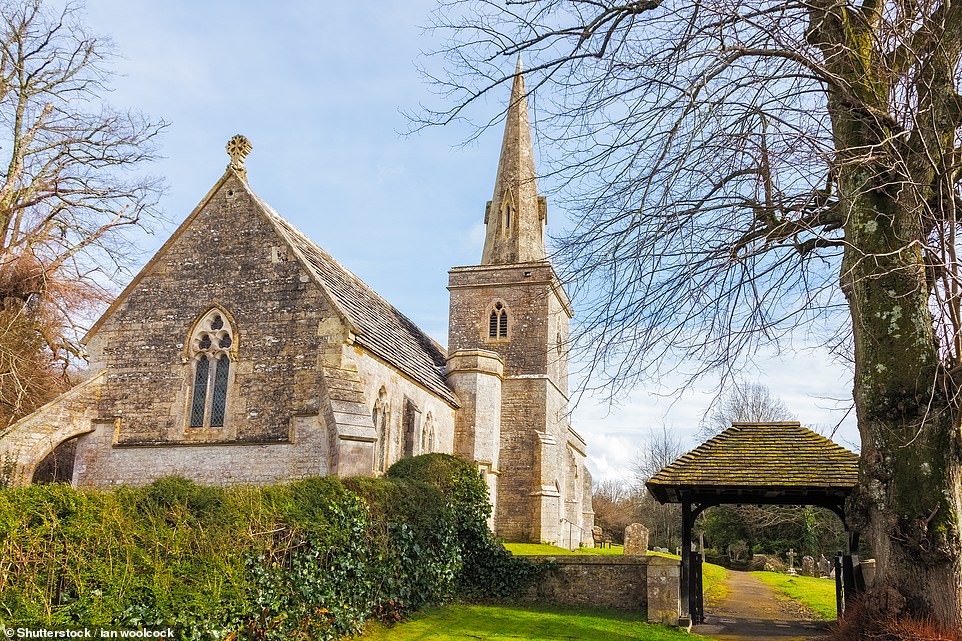 Parts of Broadchurch were filmed in Dorset, in the pretty village of Littlebredy (its church is pictured above)

The series, starring David Tennant and Olivia Coleman, was set in the fictional town of Broadchurch, Dorset.

And parts were filmed in Dorset, around the small village of Littlebredy.

You can view the main filming locations, including the real Axehampton House, from series three via Google Maps here.

Birds of a Feather – filmed in Buckinghamshire 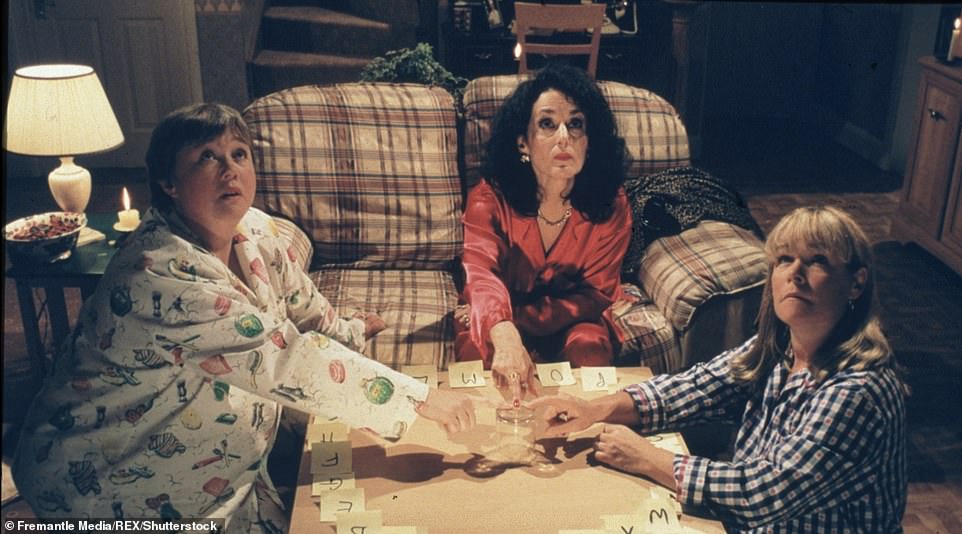 Birds of a Feather, a sitcom about the lives of two sisters, Sharon and Tracey. It starred Lesley Joseph (middle), Linda Robson (right) and Pauline Quirke (left)

Birds of a Feather, a sitcom about the lives of two sisters, Sharon and Tracey, first ran from 1989 to 1998 and was set in Chigwell, Essex.

However, exterior shots for the lead characters’ home, ‘Dalentrace’, were filmed on location in Gerrards Cross, Buckinghamshire.

You can explore the town used on the show on Google Maps here.

Although Casualty is set in the fictional county of Wyvern, it was actually filmed in Bristol for over 25 years before Cardiff replaced it as a location in 2009.

Exterior shots of the hospital were filmed at The Ashley Down Centre, in Bristol.

You can explore the exterior locations used in Casualty here.