The 31-year-old former stylist isn’t settling for anything less in 2020. Humbly, of course. Since 2014, the Los Angeles native has been working to become a household name on the basis of her work, not her relationships, and to etch her name in the books as a Hollywood sweetheart. She had taken a few small roles on webseries and in movies and TV shows. As with any career pivot, you have to start somewhere.

Tran’s first acting role involved a single line in a Chris Stokes-produced horror flick called “The Fright Night Files.” She appeared in a few feature films and straight-to-streaming service shows, including “The Dead Diaries,” “3-Headed Shark Attack,” and “Only for One Night.” She also appeared in the webseries “The Bay” and “Vanity” and in an episode of VH1’s “Single Ladies.”

Now audiences can catch Tran on network television with her roles as Virginia on TNT’s “Claws,” and most recently, in her recurring guest role as Genevieve on Fox’s “Deputy.” Tran’s name has gone from being randomly shouted in songs by her ex to being listed in the credits of prime-time television shows.

It’s been a rocky road to get there, however.

Most of the world was introduced to Tran through her relationship with R&B singer Chris Brown. The two got together in 2011 after meeting on one of Tran’s styling jobs. For roughly four years, the drama in their on-again, off-again relationship made their love story read more like a messy saga. In the midst of their partnership, Brown admitted to having an affair with Rihanna, whom he pleaded guilty of assaulting on the night of the 2009 Grammy Awards. He publicly claimed to be in love with both women. After parting ways and then making up, Tran and Brown broke up for good in 2015 shortly after Brown had a child with Nia Guzman Amey.

The end of the couple’s relationship felt like an ongoing social media war, not only between Tran and Brown but also their respective fanbases. Citing constant harassment, Tran eventually filed a restraining order. 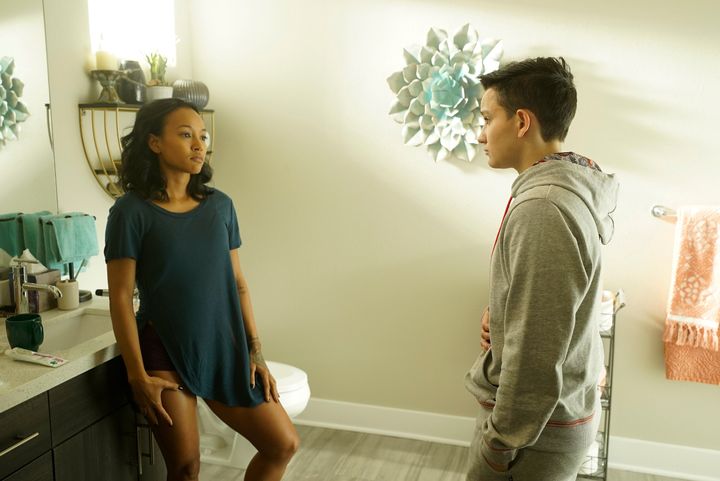 “I wanted to be taken seriously. I had hit a point in my life where I was like, ‘All right, let’s get it together,’” she told HuffPost. “And I had, with social media and with my previous circumstances, I had a little bit of a following. So I kind of just was like, well, what can I do? What can I do with what I have on my plate now?”

Yet she also faced a heap of baggage that came with navigating her 20s in the limelight.

“I was just a different person back then, and I wasn’t presenting myself in the best way to the world, so there were a lot of perceptions about me, and I had to fight,” she said.

The best way to overcome that, she told herself, was to work hard and let the rest come naturally.

Reality TV was off the table for Tran. (“No shade to anybody who does reality TV, but I didn’t see it for me.”) She turned to acting after her manager suggested it. Tran said she was “nervous as hell” at first, but grew to love it.

Of course, social media critics had something to say — as they did with her relationship, her break-up and the various hosting gigs she’s had.

And though Tran landed guest spots on a few series, she faced barriers trying to convince casting directors that she was more than just an ex-girlfriend or TMZ headline.

“I worked hard, and there was a point where I almost wanted to give up because I wasn’t really booking anything,” she said. “It took a lot of time in an industry where people were kind of not seeing me for what they saw in the media.”

When quitting became a real option, actor Clifton Powell, who co-starred with Tran in “A Weekend with the Family,” gave the budding actor some advice that she held onto and that kept her on track.

“He told me always stay on top of your game, always stay in your acting classes,” she said. “And that’s something that stuck with me, and that’s going to stick with me forever because it’s like an athlete that goes to the gym, you know what I mean? Once you’re signed to a team, you don’t stop working out, you work out even harder to become better.” 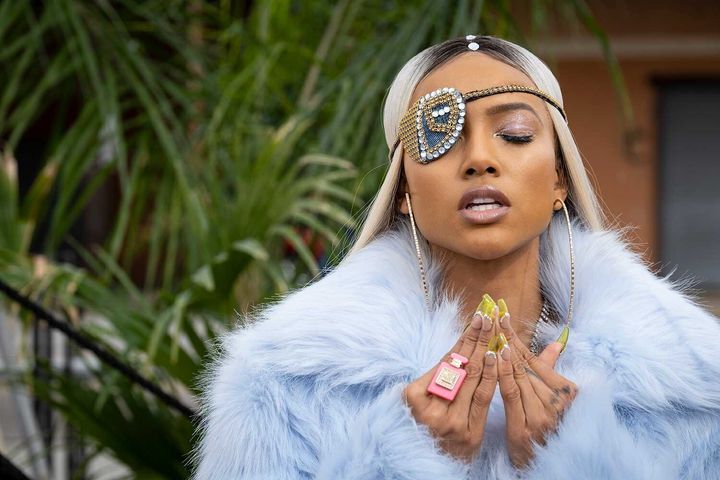 And she did. In 2017, she got her big break in “Claws” as a carefree, risk-taking stripper-turned-nail tech. “Claws” marked a turning point in Tran’s career, and she started to be taken seriously as an actor. In her guest-starring role in “Deputy” as the sweet, spunky girlfriend of a non-binary cop, Tran shows promise in her brief moments onscreen. She said she’s excited to expand and try out different characters.

The season finale of “Deputy” airs in late March, and she’ll finish filming for the final season of “Claws” in June. Afterward, Tran’s plan is to move to New York City for about a month to “take some really hardcore action classes and just hone in and just again sharpen that pencil for whatever it is to come next.” Her dream role is to star as a superhero.

It’s still an uphill battle, but Tran knows where to put her energy. With six years of acting under her belt, she has much more room for growth. But she’s letting her work speak for itself instead of responding to internet trolls. It’s saved her a lot of time and sanity.

“I still have those people who kind of see me as the old Karrueche. But again, I can’t fight all my battles,” she said. “And as much as sometimes I look back and I’m kind of ashamed of it, it’s like, this is my journey and my story. This is what was meant for me to get to this point.”

“And I guess there really wasn’t just any other way because I am content with who I am and where I was inside,” she added. “I do want to continue to grow, thrive, and it’ll all continue to gradually happen in due time. But everything was meant to be the way it is.”