FLYBE passengers and staff are being offered free and discounted fares to help them get home after the struggling airline collapsed today.

Carriers including easyJet and British Airways are lending their support after Flybe confirmed it had ceased trading with immediate effect. 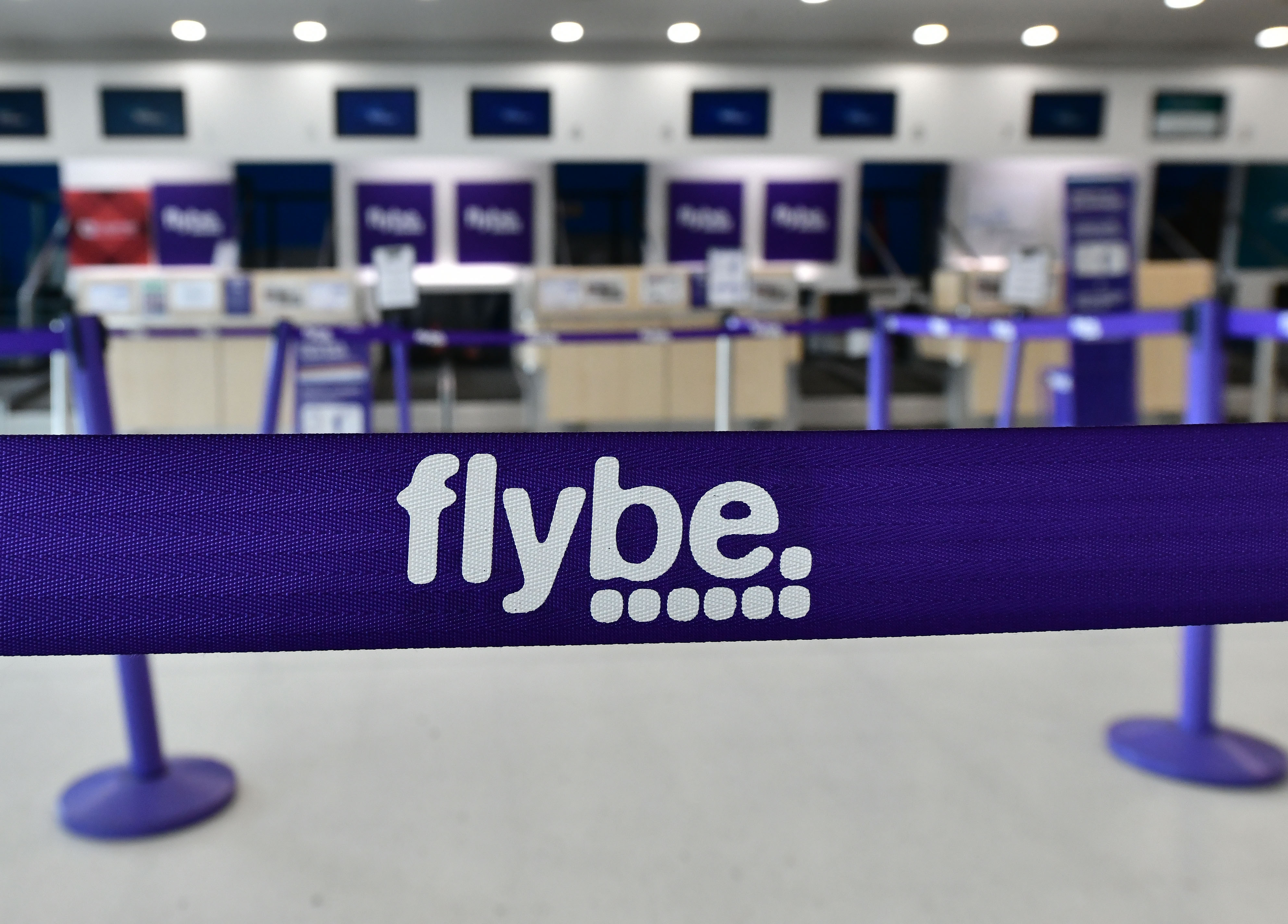 The downfall of Flybe came after crisis talks to thrash out a rescue deal worth £100million collapsed on Wednesday without a result.

The airline had been losing cash and almost went under in January this year following a slowdown in sales.

This has been partly caused by a knock-on effect in bookings from the spread of coronavirus, sources told news agency PA Media.

As a result, thousands of passengers have either been left stranded or unsure if their travel plans will be going ahead. 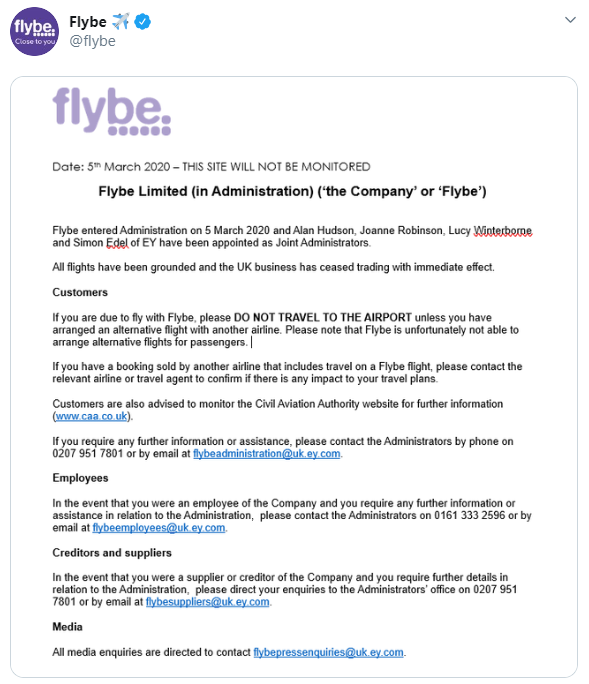 The collapse also means 2,000 staff jobs have been put at risk, while administrator EY has taken charge of the business.

To help customers and employees, travel firms around the UK have announced reduced and discounted fares.

British Airways has launched discounted one-way fares of £50 plus taxes, fees and charges to 16 European cities.

These places include Amsterdam, Edinburgh, Geneva and Paris.

Customers will need to contact BA customer services on 0344 493 0787 and quote their Flybe booking reference to get the cheap fare.

Flybe staff members will need to provide their airline ID. More details can be found on the BA website.

We've asked the airline how long the offer is running for and we'll update this article when we know more.

EasyJet is also reducing its fares and says it's selling £65 seats including a 15kg bag for customers until tomorrow, March 6.

For staff, it's offering free flights back to the UK when they present their work ID.

We've asked easyJet which destination this deal covers, and if it includes a single or return fare.

Affected customers and staff should call the airline on 0330 365 5030 to discuss a booking.

Channel Islands airline Blue Islands is adding additional services from Jersey and Guernsey to Exeter and Birmingham, but it doesn't say if they'll be cheaper than usual.

Meanwhile, Rail Delivery Group has confirmed all train operators in Britain will provide free fares to Flybe staff and customers unable to travel over the next week.

Again, they'll need to show proof of employment or their boarding card or flight confirmation to station staff.

It's also been announced that Loganair will take on 16 former Flybe routes, covering nearly 400 flights each week.

The routes, from Loganair base airports at Aberdeen, Glasgow, Edinburgh, Inverness and Newcastle, will be launched in the next four months, starting from Monday.

The airline has also opened a recruitment call for former Flybe employees with over 100 positions being made available, including pilots and cabin crew.

Chief executive Jonathan Hinkles said: "The plan represents the outcome of several weeks of behind-the-scenes contingency planning work, during which we’ve evaluated many routes and aircraft."

We've rounded up everything you need to know about getting your money back after Flybe's collapse.

Although over half of travel policies won’t protect holidaymakers from airline failure.

Who owns Flybe and why did it go into administration?