If you thought the U.S. Women's Soccer Team was going to stay quiet about recent outrageous comments by U.S. Soccer regarding their equal pay lawsuit, you don't know this USWNT.

In case you missed it, earlier this week court filings revealed some of the arguments U.S. Soccer (the team's employer) is making as part of their argument that female players do not deserve the same pay as the men. (The USWNT sued the organization for gender discrimination in March 2019.) Among the U.S. Soccer claims are "biological differences" that they say prove the men's team “requires a higher level of skill" and that “the job of a [men’s national team player] carries more responsibility within U.S. Soccer than the job of a [women’s national team] player.”

Megan Rapinoe and the rest of the women's team had something to say about that. On March 11, the team was playing (ironically enough) for the She Believes Cup championship and chose to wear their warm-up shirts inside out during the National Anthem, hiding the U.S. Soccer crest in protest. “We just wanted to do something as team to show solidarity not only with ourselves but with all the little girls that those words were spoken to and the little boys and women out there as well who have been told that they are lesser than, just because of who they are,” Rapinoe said in The Guardian.

The USWNT took the field with their warm up jerseys inside out, hiding the US Soccer crest. This is in response to the latest legal filings by the US Soccer Federation in the gender discrimination lawsuit filed by 28 US players. (via @espnw)

What was still showing, however, were the four stars representing the four World Cup titles the team has won. "We always feel like the most important and the most powerful thing is to play," Rapinoe continued. "What we do on the field I think is the most powerful and inspirational, so it actually turned out that the only thing that was truly visible was our accomplishments, the stars on top, so that was a little unintended bonus. But we just wanted to show that that kind of rhetoric is obviously completely unacceptable. I know that we’re in a contentious fight but that crossed a line completely.”

Many fans on Twitter expressed their support for the women's team.

Rapinoe talked about the damage caused by the information learned in the court filings. “It’s undertones and undercurrents, sometimes blatantly, that we’ve experienced before which is why we’ve filed the gender discrimination lawsuit," she told The Guardian. "But for them to go that low and take it there in this lawsuit is not just disappointing for us, but more so for what it says to every other person in the country, every kid growing up, not only girls but the boys as well. You’re not lesser because you’re a girl and you’re not better because you’re a boy.” 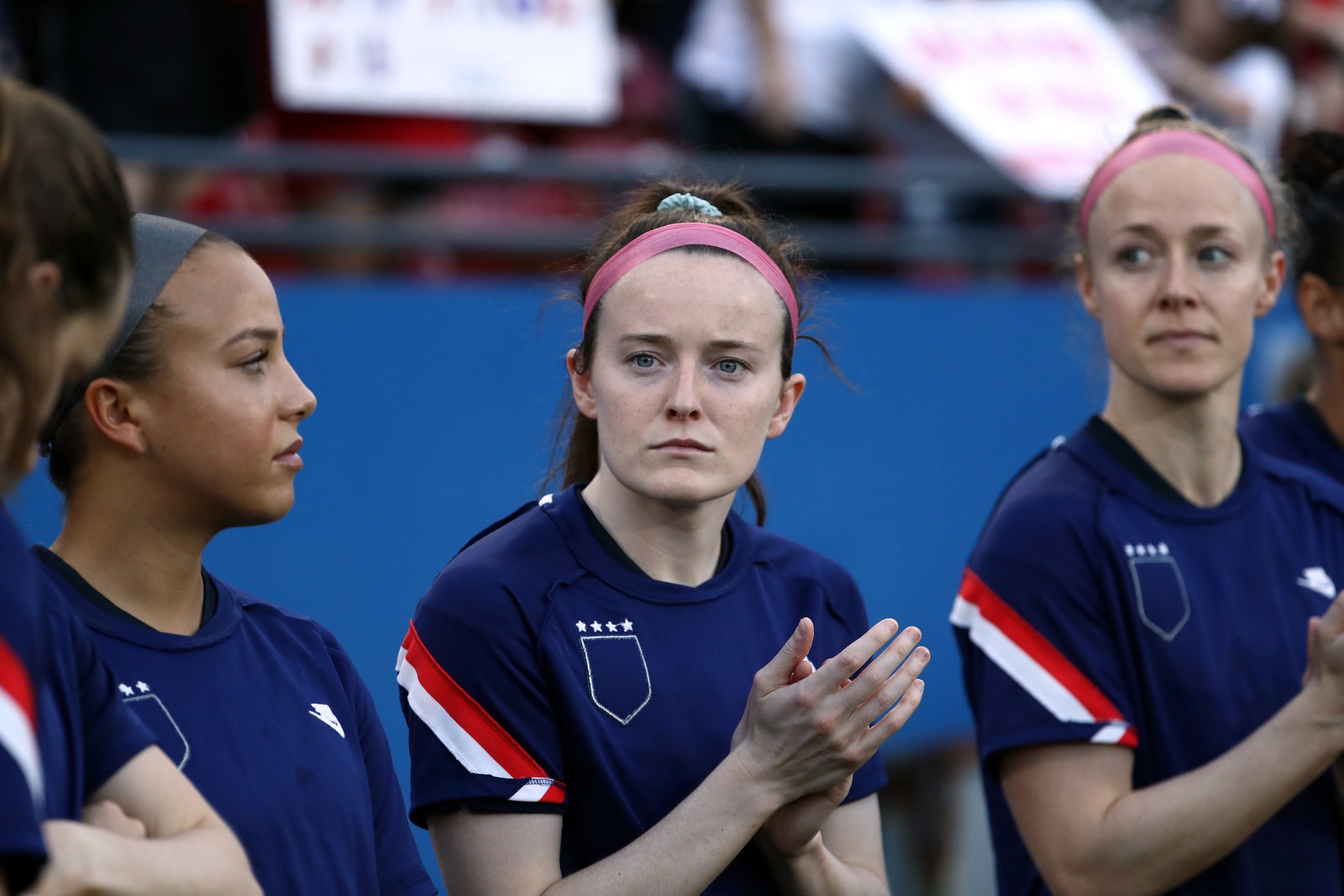 Apparently, U.S. Soccer took notice because as the She Believes Cup was ending, the organization's president Carlos Cordeiro issued an apology. "On behalf of U.S. Soccer, I sincerely apologize for the offense and pain caused by language in this week's court filing, which did not reflect the values of our Federation or our tremendous admiration of our Women's National Team," he said in a statement, per ESPN. "Our WNT players are incredibly talented and work tirelessly, as they have demonstrated time and again from their Olympic Gold medals to their World Cup titles."

Cordeiro also said they are adding new legal counsel to their team. "I have made it clear to our legal team that even as we debate facts and figures in the course of this case," he continued, "We must do so with the utmost respect not only for our Women's National Team players but for all female athletes around the world. As we do, we will continue to work to resolve this suit in the best interest of everyone involved."

Well, we suppose that's a start.