AJ STYLES has challenged The Undertaker to a Boneyard Match at WrestleMania 36.

The Phenomenal One  continued his verbal assault on the Dead Man on the latest episode of Monday Night Raw. 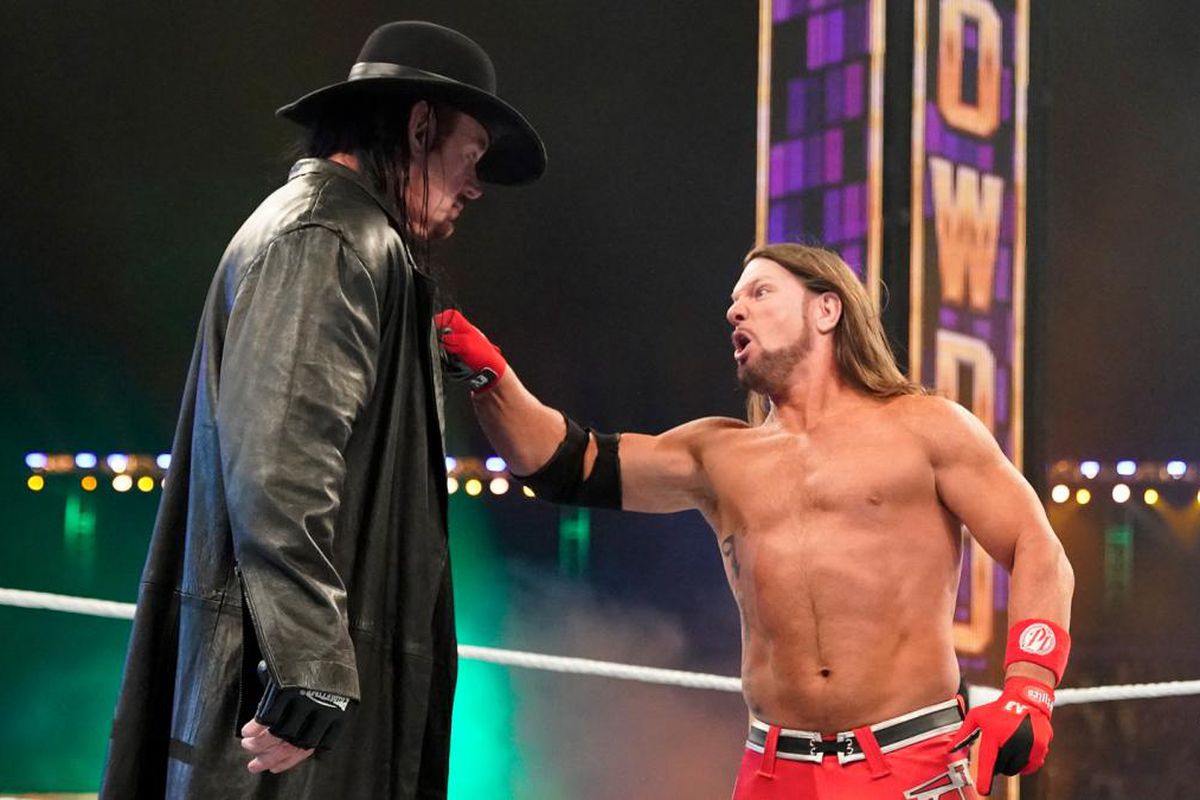 He mocked the veteran Phenom for being controlled by his real-life wife, ex-WWE star Michelle McCool, as he aired a social media post from the pair in a pool with tigers.

Styles, who was first attacked by ‘Taker at last month’s Super ShowDown before suffering at the hands of him again at Elimination Chamber, claims McCool has taken her husband’s mystique and soul.

And he stated the WWE legend had never been the same since his WrestleMania streak was ended by Brock Lesnar.

It was another cut-throat promo from Styles, who demanded that he wants the Dead Man at this year’s Showcase of the Immortals and not Mark Calaway, Undertaker’s real life name.

And that is where he proposed the Boneyard Match as he promised to bury ‘Taker in a perfect plot that was chosen by McCool when she buried his career.

That hinted the clash will be similar to Undertaker’s legendary Buried Alive matches from the late 90s – but still no-one seems entirely sure exactly what it will be.

And some fans were furious it would not just be a straight up clash between the two icons:

This year’s edition of The Showcase of the Immortals will be the first time ever the event will span across multiple days.

The annual extravaganza was due to take place at the Raymond James Stadium in Tampa Bay on April 5 until the coronavirus outbreak forced it off.

This week the historic announcement was made that WrestleMania 36 will now be hosted by NFL legend Rob Gronkowski over two nights in various closed set locations over Saturday 4 and Sunday 5 of April.