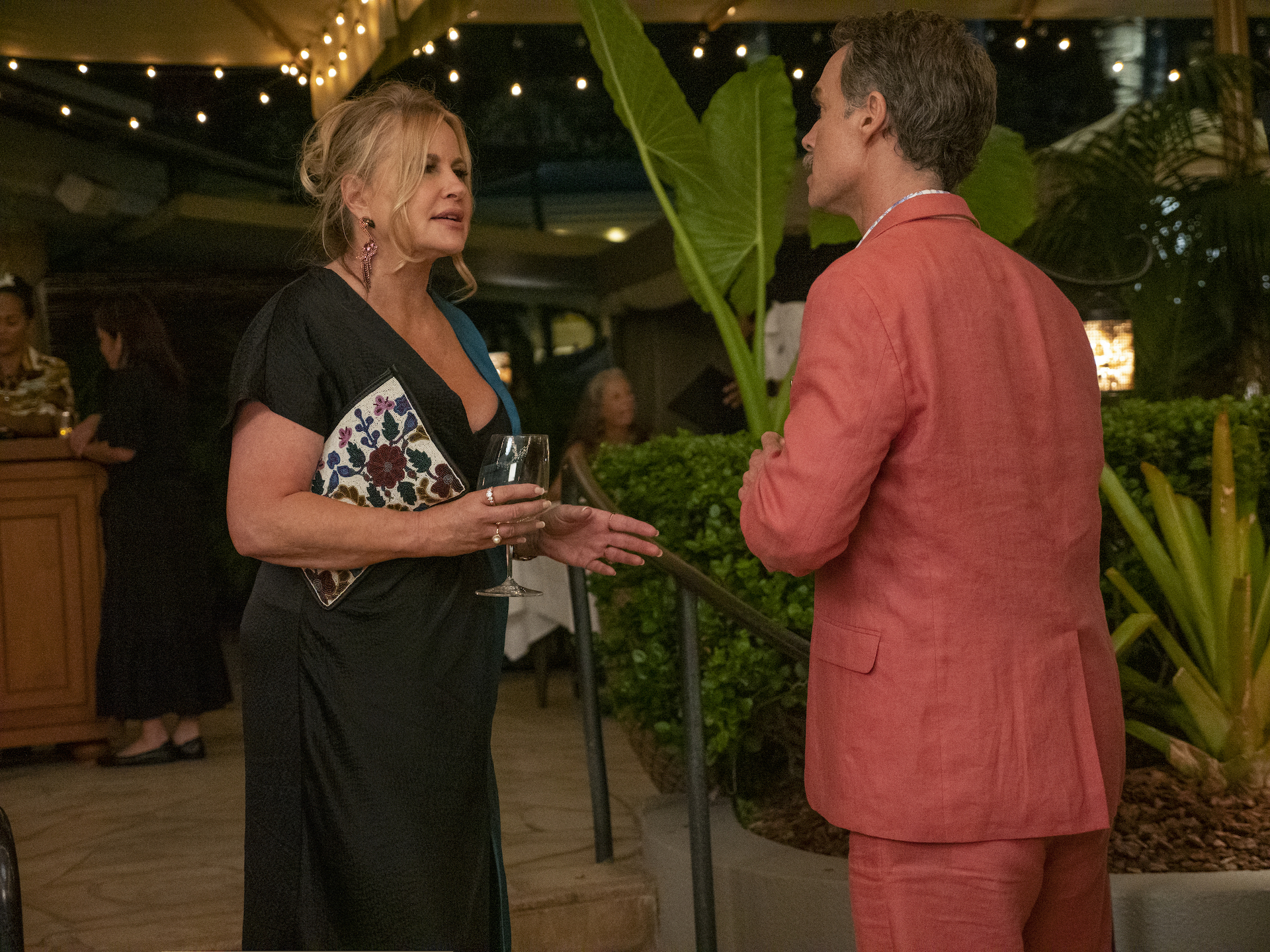 It’s safe to say there was a lot of laughter on set of The White Lotus. Jennifer Coolidge, Jake Lacy, Alexandra Daddario, Steve Zahn, Connie Britton and more make up the cast of writer Mike White’s latest satirical miniseries — and were quick to agree on the funniest person of the group.

“Mike had written this wonderful material for Jennifer and they’ve worked together and he knows her incredible talent. And so it was like, ‘Hey, this is what I’ve written, and then also do your thing.’ I’m sure there’s multiple takes where I’m like looking at her and then have to, like, drift my eyes out to the horizon to not ruin the take,” Lacy, 36, said. “She’s unbelievable. And is wickedly smart, observant and thoughtful as a person.”

Daddario, 35, agreed, referring to the Legally Blonde star, 59, as “one of the funniest people on the planet.”

“She also has such a kind heart and makes me laugh hysterically,” the American Horror Story alum said. “She made me laugh the most, but the whole cast were all wonderful people with great sense of humor because we were all trapped together in this hotel. We all tried to make each other laugh every day because we were away from our families and couldn’t even go out and do anything. So we became like a little family trying to support each other.”

Sydney Sweeney added that she “could not stop laughing” anytime Coolidge was shooting — whether she was in the scene wit her or simply admiring from afar. “Everything that came out of her mouth was just comedy gold,” the Euphoria star, 23, said. 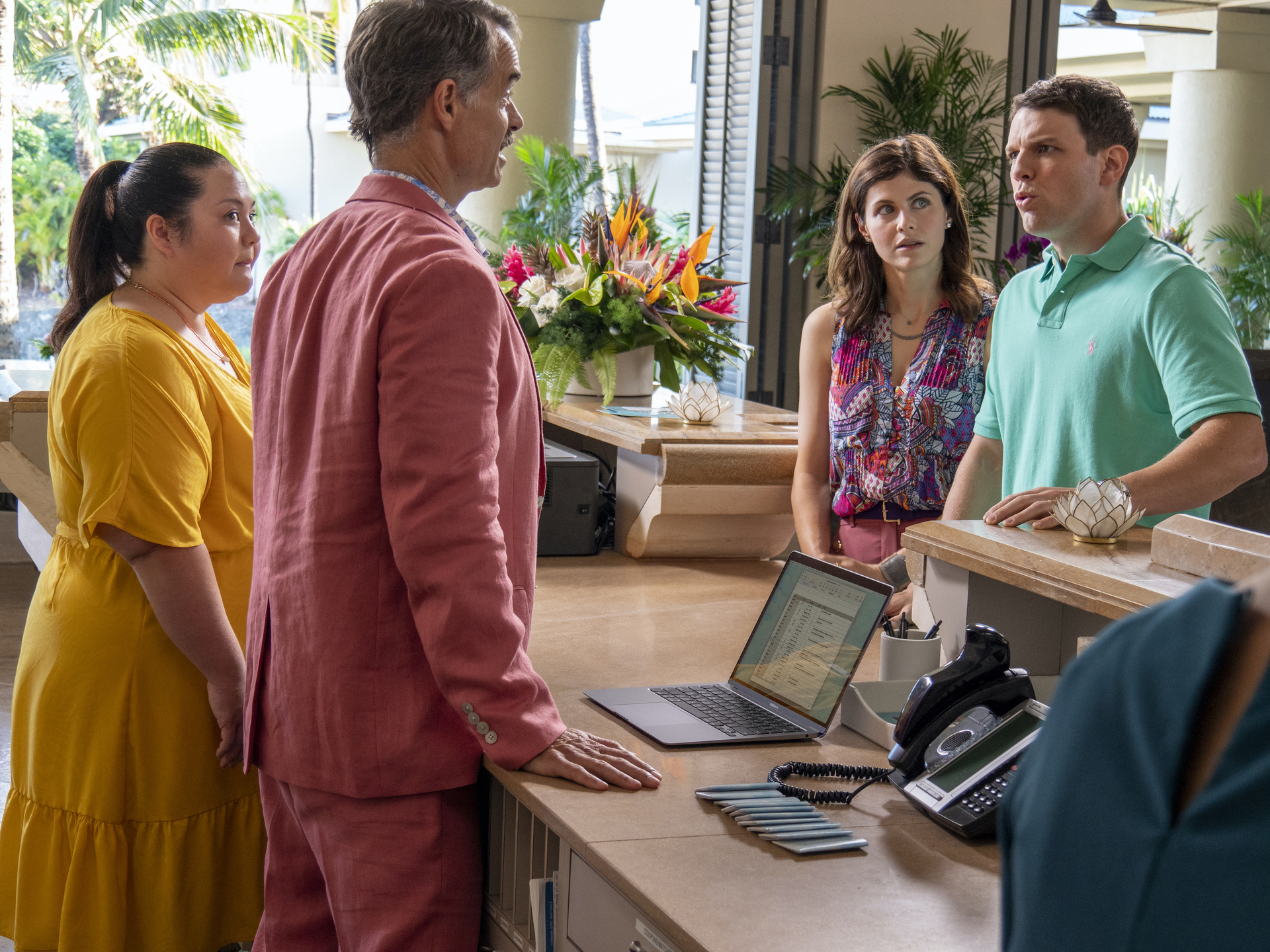 For the Promising Young Woman actress, all of the cast’s reactions come as a surprise.

“You want to take that compliment and go, ‘I was really funny on that job.’ I want that to be my answer, but I really don’t think that’s what it was. I think a lot of my actors just can’t believe that I’m alive and how I get through life,” Coolidge told Us with a laugh. “People give you credit sometimes when they think you’ve made these acting choices when sometimes you’re personally just trying to get through the moment.”

In the series, the American Pie actor portrays Tanya McQuoid, a woman visiting the Hawaii resort after her mother’s death and searching for some sort of purpose — and, well, a really good massage.

“I’ve known Mike for 14 years. He knows a lot about me and thought I should play someone like this. I’m sort of a hopeless romantic and oblivious aspects of Tanya — the self-hating and all of that,” she told Us. “I think Mike just wanted these very versatile, yet incredibly debilitating aspects to a person where they’re sort of just paralyzed by all their anxiety. She’s controlled by her anxiety and just fear and self-hate, and without very good coping skills. The money buffers her from getting to the core of it earlier than this.” 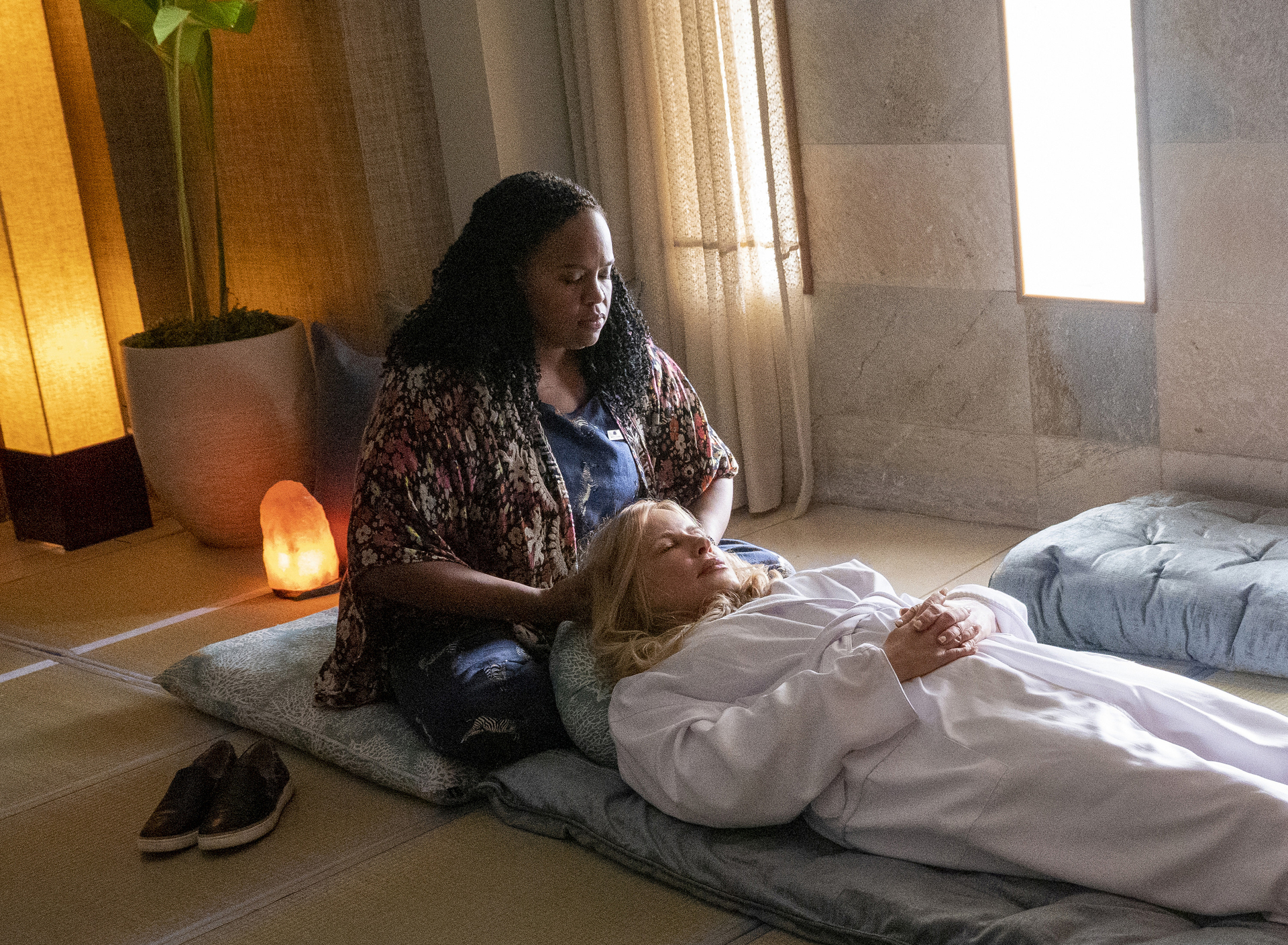 The comedian described Tanya as an “incredibly lonely person,” noting that her privilege to blame.

“It comes from the burden of being a very wealthy person and how much money isolates you, how much of your suffering actually comes from having too much money — and how alone you feel in the world,” she explained. “She’s someone who really feels alone in the world and then, of course, thinks that a man will somehow fill the void every time. I definitely see that a lot and know about it myself.”

What wasn’t funny? Filming in the tropical setting in the middle of COVID-19.

Actors Who Turned Down Major Roles

“It was just really hot, and uncomfortable. So I think some of the people were thought that was funny, but it was just survival. I was just trying to survive on every level,” she explained. “Covid times, even in that fancy hotel, it was hard to operate. I was convinced that I was gonna get the virus. I guess what I’m saying is all my neuroses came out and then they thought that that was my choice!”

Although Lacy was entertained by those “neuroses,” he always made Coolidge laugh, too. “His deadpan look at what an ass I am, that probably made me laugh the most,” she said. “I think Jake’s disgust for me as an actor — it really made me laugh. It was someone who really had their s–t together and he was horrified by my inability to function.”