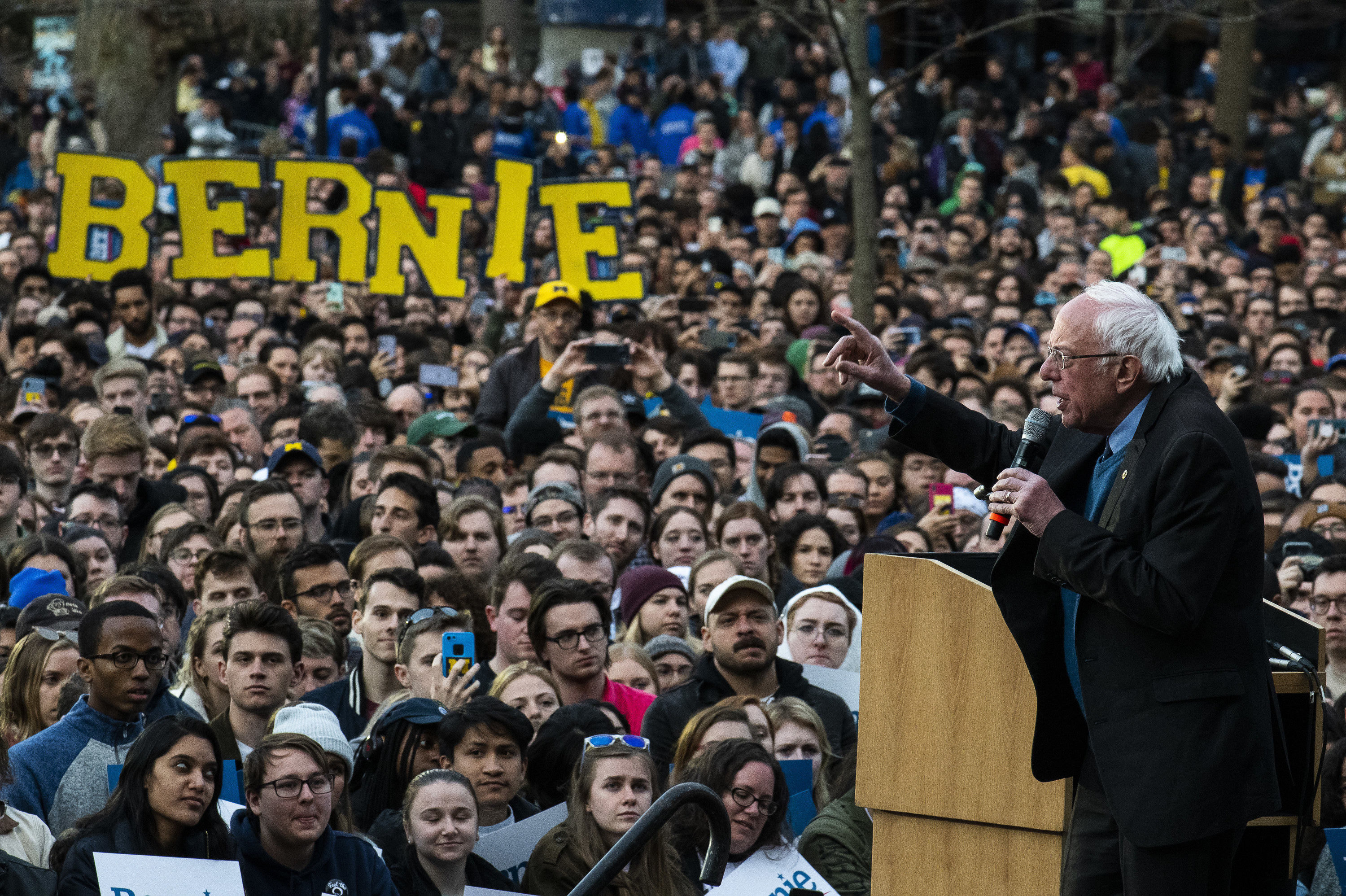 The Working Families Party, a progressive grassroots organization that endorsed Sen. Elizabeth Warren early in the Democratic primary, is now throwing its support behind Sen. Bernie Sanders after Warren dropped out of the race.

“It’s been really unfortunate to see Elizabeth Warren exit the campaign. She’s a progressive lion. We were really proud to stand along with her. But now that she’s out, there’s only one clear choice to continue to push the issues and fight for big structural change and that is Bernie Sanders,” Nelini Stamp, WFP’s director of strategy and partnerships, told BuzzFeed News. “Now that it’s a two-person race, it’s a very clear choice. We’ve always said that there were two progressive champions in the race, and we believe that both of them can beat Donald Trump. We’re going to do everything to unite progressives and unite the left to help Bernie be the nominee.”

The WFP said that it conducted its initial endorsement process through a ranked-choice voting system of its members, and while Warren won that vote, Sanders finished in a strong second position and many of the voters who’d chosen Warren had listed Sanders as their second choice. The group’s early endorsement of Warren was one of the first flash points and signs of some splintering on the left as some Sanders supporters were upset that the organization hadn’t chosen to initially endorse their candidate and demanded to see the organization’s mathematical process for calculating their endorsement.

The group’s Sanders endorsement comes as Warren supporters across the country have been calculating whether to throw their support behind former vice president Joe Biden or Sanders, and as Sanders supporters have pressured Warren to endorse Sanders herself. Other organizations that supported Warren, like the Progressive Change Campaign Committee, have encouraged their members in Michigan to strategically vote for Sanders in the primary to push progressive ideas forward but haven’t officially endorsed his campaign.

“I, as much as many people, would love and welcome Elizabeth Warren to make an endorsement, but she’s going to do things on her own time,” Stamp told BuzzFeed News. “That is not a decision for us to make for her. At the end of the day, would I love continuing to fight alongside her in this primary? Yes, and we would love that as an organization. But that is her decision to make.”

Some Warren supporters have pointed to the harassment they’ve faced online from some Sanders supporters throughout the primary as a point of apprehension for moving to support the candidate. The Working Families Party has said it’s aware of those concerns and that it’s working to ease its supporters fears and steer them toward supporting Sanders. Earlier in the week, it hosted a call for former Warren supporters to debrief about their experiences with the campaign and it’ll be holding another call with elected officials who supported Warren and who are now switching their support Sanders.

“It’s hard! I’m not going to pretend like this is going to be easy,” Stamp said about the process of convincing some Warren supporters to move to Sanders. “Most people know in their heart know that the right side, the side that is just, is the side that wants free higher education, the side that wants cancellation of student debt because that’s why they got behind Elizabeth Warren.”