A driver who wasn’t paying attention when he hit and killed a 10-year-old boy as he crossed a road in Melbourne’s eastern suburbs has been spared jail and will instead do community service.

The Supreme Court heard Zhou Lu, 49, had been driving home from work when he struck and killed Jack Power who was attempting to cross Springfield Road at Blackburn North, with his six-year-old sister and 12-year-old friend, on August 21, 2018. 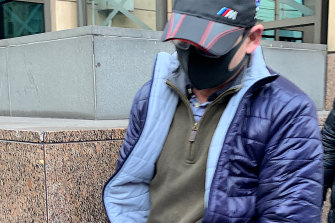 The court heard Lu was distracted while behind the wheel of a Toyota Hiace van as he approached the children, who were walking from a nearby home to some shops, about 6.30pm.

Prosecutors cannot say how long Lu was inattentive but Supreme Court Justice Amanda Fox acknowledged it was for as little as a few seconds.

The 10-year-old was taken to hospital but died the next day from head injuries.

Outside court, Jack’s mother Bonnie Power she said hoped her son’s death would be a constant reminder of how vulnerable pedestrians are. 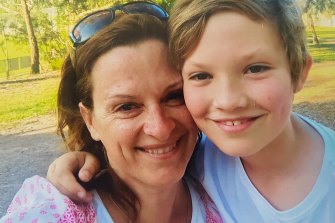 Jack Power, 10, died after being struck by a vehicle in Blackburn North.

Power, who has forgiven Lu, said she was content with his punishment.

“There are no winners in this. We must focus on remembering Jack and being grateful for every day we’ve got on this earth because you never know what can happen,” Power said.

“The whole concept of being kind and compassionate is what Jack was known for and the world would be a better place if we saw more of that. 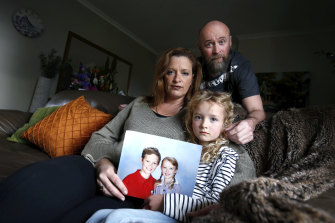 Lu, who stopped at the scene of the crash and called Triple-0, was charged with dangerous driving causing death in the weeks following the fatality. Due to COVID-19 delays, the case was then moved from the County Court to the Supreme Court, where Lu pleaded guilty to the single charge.

The court heard Lu, a father with no prior criminal history, had expressed genuine remorse and had returned to the scene of the crash to place flowers every year since Jack’s death.

Earlier, the court heard that Jack’s family had endured “immense pain” since Jack’s death, with his mother still coming to terms with the loss, finding it hard to see Jack’s friends grow into teenagers.

In a victim impact statement read out to the court, Power said she worried about her daughter Stephanie, now 10, who silently struggled with what she witnessed on that “dreadful night”.

In sentencing Lu, Fox also acknowledged the 49-year-old had “excellent” prospects of rehabilitation and had lived with the fear of being deported to China ever since the death.

Fox also found prison would be more “onerous” for Lu because of his mental health problems and his limited English which could make accessing treatment in prison more difficult.

Instead, Fox sentenced Lu to a three-year community corrections order and ordered he perform 300 hours of unpaid community work.

His licence was also cancelled for 18 months.

Cut through the noise of the federal election campaign with news, views and expert analysis from Jacqueline Maley. Sign up to our Australia Votes 2022 newsletter here.

Most Viewed in Property