As far as big skin-care splurges go, LED treatments feel somewhat anticlimactic. They're designed to penetrate deep into your skin to treat inflamed zits, calm redness from healing breakouts, and lessen the appearance of fine lines. But they lack the sensorial delivery of an especially luxurious cream or the gentle tingle of a peel pad. The first time I tried one, I questioned whether it was even doing anything other than silently bathing my face in different colors. It's not that I particularly want light-based devices to suddenly heat up or sting me (if you experience either of those things, something is going very wrong), but the experience of feeling nothing at all takes some getting used to.

Persist, though, and you'll be rewarded. Having tried multiple in-office LED sessions to counteract occasional breakouts or inflammation (administered by dermatologists and aestheticians), I've noticed that my skin looks calmer and clearer for a surprising amount of time with consistent treatment—weeks instead of days compared with topical facials. And there's no downtime or posttreatment redness to contend with, which is always a bonus. Still, I've often wondered if at-home versions of these treatments could accurately duplicate these results. I've briefly flirted with a couple of handheld LED pens before, but you can tell just by looking at them that they're not very practical for covering a large surface area when you get multiple surprise pimples. I'd rather spend 10 seconds dabbing on a zit cream.

None of this put a dent in my curiosity when Dr. Dennis Gross launched the DRx SpectraLite FaceWare Pro, a futuristic, hands-free acne mask that's also said to treat fine lines and wrinkles. It's not the first example in this category, but it's the one that seemed most convincing to me. (This is the brand that changed my skin with its resurfacing Alpha Beta peels, one of the best products I've ever used.) I was all but sold, but the $435 price tag brought me to a screeching halt. As eye-catching as it was, could any mask really be worth that amount of money?

Rather than do my usual routine of agonizing endlessly over the answer, I consulted two third-party experts, Jessica Weiser, M.D., a dermatologist at New York Dermatology Group, and dermatologist Joshua Zeichner, M.D. I get the big question out of the way: Both confirmed that the device is indeed doing more than changing colors.

"The science behind this device is legitimate, and these types of light therapy are offered in many dermatology practices, including my own," says Weiser, who points out that one big upside of LED treatments is that they work on all skin types and tones. "Additionally, LED and light therapy are thought to be safe during pregnancy and breastfeeding when acne treatments are extremely limited."

This mask utilizes three versions of LED therapy. The FDA-cleared device sits comfortably atop your face, held in place by an adjustable strap and coated with a cushy layer of silicone. It's a little heavier than I expected, but it doesn't budge or slide once it's on. Inside there are 100 red-mode LEDs and 62 blue ones; you can use them separately or together for a total of three treatments, depending on which benefits you want to focus on. The button sits at the top of your forehead, and each press activates a different mode. While you can certainly harness all the benefits by turning both sets of LEDs on, it's helpful to know what each is meant to do.

"Red light has anti-inflammatory properties, while blue light helps lower levels of acne-causing bacteria on your skin," says Zeichner. According to Weiser, red light also stimulates collagen production, while amber light (included in the red LEDs) helps decrease sun damage. The latter isn't meant to target your breakouts but rather improve the smoothness and evenness of your skin—and improve the appearance of fine lines and wrinkles.

The Dr. Dennis Gross LED mask is the type of daily product that works as treatment and prevention in one, provided you're patient and consistent. "It will work better for inflammatory blemishes but can help heal and restore all acne-prone skin," says Weiser. "Acne should show early signs of improvement in two to four weeks of light therapy, but it will take two to three months of consistent treatment for optimal results." (The brand also states upfront that a proper course of treatment should last at least 10 weeks, although you'll start seeing the benefits well before that.)

Another benefit of adding this to your routine is that it both works with and amplifies whatever you're already using; in fact, you'll see more results if you pair it with your usual regimen. Zeichner recommends it in conjunction with common topical ingredients like benzoyl peroxide, while Weiser notes that you can combine it with oral medications like birth control or spironolactone. Two things it can't cure? Congested pores (for blackheads, try these K-beauty sheet masks instead) and everyone's least favorite form of breakout, cystic acne.

Zeichner concedes that the technology might help reduce the size of some acne cysts, but it can't go further than that. "Cystic acne is triggered by hormones, so light therapy alone is often not sufficient because it is not treating the underlying hormonal trigger," says Weiser. Those exceptions aside, you do get to enjoy plenty of upsides in one sleek package. I particularly like that it does its thing in a scant three minutes, without my having to lift a finger (after powering it on, that is).

The light intensity looks identical to what I've experienced during a professional treatment, and both dermatologists approve of the tech behind the mask. Weiser does point out that in-office consultations will give you more customization for your individual needs; there's greater control over the parameters of the LED and whether it should be combined with other treatments for optimal results. If you have cystic acne, that's something to consider. For my purposes, the Dr. Dennis Gross LED mask is a pretty good live-in derm for my occasional bouts of acne and inflammation.

As for the price tag, there's no getting around that—but it softens the blow to know that it does deliver on its claims. Splurge in peace with Zeichner's final verdict in mind: "If the device does not cause too much harm to your pocketbook, I give it the green light." I'll stop short of claiming that this is a necessity for everyone, but I'm officially sold. My justification: It's a derm visit, spa day, and photo op in one.

Good news: As part of Violet Grey's Memorial Day sale, the Dr. Dennis Gross LED Mask is $50 off—or more, if you spend over $500 total. Score it on discount now through Monday, May 25, and check out more incredible deals here. 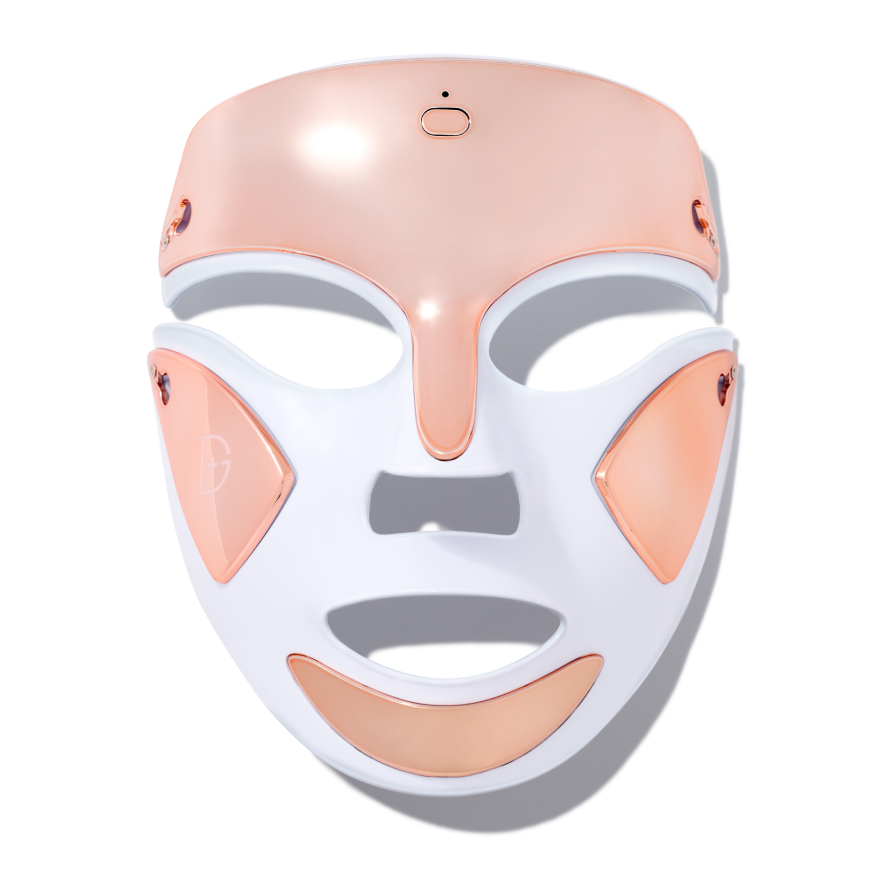