Emmet Mullins' talented seven-year-old suffered a tumble on his previous start – but this time it was his big rivals who fell by the wayside in a dramatic finish. 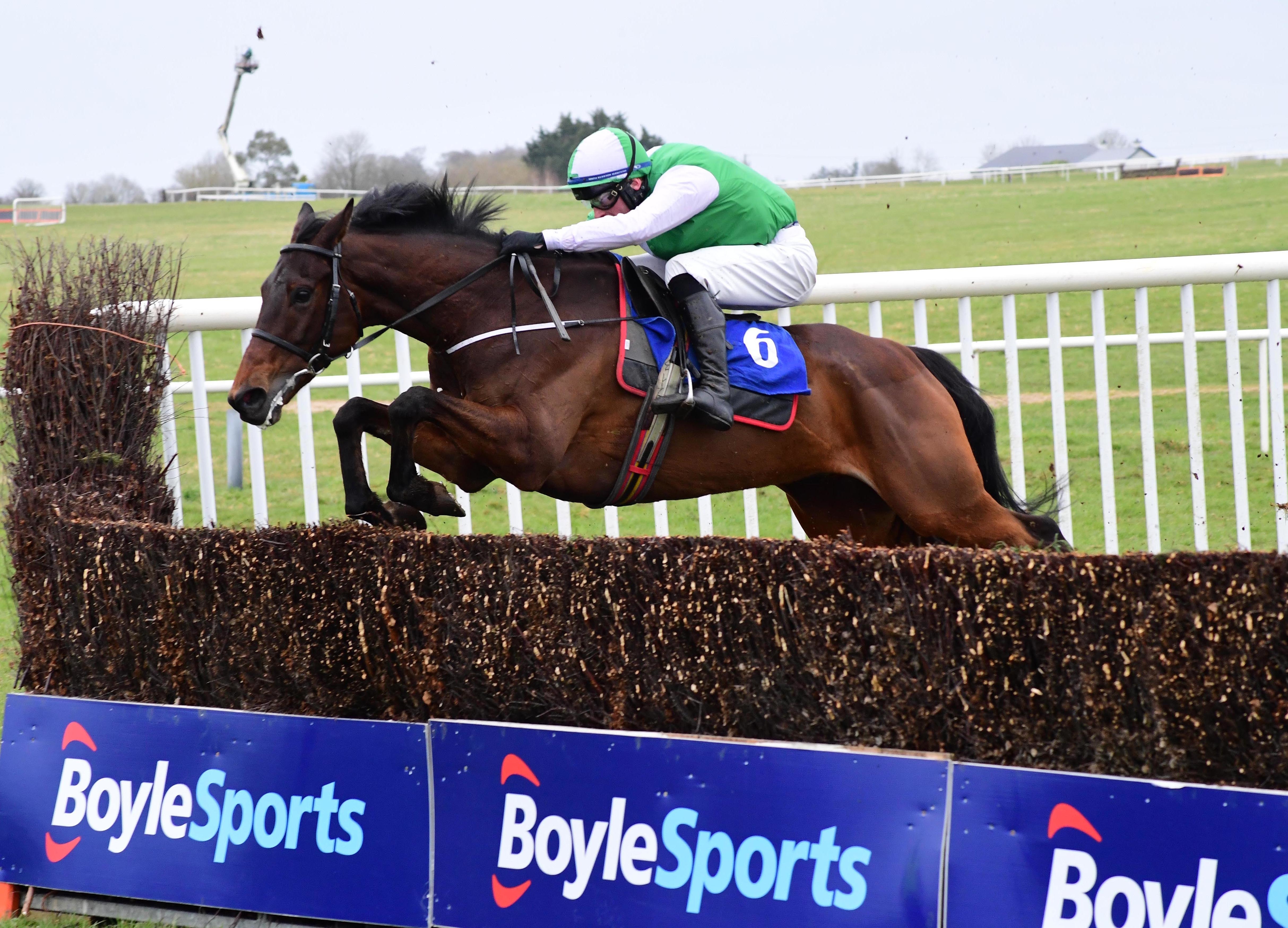 Sent off the well-backed 3-1 second favourite, his jumping was hesitant early as the hat-trick seeking Sizing Pottsie (9-4f) bowled along on the lead.

But the winner started to warm up as the race went on, and as the field approached the straight he was travelling powerfully upsides Sizing Pottsie.

That rival crumpled on landing when looking in trouble, in turn bringing down Dallas Des Pictons who was trying to close.

Zero Ten was bounding down to the last but still had to contend with Cut The Mustard, who was around a length behind at the final fence, but that rival crashed out, leaving the winner in splendid isolation under David Mullins.

Emmet Mullins said: "It was brilliant. We were a bit unlucky the last day when he tipped up with a novicey fall and the tables have turned today as we had a bit of luck.

"It's great, he jumped around and put it back together again. Fingers crossed, now we can keep it going and he could have a nice finish off to the back of the season as a novice.

"He jumped straight and, to be fair, the last day it was probably his best round of jumping up to the fall.

"He learned from the fall and especially today when he went to the last, he had a good head of steam down to it and he was able to sit up and pop. He's learning and so are we.

"It's a big monkey off David's back to come back here and do that in a big race today, a Grade 3 race especially at Thurles with the Molonys.

"It's a great race to win with the Mullins' being so close to the Molonys over the years. It's a proud moment to win that race."

Earlier on the card, the classy Jetz regained the winning thread with a decisive victory under Robbie Power.

Grade 1-placed over fences, he travelled smoothly back over hurdles and was pushed clear after the last to score by six widening lengths.

Power said: "He did that well. He was entitled to do that on his hurdles form and on some of his chase form as well.

"He seems to be getting his confidence back after a couple of runs over hurdles. He was quite keen today for the first mile or so, but he saw out the trip really well.

"His jumping improved as the race went on, but he's always that way, even over fences he's the same and the further the race goes, the better he jumps.

"Those couple of runs over hurdles will have done his confidence good and hopefully we can get a chance to go back over fences.

"The good gallop suited me as I was keen enough. He's a horse with a very high cruising speed but he also stays well."