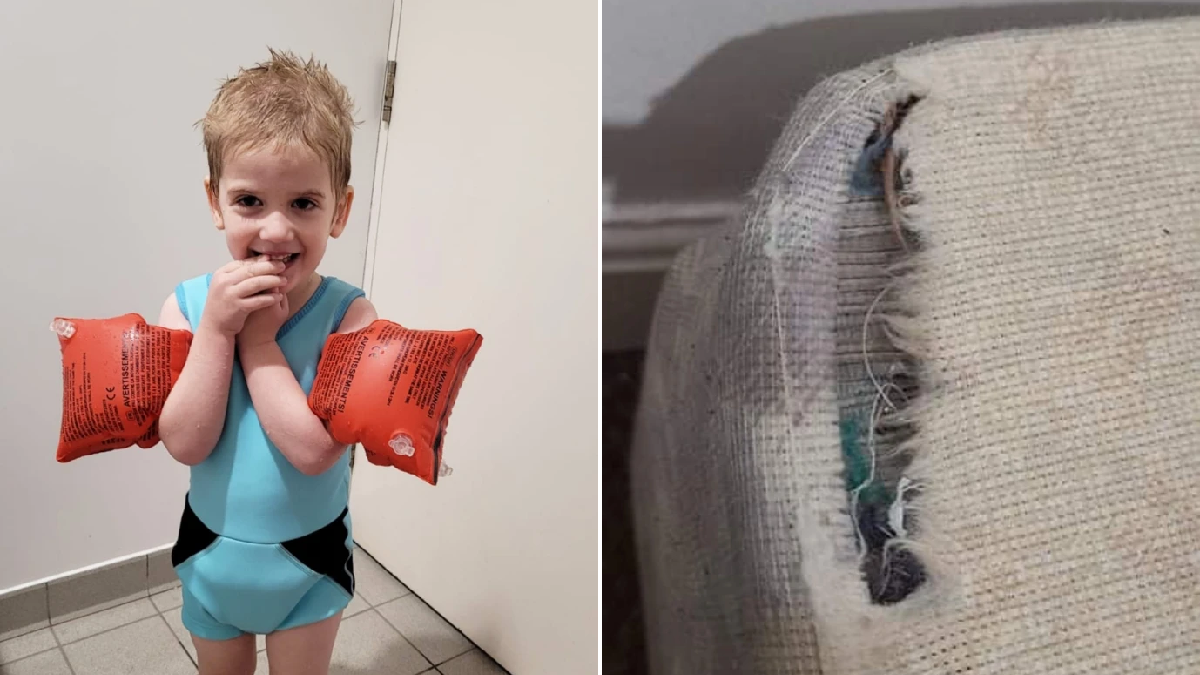 A toddler with a rare eating disorder will eat a wide range of inedible materials – from paper and books to nappies and furniture – if he’s given the chance.

William Buckley, four, has been trying to eat non-food items since he was two years old.

Mum Marie Buckley from Hull, East Yorkshire, has shared the difficulties that go with dealing with her son’s eating disorder, which is called Pica.

Marie, 32, has to remove soft toys and books from his room and does her best to distract him from his urge to eat during the day.

The part-time training coordinator explained: ‘PICA is a condition in which one is attracted to eating things that contain no nutritional value.

‘It’s really difficult to diagnose in children as a lot of professionals will just expect a child to grow out of it.’

The nappy eating is a relatively new problem, with William starting that between three and six months ago.

‘He tries to eat them on a daily basis and more so at night when he’s in his bedroom,’ said Marie.

‘William will eat paper; he ate half a book when it was on the wrong shelf in his room.

‘He ate mattress protectors as they were fluffy around the edges, so we had to change the material.

‘He’ll also eat carpet fibres, soft toys, the rain cover on his pram and any form of fluff or hair.

‘It’s a work in progress; I removed all books and soft toys from his room.

‘During the day, I can run interference and distract him but on a night it’s proving difficult.’

At the moment, William is still at pre-school and is waiting to be placed in a suitable school for his needs, as he also has ASD (autism spectrum disorder), GDD (global developmental delay), and SPD (sensory processing disorder).

His mum is hoping to raise awareness for his conditions and share what it’s like living with a hidden disability.

Marie, who co-parents William, said: ‘The lack of awareness around his conditions is shocking.

‘The cruelness in the comments people make is appalling.

‘I had no idea what any of these conditions were and if it wasn’t for support groups on Facebook, I wouldn’t know nearly as much as I do now.

‘Professionals and organisations don’t seem to talk to each other which means they may offer advice on one condition which contradicts another.

‘William’s disabilities are hidden, but it doesn’t make them any less viable.’