Tom Jones shot to global fame in the 1960s with hits like It’s Not Unusual and What’s New Pussycat. With his soulful sound, he was, of course, influenced and inspired by the King of Rock ’n’ Roll, Elvis Presley. In his younger years, Jones saved up to buy every single one of Presley’s releases to date.

In an unearthed interview with Elvis Australia, the Delilah hitmaker said it was so he could play the records in his bedroom “all the better to study his unique singing style”.

Opening up on how he took inspiration from Presley, he explained: “I never tried to copy him because I knew it was important to be my natural self. But I was inspired by him.”

Jones also marvelled at the physical performance Presley put on on stage and his famous hip movements.

“A lot of performers would worry that they might look silly, or too overtly sexual,” he noted. “But Elvis didn’t care. He just did what felt natural.”

READ MORE: ELVIS PRESLEY’S GRACELAND SHUT DOWN DUE TO CORONAVIRUS 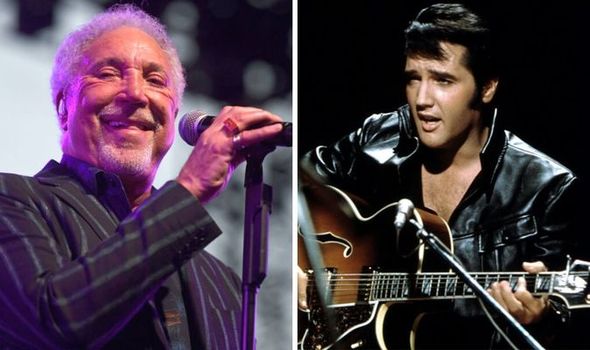 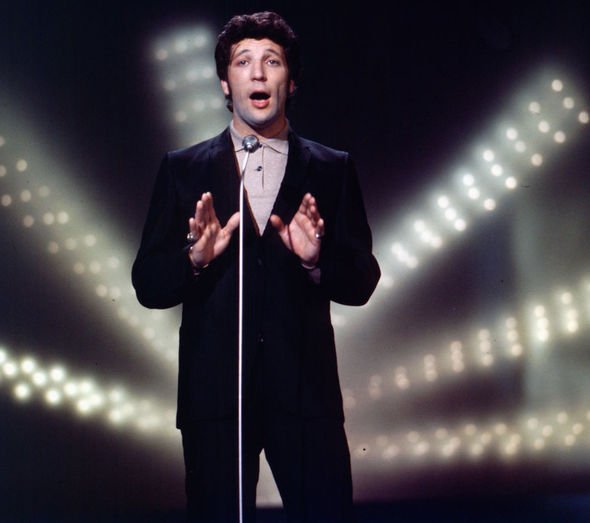 “I did the same thing for myself. I thought, ‘I want to go out there and do what I feel is natural for me.’ And it worked.”

There, he visited Paramount Studios to discuss doing a song for a movie.

“Someone told me that Elvis was filming on the neighbouring sound stage and wanted to say hello,” he remembered. 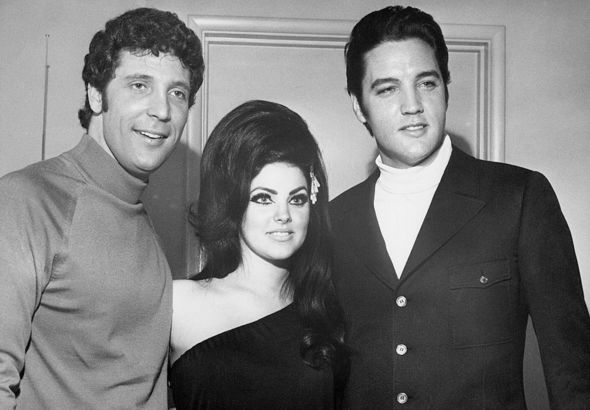 Naturally, the Welsh-born singer was star-struck at the idea Presley wanted to meet him.

“I thought to myself, ‘Oh, my God! Surely Elvis Presley doesn’t know who I am.’ But I walked on the set, where he was sitting in a helicopter, and he sort of waved in my direction.

“I couldn’t believe he was waving at me, but I waved back, just in case,” he continued.

“Then he came over and said he knew every track on my album and he sang one of my songs, With These Hands, all the way through.”

Elvis Presley: Priscilla on REAL reason she took pills he gave her [VIDEO]

It was during this first conversation that Jones cheekily told Presley he was “to blame” for his lauded singing style.

The meeting was the start of a long friendship between the two musicians.

In a 2015 interview with Conan O’Brien, Jones recalled a particularly bizarre anecdote.

“He was at the Hilton in Las Vegas and I was at Caesar’s Palace and he used to stay on,” he said, referring to their respective residencies in Vegas. “As we used to do a month and we used to overlap.”

One night, as he often did, Presley came over to visit.

Jones jumped in the shower after his show but was taken aback when he heard his friend singing.

“So, when I got the soap out of my eyes, he was over the shower door,” he recalled. “He was right there and I said, ‘Elvis, I’ll be right there!”

But when he got out of the shower the King had already used the toilet in his bathroom and was sat on it with his trousers around his ankles.

“So he’s standing there, singing this song to me,” Jones continued. “I’m trying to towel down and I said, ‘You know, Elvis, your pants…’”

He than said Presley had called for his bodyguard and friend Red West who had to come in and help the star pull his trousers back up because they were such tight leather he couldn’t do it alone.