The California billionaire staked his campaign on South Carolina, where he came up short Saturday. 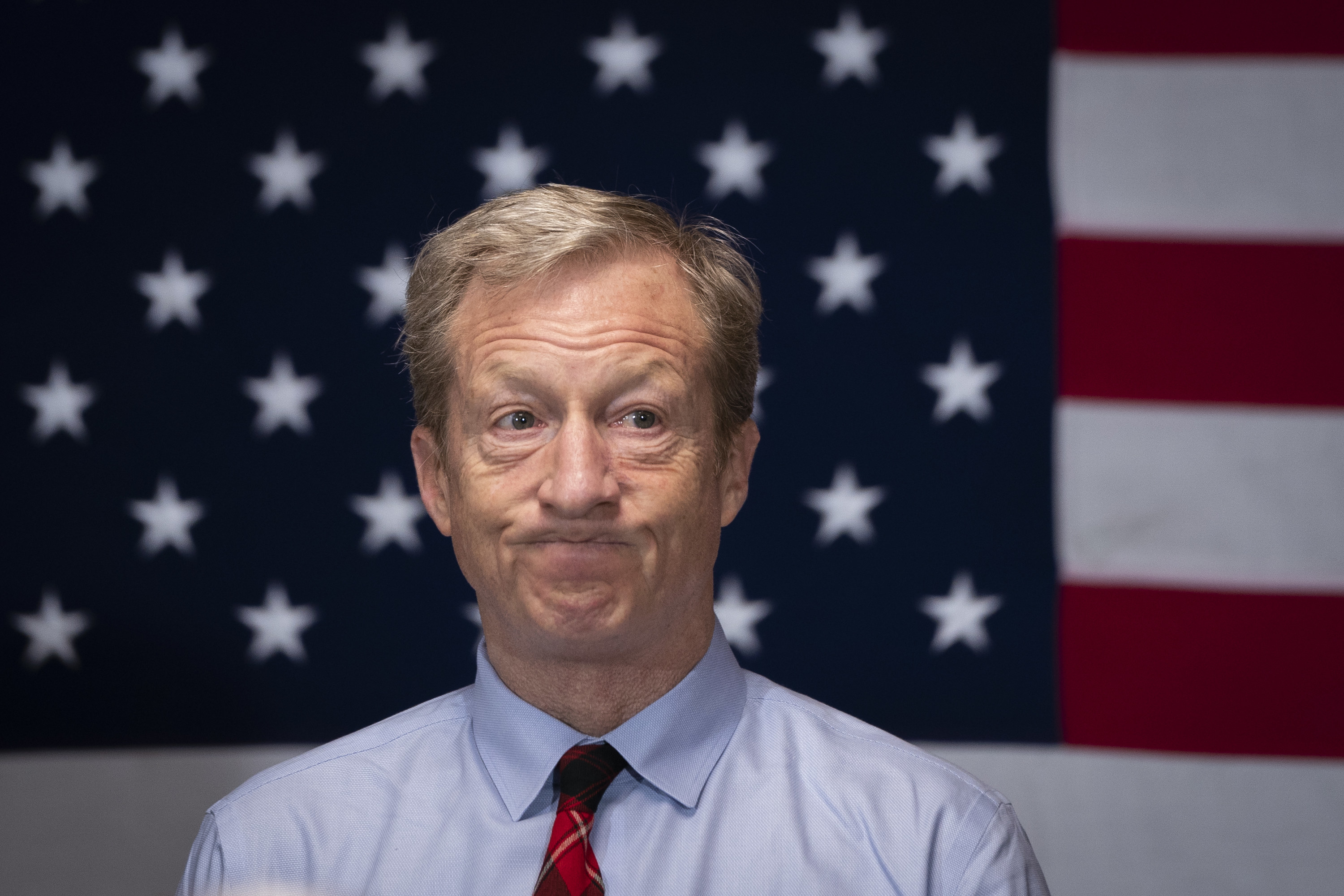 COLUMBIA, South Carolina — Tom Steyer is ending his presidential campaign, after spending millions of his personal fortune on his race and coming up short in South Carolina, where his campaign focused heavily on turning out black voters.

He made the announcement at his election night party here, as results continue to come in but show him shy of the 15% statewide delegate threshold.

“I said if I didn’t see a path to winning, then I’d suspend my campaign. And honestly, I can’t see a path where I can win the presidency,” he said, while committing to keep working in South Carolina.

Steyer, a billionaire from California, had staked his campaign on doing well in South Carolina, hosting dozens of events and lavishing the state in ads. He made some in-roads with black voters in the state, spending hours listening to the concerns of individual communities and convincing voters that he deserved their trust.

At campaign events across the state this week, black voters told BuzzFeed News that Steyer had been able to woo them because of his deeply-rooted campaign, which deployed 116 organizers across the state to host events and develop relationships with community organizers and elected officials. That support wasn’t enough to overcome Biden’s wide lead in the state where he remained the top choice among black voters in the state.

The campaign said it was vital to secure delegates in the state, alongside a finish in the top three to help the campaign gain momentum ahead of Super Tuesday.

Though a billionaire himself, Steyer took issue with Michael Bloomberg’s campaign and how he was spending his own money. “I think if you want to be president of the United States, you should have to go out and look Americans in the eye and listen to what they have to say,” he told BuzzFeed News late last year.

By the last months of his campaign, Steyer appeared to be one of the few remaining candidates truly having fun on the trail. His incidental involvement in the January fight between Bernie Sanders and Elizabeth Warren, in which Steyer said he was simply trying to say hi to Sanders, went viral. His campaign events featured huge musical acts of the ’90s — like TLC, Boyz II Men, and Juvenile. At a performance from that latter, on the last night before South Carolina’s primary, Steyer enthusiastically danced on stage to “Back That Azz Up.”

“This has been a great experience, I have zero regrets,” Steyer said in closing Saturday night.