TOM UTLEY: On balance, I’m not one of these parents who wish they hadn’t had children. But my sons may wish they didn’t have a father

Are we seriously to believe that as many as 8 per cent of British parents wish, to at least some extent, they had never had children, while a further 6 per cent have regretted it in the past?

Whether we trust those figures or not, these are the remarkable findings of a YouGov survey this week, which reported that of those who say they regret having brought offspring into the world, a hefty 12.5 per cent claim to feel it strongly.

But can this really be true?

Heaven knows, there can hardly be a father or mother alive who hasn’t at some stage found parenthood to be hugely inconvenient, exhausting, and at times a right pain in the neck. I certainly did myself — and I write as a man who was lucky enough to have a stay-at-home wife, who shouldered most of the burden of child-rearing as our four were growing up.

I remember when we were young parents, shattered by sleepless nights spent trying to pacify a wailing, teething baby.

When our first-born was only a few months old, and poor Mrs U desperately needed her rest, I used to drag myself out of bed at three or four in the morning, woken by the boy’s howls, and carry him round and round the kitchen table in his papoose, rocking him backwards and forwards to calm him down.

As a last resort, when even this didn’t work, I would strap his carry-cot into the back seat of the car and drive him around our local streets, letting the hum of the engine and the motion of the car lull him to blessed sleep. I don’t suppose environmentalists would approve of the waste of petrol, but I found this method seldom failed to work its magic.

By the time I arrived at work the next morning, however, half dead from lack of sleep, I tended not to feel quite as benevolently inclined towards my infant son and heir as perhaps a model father should.

Indeed, if a pollster from YouGov had shoved a questionnaire in front of my bleary eyes on such a morning as that, and asked if I regretted becoming a father, it is even possible that I might have ticked the box marked Yes. 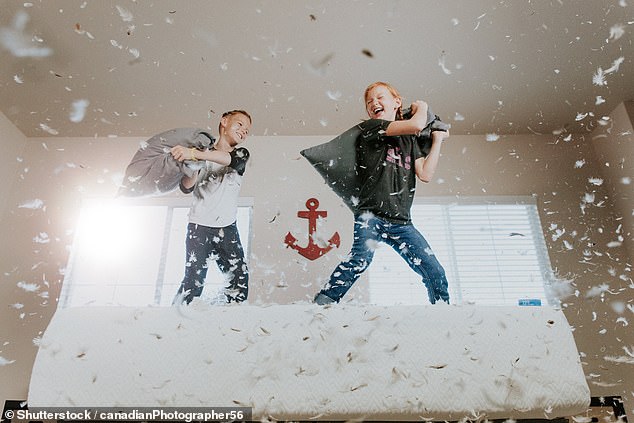 Tom Utley: Are we seriously to believe that as many as 8 per cent of British parents wish, to at least some extent, they had never had children, while a further 6 per cent have regretted it in the past? Pictured: Two children have a pillow fight [stock image]

Now I come to think of it, there were numerous occasions after the other three boys came along when I might well have ticked it again.

Among them were those weekends when our hopes of a rare evening out went up in smoke because the babysitter was busy. Then there were the constant fights between the brothers over everything and nothing.

‘But he started it, Dad. He called me a smelly poo-bum.’

‘No, he started it. He says he won’t give back my Pokemon cards. And anyway, he is a smelly poo-bum.’ How many times have we long-suffering parents wished with all our hearts that our young would just shut up and leave their mothers and fathers in peace?

Then there were those long, torturous car drives, familiar to so many of us, with fractious young children in the back, whining every 20 minutes: ‘Are we nearly there?’

Indeed, it shouldn’t surprise anyone that the younger the parents — which usually means those with the youngest children — the more likely they were to tell YouGov that they wished they had never started a family.

Mind you, I wouldn’t say the irritations and anxieties of parenthood necessarily decrease as children enter their teens, or even their 20s. They just become different.

I’m thinking of the door-slamming strops of adolescence, the messy bedrooms, the remnants of takeaway pizza mouldering down the back of the sofa, every light in the house left on all night — and every towel lying in a sodden heap on the floor when it’s time for my morning shower.

Then there’s the worry when they’re late home from parties — far worse, of course, for the parents of girls — a worry that quickly turns to fury when they finally pitch up and drag a wretched parent out of bed because, yet again, they’ve forgotten their keys.

Even today, with two of our sons currently on the premises — both in their late 20s — I often feel I could do without their pious lectures on the evils of Toryism or their constant screams of abuse at the referee on a family TV permanently tuned to the Euros (wherever they picked up their passion for football, it wasn’t from me). This is not to mention the fact that, like all parents, Mrs U and I would be very much richer if we’d had no children. Richer, that is, if riches can be measured in pounds and pence. 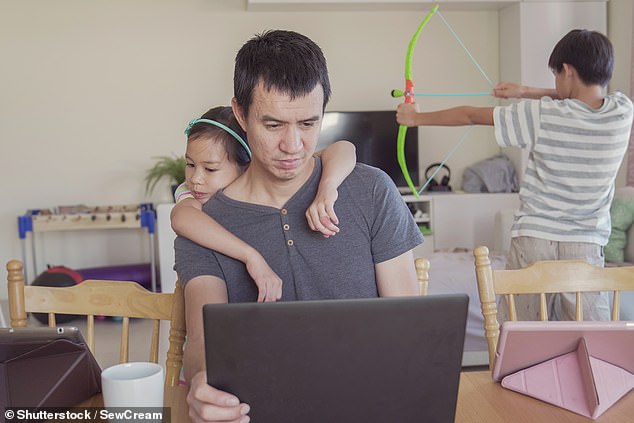 Tom Utley: Whether we trust those figures or not, these are the remarkable findings of a YouGov survey this week, which reported that of those who say they regret having brought offspring into the world, a hefty 12.5 per cent claim to feel it strongly

Throughout our lives together, we’d have had two decent incomes. And without the crushing expense of educating, clothing, feeding and watering our young — and bailing them out of an occasional tight spot — we’d no doubt have had more exotic holidays, a nicer house, and lives comparatively free from worry about the mortgage, the gas bill and the taxman.

So, yes, I can easily imagine that if you caught me in a particularly grumpy mood, after a sleepless night and a day spent keeping fratricidal boys from each other’s throats, I might occasionally have been capable of telling a pollster, in an anonymous survey, that I wished I’d never had children.

But what I can say with absolute certainty is that if I said any such thing, I’d be lying. For the truth is that there hasn’t been one single moment since the birth of our first-born when I’ve genuinely regretted being a father.

Exasperating though our boys have often been, the four of them have been pretty much the point and focus of their parents’ existence — and I wouldn’t have it any other way. Indeed, my heart goes out to those couples who have yearned for children, but for one reason or another have been unable to have them.

All right, I’m prepared to believe parents of mass murderers might honestly say they wish their young had never been born. But 8 per cent of all parents — or 14 per cent, if we include those who claim they harboured such thoughts in the past?

I just don’t believe it. For isn’t there a world of difference between completing a pollster’s questionnaire and actually meaning what we say? If you doubt me, you need only remember all those opinion polls that so confidently predicted a Remain victory in that referendum, five years ago this week. 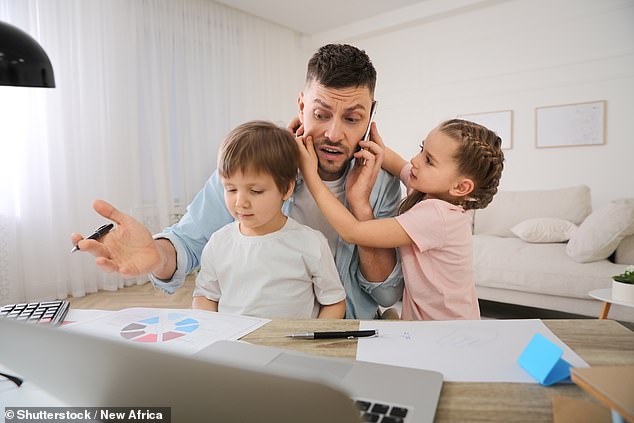 Tom Utley: Just over a fifth of 25 to 34-year-olds said either that they regretted having children at the time of the survey (13 per cent) or did so in the past (9 per cent)

Of course, as a journalist who has made his living from writing about family matters, I have a special reason for being grateful that I’ve been blessed with four children. But let’s face it, my poor boys haven’t always appreciated having every spit and cough of their existence recorded in the public prints since the youngest was in his nappies almost 30 years ago.

Indeed, the guilty thought occurs to me that if a YouGov pollster were to ask them if they ever wished they’d never had a father — or, at least, that fate had allotted them a different one — all four of them might be tempted to answer Yes.

I just hope, with all my heart, that they wouldn’t mean it, either.