TOTTENHAM twice threw away a lead to lose 3-2 at home to Wolves as their makeshift side made it two Premier League defeats on the spin.

Steven Bergwijn capitalised on the home side's early pressure when he stabbed home a rebound on 13 minutes but Matt Doherty swept a similar one in against the run of play just 14 minutes later. 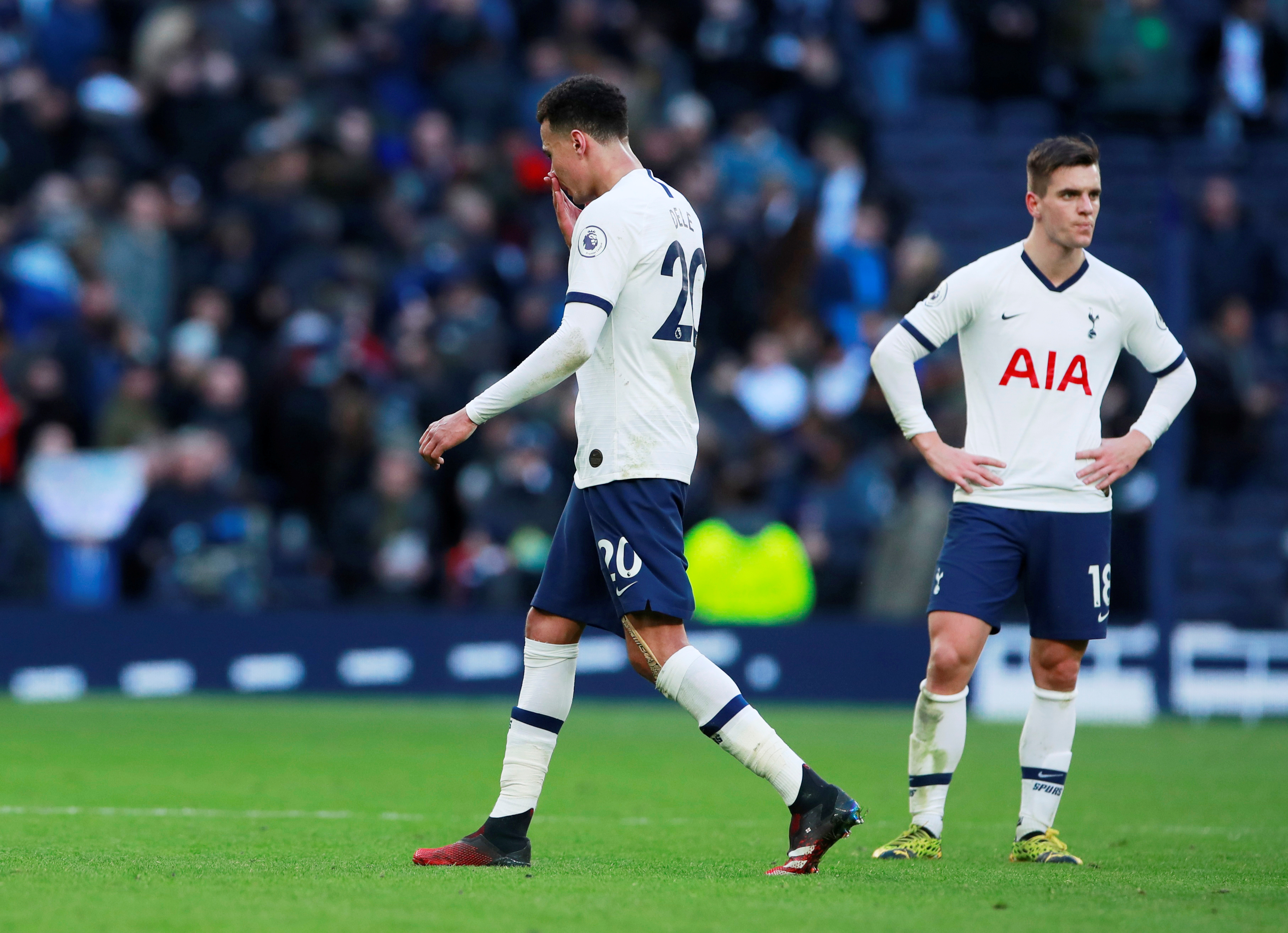 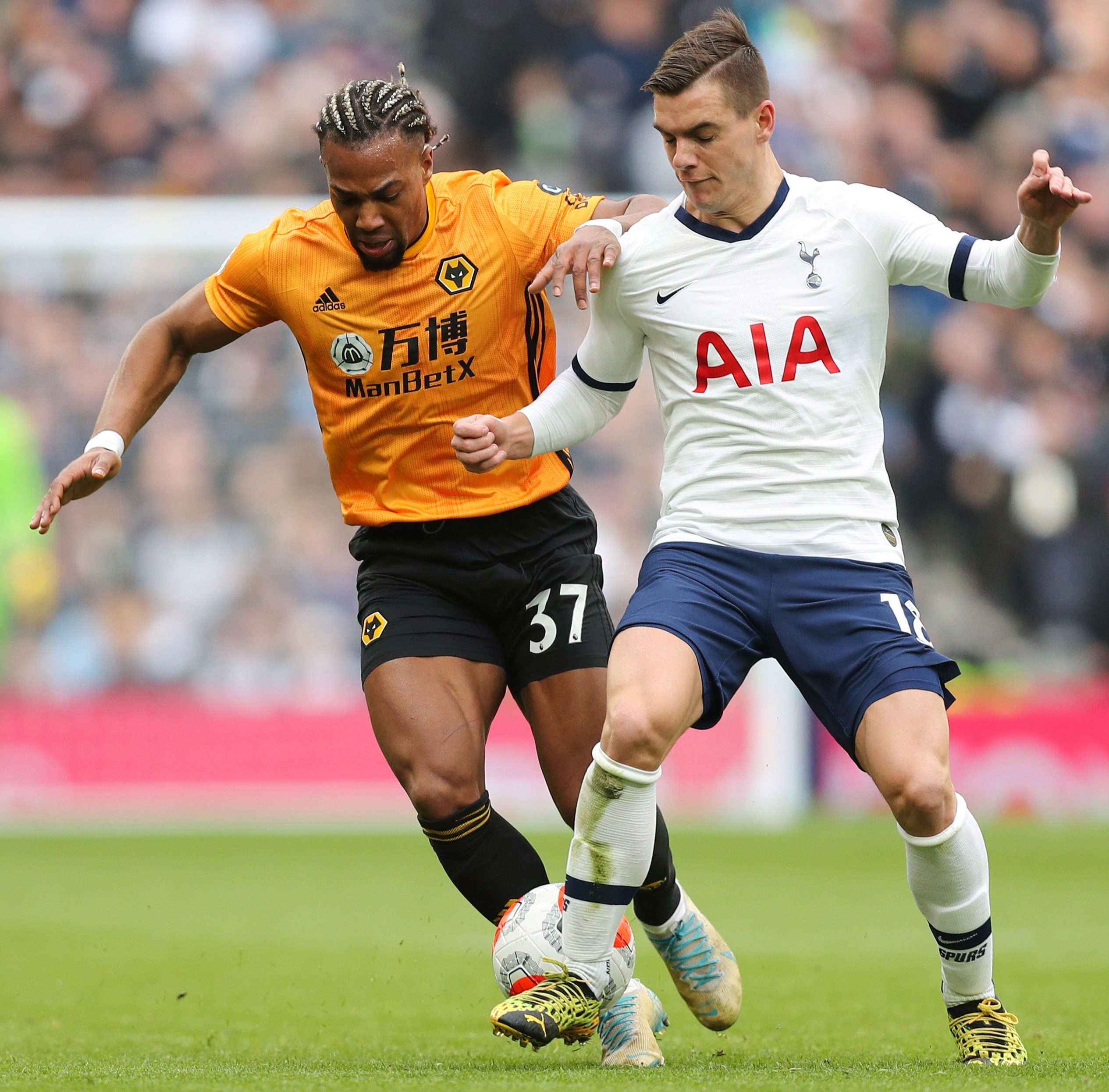 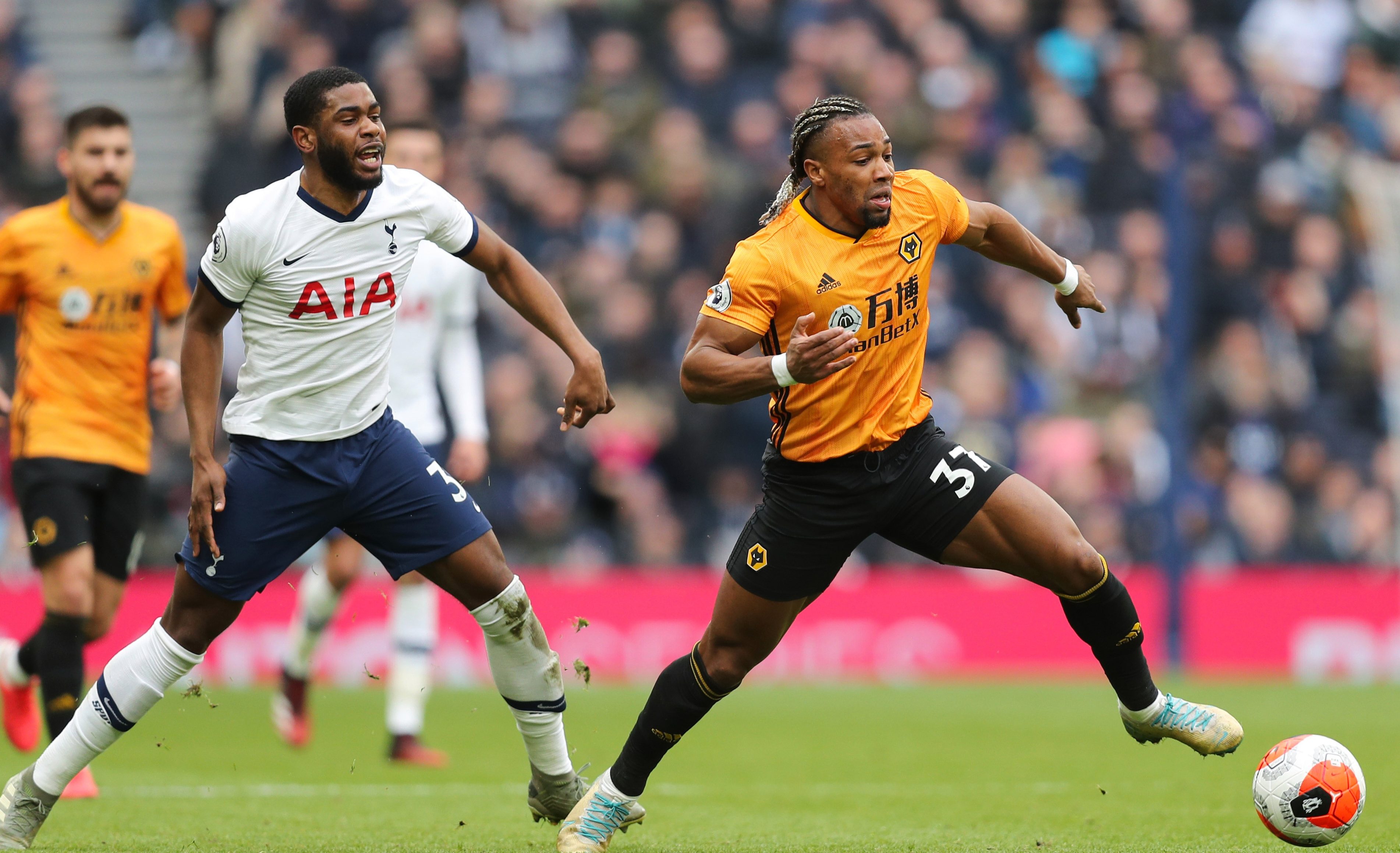 Serge Aurier's left-foot beauty just before half-time saw Spurs lead 2-1 at the break but it all fell apart for the North Londoners in the second-half.

Diogo Jota toe-poked one home from close range before Raul Jimenez turned Japhet Tanganga inside out before curling home the winner with 17 minutes left.

Spurs drop below Wolves to seventh after the defeat and here's what SunSport's William Pugh thought of Tottenham's individual performances.

Couldn't do much with any of Wolves' goals.

Some handbags with Jimenez in the second-half but did nothing to suggest he will keep Hugo Lloris out the team when he returns from injury.

Lively first period and got involved with Spurs' attacks but allowed Ruben Vinagre to cross for Wolves' first-half equaliser.

Scored a sumptuous left-footed peach just before half-time to send his team in at half-time with the lead. 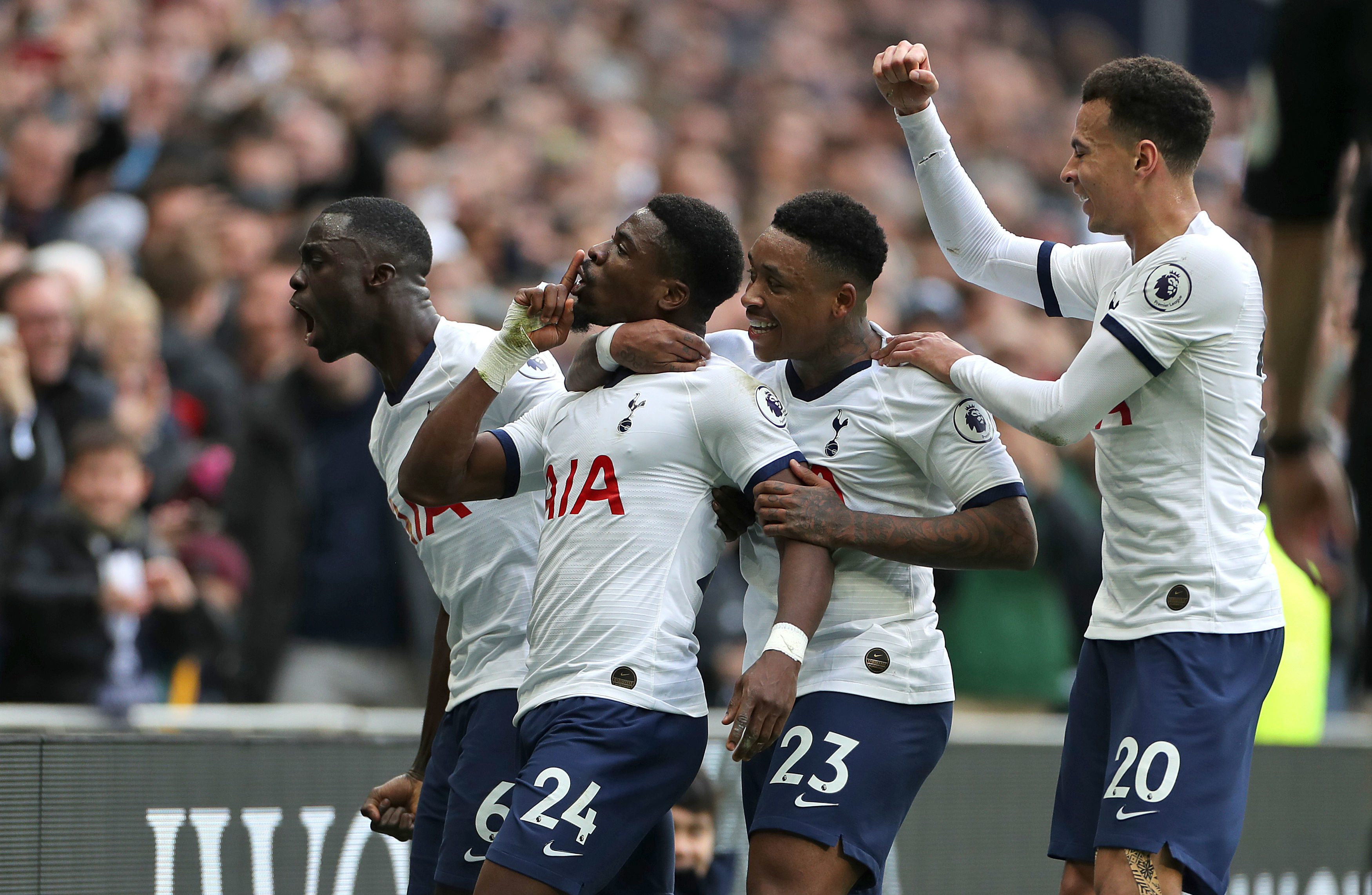 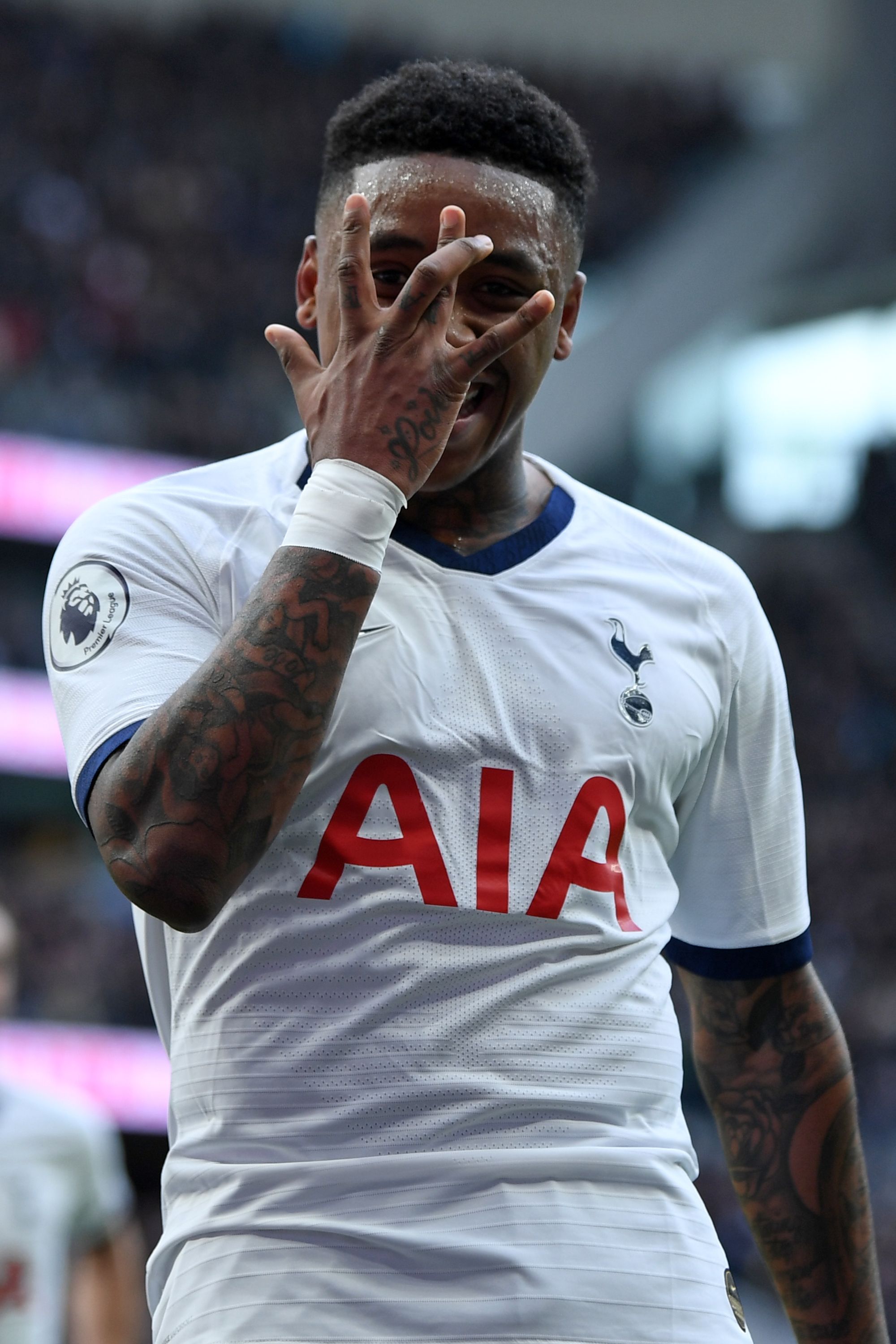 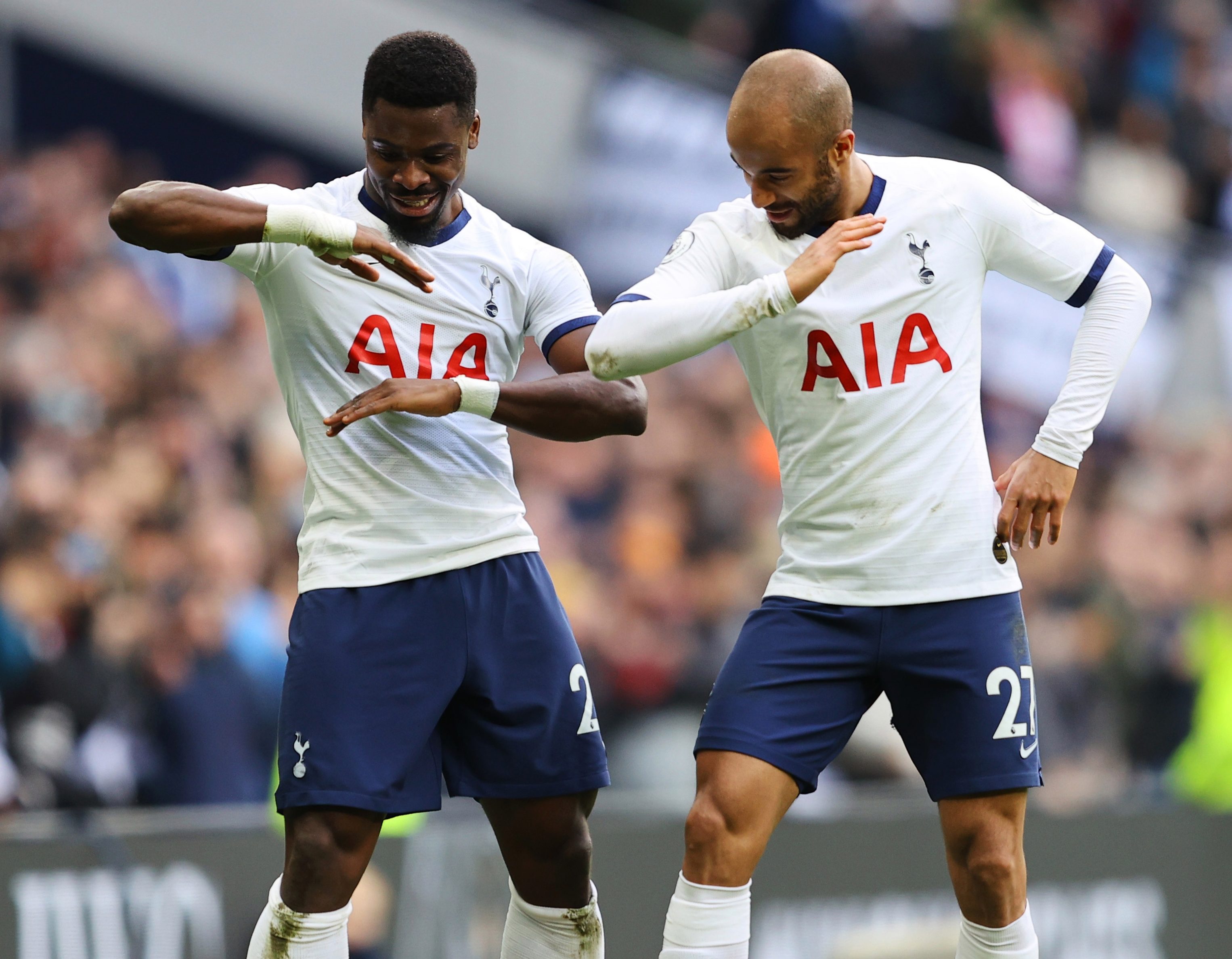 Was a spectator for all three of Wolves' goals and Jose Mourinho would have expected more as the most senior of the three centre-backs on the pitch.

Looked a little out his depth as a makeshift centre-back.

Should have cleared Vinagre's cross which led to Doherty's goal and always seemed a half-yard off the pace.

Ball deflected off him and into Doherty's path for Wolves' goal to make it 1-1.

Could have cleared if he had sorted his positioning and feet out earlier.

Sat down by Jimenez for Wolves' third and made some rash positional decisions when trying to deal with Adama Traore. 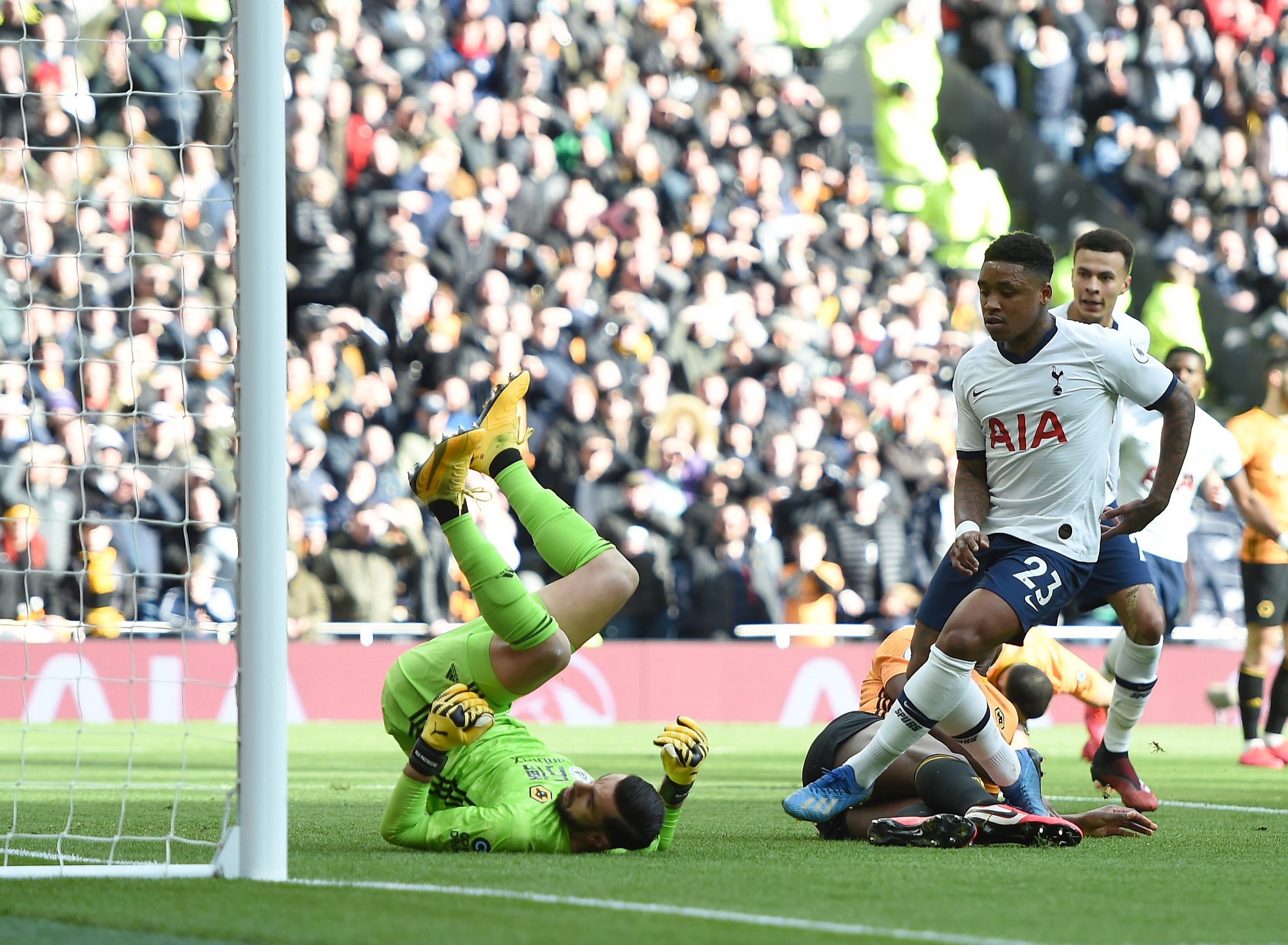 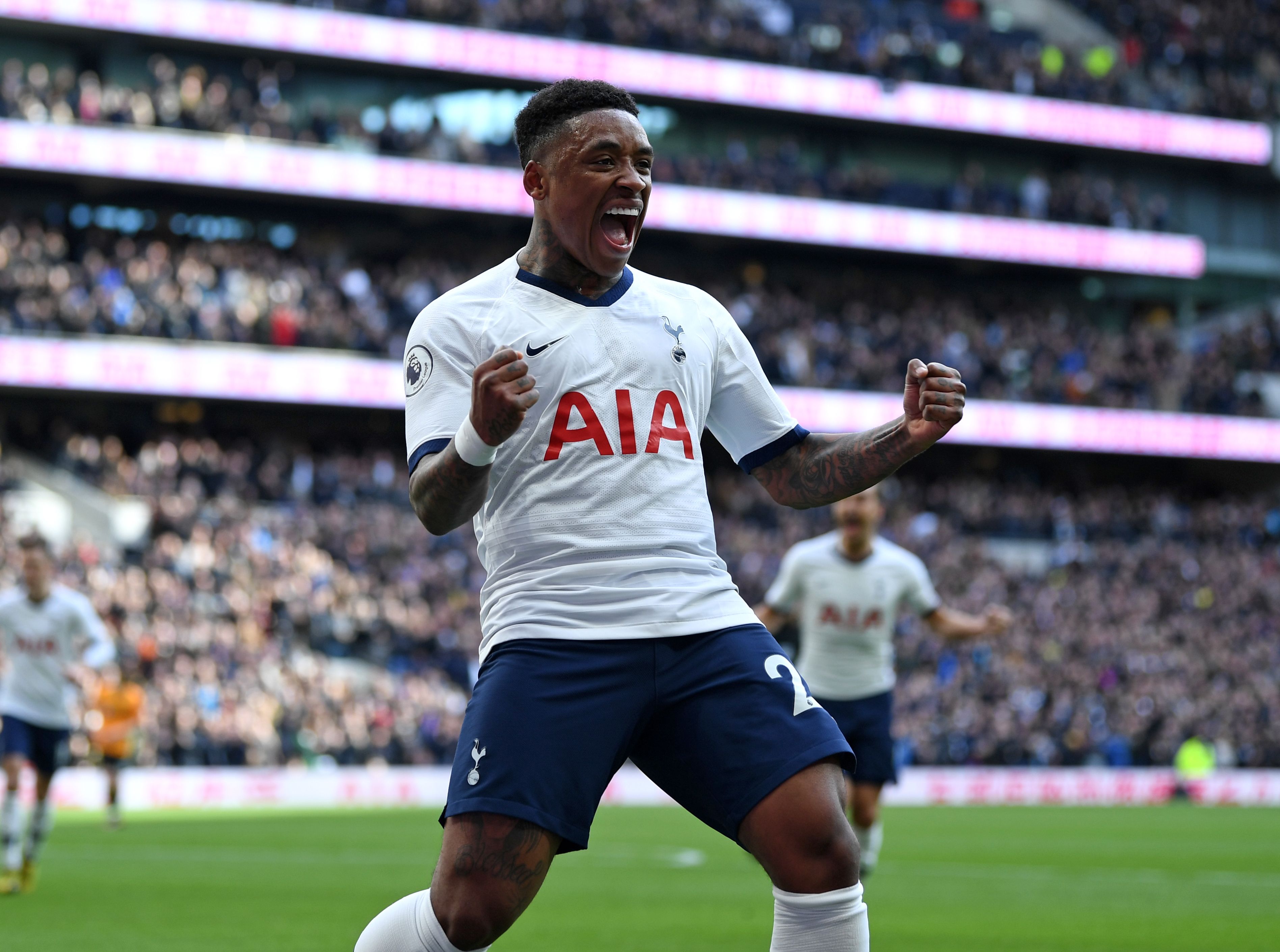 Mucked in going forward but Wolves had a lot of success down both wings – particularly Traore against the Welshman.

Got a whack in the nose in the first-half which looked serious but he was able to carry on.

Booked for a strong tackle on Doherty as Spurs chased the game late on.

Uninspiring performance from the stand-in captain.

Transitioned the ball well but was a victim of Spurs' light-weight midfield.

Booked for bemoaning Davies' booking near the end.

Got about Wolves early on as Spurs started in electric fashion.

Quietly involved in everything meaningful the North Londoners did going forward.

Kept the ball moving throughout and his performances will bear far more fruit once Tottenham's natural goalscorers are back.

Boooked for a cynical foul on Traore as the muscle man tried to break on the hour mark. 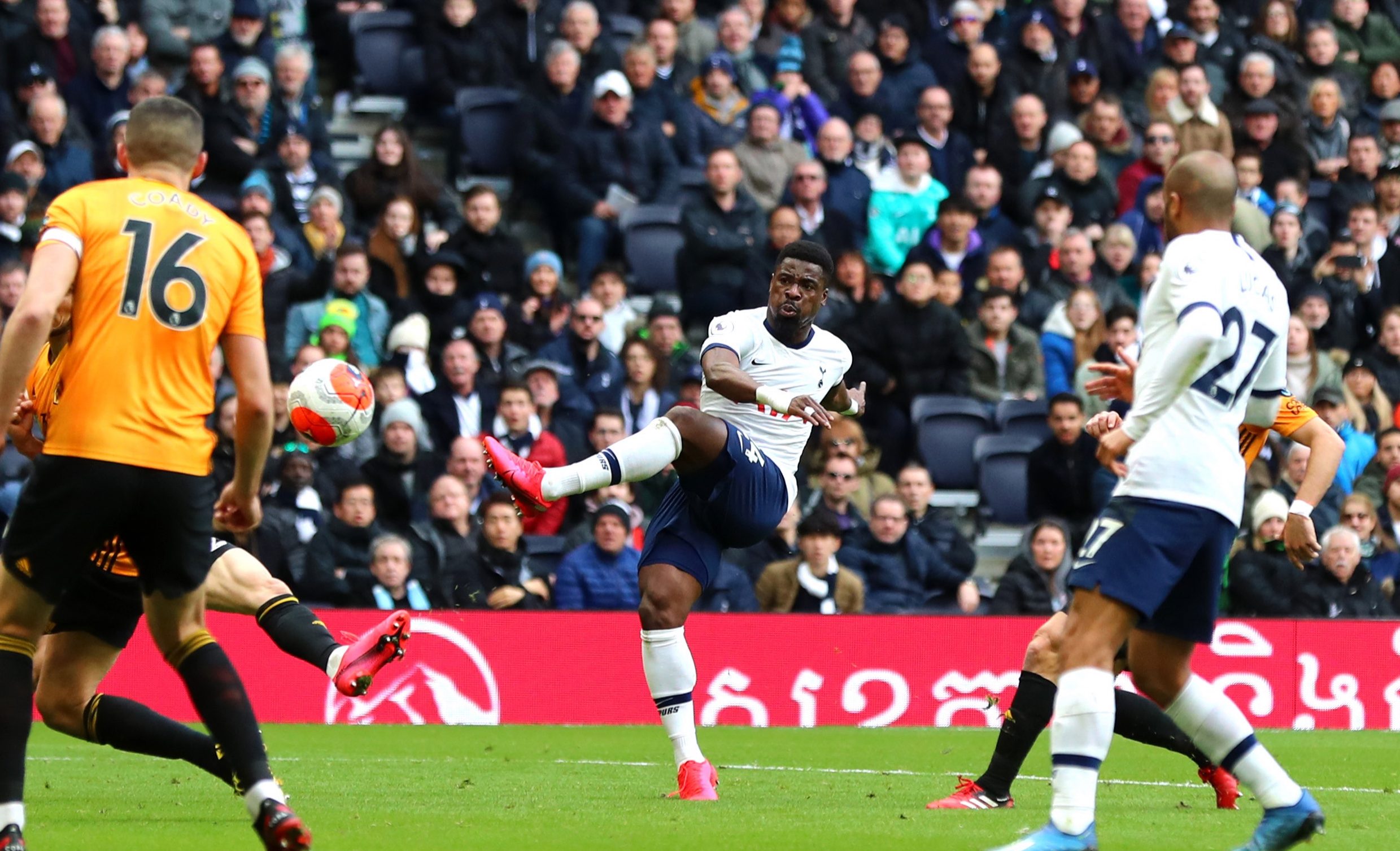 Needs to be doing more in the absence of Harry Kane and Son Heung-Min.

Integral to everything Spurs did going forward in the first-half.

It was his shot that led to Bergwijn's opener but he missed a sitter of a header to make it 3-1 to Spurs just before Jota pulled it back to 2-2.

Will be remembered for the miss rather than some of the more promising things he did as stand in striker.

Reacted quickest to stab in the rebound from Alli's shot to open the scoring.

Busy for the remainder but another victim of Spurs' striker crisis.

Will be more productive when he has an out and out centre-forward back to feed and to feed off.

Nothing of note when he came on.

No time to make an impact. 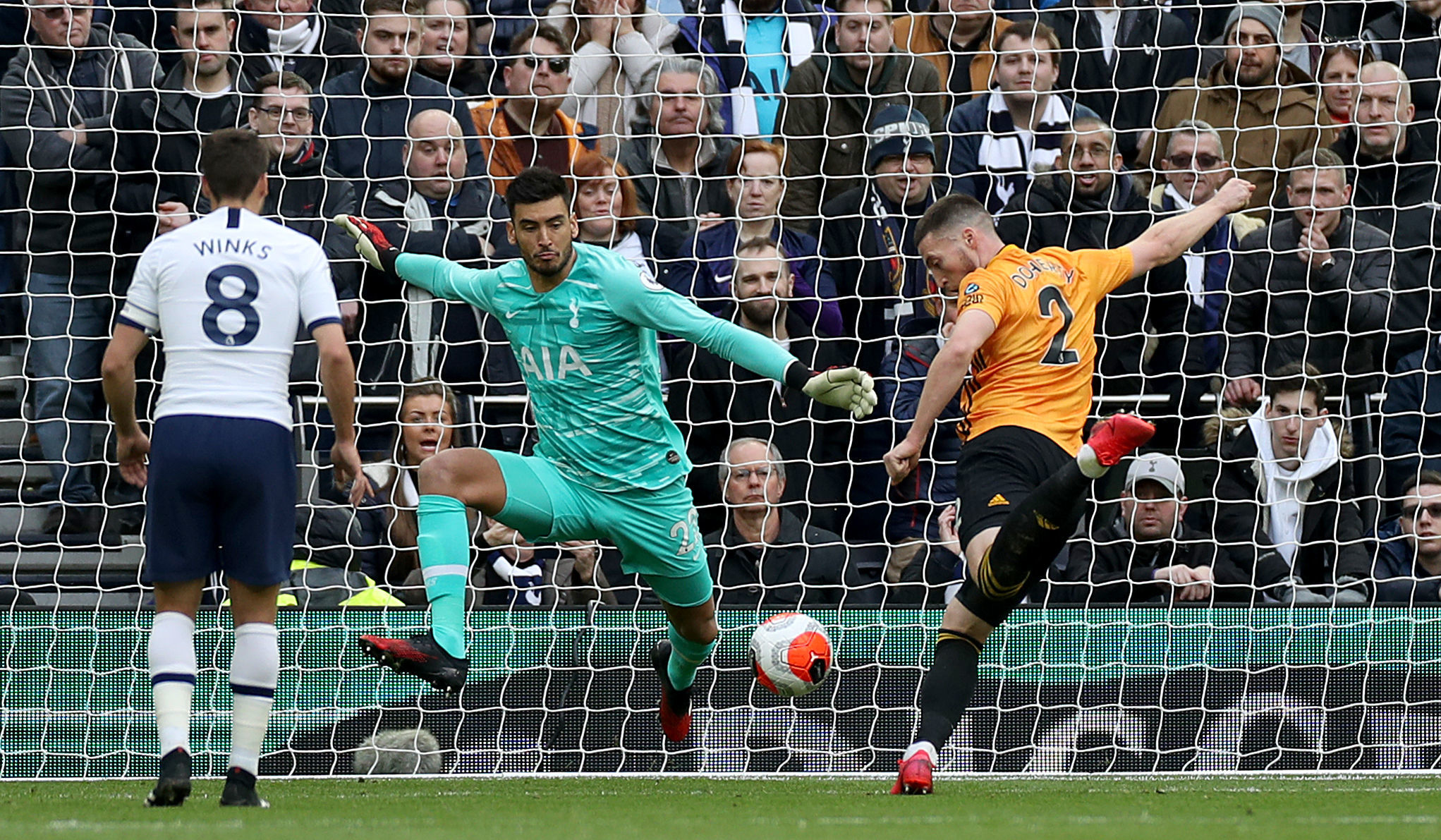 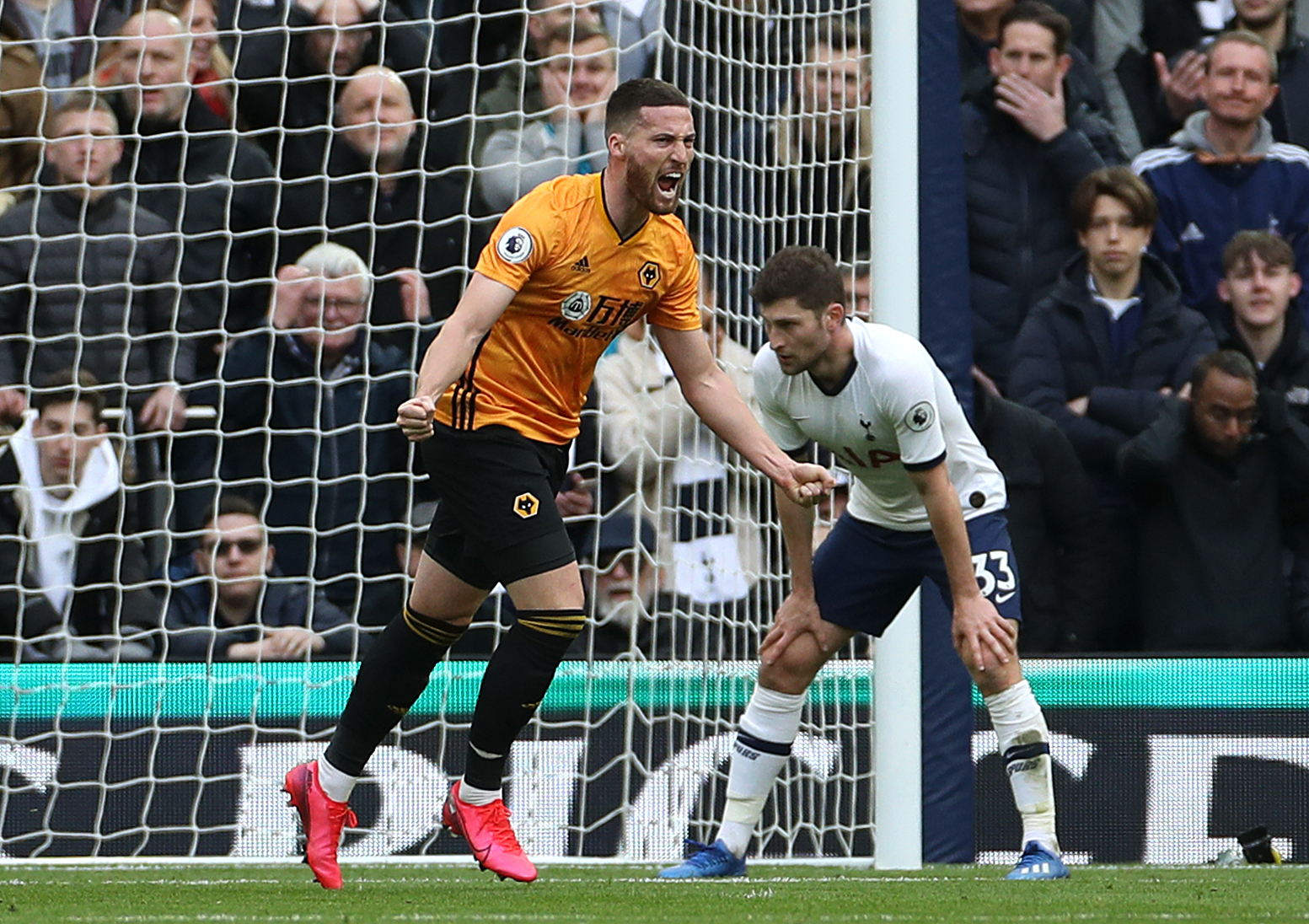 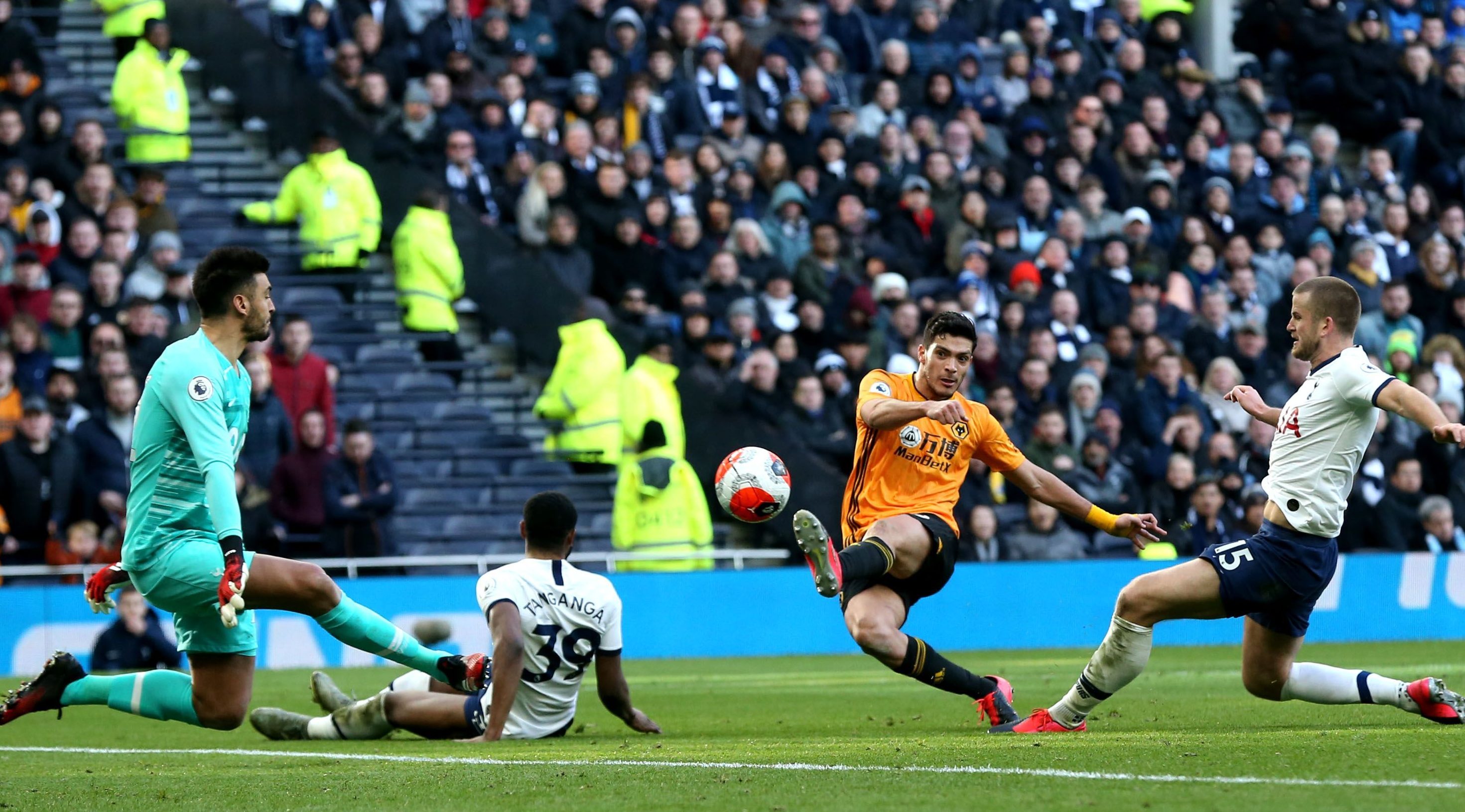 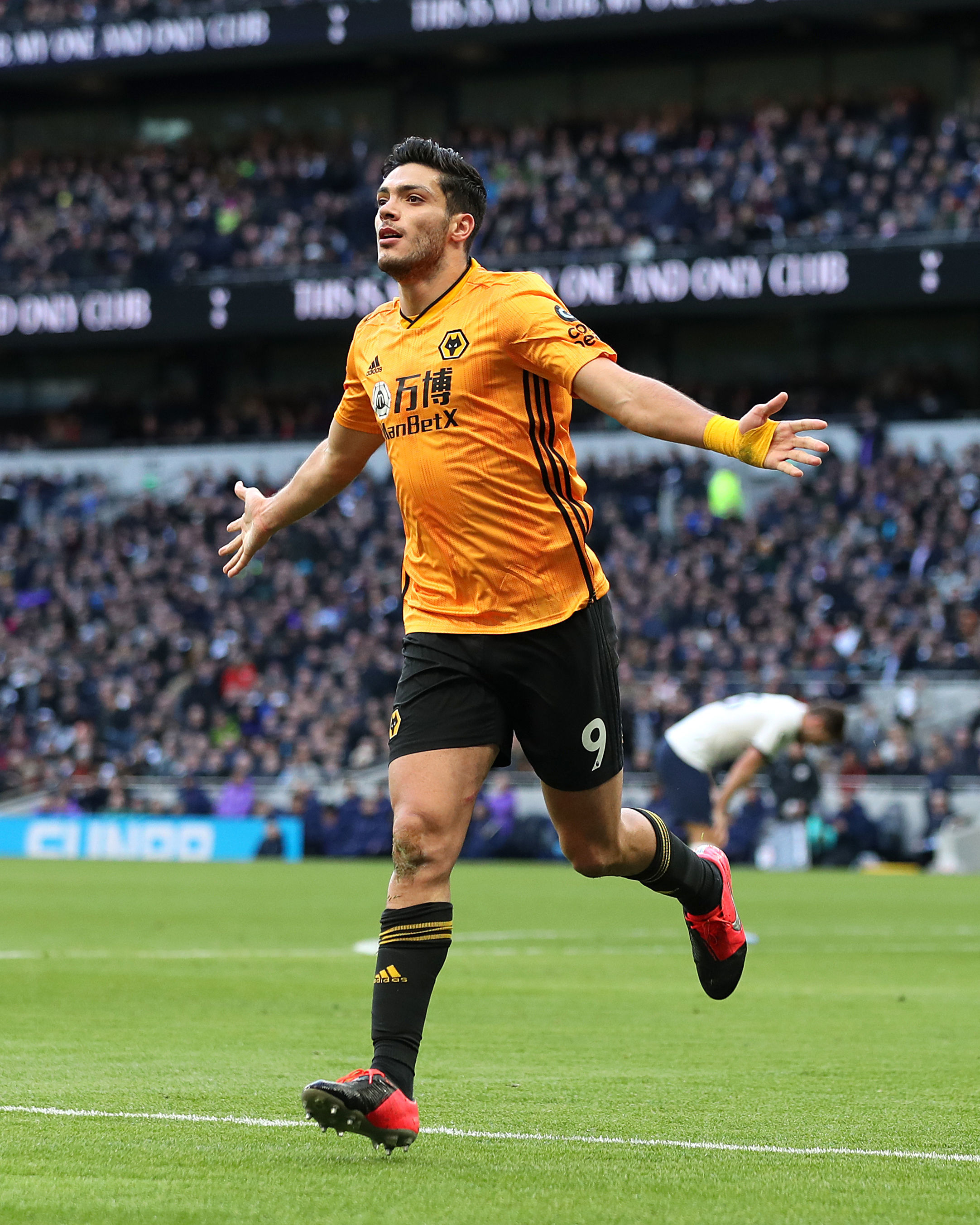