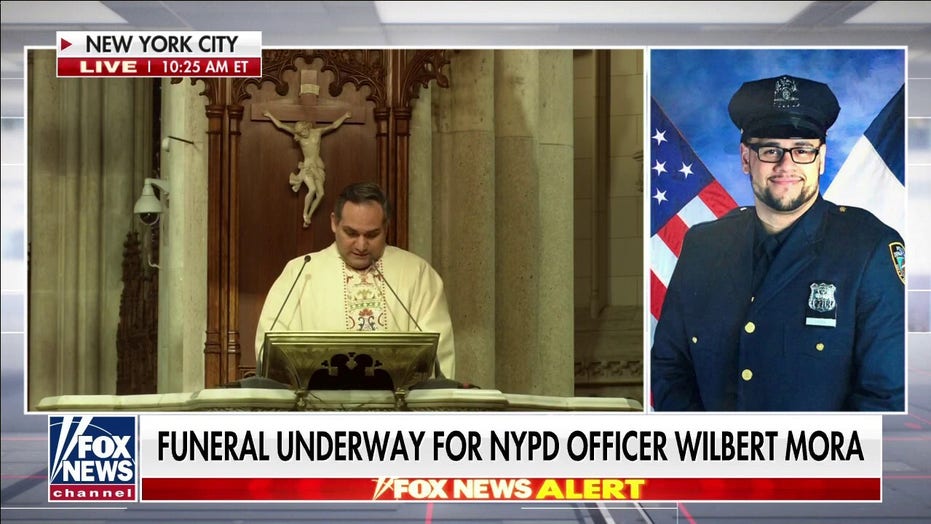 Fox News’ Bryan Llenas reports on the funeral for Officer Mora who was killed in an ambush in Harlem.

Some pictures capture a story in ways that words can’t always accomplish.

One of the sweetest and most poignant photos to emerge from the funeral on Wednesday in Manhattan held for deceased NYPD Detective Wilbert Mora is shown here.

Two toddlers on wheels are shown paying their respects to fallen Officer Mora in midtown Manhattan.

Check out this photo below. 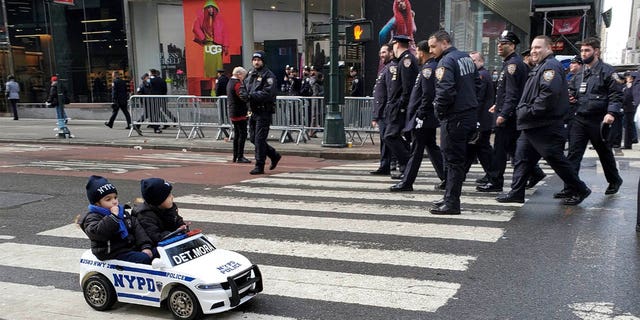 Toddlers at the wheel pay their respects on Wednesday, Feb. 2, 2022, to deceased NYPD Detective Wilbert Mora in midtown Manhattan during his funeral at St. Patrick’s Cathedral.
(Ushi Teitelbaum)

Mora’s family emigrated to the U.S. from the Dominican Republican when he was only seven years old. He was to be buried on Wednesday afternoon in Woodside, Queens.

Thousands of law enforcement officers created what officials called an “ocean of blue” outside St. Patrick’s Cathedral last week for Rivera’s funeral — and they did the same on Wednesday, Feb. 2, for Mora’s funeral as well.

Check out these additional photos taken on Wed., Feb. 2, 2022, as thousands came out to pay their respects, share their anguish, pray, and let the family know in their own way that others were thinking of them and hurting with them in their time of deep sorrow. 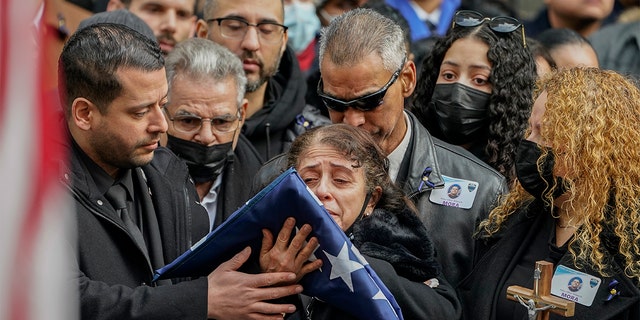 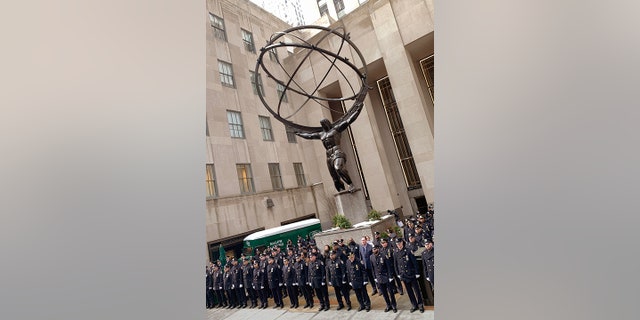 Police are shown on Feb. 2, 2022, in front of Atlas in Rockefeller Center in midtown Manhattan, across the street from St. Patrick’s Cathedral. NYPD Officer Wilbert Mora died after an ambush in Harlem. His partner, Officer Jason Rivera, also died from gunshot wounds received during the same incident. Both men were in their 20s.
(Fox News Digital) 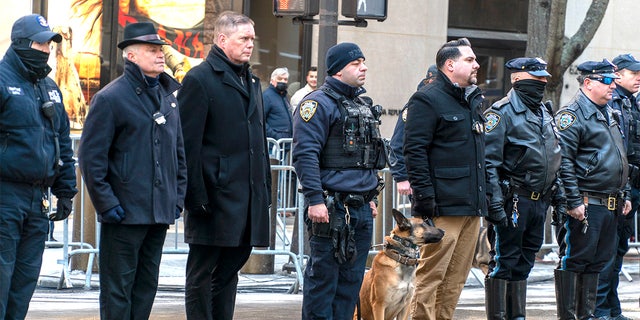 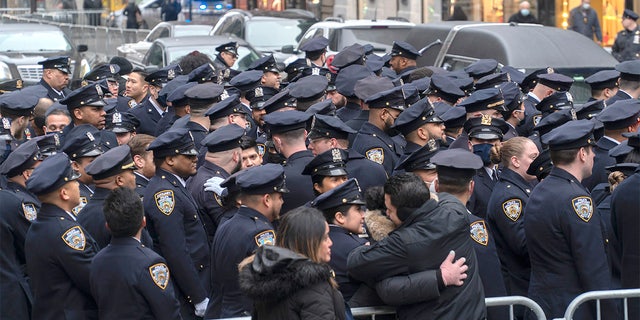 Det. Mora, though now gone from this earth, helped saved five lives because of his generosity before his death.

He chose to be an organ donor.