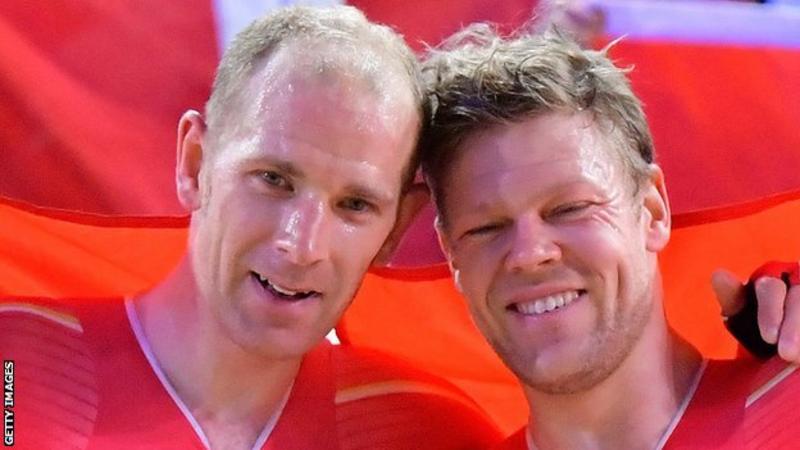 Morkov, 34, took part in the first four days of the UAE Tour before it was cancelled because of two suspected cases of coronavirus.

He was cleared to compete in Berlin by governing body the UCI on Saturday.

“Two days ago I was doubting I could start the race. I’m feeling on top of the world now,” Morkov told BBC Sport.

Morkov and partner Lasse Norman Hansen gained a lap on the rest of the field to be crowned world champions, with New Zealand winning silver and hosts Germany taking bronze.

“From not being able to race to becoming world champion in my absolute favourite discipline is indescribable,” Morkov added.

Morkov last won the madison world title in 2009, while he and Hansen won the European title in October last year.

He was present at the velodrome on Thursday night to watch Denmark – including Hansen – break the team pursuit world record on their way to gold.

He spent Friday training on rollers in his hotel room, talking with family on the phone.

Morkov said the last couple of days had been “a wave” but said it had not affected his preparations.

“The only thing I could do was focus on the race and stay on track and hope and cross my fingers that I would be able to race,” he said.

“So I stayed very calm and stuck to my preparations in my room. In the end it hasn’t affected me at all.”

Jokingly asked if he would consider going into isolation again if it meant he would win gold, he replied: “It looks like it works.

“I hope it’s not because of a virus but I can go into isolation voluntarily again.”