TRAINER Roger Teal is up for the scrap with racing royalty in the 2000 Guineas and would not swap his Kenzai Warrior for the world.

Pinatubo may be the name on everyone’s lips in and around Newmarket, but Teal is confident his horse could spring another surprise. 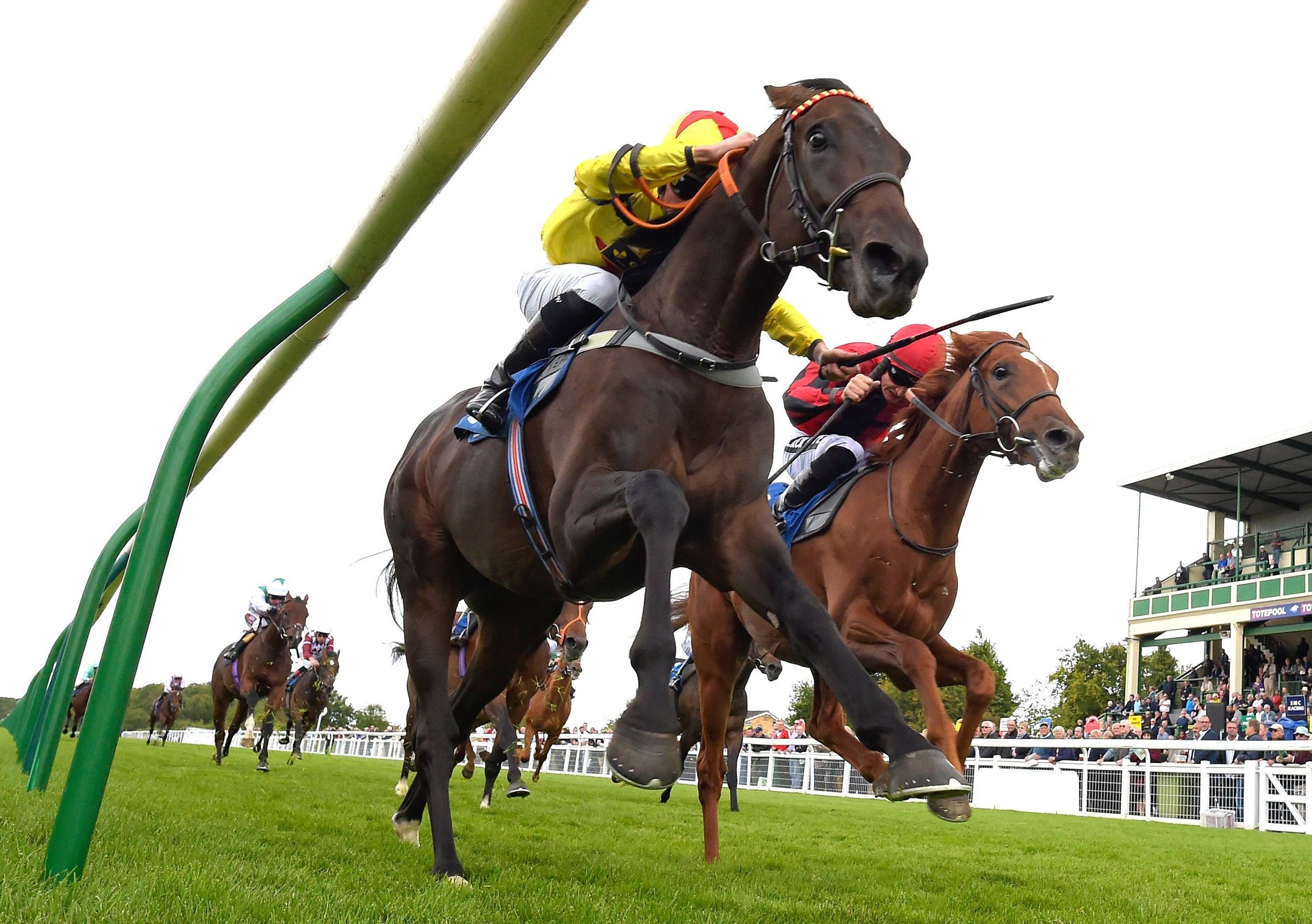 Stablemate Tip Two Win ruffled some feathers when second at 50-1 behind Saxon Warrior in the 2018 Guineas, and the Lambourn trainer even thinks his latest Classic hope could go one better.

"But look, on a serious note he’s going to be that price because he’s trained by me I’m afraid."

The might of Ballydoyle and Aidan O’Brien have farmed the race for fun in recent years, and racing’s other powerhouse Godolphin have the unbeaten Pinatubo as the one to beat in the rescheduled first Classic.

But as well all know racing is a funny old game and Teal knows you can’t be scared of taking on the biggest names.

He said: "We know what we’ve got to go and do, don’t get me wrong, but I wouldn’t swap him for anyone.

"We like what we’ve got and we know he’s a good one.

"It’s horseracing you know, we’ve got to go up against the big boys, you can’t just run from them and one horse.

"We’ve proven before given the ammo we can do the business. We’re not running in there just to make up the numbers and have a day out, he’s going there with a live chance.

"I think he’s great value at the prices for each-way punters."

Kenzai in Japanese means good health, and that’s exactly what Teal reports his star to be in, despite a stalled start to the season caused by the racing suspension.

He explained: "We’ve all had to back off our horses a bit without knowing when and where we’re going, so it’s been tricky but obviously we’ve had a couple of weeks notice now.

"He’s pleasing us at home and has wintered very well, I don’t think I would have got a run into him before the original dates anyway.

"I was contemplating taking him for an away day but we felt time was against us in the end.

"And sometimes you can do more harm than good with a fancy racecourse gallop. The facilities in Lambourn are good enough for us not to have any excuse about having him as fit as we can."

Teal’s exciting three-year-old is unbeaten in two starts and a Group 3 winner after a brave display in the rescheduled Horris Hill Stakes.

Teal is focused on one Classic at a time, but hopes his Warrior will make up into a Derby prospect post-Newmarket.

Jason Watson will be entrusted with the ride and it could be a weekend to remember for the youngster with the 20-year-old also set to partner 1000 Guineas favourite Quadrilateral.

Teal said: "He’s got stamina on his dam side and he’s a real galloper, more so than a horse with a massive turn of foot. So he’ll be suited by a step up in trip, definitely.

"We’ll get the Guineas out the way and if he runs well there, we’d be looking at the Derby for sure.

"Jason Watson will ride him. Jack Mitchell came in for the ride in the Horris Hill as Jason was banned at that point.

"But Jason has done a lot of work on this horse at home and he comes in and rides him out, so it’s fair we get him back on."

Course form is an invaluable trait at this stage in a horse’s career and the unique test of Newmarket’s straight Rowley Mile doesn’t faze Teal.

He added: "When we lost the Horris Hill from Newbury last year we were gutted as I knew where I had him but thankfully they rescheduled it at Newmarket.

"But that’s worked in our favour now as he’s got the experience at the track, that always helps as it’s a tricky track. If you don’t handle the undulations there you’re in trouble."

We all love an underdog story, but David vs. Goliath may be over doing it here.

And anyway, if you listen to Teal, Kenzai Warrior might be more than just a dark horse.