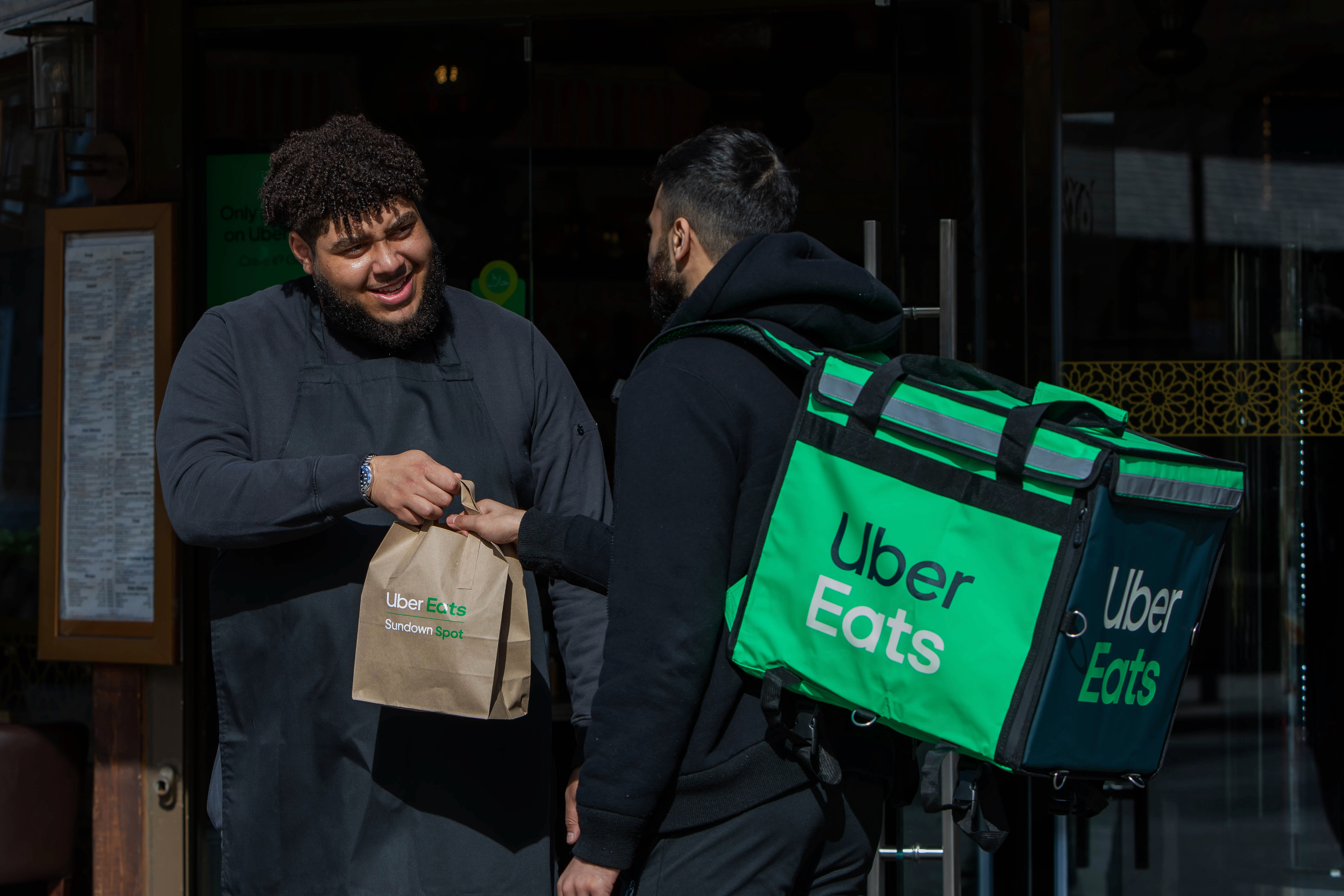 Uber Eats is launching a series of restaurant takeovers serving free Iftar meals to support food delivery drivers and couriers who are fasting during Ramadan.

The pop-up restaurants will offer Uber Eats’ couriers and drivers the opportunity to dine in, as well as a complimentary takeaway service for other delivery drivers observing Ramadan – regardless of which food delivery service they work for.

The ‘Sundown Spots’ will be opening in London, Manchester and Birmingham, with Muslim TV chef and rapper Big Zuu supporting the initiative and developing one of the dishes being served in the capital.

Running from April 25 to 27, the first Sundown Spot will open that day at the food delivery service’s Halal partner restaurant Ayam Zaman in Shepherd’s Bush, London, and will be followed by takeovers at MyLahore restaurants in Manchester and Birmingham.

The company has launched the scheme following research they commissioned surveying UK Muslims which found that 93% of respondents think there should be more initiatives from companies to raise awareness of Ramadan.

He said: ‘For me, Ramadan is a time to reset and reflect. Iftar is my favourite part of Ramadan, it feels like a pinnacle moment.

‘You take a step back, realise where you are now, and where you’re meant to be heading, so I’m pleased to be partnering with Uber Eats on an initiative that is celebrating the significance of this moment.

‘It’s so important that Muslims are represented and feel seen and heard in modern Britain, not least during the most sacred month in the Islamic calendar, so it’s great to be able to highlight the fantastic food our culture has to offer.

‘When it comes to opening fast, I’ll eat most things (apart from pork, of course), sometimes I’ll cook but often I’ll treat myself to a meal out or takeaway, and when it’s time to celebrate Eid, for me that’s also centred around food – a nice dinner, surrounded by my closest friends or family.

‘It’s important to remember that some people don’t always have family to cook for them, so food delivery services with Halal options like Uber Eats are really key to facilitating iftar for many fasters.’

As Ramadan is a month for giving, Uber Eats is also offering 50% off all first-time grocery orders placed throughout Ramadan, with the code SUNDOWN50, for those hosting Iftar dinners at home.

And for every Halal meal ordered on Uber Eats throughout the holy month, the food ordering platform will donate a Halal meal to its food distribution charity partner, City Harvest, which works with a number of local Muslim charities and food banks to ensure that as many people as possible are well-nourished during Ramadan and beyond.

Matthew Price, General Manager Uber Eats UK & Ireland, said: ‘Our Sundown Spots have been created to help facilitate opening fast for the many food delivery drivers and couriers observing Ramadan – and to recognise everything they are doing to keep the nation fed whilst fasting from dawn to sunset.

‘We’re proud to be able to show our support with this initiative and it’s our ambition to build on it next year – and reach even more people who continue to “Bring It” throughout Ramadan.’