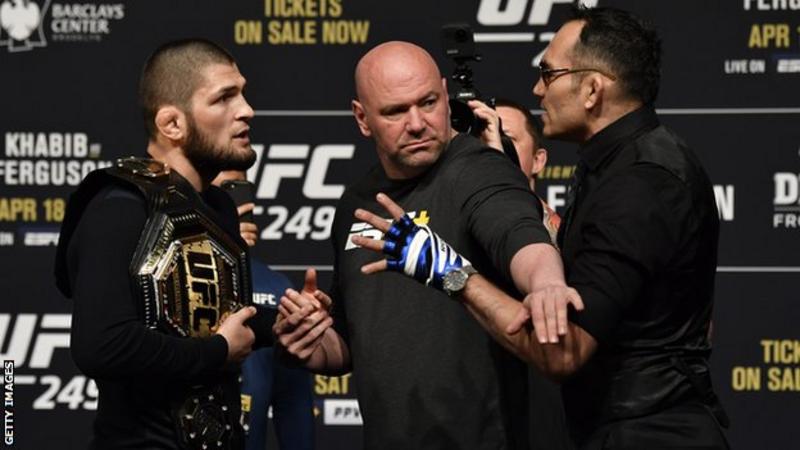 UFC has postponed the next three events because of the coronavirus outbreak, but its president Dana White says UFC 249 in April will go ahead.

The 18 April card is set to feature a lightweight title fight between Khabib Nurmagomedov and Tony Ferguson.

The promotion failed to move Saturday’s London card to a US venue and the following two scheduled events in Las Vegas have also now been put on hold.

US government measures have restricted gatherings to no more than 10 people.

In an email, UFC president White told staff “nothing is more important than the health and safety of you and your families”.

However, in an interview on ESPN, he said the UFC 249 event scheduled to take place in New York “is going to happen” but may not take place in the US.