It’s been underutilised for seven years: a grand cavernous space carved from the harbour headland best known as the backdrop for several car television commercials and a venue for the 2022 Biennale.

The NSW government is poised to announce a new fit-out to revive Barangaroo’s the Cutaway amid mounting pressure for it to deliver an Indigenous art and cultural centre at Barangaroo’s Headland Park. 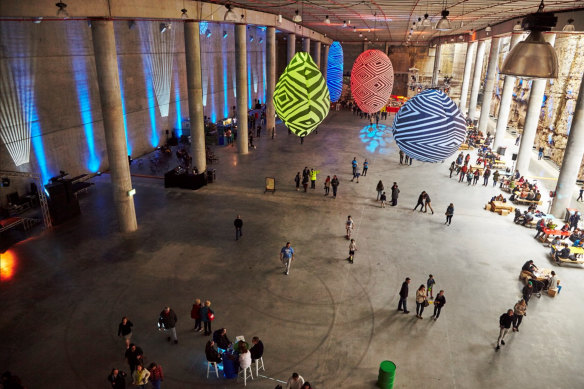 The Cutaway, Barangaroo is destined for a refit. Credit:Infrastructure NSW

The Metropolitan Local Aboriginal Land Council (MLALC) says it is a “travesty” that Sydney lacks a culture centre staffed and governed by Aboriginal people or a permanent keeping place for Aboriginal cultural artefacts.

“It’s a space as big as the Opera House main performance hall, and it’s really sad that this space remains empty; vacant despite our best endeavours ours to put together cultural projects of the highest quality. To leave it practically empty is an embarrassment for everyone. I’m not joking when I say we’d be better using it as an indoor cricket space.

“At a national Indigenous cultural centre at Barangaroo, we could not only show arts and dance but carving, weaving storytelling, the whole gamut, and we could have exhibitions and displays and artist in resident sharing their culture from right across the country.”

The Cutaway, with its flexible shell space, 6500-square-metre footprint and cathedral-like ceilings, is buried in a hill created from a flat wharf – largely the result of Paul Keating’s vision to reinstate the naturalistic headland. 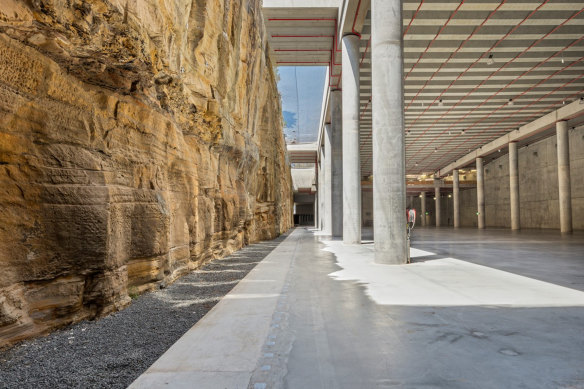 The Cutaway has been carved out of sandstone rock with parking for 300 cars under its floor. Credit:Infrastructure NSW

Infrastructure NSW has been developing concept plans to upgrade utilities, and acoustics at the Cutaway to create a versatile function space and potential art gallery.

Asked about its plans, Infrastructure NSW said the refit would allow the Cutaway to realise its full potential as one of Sydney’s premier venues for national and international events.

The first stages of the project would see an architect and design team complete a concept design and seek relevant planning approvals during 2022. Subject to planning and design, construction is expected to be complete in mid-2024. 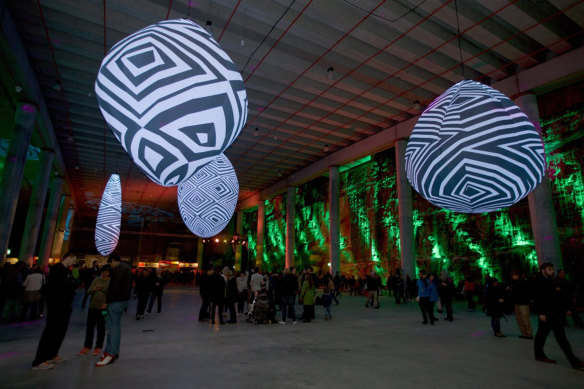 The Cutaway hosted the 2022 Sydney Biennale.Credit:

The matter went out to national consultation in 2016 and the findings of that report, commissioned by the now defunct Barangaroo Delivery Authority and undertaken by Boston Consulting Group, were never shared with council.

No further discussions had taken place with the NSW government since 2020 Mr Moran said. Then, the government told Aboriginal leaders it could fund the return of Goat Island to Aboriginal custodianship but not also a centre at the Cutaway.

“It left us all bereft,” Mr Moran said. “It’s the goodwill I worry about. How long can we maintain offering to share our culture in respectful and collective way when we are not even seen to be a priority or even relevant in the cultural landscape of Sydney.”

Shadow Minister for Arts and Heritage Walt Secord said NSW Labor has long advocated for the Cutaway to include a “hallowed” Aboriginal cultural space and urged the Perrottet government to honour this longstanding commitment.

“Sadly, central Sydney lacks sufficient recognition of the state’s rich First Nation history and culture; the Cutaway provides an appropriate and auspicious location to address this.”

Lord Mayor Clover Moore is supportive of the continued use of the Cutaway for cultural purposes.

“The lord mayor recently toured the Cutaway as part of this year’s Biennale and was impressed with its scale and adaptable use,” a spokesperson said.

Last month NSW Premier Dominic Perrottet announced the Museum of Sydney, site of Australia’s first Government House, would be transformed into an Indigenous cultural space dedicated to the culture and history of Aboriginal people.

Mr Moran dismissed this enterprise as “another government run institution operating on another non-Aboriginal place”.