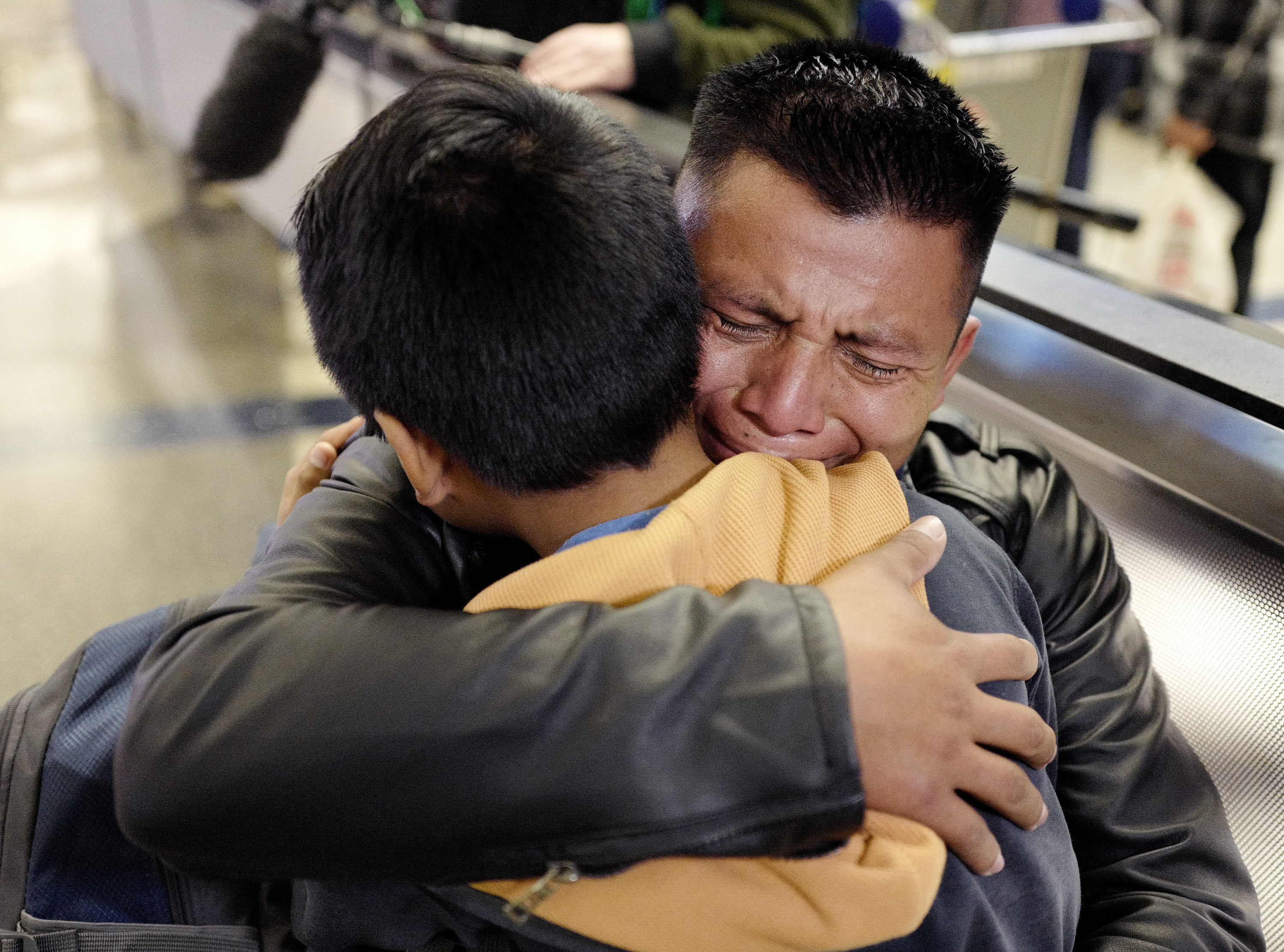 David Xol-Cholom, of Guatemala hugs his son Byron at LAX as they reunite after being separated for over a year.

All US agencies involved in separating immigrant families failed to accurately track parents and children, making it difficult for the government to reunite them in some cases, according to an unpublished report from the Government Accountability Office that was obtained by BuzzFeed News on Tuesday.

Investigators looked at 40 records of children who were separated between June 2018 and March 2019 and found that Border Patrol agents didn’t initially record 14 as having entered the US with a parent and failed to record the separation. The GAO also found an additional 10 children among the 40 whose family separations were not documented in Border Patrol’s data system as required.

“It is unclear the extent to which Border Patrol has accurate records of separated family unit members in its data system,” the report states.

The GAO also found that Border Patrol agents inconsistently recorded information about the reasons for and circumstances surrounding family separations on required forms. Border Patrol officials said data-entry errors may have been the result of the demands agents faced amid an increase in families they apprehended.

Bennie Thompson, chairman of the House Homeland Security Committee, said it was damning that the public may never have a full accounting of how many families were separated and that Border Patrol still may not be properly tracking them.

“Not only was this administration’s family separation policy heartless – they bungled its implementation at every turn,” Thompson said in a statement. “The Acting DHS Secretary claims no children have been lost – but is withholding documents on this matter from Congress. It’s time for the Administration to come clean and provide these so we can get a full accounting of this policy.”

The GAO findings follow other government watchdog reports that have taken the Trump administration to task for the way it separated families at the southern border. In the spring of 2018, the Trump administration announced the so-called zero tolerance policy that led to thousands of children being systematically separated from their parents by immigration authorities.

The Trump administration’s efforts to reunite families were hindered due to its lack of accurate and systemic records. At one point, government agencies in charge of reuniting separated immigrant families claimed to have streamlined the process with a central interagency database that tracks the location of children and parents, but a government watchdog report later found no evidence it ever existed.

Another agency that separates families in its custody, ICE, relies on a manual process to track family separations and doesn’t systematically record the information in its data system, the report states.

“Without a mechanism to do so, ICE does not have reasonable assurance that parents whom ICE separated from their children and are subject to removal are able to make arrangements for their children, including being removed with them,” the report adds.

At the height of family separations in 2018, some parents were deported without their children, or were released into the US without any information on where their kids were, making reunification difficult. Even if they had information from one agency, there was no guarantee another US agency had the same information to help facilitate their reunification.

This was due, in part, to agencies not sharing information as they should, the GAO report says, despite interagency agreements within DHS and HHS regarding unaccompanied minors, which is what separated children were listed as by the government.

Employees at DHS haven’t consistently provided information and documents to HHS per the agreements, which the agency needs in order to figure out where to place the child in its care, the GAO said.

“Increased collaboration between DHS and HHS about information sharing would better position HHS to make informed and timely decisions for UAC,” the report states.

DHS’ formal written reply to the report said that amid having to process a large number of families apprehended at the border it issued policies, guidance, and implemented a new system to strengthen processing and address reporting gaps.

DHS also said that ICE and CBP share information with HHS’ Office of Refugee Resettlement when it comes to helping them reunite children.

“DHS and its components remain committed to continuing collaborative efforts with major stakeholders to improve the processing of family units and collection of data, while safeguarding the American people, our homeland, and our values,” said Jim Crumpacker, director of the liaison office with the GAO.